A Traditional Federal-Style Building in Brunswick is Made New Again 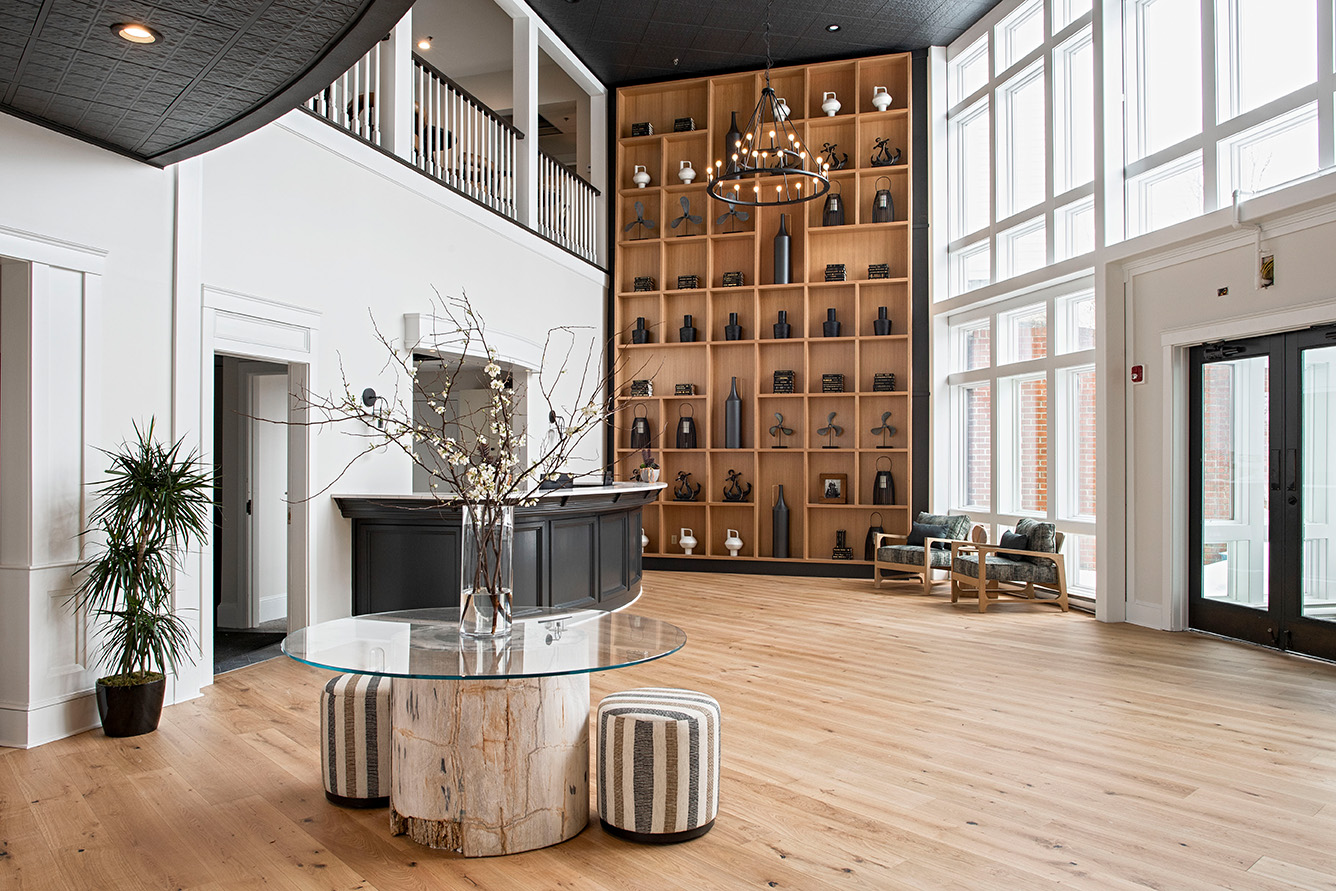 “The Federal hotel is made up of two distinct spaces. There is the traditional federal-style building, which was the Daniel Stone residence in the 1830s, and the general hotel portion, which was added in the ’80s. I was tasked with designing the hotel’s lobbies and the rooms of the historic building, which were being used for storage at the time. I had to keep in mind that I was creating a more transitional, contemporary look for the hotel, with a crossover to the rooms in the historic building.

“This is my ﬁrst hotel and restaurant project, and the clients gave me carte blanche, trusting my judgment on what I thought should ﬁll the space. I wanted to bring a more cosmopolitan feeling to the hotel while highlight-ing some of the older design aspects of the building. I also tried to bring nautical elements into the design. That’s why you see nautical ﬂair on the bookshelf and light ﬁxtures. I wasn’t trying to overlook the fact that the hotel is in Maine; I just wanted the space to feel a bit more avant-garde.

“I designed the ﬂoor-to-ceiling shelf, built by People’s Kitchen, a custom cabinetmaker from North Yarmouth. The center table in the lobby is made of petriﬁed wood, and god only knows how many years old it is. It weighs 1,300 pounds and took seven people (and a lot of very clever engineering) to move it to its current location. My daughter Alexandra, who owns a social media marketing business in Los Angeles called Aesthetically Neutral, helped me design, select, and source all the accessories, especially the elements on the bookshelf.

“My husband, Gerard Kiladjian—the managing partner of the Federal and 555 North—has been a hotelier for over 30 years and was insightful regarding what de-sign elements are needed to operate a successful boutique hotel. To have that direct collaboration between the hotelier and the designer was incredibly helpful. Moving forward, we plan on collaborating on similar projects in Maine.”