Use the classic cross-hatch to make a statement, ground your design, or tie together a color scheme 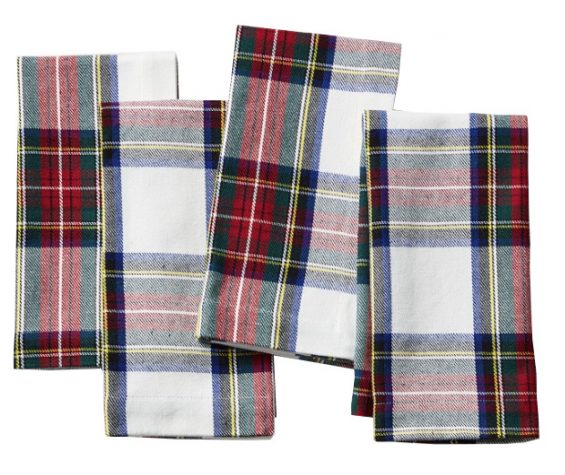 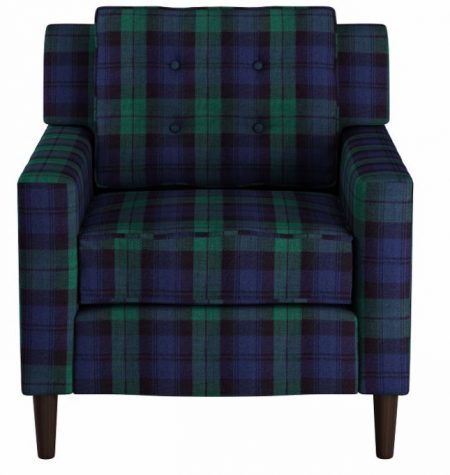 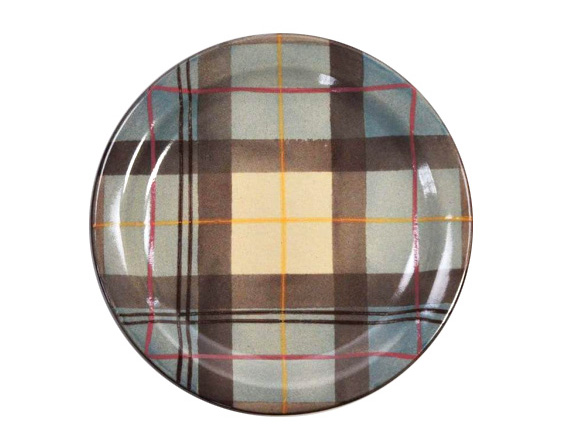 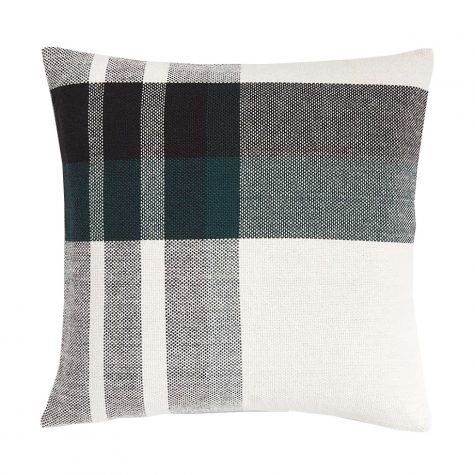 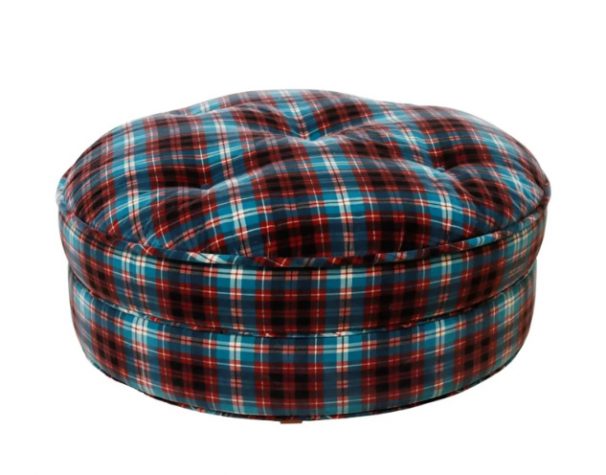 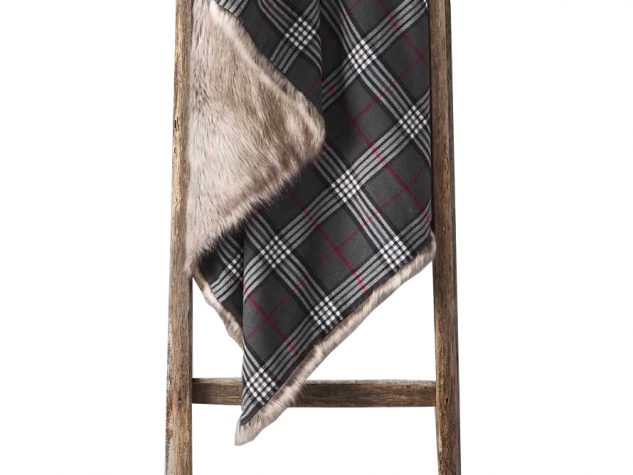 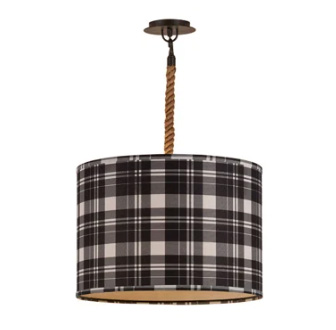 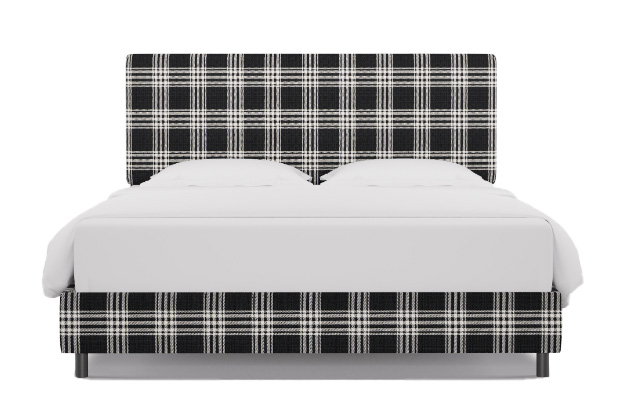 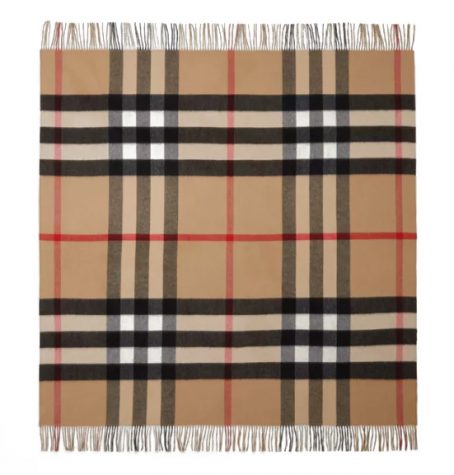 In Maine, decorating with plaid calls to mind cabins outfitted with woolen blankets, but there’s so much more to this versatile pattern than its traditional image. The world of fashion shows us that plaid can be preppy (think Ralph Lauren’s traditional world), woodsy (hello, L.L.Bean), or even punk-rock (thank you, Vivienne Westwood). It’s the same with interiors: plaid can feel modern, fresh, and even a little subversive, or it can read as a symbol for old-world tradition.

Plaid can be an accent or a showstopping focal point, but no matter where tartans are used, the warp and weft colors unite in a harmonious way that can pull a room together in an instant. Tartans also allow designers to be playful: Even a single stripe of a bright color in a plaid pattern can give you permission to bring that color forward.

Color also changes how plaid designs feel: Cast in acid-bright hues, plaids can be bold and edgy, but they can also be super subtle, when rendered in shades of cream and taupe. Plaid is truly the most versatile of patterns. Read on for how to use it in your own home.

Use a pop of plaid.

Designers love plaid as an accent. Of course, a throw pillow or a blanket is an easy addition to any room, but Sarah Cole, the principal designer at Sarah Cole Interiors in Newton, Massachusetts, says she loves plaid for slightly larger accent pieces. “I use plaid in almost every project,” Cole says. “Chairs, ottomans, and rugs are the top three places I’ve used plaid,” she adds, noting she’s currently working on a project with an ottoman upholstered in a bright turquoise plaid.

Make a statement with plaid.

If you’re going to go big with plaid, say walls or sofa upholstery, designers caution to let it be the star of the room. In a small bedroom, Christina Valencia, a designer and partner at the creative agency Colossus Mfg. in Northern California, made plaid wallpaper (Graham and Brown’s Heritage Plaid) the focal point, tempering it with stonewashed blue linens and the room’s existing natural wood. Two butterscotch reading lights lightly break up the sea of pattern.

But be careful not to overwhelm.

While designers say it can be fun to go bold with plaids and tartans, they caution that it’s easy to have too much of a good thing. “Sometimes on larger items you have to be careful that it doesn’t overwhelm the space,” says interior designer Sarah Fischer of Sarah and Sons Interiors in Yarmouth. Likewise, Cole cautions she has never done a tartan for draperies, where it can draw too much attention.

“Plaid is a very bold and specific print,” says Bryan Yates of Yates Desygn in Dallas. “Consider the relationship it will have with the rest of the design scheme to create a cohesive palette.” Pair tartans with quiet and simple patterns—or just solids. Cole and Fischer both say that, with the right balance of scale and colors, florals can play well with plaids. All the designers we spoke to said it is difficult to mix multiple plaids in one room.

Use plaid to connect eras.

According to Cole, plaid can be a bridge between modern furnishings and an older house, or between antiques and a new build. For example, in a historic home Cole is designing for a family, the teenage son wanted a more modern look. “We’re going to do black and white plaid bedding on a really contemporary bed frame. It bridges the gap back to the architecture,” she says.

Pull a color scheme together.

If you’re looking for a way to bring a room’s color scheme into focus, look to plaids. Search for a fabric or home accessory that incorporates the colors in your room. With all your colors concentrated into one design, the rest of the room will automatically feel more pulled together. Or start with a plaid you love and draw all your other colors from it.

Cole loves to use plaids underfoot. For example, in a boy’s bedroom she specified a cream, gray, and blue plaid rug, which became the focal point of the design, and in a recent bathroom design Cole opted for plaid-patterned tiles for the floor. “Look for a simple plaid for a floor,” says Cole. “For pillows, accessories, or even upholstery, you can get a little more complicated, but you don’t want the ground to be too busy.”

If you’re not ready for a traditional tartan, the designers we spoke to say to use a quieter palette. “An all-neutral plaid would be both graphic and grounding at the same time,” says Fischer. Cole notes that a light, neutral plaid is especially nice in a summer home. “We once did a chair in a Holland and Sherry plaid that was an ivory with gray and blue stripes. It was still really light; it didn’t feel heavy even during the summer.” Or, try a so-called “shadow plaid,” a grayscale tartan composed solely of blacks, grays, and whites.

The History of Plaid

Hollywood would have us believe that Scottish clans’ tartans have been passed down through the generations, and indeed Scottish literature does refer to the signature plaids as far back as the thirteenth century. However, the history of tartans is a lot murkier than a straight line from Braveheart to the kilts being hawked to tourists today. In fact, according to the Scottish Tourist Board itself, the classic kilt is a relatively new invention (in the days of yore, your tartan would have been a simple blanket to be wrapped around the body or used in the typical way).

By the time of the Battle of Culloden in 1746 (when the Scots were forced to abandon their dreams of a Scottish monarch on the throne of Great Britain), tartans had become a strong symbol. Afterward, it was illegal to wear a tartan because it was a show of dissidence; however, the law was lifted within a generation. When King George IV visited Scotland in 1822, he wore a tartan kilt, drumming up a desire for tartans among the Scottish and helping the kilt become part of Scotland’s national identity. However, according to Jonathan Faiers, the author of Tartan (Textiles That Changed the World), it was Queen Victoria and her husband Prince Albert’s fondness for plaid that secured the tartan tradition. After the regent decked out her Scottish retreat, Balmoral, in a gray plaid said to be designed by Albert himself, the clans of Scotland codified “official” tartans of their own.

Today, there are approximately 350 Scottish clans, and most have both an everyday and a dress tartan—some clans have as many as five! We think of these tartans as “traditional,” but their history is more invented than truly historical, making tartan what Faiers calls a “cloth of nostalgia.” 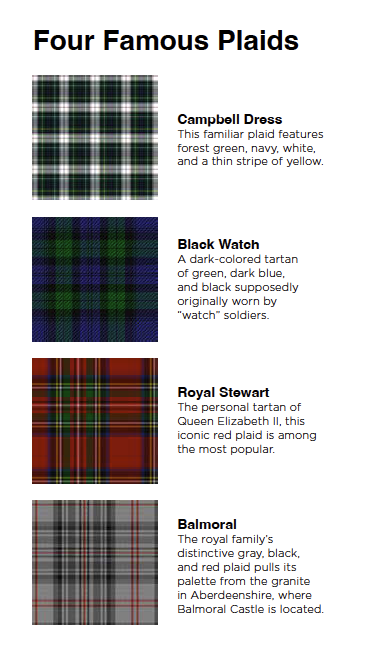 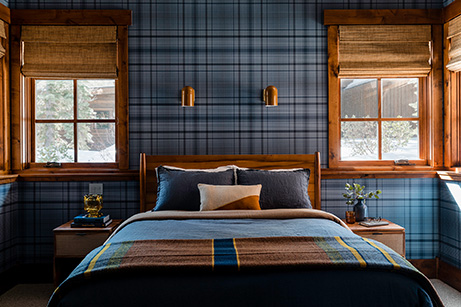 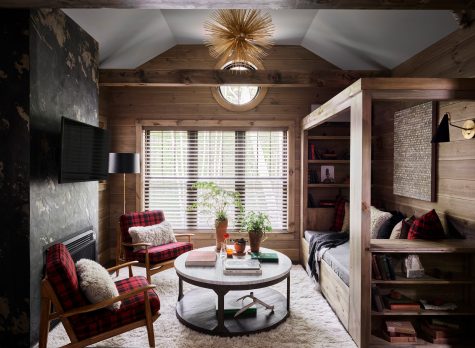 The interiors of the From Away Lodge by Todd Snyder at Hidden Pond in Kennebunkport demonstrates how Maine’s classic plaids (in this case, actual L.L.Bean fabrics) can be interpreted in a luxurious and modern way. (Photo: Douglas Friedman) 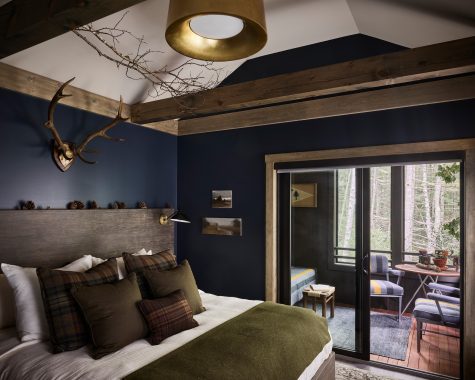 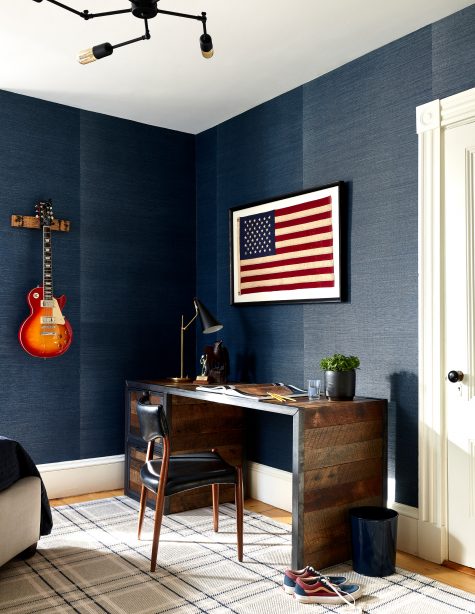 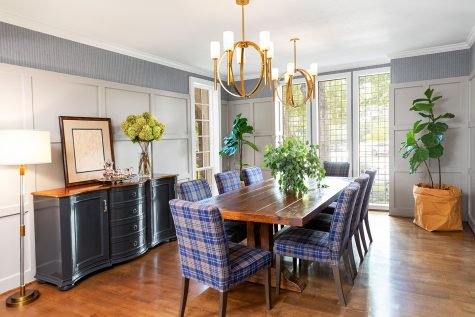 Designer Bryan Yates chose plaid upholstery on the chairs in this dining room, but strategically kept the rest of the room relatively quiet and neutral. (Photo: Michael Wiltbank)