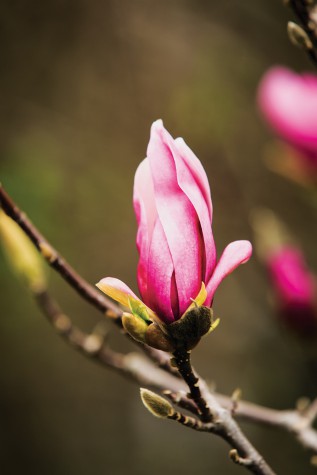 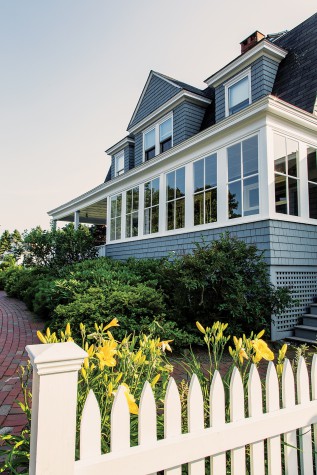 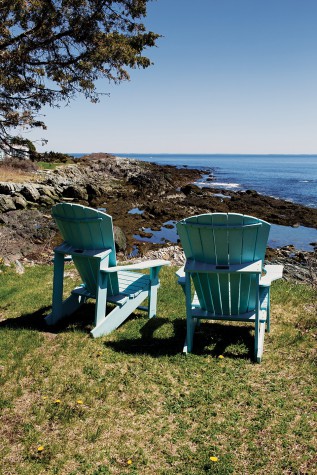 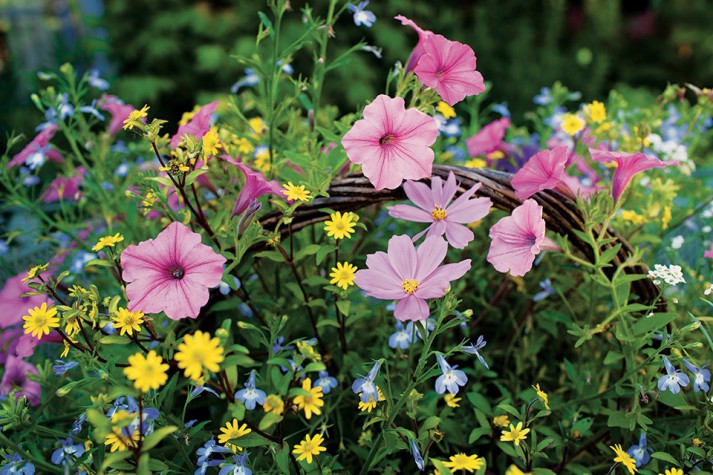 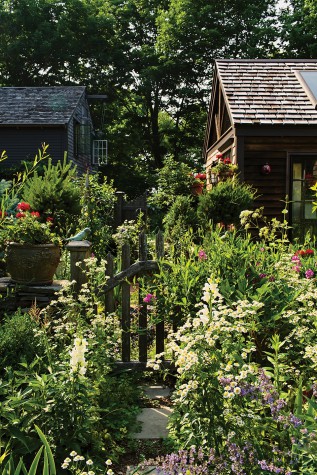 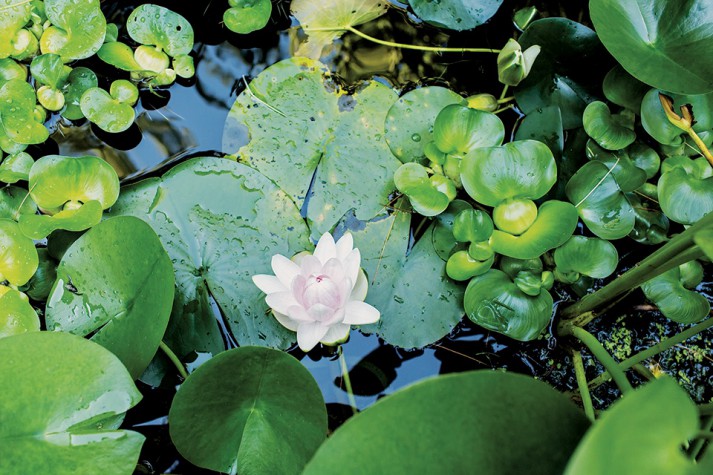 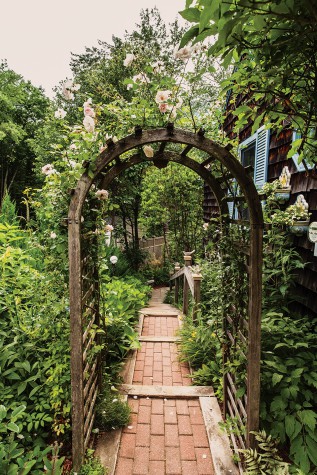 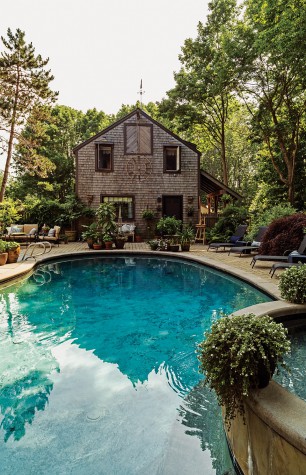 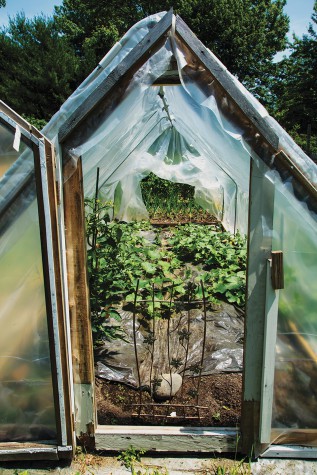 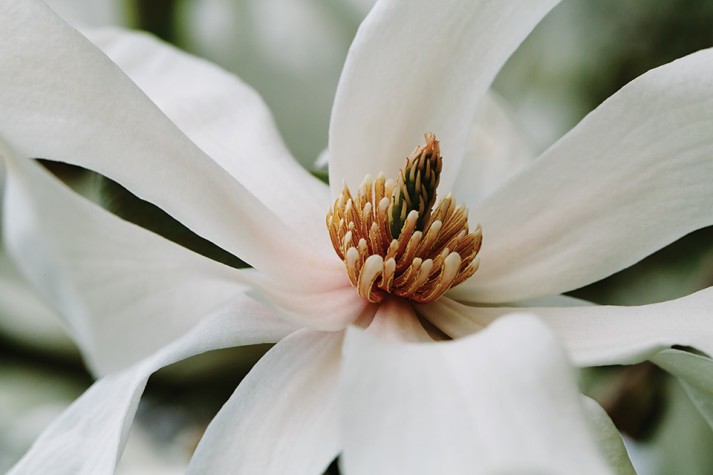 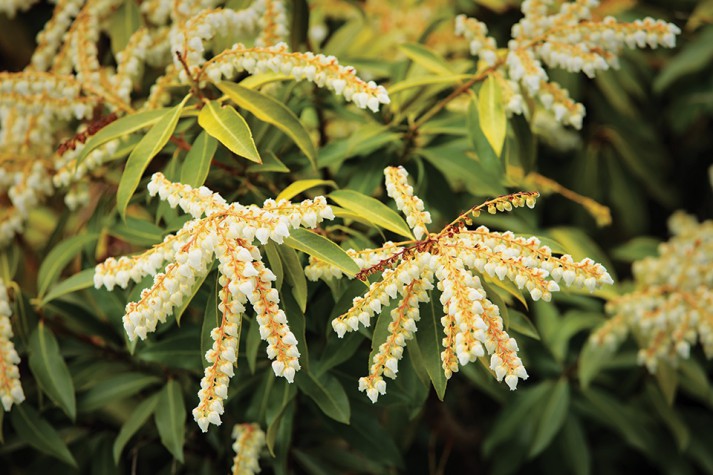 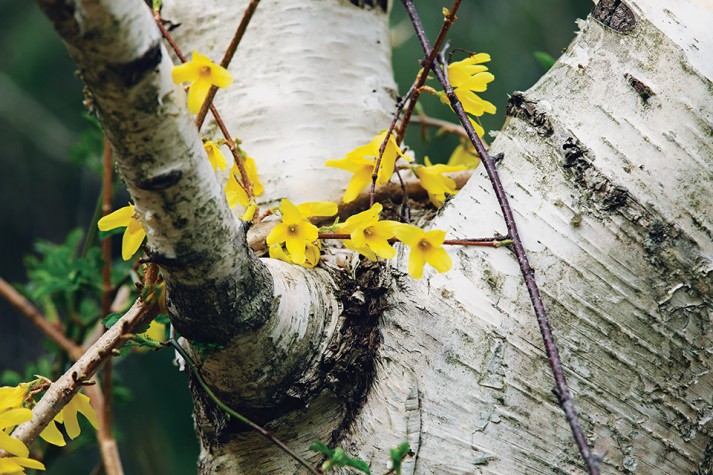 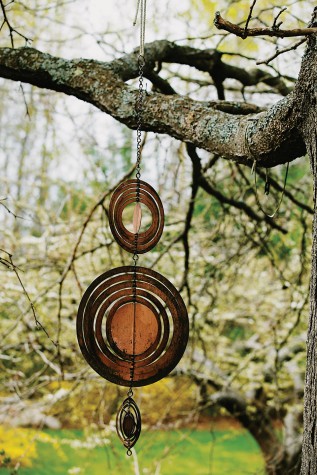 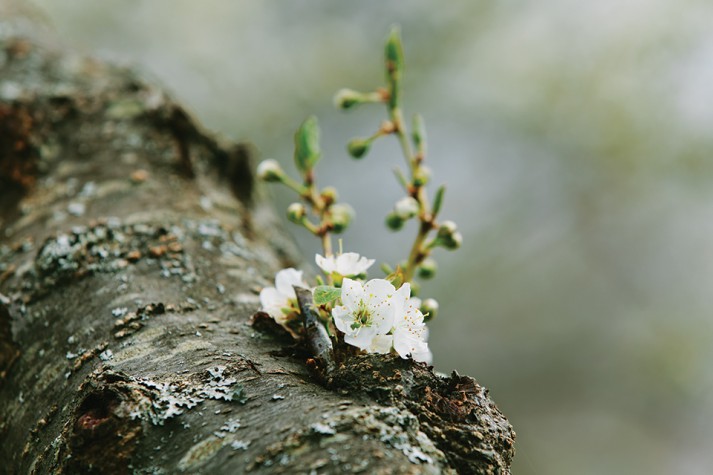 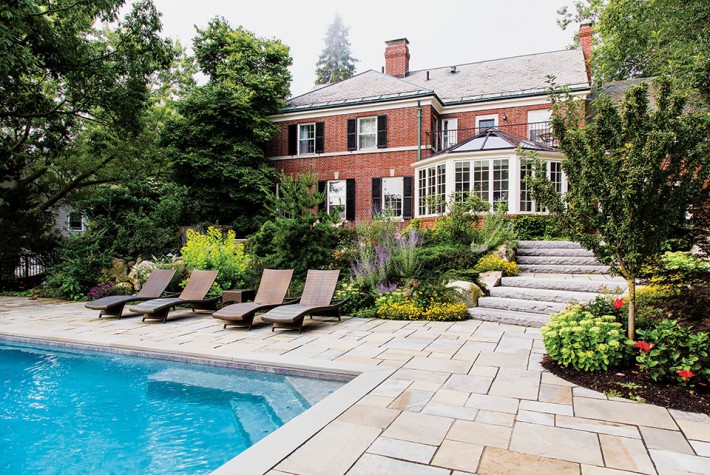 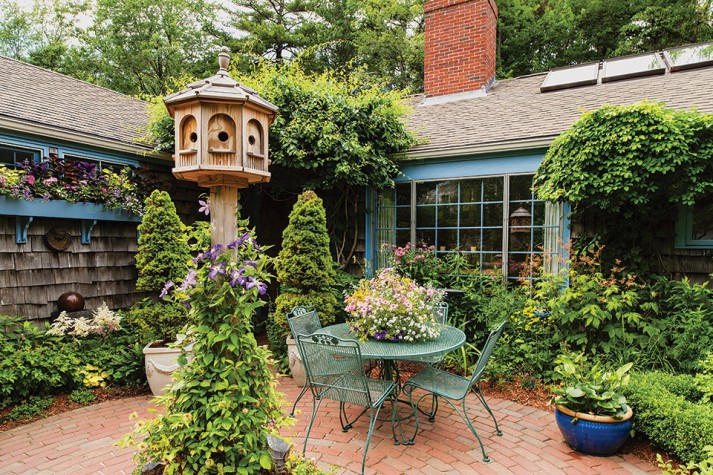 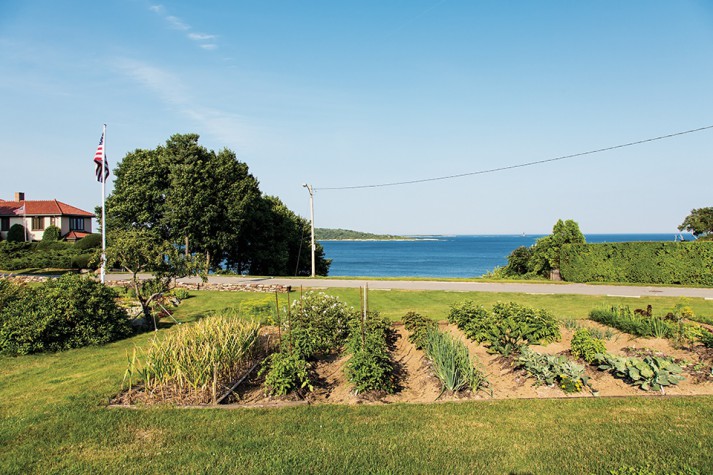 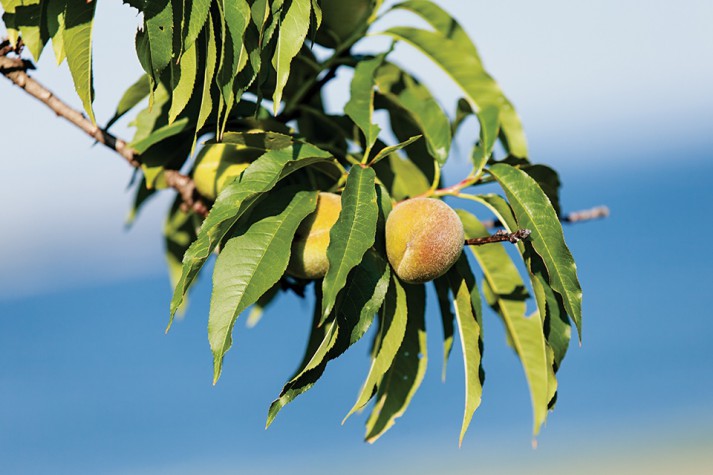 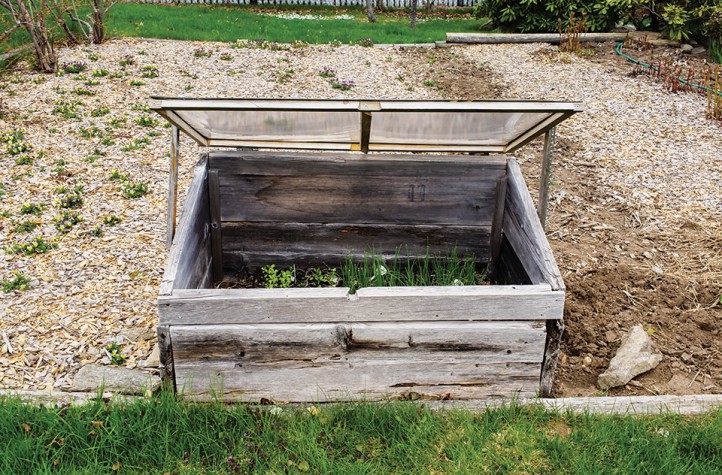 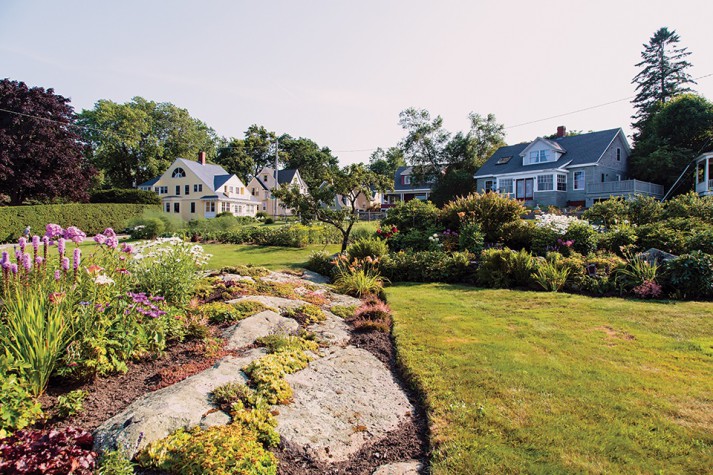 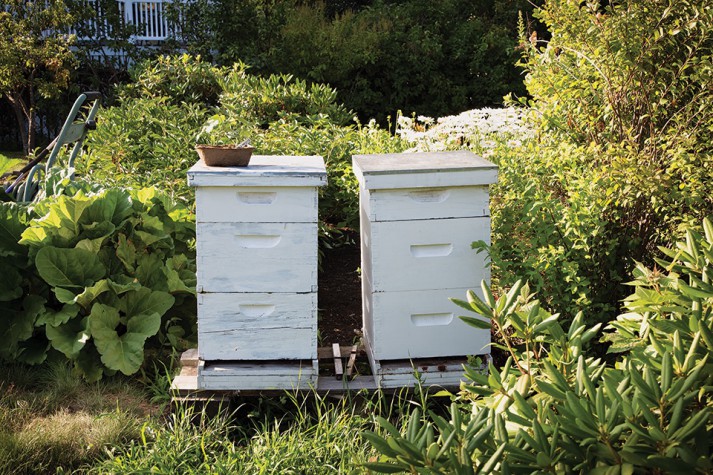 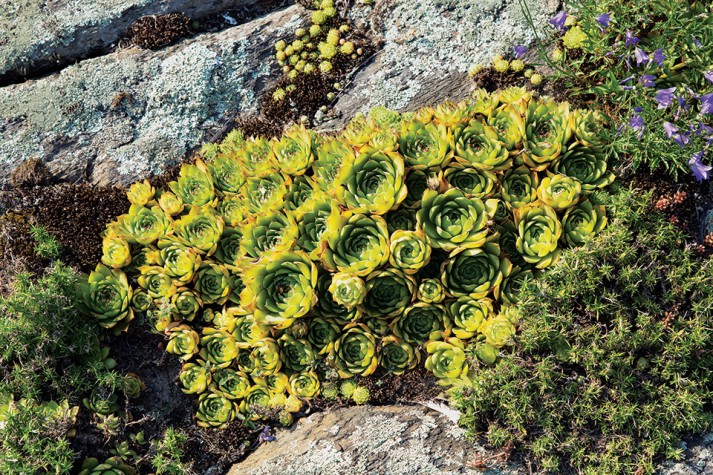 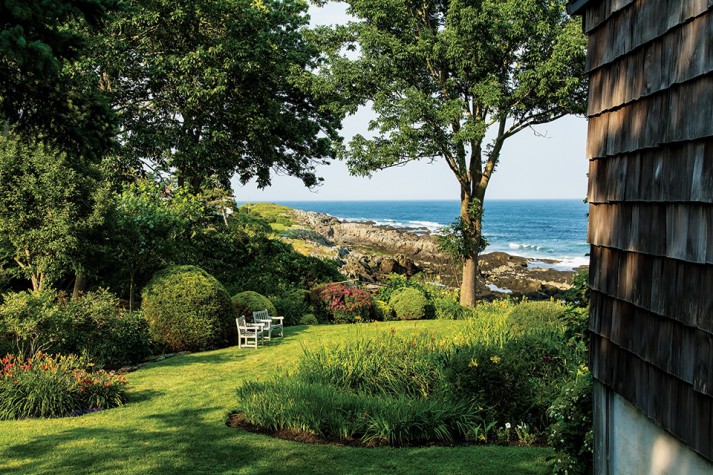 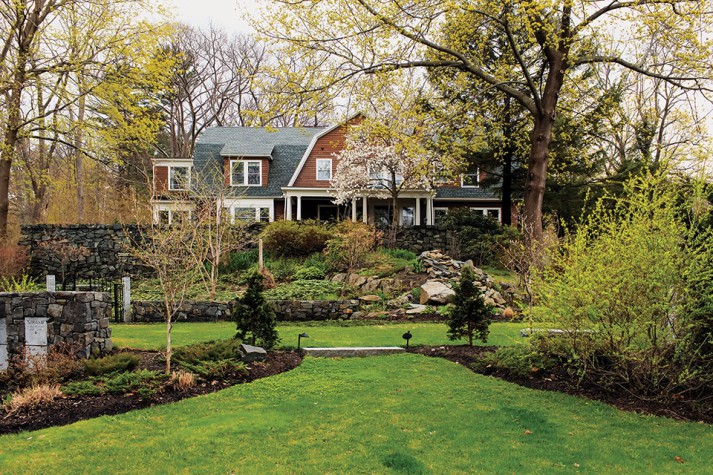 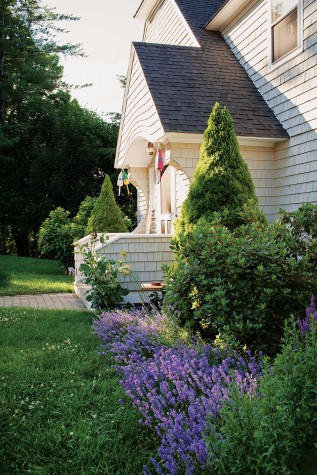 I like a good cause that gives me a chance to explore, and that’s just what the Cape Elizabeth Garden Tour is: an opportunity to wander through some of the town’s prettiest privately maintained gardens. There’s no invitation required, just a $20 to $25 ticket that benefits the Arboretum at Fort Williams Park. (Maine Home+Design is a proud sponsor of the tour.) The 11 gardens on last year’s tour ran the gamut from formal to funky, rocky coastal to wooded inland, and dramatic to peaceful. Some of the gardens are designed and maintained by professional teams, but more frequently they are simply the work of passionate home gardeners.

Visitors could see how Tony and Beth Owens’s seaside organic garden allows them to produce much of the food they eat, thanks to an 80- by 40-foot vegetable garden, herb plantings, berry bushes, fruit trees, a 30-year-old asparagus bed, and two beehives. Those who know Tom Atwell’s Maine Gardener column in the Portland Press Herald can observe how he and his wife, Nancy, put their knowledge into practice in what Atwell describes as four distinct gardens: “a vegetable garden with flowers mixed in; a series of flower gardens created with a mix of shrubs and herbaceous perennials; a series of flat brickwork making up a patio, driveway, walkways, pond, and garden edging; and a small section of woodland.”

There was a chance, too, to reflect on how a garden can be intimately connected to the architecture of the house it surrounds. “My house is a 1923 John Calvin Stevens cottage,” says Janet Villiotte, “which inspired my approach to the gardens. I was thinking of English-cottage- style landscapes—informal and colorful, with edibles and ornamentals in mixed plantings for maximum visual impact and optimal use of small spaces.” Ted Carter of Buxton’s Ted Carter Inspired Landscapes was similarly influenced. The Georgian architecture of Barbee and Drew Gilman’s house inspired a stately landscape: mature foundation plantings at the front of the house and tiers at the back that transition from an upper level with bluestone terrace to a mid-level pool area and a lower grassy level. Each section is defined with stone steps, boulders, and plantings that include a flowering crabapple tree, hydrangeas, and roses.

The 250-year-old home of Will Tanner and Thom Sacco was one of the showstoppers on the 2014 tour. Much of the inspiration for the garden came from Tanner’s parents, who were enthusiastic gardeners in Virginia. When Tanner and Sacco relocated to Maine from Washington, D.C., there was little around their house—only a few shrubs by the pool and some mature trees—so Tanner created eight very full gardens, including walled gardens using the stone from the foundation of a barn that originally stood on his property. Because Tanner and Sacco had a townhouse in D.C., Tanner was used to gardening in pots, so even with more growing space in Maine, he used potted plants to define areas and add drama. Initially, people told Tanner that what he was used to growing wouldn’t survive in Maine, but he experimented anyway, largely with great success. For instance, boxwood and white bee balm were a big part of his parents’ gardens, so he tried them, and they thrived. He also has had luck with the camellias that his mother loved, pomegranates, and figs, but he brings these into an unheated sunroom for winter and puts them back out in early spring. Most of the colors in his garden are light pastels, pinks, purples, and whites, but potted red geraniums surround his house, as they were a favorite of his mother’s.

Paula Klimek and Robert Cornett also appreciate very full gardens. Well versed in the English Arts and Crafts movement, they designed a garden that reads as a series of distinctive “rooms,” starting with a courtyard surrounded by perennials. “That is the part people instantly get charmed by. It’s British cottage garden,” Klimek says. From the courtyard, one goes down a few stairs with a variety of hydrangeas on one side of the path and butterfly bushes on the other. The steps lead to the largest space in the garden, which Klimek thinks of as her “great room.” It has a bed of lilies, a bed of grasses, and a bed of roses, as well as two stonewall beds, one with dahlias and the other with shrubs and fruit trees. Around the corner from this space is a patio, beyond which one walks through a fairy and gnome garden, which ends at a gate that leads to a meditative Asian garden with a pond. An arch then leads to Klimek’s vegetable garden. Finally there is a white garden that is dedicated to the feminine: “It’s all white with images of goddesses from different cultures. I love that people feel elevated and nurtured when they visit,” Klimek says. “People feel our garden is a healing place.” She and her husband work on the garden themselves, although in recent years they have hired a maintenance gardener, as Klimek has had some physical disabilities that limit her planting. Still, she says, “I’m a madwoman running around in my wheelchair.” Her garden has evolved over many years. “You can’t make all the decisions at once and have it truly resonate with your soul,” she says.

Another garden that is meant to resonate with the soul is the memorial garden at St. Alban’s Episcopal Church, whose outdoor space was consecrated as a chapel by the bishop of Maine. Open to all (even without a Cape Elizabeth Garden Tour ticket) the garden has a granite altar, benches, and baptismal font, which, along with select trees, have been given as memorials. The gardens also include hydrangeas, peonies, cardinal viburnum, azaleas, lilacs, holly, astilbes, and Japanese willow. The space formed by the flowers and walkways allow for social gatherings and children’s play, as well as quiet contemplation.

What all the Cape Elizabeth gardeners seem to share is a love for the very act of gardening. “I lose myself,” says Priscilla Armstrong of her colorful garden, where she has lately been experimenting with a new variety of peony, and Will Tanner seems all too happy to spend three or four hours a day in his garden. Beyond that there is the clear delight in sharing their efforts with others. “I hope people enjoy it, when they come to visit,” Armstrong says simply. “We have worked to make nature accessible,” says Klimek. James McCain, director of the Arboretum at Fort Williams Park, has endeavored to do the same. The gardens at Fort Williams are always open to the public, and he’s hard at work at this year’s 2015 Cape Elizabeth Garden Tour, scheduled for June 20 and featuring different gardens, another chance to experience the range of what Cape Elizabeth gardeners have to offer.