The Charge of the Right Brigade 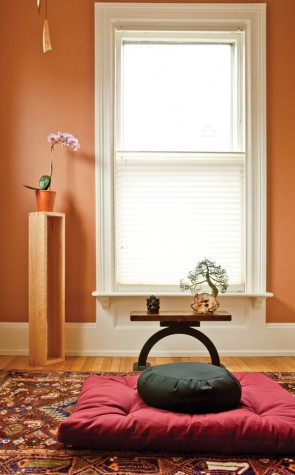 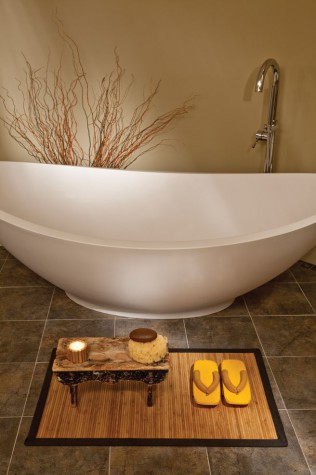 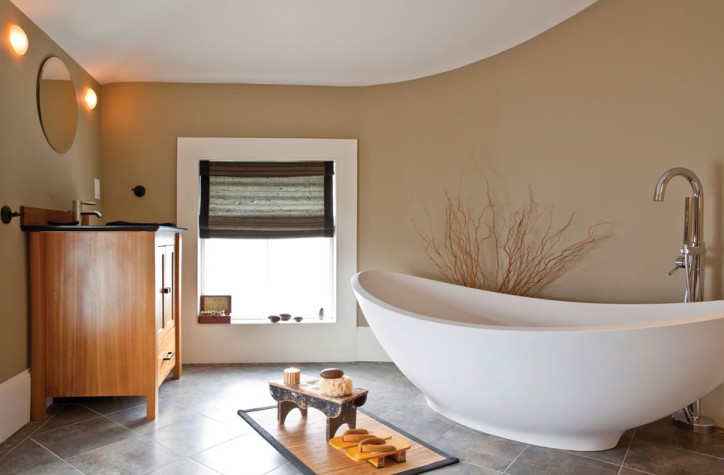 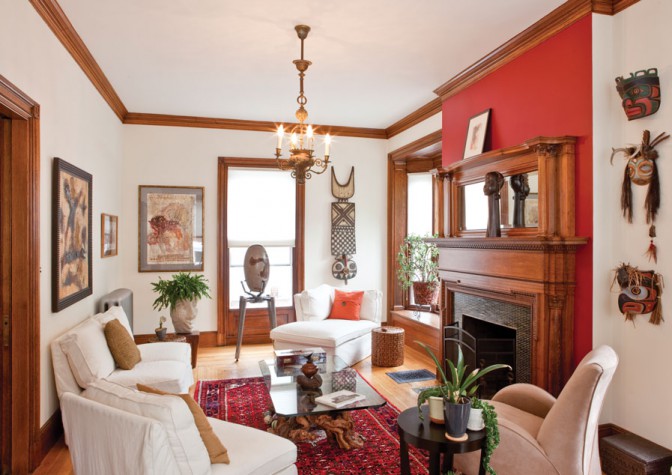 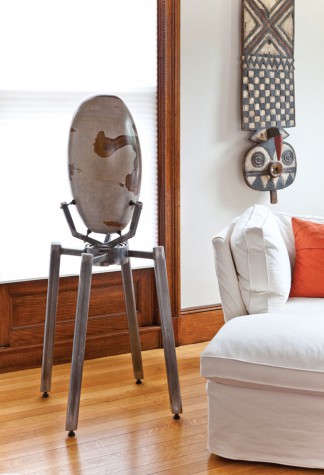 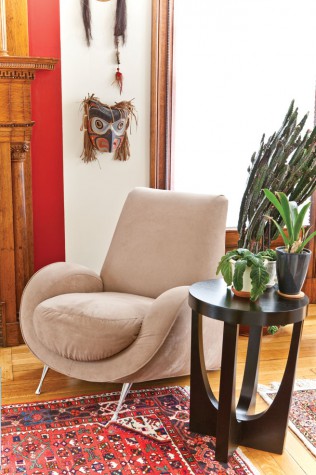 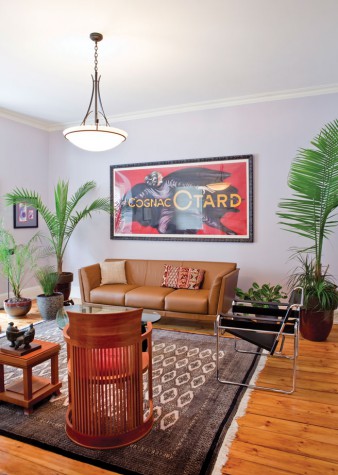 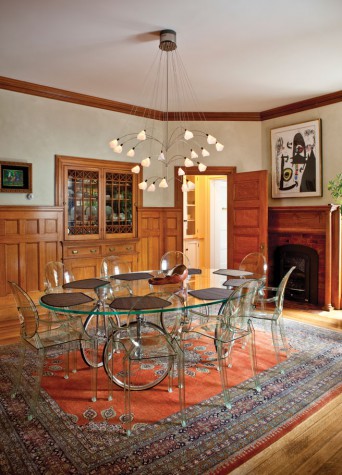 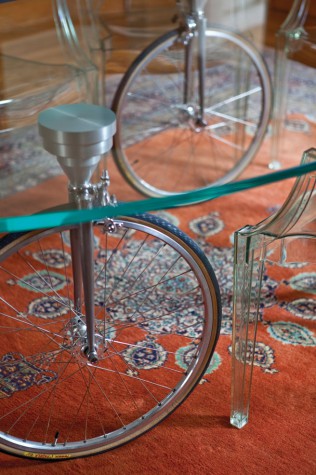 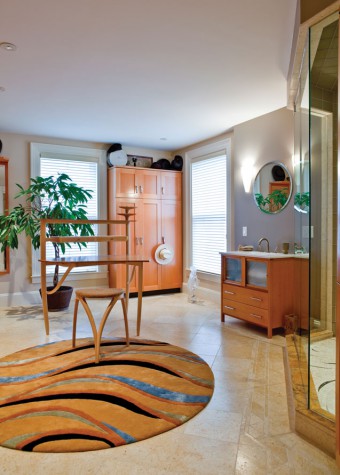 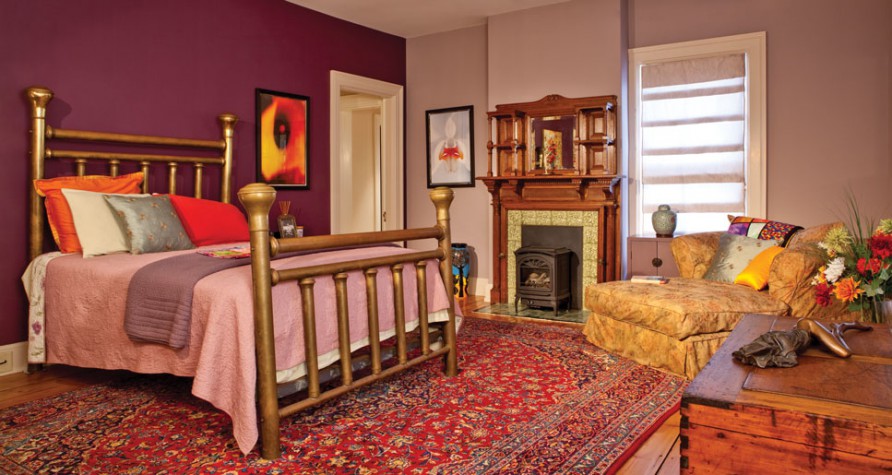 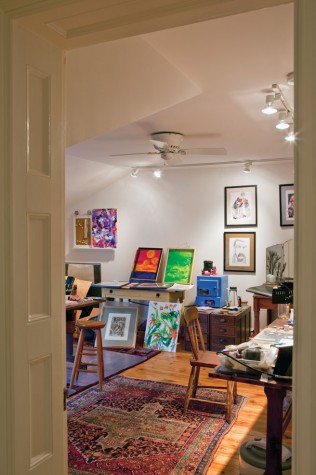 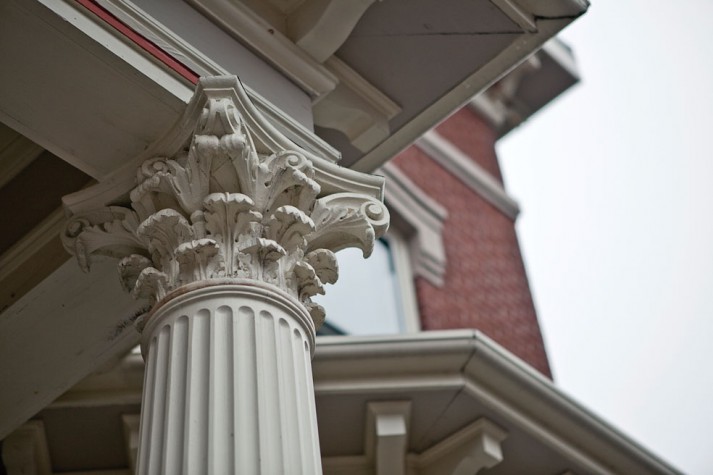 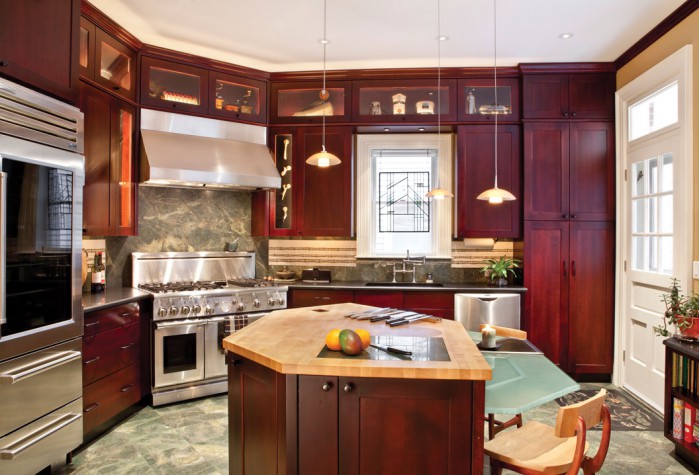 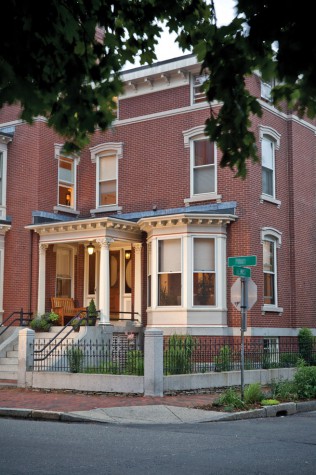 Apart from Civil War buffs, the name Holman S. Melcher doesn’t ring a bell for many folks in Portland anymore. That’s too bad. Besides having a they-don’t-name-kids-like-they-used-to first name, he was also a fine upstanding citizen: a two-term mayor (1889–1890), a successful wholesale grocer, and the man responsible for changing the name of Market Square to Monument Square. He was also the homeowner who hired architect John Calvin Stevens in 1893 to expand his home on Pine Street—most likely so that his daughter and her family could live in one side of the renovated structure, while he and wife lived in the other (fancier) half.

And it was Lieutenant Melcher of the 20th Maine Volunteer Infantry—rather than the famous general and Maine citizen Joshua Chamberlain—whom some scholars credit for having initiated the celebrated bayonet charge at Little Round Top, a turning point during the Battle of Gettysburg and thus for the Civil War as a whole.

So perhaps it is fitting that the house’s latest occupants, Donna Roggenthien and Ron Leeking, assumed ownership in 2005 with a warrior spirit. Their bayonets would not be affixed for awhile, however, as the battle didn’t begin right away—the house was already being worked on by a developer and looked like it would need “just a new kitchen and baths,” Roggenthien recalls with a laugh. But very soon they realized that, if this was going to be a true home for them, they would have to “touch every inch” of it. They contacted architectural designer Tim Honquest of Portland’s Honquest Design (whose own home they had seen and admired while house shopping) to help them entirely reimagine their house in a holistic way, with new, thoughtfully designed spaces that would be carefully tied to the period architecture.

And because he had done such beautiful work on Honquest’s house, they called in general contractor Mike Adams of
M & D Residential Construction in Westbrook. Adams had never taken on a job of this magnitude, but he was game for the challenge—and then some. Recruiting a team of carpenters from his hometown of Jay—including his brother Randy, a mason—and additional subcontractors from the Portland area, he was able to marshal a team of sixteen who put in eighty to a hundred hours a week for a full year. The Jay team eventually ended up sleeping weeknights in the basement. “It should have taken two years,” Adams says, “but we were dedicated and really wanted to succeed.”

The work began in 2005. Roggenthien and Leeking, then living in Florida, largely relied on Honquest to work out construction details with Adams, even though they would come to town every six weeks or so and stay at the Holiday Inn on Spring Street, where “the bartender still recognizes us,” says Leeking with a smile.

The masons stripped off the ivy that covered the building and repointed every brick joint. Because the building is a designated historic structure, they worked with historic preservation specialists from the city to get the soft lime mortar mix right. Honquest suggested exterior paint colors of delicate creams and pinks, with a few bold red accent stripes. Inside, Adams gutted the two-story rear addition—a cramped kitchen, service stairway, and maid’s quarters—so that, he says, “when you were standing in the basement you could see clear to the r
oof rafters.” To rebuild the floors for the new kitchen, half-bath, and second-story master bathroom, he special ordered rough-cut joists whose old-fashioned 2-by-10-inch dimensions properly fit the original pockets in the brick walls. When it came time to refurbish the radiators, he custom-built oak knobs for their valves. His painters also spent hours stripping decades of grime and time-darkened varnish off the dining room’s quartersawn oak paneling, while each fireplace and mantel was restored to its original luster.

After the major work was completed, Roggenthien and Leeking moved in, sleeping on a guest bed and setting up two camp chairs in the second-floor media room for six months as they painted, selected light fixtures, and furnished their home. “We’ve never been the type to go out and ‘dress’ a room all at once,” Roggenthien says. “I’ve always believed that if you buy pieces that you can relate to, that grab your heart, they all will eventually work themselves together in some cohesive fashion.” They absorbed the space and sense of the house itself, letting it, as much as their own personal tastes, dictate how they decorated.

The result is not a period piece, though. When John Calvin Stevens did his work, he started with a symmetrical Italianate house, adding on to it using the looser asymmetry of the Queen Anne style, then very much in vogue.