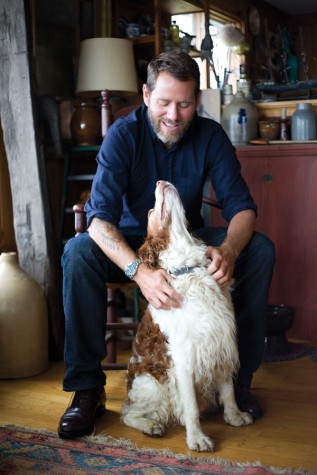 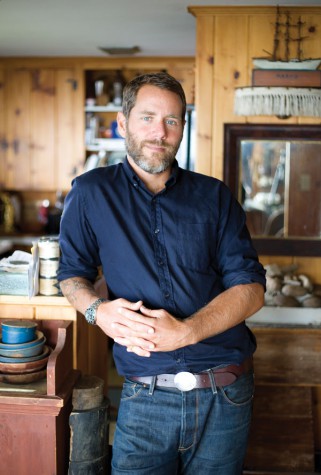 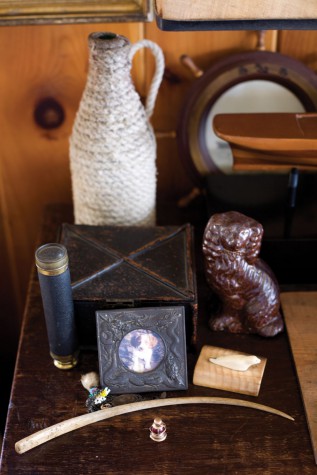 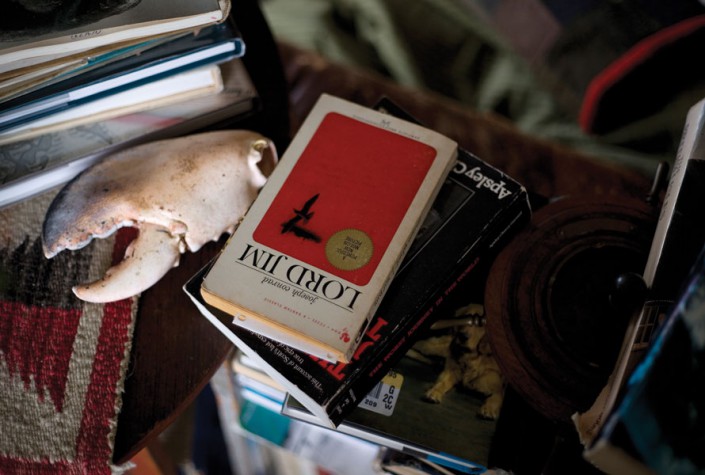 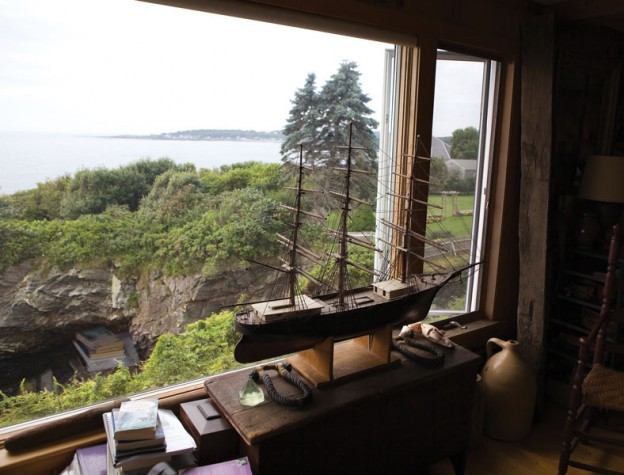 Rogue’s Gallery, the internationally recognized fashion label is inspired by Alex Carleton’s life right here on the coast of Maine.

Alex Carleton launched Rogues Gallery eight years ago, and almost overnight his fashion label became both a critical and commercial success. The coveted garment-washed T-shirts, with their screen-printed graphics and maritime-inspired iconography, were quickly spotted on celebrities—fueling demand and propelling Carleton into the style stratosphere.

Yet even with the growth of his business—which now includes a head-to-toe clothing line, a store in Portland’s Old Port, twenty employees, a New York showroom, and big-name accounts—one thing remains clear: the history, geography, and culture of Maine are woven into the fabric of his work and life.

Return to port
Back in 1998, during an apparel presentation for Abercrombie & Fitch (he also designed for Ralph Lauren) Carleton had a series of epiphanies: (1) all the design concepts he pitched centered on the Northeast, (2) all his resources were spent getting out of the city, and (3) the pull of his New England roots (he was raised in Massachusetts) was becoming irrepressible. So he traded Manhattan for Maine—and today he couldn’t be happier that he did.

Once in Maine, Carleton landed a job as a senior designer for L.L.Bean. A few years later, with assistance from a team of Maine College of Art students, he started Rogues Gallery. “Rogues,” says Carleton, “was born out of my interest in history, combined with my out-of-control love of marine stuff.”

Treasure hunting
The “stuff” Carleton refers to is, by collectors’ standards, amazing. “I’m a crazy troller on a relentless hunt for antiques,” says Carleton. Proof of his addiction is not hard to come by: his home, a modest two-bedroom cottage, is chock-full of stuff. From hooked rugs by the renowned Grenfell School (he gave me a mini-tutorial on the Canadian artisans) to nautical art and ropes to stacks of old textiles, it’s a pirate’s treasure chest of maritime booty.

The collectibles are not just there to admire; they tell a story and work their way into the Rogues Gallery apparel line. “I always infuse a sense of Maine and New England into the lines I design, be it the graphics, the fabrics, or the button and labeling details,” says Carleton. “But I don’t try to recreate the past—I simply instill a point of view and reinterpret the ideas for today’s consumer.”

New Ventures
This fall, Carleton is handing over the helm of Rogues Gallery so he can focus on other design projects including developing a line for L.L.Bean.  Keep an eye out for Alex in the news—and at the local flea markets—because he’s here to stay.

Alex at a glance:
Best known for: His idiosyncratic line of retro-style tees and sportswear that play off nautical and historical themes.

Where do you find inspiration? “It seems to come to me through history, maritime iconography, pictures I find in books, photography, and flea markets…really, in everything and everywhere I go. ’’

How do you keep track of your ideas? “I don’t—that’s why I like collecting junk. It serves as visual reference.’’