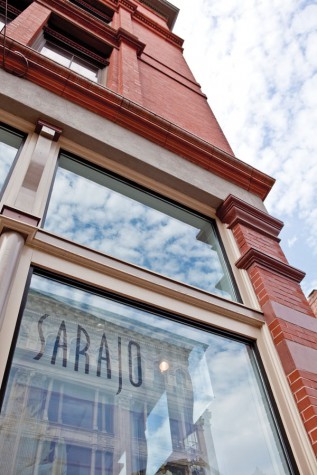 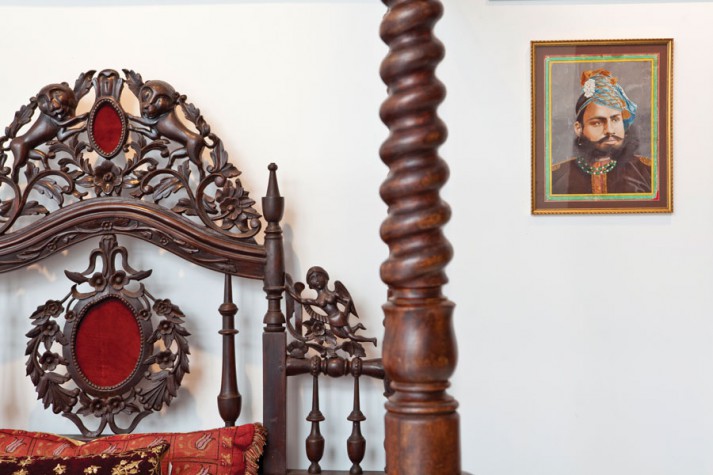 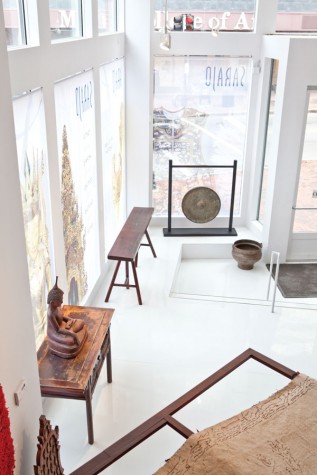 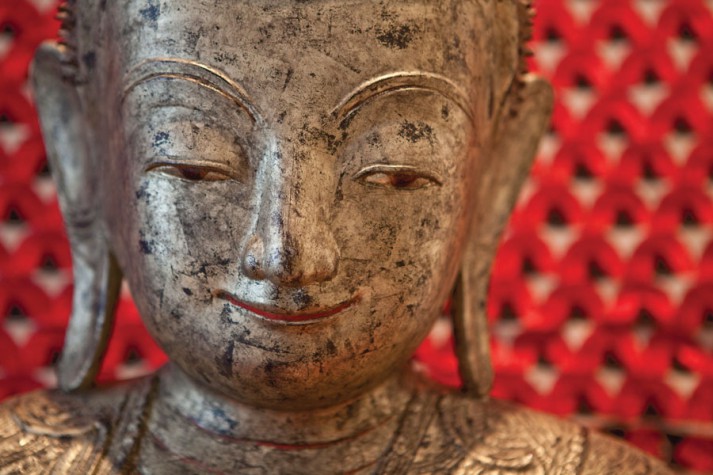 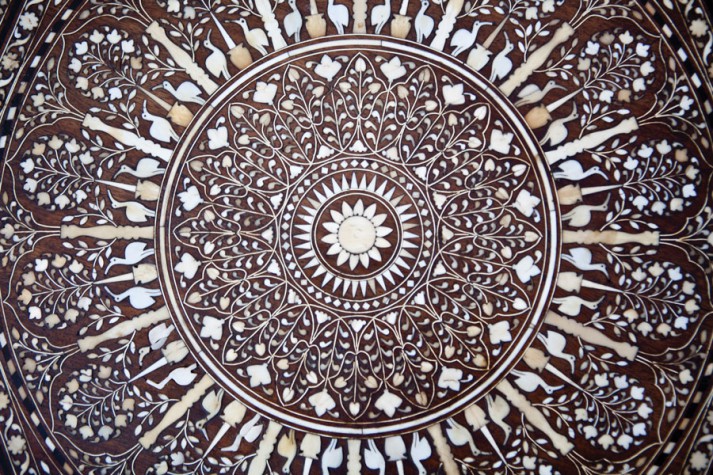 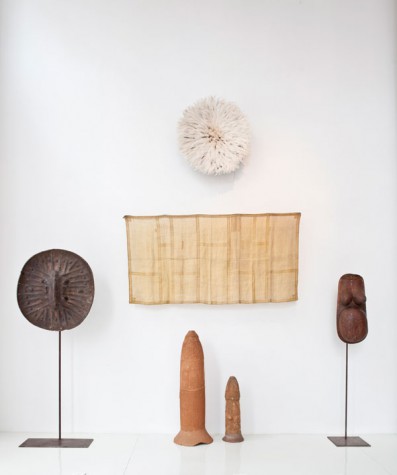 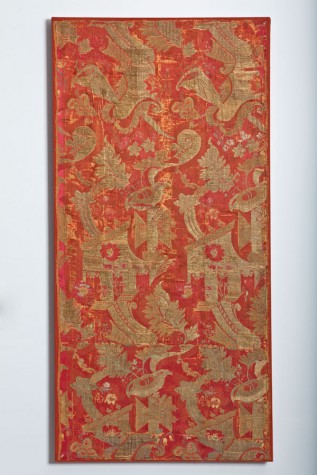 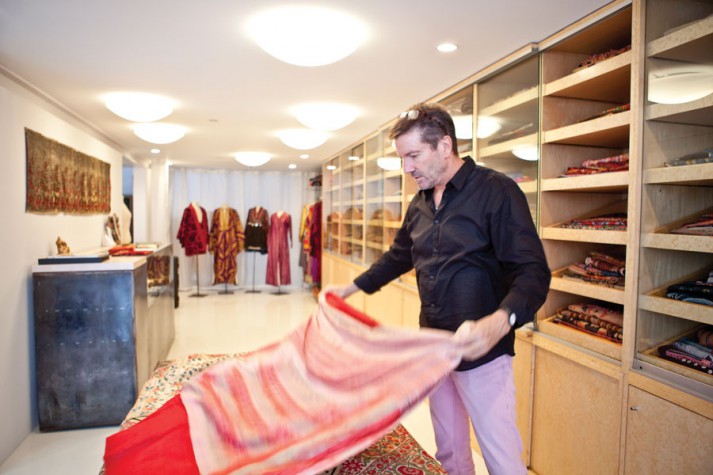 What SoHo’s Sarajo is doing on Congress Street

Once, many years ago, Yosi Barzilai shopped until he dropped.

It was during one of his semi-annual trips to the Far East—this time, Thailand. As he was combing the region for antique textiles, he stepped into a hole that had unwisely been covered with cardboard and fell right through the floor. He broke two vertebrae and an elbow, but that didn’t keep him from shopping. “I got some really great things on that trip,” Barzilai recalls from inside his gleaming antiques gallery, Sarajo, in Portland’s Arts District. “The thrill of the hunt is one of the most adrenaline-producing things in my life,” he says with a smile.

Until you set foot inside Sarajo, housed in a John Calvin Stevens building on Congress Street, it’s unclear what the space is all about, exactly. But on entering, you are greeted by a beautiful stark-white interior that emphasizes a colorful array of antique textiles, ethnic costumes, tribal art, jewelry, and Anglo-Indian and Islamic furniture. All at once, it makes perfect sense that, in between the myriad art galleries and across the street from the Maine College of Art, Sarajo—a marriage of gallery and store—thrives. For Barzilai, this perfect union was exactly what he envisioned when he moved his business from New York City to Maine in 2007.

Barzilai, who was born in Israel and moved to the United States to attend art school, founded Sarajo in 1988 in New York City. There, it lived for nearly twenty years as an antiques emporium jam-packed with furniture, textiles, and rugs. “It was like visual assault—a very cave-like atmosphere,” he recalls of the space. With its beautiful collection of costumes and wearable art, and a SoHo location close to several modeling agencies, his clients were big-name fashion models and designers such as Kate Moss, Ralph Lauren, and Donna Karan. Steve Martin and Mick Jagger even outfitted their homes with furniture from Sarajo. It was a good run for Barzilai, but eventually the time came for a change.

Moving his business out of one of New York City’s most fashionable and highly trafficked neighborhoods was risky, but it couldn’t have come at a better time for Barzilai. “One needs change,” he says. “I realized that this type of operation doesn’t really need to be in a big city—it’s just not necessary anymore. It’s a different world now; no one really goes on shopping excursions and buys containers to fill with antiques.” As much as the relocation was about a changing business model, it was also about personal changes in his life as well—Barzilai and his partner had adopted children and didn’t want to raise them a big city.

Moving to Maine gave Barzilai the time and opportunity he needed to develop Sarajo’s online presence, which has since turned a once exclusively physical emporium into a larger online business with nearly 1,000 items. Barzilai’s customers—interior designers, decorators, and collectors—can now view items from anywhere in the world. “After twenty years in New York, I went on cruise control. This change really challenged me to work with the Internet and to keep in touch with customers on a different level,” he says. Being in Maine has other benefits, too. “New England is a really great source for these antiques,” he says. “There are a lot of great things coming out of attics around here from the nineteenth-century merchant marines who traveled to the Far East and brought home items,” he says.

Decades of traveling and experience in the antique business have given Barzilai a discerning eye for the kinds of treasures that fill Sarajo, items he hand selects for their beauty, originality, and quality of workmanship. Though Barzilai collects an abundance of furniture, jewelry, and costumes, textiles are his true passion.
“I’ve got a textile bug. I was the first born and I think my mother wanted a girl instead because whenever the seamstress would come to make dresses for her, she would consult with me,” he says with a laugh.

Perhaps the crown jewel of Sarajo is a multi-sectional wall cabinet that contains neat piles of folded textiles carefully organized by country of origin. Items range from fourteenth-century Chinese brocades to African wedding shawls to silk sarongs from Thailand. “When I look at something, the first thing I do is figure out what the vintage and pedigree are. It’s not just the wear, it’s the way it was constructed: the width of the loom, whether it was woven, the kind of dyes used, the type of handiwork, etc.,” explains Barzilai. His appreciation and knowledge of textiles is encyclopedic—as he takes each one out, he tells its story while lovingly folding and refolding as he goes.

To Barzilai, antique textiles are not just fragile fragments of the past, but pieces that can be enjoyed for generations to come. “If you know how to care for them, there’s no reason they won’t last forever. It’s about keeping a few enemies at bay: light, dust, and the effects of gravity,” he says. Of course, Barzilai realizes that when an item leaves the safety of his hands, designers and decorators can do what they want to them—including, for example, cutting them up and using them for upholstery. “The end result is often extraordinarily beautiful,” he admits, “but I don’t like to think about it happening.”

As the stack of fabrics draped over the table grows higher, Barzilai walks over to the textile wall looking for a specific item from India. As his searching hands move from drawer to drawer, and from fabric to fabric, he smiles. “I spend a large part of my life looking for textiles,” he says. Although he means in the drawers in front of him, it’s clear that Barzilai could just as easily be referring to the world.