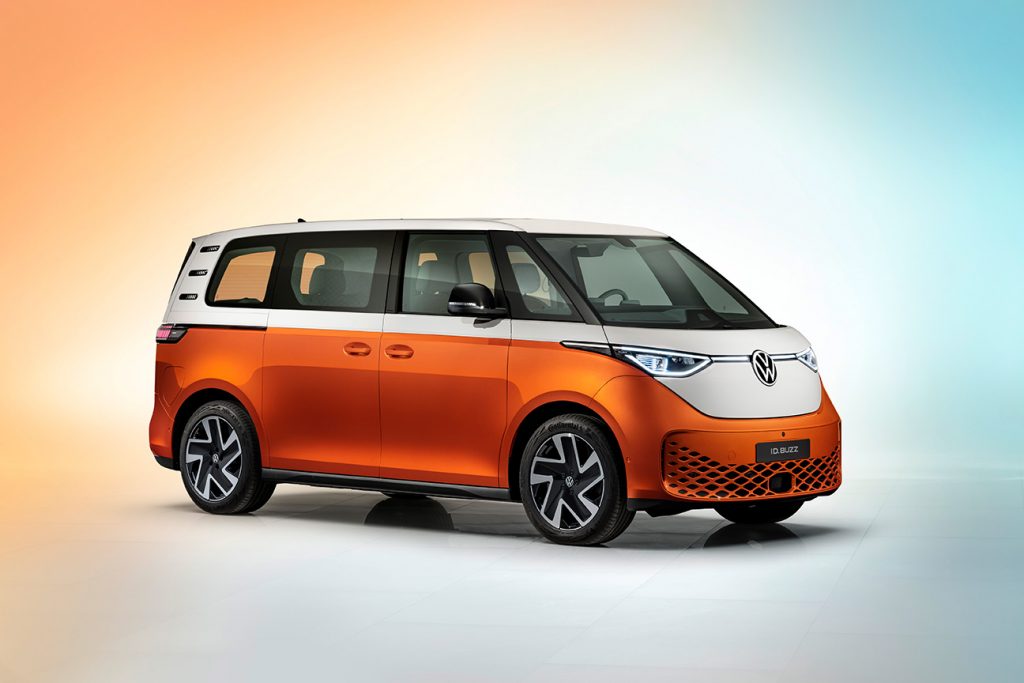 Taking a step into the electric age, German auto company VOLKSWAGEN has unveiled the ID BUZZ, an all-electric van with a 77-kilowatt battery and an electric motor mounted in the rear. The design harkens back to the company’s iconically groovy T1-TRANSPORTER, which launched in the 1950s and rose to prominence during the hippie movement in the 1960s and 1970s. Currently available for order in Europe, the ID Buzz has a similar look to the original design, with a flat front that sports the large VW logo and the option to customize the two-tone paint treatment. With a roomy interior that houses five passengers, the current model is akin to a minivan, but six- to seven-seat microbus prototypes are now in the works. With features like folding tables on the backs of the front seats and up to eight USB ports, the interior of the vehicle is designed to function as a mobile workspace that accommodates laptops, tablets, and other devices. 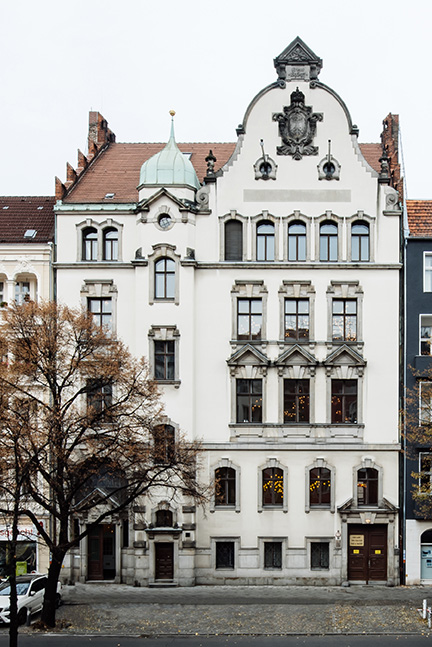 Following the trend of repurposing historic buildings instead of tearing them down and building anew, German architecture firm GRÜNTUCH ERNST ARCHITECTS has converted an abandoned women’s prison and courthouse in Berlin into a boutique hotel. Called the WILMINA, the hotel’s entrance, reception, and art gallery are housed in the former courthouse, while the 44 guest rooms and a penthouse, roof terrace, library, bar, spa, and gym now inhabit the five-story, U-shaped cell block of the former prison. A recently built addition that now houses the in-house restaurant, LOVIS, connects the two. The design of the space focused on expanding and reprogramming the existing structures of the original buildings while still hinting at their original uses. Each of the guest rooms, which now occupy the former prison cells, are finished with a light color palette and soft materials to create a soothing ambiance. When possible, the original windows in the cells were extended to increase the amount of light in the rooms, but the bars remain. 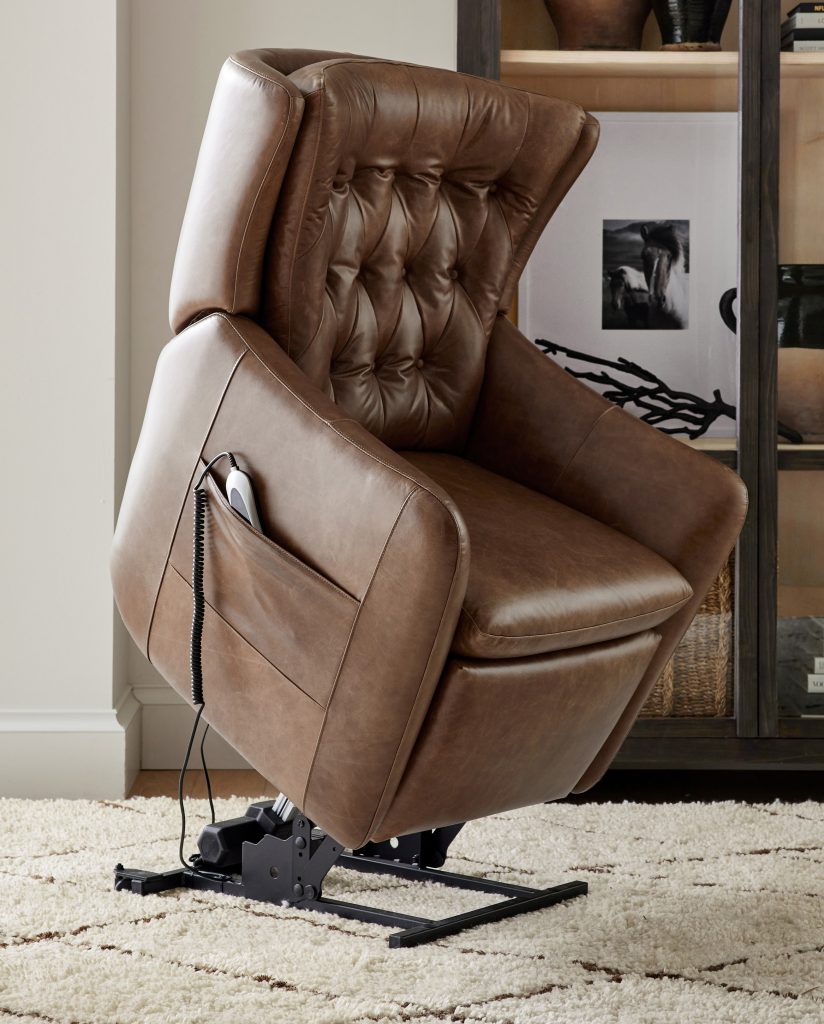 Vastly expanding the options in accessible furniture available to those living with disabilities, in late July POTTERY BARN debuted a 150-piece ACCESSIBLE HOME LINE, in which the brand’s most popular items have been modified to accommodate a wide range of disabilities without increasing their price. Following the compliances listed under the AMERICANS WITH DISABILITIES ACT, the company’s design team worked with experts from the DISABILITY EDUCATION AND ADVOCACY NETWORK to create the collection, including LISA CINI, founder and CEO of MOSAIC DESIGN STUDIO. Cini, who specializes in designing for long-term care and individuals living with Alzheimer’s disease, is best known for her project titled the WERNER HOUSE, a 10,000-square-foot mansion in Columbus, Ohio, that is equipped with furnishings and technology designed to age in place with its inhabitants. The first among many luxury home goods companies to take this step, Pottery Barn hopes that more companies will follow suit, further expanding options for disabled individuals.

Looking to put a dent into the estimated 4.5 million tons of food waste that the United Kingdom produces each year, NORTHUMBRIA UNIVERSITY graduate HARRIET ALMOND has created SNOOT, an aroma-detecting prototype that assesses the freshness of food. Equipped with a snout-shaped handheld sensor (with a small camera) and a compact receipt printer, Snoot can be pointed at the piece of food in question, and then sends the data it collects to a single-board ARDUINO microcontroller. Taking that information, the printer—which resembles a mouth—prints out a suggested recipe to use the food in, depending on the detected level of freshness. The prototype currently can
only detect ethylene gas, and has been proven to work on fruit. However, with more advanced detection modules integrated into the design, it may one day sniff out numerous types of gasses produced by all types of food.

In August the OWLS HEAD TRANSPORTATION MUSEUM broke ground on a $9.75 million expansion that will include flexible education spaces and specialized restoration shops for the museum’s growing collection. Part of the project focuses on the development of a STEM program for children in kindergarten through eighth grade, which will draw on the museum’s extensive collection of vehicles. Designed by project architect STEPHEN G. SMITH, the architectural renderings of the space will be brought to fruition by MAINE COAST CONSTRUCTION. Aided by a capital campaign titled INSPIRING TOMORROW’S ENGINEERS, the midcoast-based nonprofit, which is open year-round, will expand its capacity for educational field trips and workshops by building a multiuse auditorium in addition to a proposed glass entry and a dining facility. 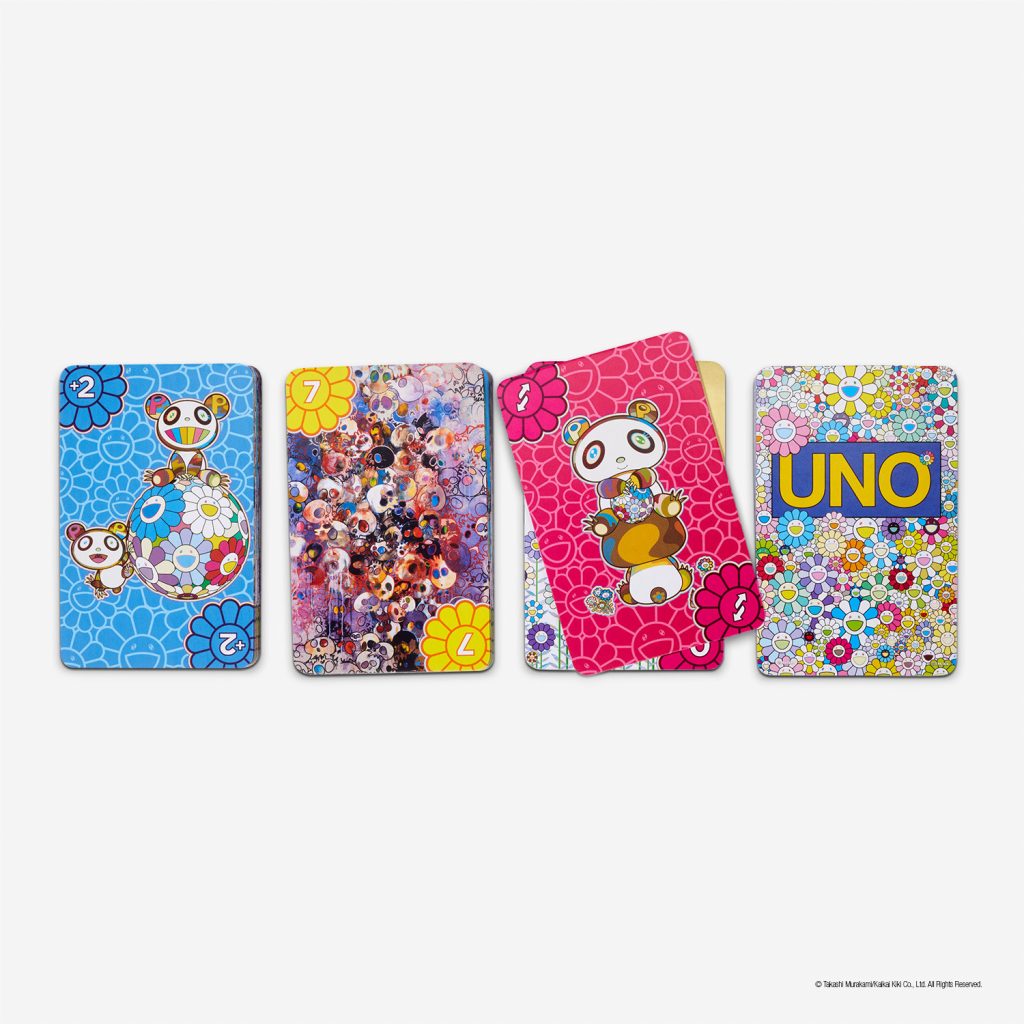 In an absurdly fun twist of events, Japanese artist TAKASHI MURAKAMI has partnered with iconic card game company UNO to create a signature game deck. The latest in the company’s “ARTISTE SERIES,” which includes custom UNO decks that feature the work of famed artists Jean-Michel Basquiat, Shepard Fairey, and Keith Haring, the collaboration with Murakami most prominently features the artist’s iconic, smiling, rainbow-petaled flower motif. In addition, several cards will feature his toothy bear designs, many include a cartoon representation of Murakami himself, and four of the cards are double-sided and can be pieced together to form a poster.

Using the world’s largest polymer 3D printer, the ADVANCED STRUCTURES AND COMPOSITES CENTER (ASCC) at the UNIVERSITY OF MAINE at Orono is in the process of developing a solution to the housing crisis in Maine by 3D printing tiny homes from wood fibers. By using leftover materials found on job sites all over Maine, including sawdust and scrap lumber, to create the wood composite, the company hopes to sidestep supply-chain disruptions, enabling the homes to be built at a quick rate. Led by executive director HABIB DAGHER, the center is using both artificial intelligence and robotic technology to automate the construction process. Similar to car manufacturing, the homes will be made from separate modules that will be assembled on-site, and will have life spans that either match or, ideally, exceed those of conventional homes. The center’s prototype, a single housing unit, is being developed in collaboration with nonprofit MAINEHOUSING, with the goal of having a model available for testing by the end of the year. 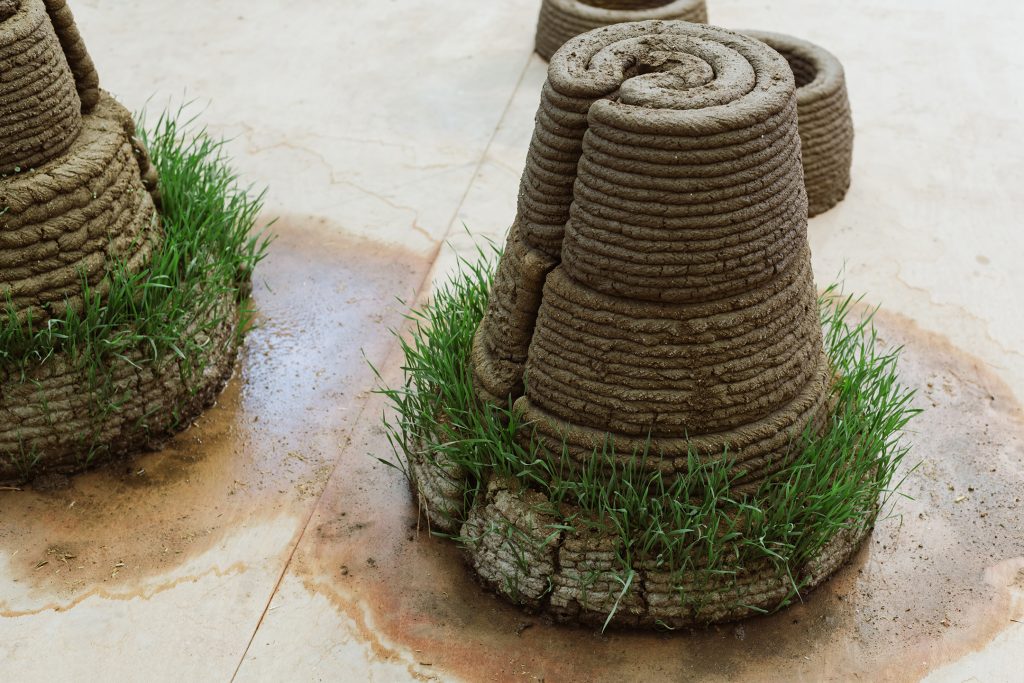 Continuing the trend of using surprising materials for 3D printing, at JERUSALEM DESIGN WEEK in July a team of eight designers including Nof Nathansohn, Or Naim, Elisheva Gillis, Gitit Linker, Danny Freedman, Noa Zermati, Adi Segal, and Rebeca Partook revealed a project titled TO GROW A BUILDING, an installation of structures 3D printed from seeded soil. Taking into account that the two most common building materials, cement and steel, contribute to 22 percent of yearly global emissions, the goal of the project was to utilize an organic, local compound to create a livable space anywhere in the world. By seeding the soil, the hope is to create a structure in which the dirt serves as a concrete replacement, and the root systems of the plants that grow from the soil (as long as it’s watered regularly) create the reinforcements that hold it together. While still in its nascent stages, the project is now developing numerous geometric designs derived from the fractal nature of plants and trees to print the walls of the structures, making the material stronger and more efficient.