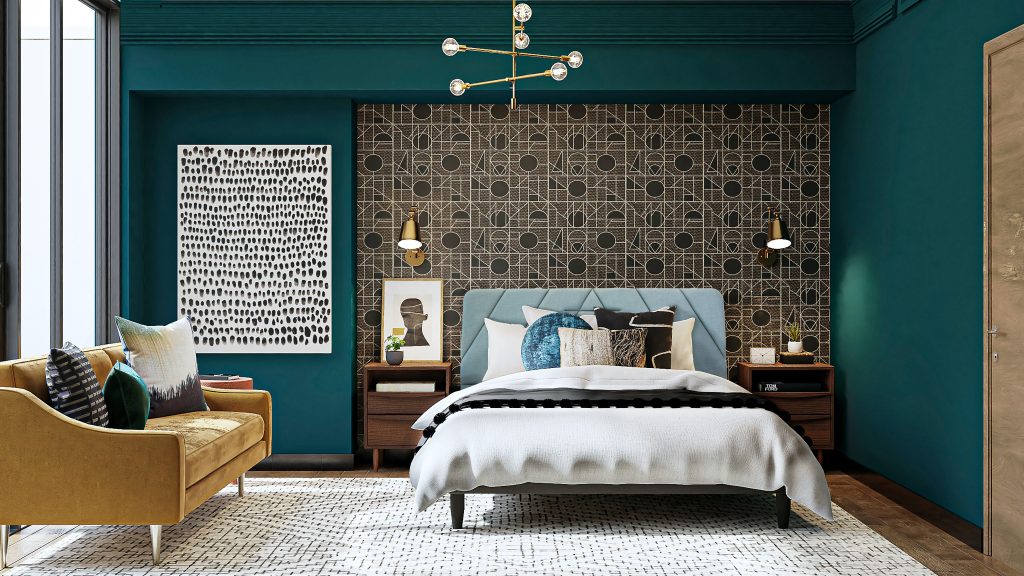 Prompted by the rise of COVID-19, tech start-up AIRTULIP has created the AIRTULIP SLEEP. This air-filtering headboard reportedly keeps users’ upper bodies enveloped in a bubble of clean air while sleeping. Inspired by the technology behind “clean rooms” in airports and hospitals, the AirTulip Sleep employs LAMINAR FLOW, a principle of fluid dynamics that releases particles in a stream of layers. This prevents the turbulence and air mixing typically created by traditional air purifiers and doesn’t create a noticeable breeze. Featuring ULPA FILTERING, which traps even smaller particles than HEPA filters, the plush headboard also has a daytime filtering mode that covers a larger area than the sleep mode. Launched by a Kickstarter campaign in August 2022, the AirTulip Sleep is available in twin, queen, and king sizes, and each headboard includes charging ports, reading lights, and shelving. 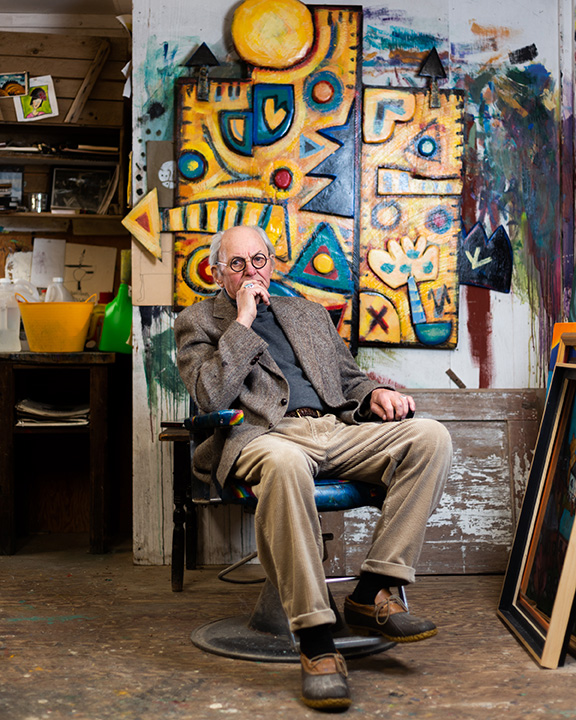 In early January PORTLAND ART GALLERY is celebrating Maine artist PHILIP BARTER with a solo exhibition highlighting the painter’s 60-plus years of creating iconic Maine art. Barter, who is turning 83 this year, was born in Boothbay Harbor and now resides near Sullivan, Maine. Barter’s work is in the permanent collections of the BATES COLLEGE MUSEUM OF ART, the FARNSWORTH ART MUSEUM, and the PORTLAND MUSEUM OF ART. Barter is considered one of Maine’s leading regionalist painters, with nearly 2,000 pieces scattered internationally. His work often includes colorful geometric trees and mountains with woodland streams and clouds. Along with pieces from Barter’s private collection, the solo exhibition will feature works from other collections in addition to pieces available for sale through the gallery. The show will open on Thursday, January 12, with a reception that evening. 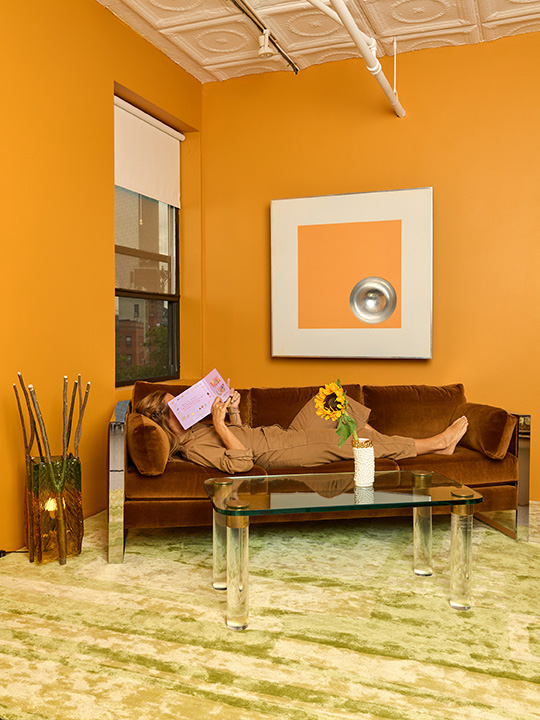 Emulating Pantone’s tradition of revealing a color each December that is expected to drive trends in the coming year, and adding a healthy dose of irreverence, paint company BACKDROP has partnered with New York retailer COMING SOON to release COLOR OF THE YEAR, a pleasant orange-yellow paint reminiscent, as the company says, of the color of rubber bands. Aiming to add a splash of fun to interiors while decidedly not taking itself too seriously, Color of the Year was designed to evoke happiness. This sunny shade, like that of a Bottega Veneta rain boot, is available in a collectible paint can that retails for $45 for a half gallon and $69 for a full gallon.

Resembling a tree with an umbrella-like canopy, a solar harvesting structure called the E-CACIA has been developed by London-based designer SAMUEL WILKINSON. Based on the acacia tree, a species found in the eastern and southern African savannah that is marked by its wide, flat canopy, the Ecacia is designed to provide shelter from heat and sunlight while it collects energy from the sun with solar panels made from monocrystalline silicon. Created in collaboration with U.S. startup SOLAR FORMA, which specializes in solar products designed for public urban spaces, prototypes of the Ecacia feature a seven-meter-wide wood-lined canopy, a steel-frame trunk clad in aluminum, and programmable LED lamps in the supporting branches. Designed with the intention of marrying solar harvesting with placemaking in urban spaces, the Ecacia can be plugged into the grid or used to power public amenities and charge electric vehicles and bikes. 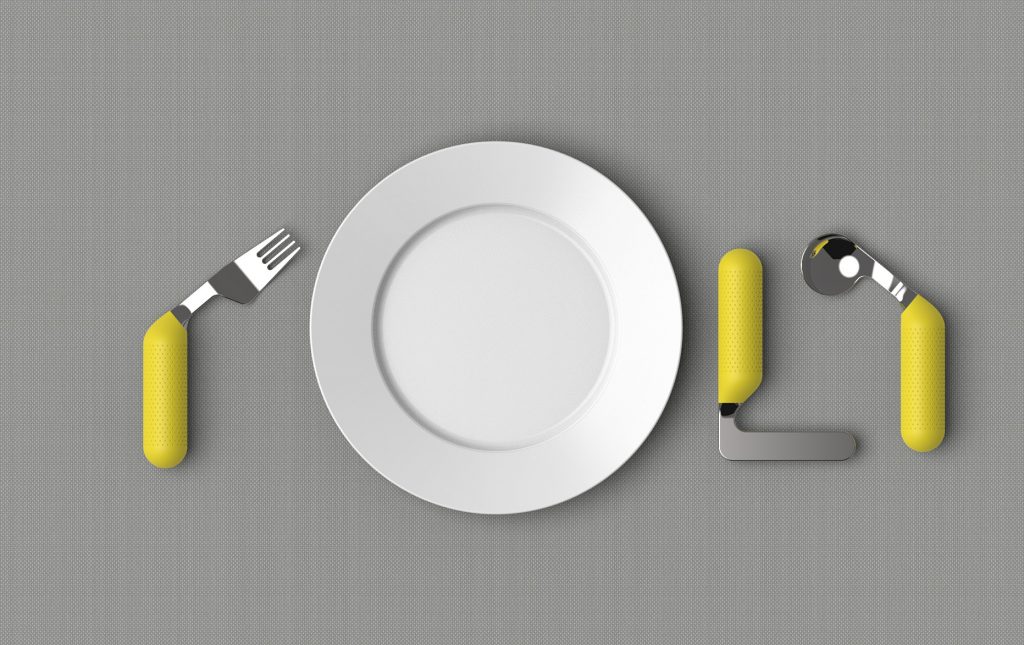 A new cutlery collection, named FONT in reference to its typographic design, has been created to accommodate individuals with disabilities. Featuring amplified, rounded shapes in the handles, spoon bowls, fork necks, and knife blades, the overall look of the utensils creates a cohesive aesthetic that prevents the “othering” typically caused by orthopedic cutlery. Designed by Australian studio HOP DESIGN, the cutlery is 3D printed and currently comes in 24 unique sets. With the goal of making the dinner table both accessible and welcoming to individuals with varying levels of hand strength and mobility, the cutlery sets come in numerous handle thicknesses with differing angles. In the future, Hop Design founder MICHAEL HOPPE aims to make the sets customizable, and he hopes to develop an app that will help customers adjust the dimensions of each utensil before ordering. 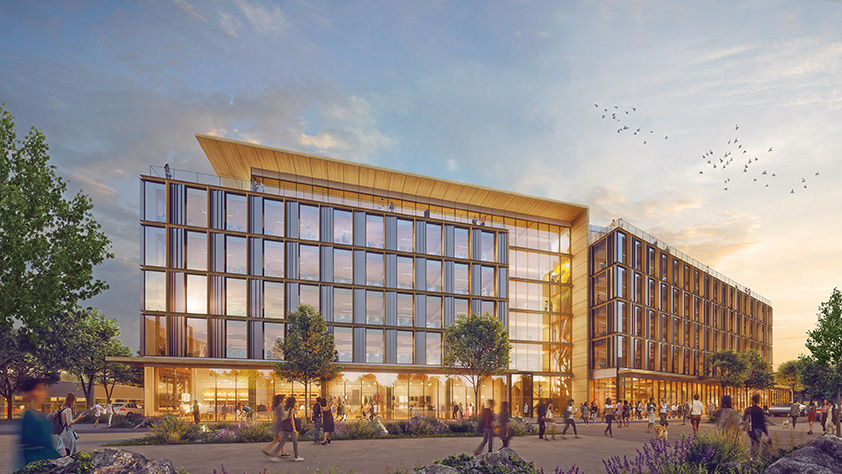 Thanks in part to a grant from the U.S. DEPARTMENT OF AGRICULTURE, development has begun on Maine’s first mass-timber office building, which will be sited at 100 ROCK ROW in Westbrook. Featuring CROSS-LAMINATED TIMBER (CLT) as the main construction material, the 150,000-square-foot structure is being designed by EYP ARCHITECTS AND ENGINEERING from Albany, New York, and managed by WATERSTONE PROPERTIES GROUP. CLT is wood paneling formed by numerous layers of lumber stacked and bonded at 90-degree angles, and when sustainably sourced, it can drastically lower a project’s carbon footprint by replacing materials like steel and concrete. With the goal of nurturing a commercial adoption of the material, Waterstone aims to encourage CLT manufacturers to come to Maine.

As a part of the U.S. MINT’s new AMERICAN INNOVATION $1 COIN PROGRAM—which aims to release one-dollar coins that feature innovators from each of the 50 states by 2032—a design featuring UNIVERSITY OF MAINE alumnus DR. BERNARD LOWN could be the chosen coin for Maine in 2024. Dr. Lown, who immigrated to Maine from Lithuania and graduated from the University of Maine in 1942 with a degree in zoology, is best known for inventing the DIRECT CURRENT HEART DEFIBRILLATOR in 1962, which led to the development of open-heart surgery. In addition, Dr. Lown cofounded the INTERNATIONAL PHYSICIANS FOR THE PREVENTION OF NUCLEAR WAR, which earned him a NOBEL PEACE PRIZE. The nine designs for the coin, which feature Dr. Lown and his invention in various forms, must be reviewed and ultimately approved by U.S. Secretary of the Treasury Janet Yellen before going into production. 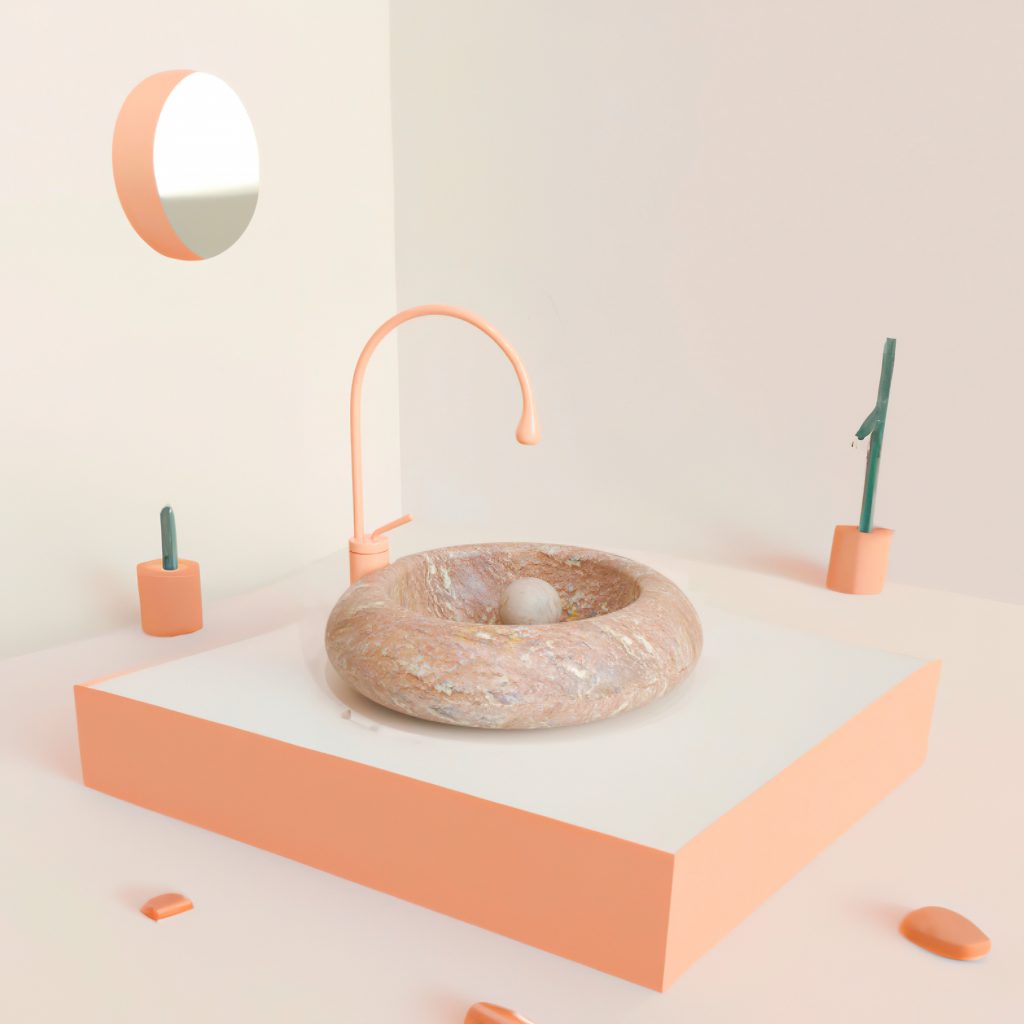 A whimsical twist on a functional appliance, the ROLL BALL SINK serves as both a piece of interactive art and a day-to-day amenity that will liven up bathrooms and kitchens. Designed exclusively for Italian firm SERAFINI by British designer MARK MITCHELL, the sink features a marble bowl with a deep, circular groove carved into it that holds a marble ball that continuously rolls or can be used as a plug in the protruding drain. Encouraging play and engaging the senses during a daily activity, the sink is meant to stimulate creativity and exploration. Both the ball and bowl of the sink can be customized to match numerous color schemes and interior design plans.