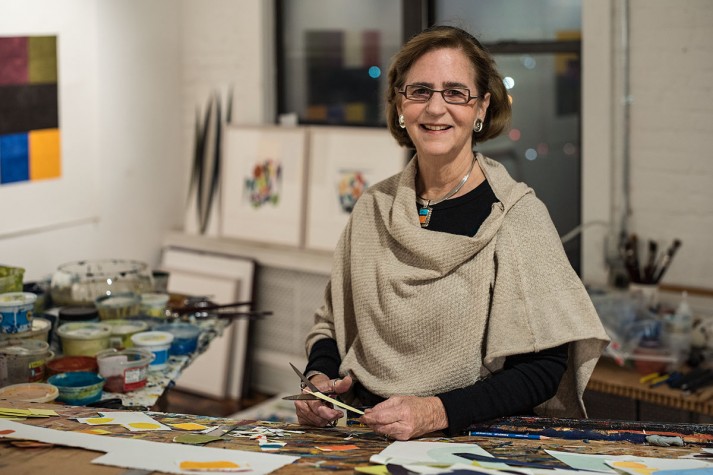 Nancy Simonds studied at the Intercollegiate Center for Classical Studies in Rome, Italy, Smith College in Northampton, Massachusetts, and Museum of Fine Arts Scientific Research Laboratory and School of the Museum of Fine Arts in Boston. She has exhibited extensively in solo and group shows throughout the United States, and her work is held in over 50 corporate collections. This year, her work can be seen in solo exhibitions at Michele Mercaldo Jewelry and Fine Art in Boston and Portland Art Gallery. She is affiliated with the following galleries: Gráficas in Nantucket, Massachusetts; 15th Street Studio in Boulder, Colorado; Jules Place, the Boston Drawing Project, and Andrea Marquit Fine Arts in Boston; McGowan Fine Art in Concord, New Hampshire; Seraphin Gallery in Philadelphia; the Asticou Connection Gallery in Bar Harbor; and Art Collector Maine in Portland. 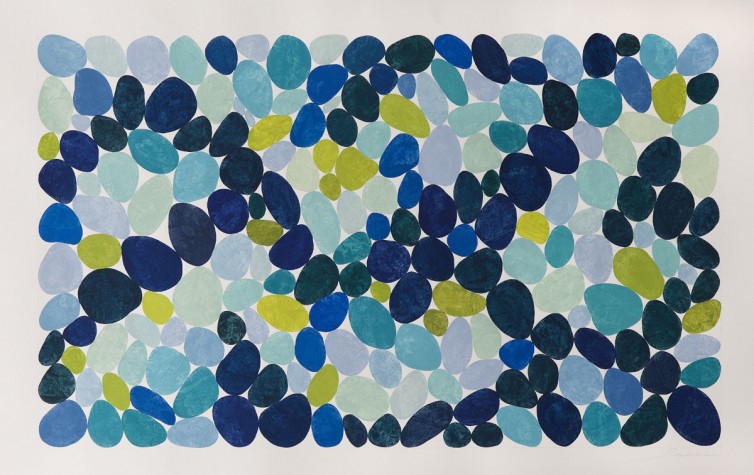 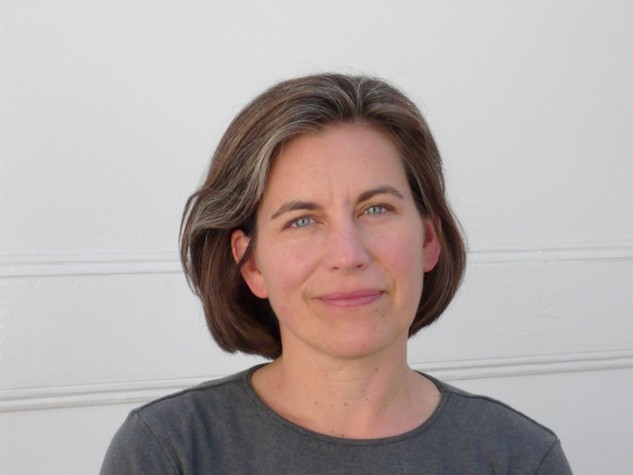 Jessica Gandolf studied at the Sorbonne and Academie de Port Royal in Paris, France, Oberlin College in Ohio, and Brooklyn College in New York. She has taught at St. Joseph’s College in Standish, Bates College in Lewiston, and Bowdoin College in Brunswick. Gandolf has exhibited in the United States and Europe in solo and group shows at venues such as Portland Museum of Art, Center for Maine Contemporary Art in Rockport, George Krevsky Gallery in San Francisco, Portsmouth Museum of Art in New Hampshire, Adam Baumgold Gallery in New York City, and Susan Maasch Fine Art in Portland. She is represented by Susan Maasch Fine Art. 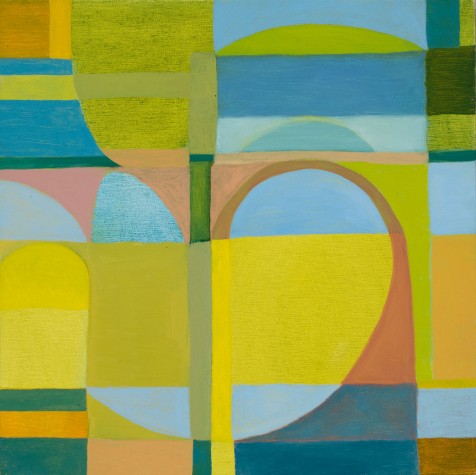 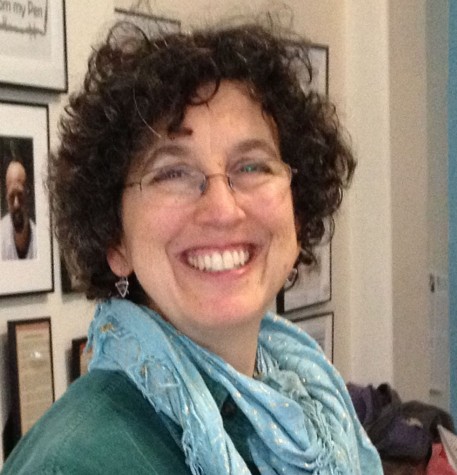 Robin Brooks hails from New Jersey, moved to Maine in 1987, and currently lives in Topsham with her husband and son. Brooks received her BFA from Boston University and MFA from Parsons School of Design in New York City. For the past decade she has taught art at Lincoln School in Augusta, and as a presenter for the Maine Arts Commission she has offered art workshops for children’s programs. Brooks is affiliated with the Union of Maine Visual Artists, Circling the Square Fine Art Press, Five Rivers Arts Alliance, Harlow Gallery in Hallowell, the Maine Art Education Association, Maine Alliance for Arts Education, and the North American Reggio Emilia Alliance. 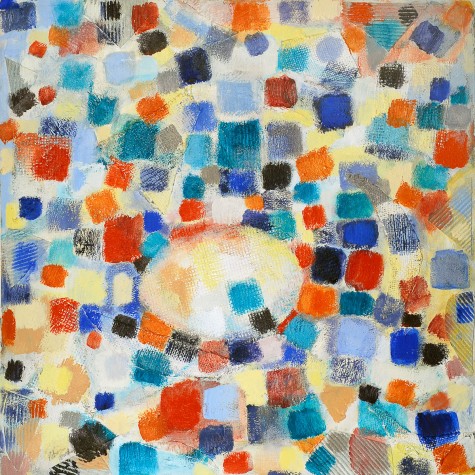 The works of Nancy Simonds, Jessica Gandolf, and Robin Brooks feature strongly delineated forms and bold color. Each piece is a radiant patchwork of geometric shapes in mostly primary hues.

Simonds’s large-scale gouache paintings feature simple, clearly defined geometric shapes enhanced by lush pigments and subtle texture. Simonds creates “visual relationships that build to larger rhythms,” arranging forms to achieve a sense of “transcendent order,” she says. She is interested in abstraction for its capacity to reach beyond the “realness of things.” Concerned primarily with “color, shape, and composition,” Simonds is able to access a “moment and experience not weighed down by a recognizable object.” The resultant images exemplify what she calls anti-chaos. “All strive for a connection to a moment for reflection, resolution, and calm,” she explains. “My paintings are like Japanese haiku; each image is pared down to its essentials, and each becomes a complete world of its own.”

Ultra Blue Eddy is part of Simonds’s Ovoids series, inspired by “the beauty of the Maine coast and the junction of the water with the land’s edge,” as well as by walks in the Maine woods. Simonds finds her favored palette in moss-covered rocks illuminated by shafts of sunlight penetrating the canopy of leaves. “My palettes are inspired by different regions that I visit and by the changing of the seasons,” she says. Ultra Blue Eddy is composed of both seaside and woodland hues. An undulating pattern of deep blue ovals weaves its way through the composition, while pale, crystalline blues are punctuated with leafy greens and rich teal. This palette virtually sparkles, like the sunlight on the forest floor, or on the waves lapping at the shore. The serenity of the composition’s balance of colors creates a peaceful atmosphere. Simonds’s work provides a haven from the furor of the outside world. “My art is my way of dealing with what we cannot know and what we cannot control, and to find delight, calm, and structure in the middle of it all,” she says.

Gandolf’s current work is a departure from the figurative paintings she created for several years. Rather than dreamlike, emotionally evocative portraits, Gandolf now paints geometric abstractions, placing her focus on shapes and color relationships. She describes her transition from figurative work to abstraction as moving “from telling stories to having the painting itself be the story.” Gandolf lays down color in striking combinations, paying attention to how “shapes emerge and dissolve,” she says. “I am interested in how to make energy visible with paint, how an inner logic can emerge from an intuitive process.” For Gandolf, painting is an “adventure.” Typically, she starts painting without an idea of where the piece will go, remaining open to the unexpected. “One of the things I love about how I work is the freedom,” she says. “I’m giving myself over to some combination of chance and guidance, trying to navigate the feelings that come up while I’m painting.”

The Seventh takes its name from the 7th arrondissement of Paris, where Gandolf used to live. The properties of the piece remind her of the streets in the neighborhood. Gandolf played with multiple horizons in this piece, adding occasional curves to bring a different energy to the composition. As a student of the classical arts, Gandolf recalls learning about the Golden Section, and “breaking down paintings to their shape elements” to find the underlying structure. That became “embedded in my sensibility” as an artist, Gandolf says. Focused on form and color, rather than representation, she is “interested in why something works when there is no outside structure or system that calls for what it should be.” Particularly in her use of color, Gandolf will often “try something that shouldn’t work, and then try to make it work.” In The Seventh, big blocks of brilliant blue and lurid yellow are tempered by softer tones of terracotta. “I work in a limited palette,” she says. “I determine the color relationships and then I try to add something that doesn’t really belong, to make it more interesting.” Her style is a balance of the serious and playful. With a strong foundation in the academics of art, Gandolf is an intuitive painter, going on journeys without always knowing the destination.

“I love collage in part because it is a physical process,” says Brooks. “I enjoy being able to move parts of the composition around until I have things where I want them, and to layer and juxtapose elements in a tactile way, not just with brushstrokes.” When the separate components of a collage come together in concert, the result is well balanced. Inspired by music, Brooks finds parallels between the “eclectic” tunes she listens to while working and the process of creating a collage. “I think about how various elements harmonize or create dissonance,” she says. One wrong note can disrupt an entire song, just as an incongruous shape, color, or placement can upset a collage. But Brooks is mindful of remaining open to the creative process, as a degree of freedom can spark new ideas. “There are times when I start a piece with a particular place or image in mind and other times when I begin working in a more open-ended manner,” she says.

With Ab Ovo, she pushed the envelope even farther, opting to begin the piece with a charcoal drawing using her nondominant hand. Her Left Hand series aims to shake up her well-honed methods. “After a lifetime of making art, one develops habits,” Brooks explains. “In this body of work I wanted to challenge myself to move in a new way and to surprise myself. It has been very liberating.” In Ab Ovo, a hazily defined egg shape is surrounded by squares of pigment reminiscent of confetti. The marks seem to dance around the picture plane, invigorated by the contrast between warm and cool tones. Inspired by the work of Swiss artist Paul Klee, Brooks focused on the texture and surface of the painting, even borrowing the title from a small work of Klee’s.