Capturing the Forces of Nature 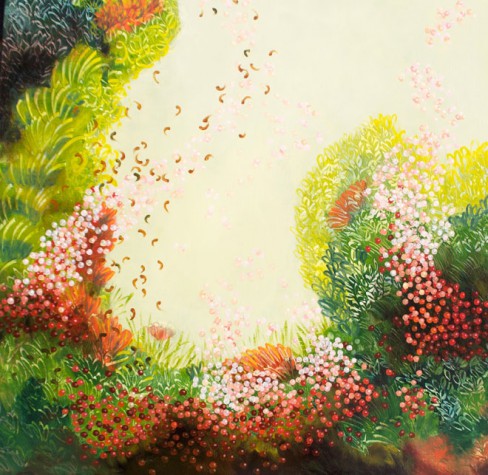 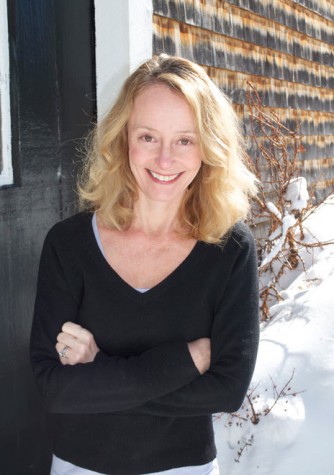 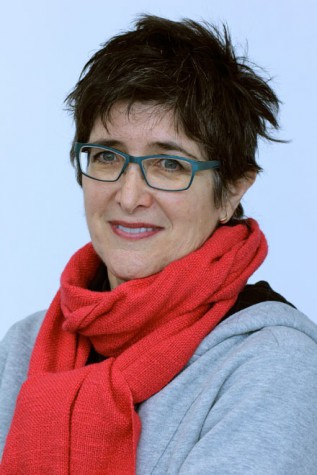 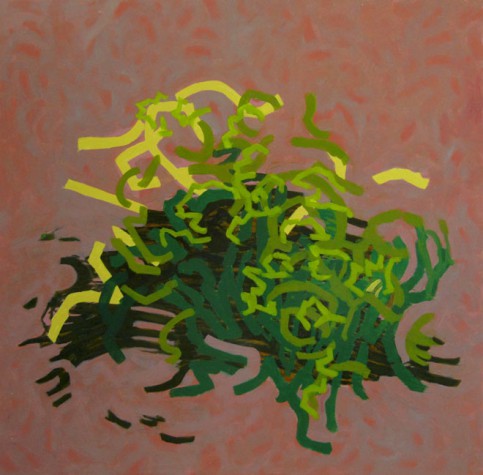 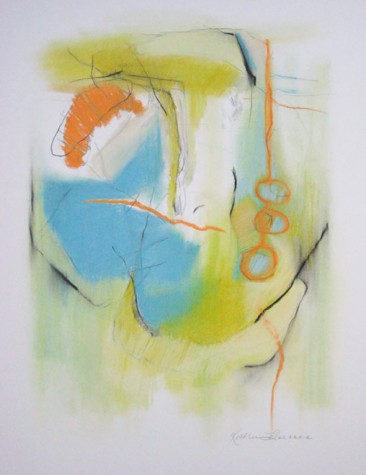 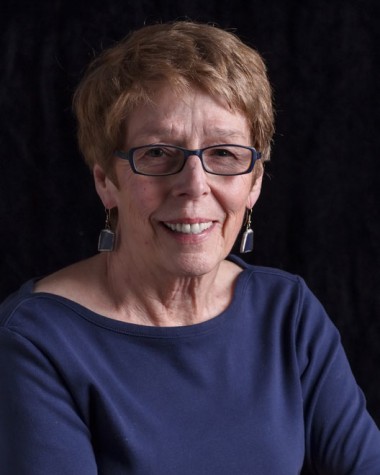 Starting with close studies of nature, Kathleen Florance, Janis Goodman, and Vanessa Nesvig allow their imagination to expand on their observations toward beautiful abstractions. Like quasi-scientists, one even using a microscope, the artists are interested in minutiae and facts, yet, rather than representing those directly, they instead evoke larger forces of nature, like chaos and order, ebb and flow, life and death.

For most of her adult life Kathleen Florance struggled to find time for her artistic practice, but since retiring from critical care nursing she has been able to fully devote herself to it. Besides working in her studio, Florance has created three site-responsive environmental installations. Two were executed in Lincolnville, one in collaboration with Dudley Zopp and alternative education youths (2002–2007), and the other included a documentary presentation in Sofia, Bulgaria (2000, 2001), with the third a residency at the Arts Center at Kingdom Falls (2001). Florance has received two Good Idea Grants from the Maine Arts Commission and multiple grants for her environmental projects, about which she has also lectured. She has exhibited widely throughout Maine and has a busy year ahead: the group show Pollination: Evolving Miracles is currently on view at the Coastal Maine Botanical Gardens in Boothbay, to be followed by Water at the University of Maine Farmington Art Gallery, Blue Marble Project at Waterfall Arts in Belfast, and a three-person show at the Harlow Gallery in Hallowell. Florance is represented by Rockland’s Caldbeck Gallery.

Florance’s studio work encompasses a wide array of media: linoleum and woodcut prints, drawings using charcoal, graphite, crayon, and pastel, paintings on paper using acrylic, oil, oil stick, and charcoal. In her drawings the artist stays closer to her object of study, be that luna moths, bees, or individual leaves. While approaching these drawings as relatively descriptive representations, they may lead the artist to expand her thinking from the particular to the general. In her renditions of wasp nests, she focuses on individual cells and patterns, leading her to think about space, how we use space, how it confines and frees us. “My drawing process requires intensive observation and thinking,” Florance explains. “The accumulation of knowledge then pushes me to express ideas through the freedom of line, marks, and color.” For Florance the use of color allows for a relative freedom from figurative elements, making her paintings more loose and gestural.

The approximately 43 works in the series Butterfly Musings were all executed in the summer and fall of 2012. Vibrant and colorful abstractions in their own right, discrete elements of a butterfly’s anatomy and life cycle can be barely made out, such as the shape of a larva, maybe the eyespots on a wing or its shape.

Florance finds the specific subjects of her artwork on walks and in her garden—dead, desiccated, or half-disintegrated. Working in her studio from these little memento mori, she finds that, “there is so much beauty in what is left of them.” Her interest in biological sciences is motivated by her belief in interdependencies; it is not surprising that her work is fueled by conservationist ethics. Having created a habitat for monarch butterflies, she was shocked when just a single one appeared the entire last summer. As much as her imagery is motivated by concern and sourced from dead specimens, it is nevertheless full of exuberance, joy, and reverence.

A New York City native, Janis Goodman earned advanced degrees in printmaking and painting. She currently lives in Washington, D.C., where she is professor of fine art at the Corcoran College of Art and Design, an arts reviewer for PBS/WETA, and a founding member of the artists’ collaborative Workingman Collective. Goodman is a frequent panelist and lecturer and has exhibited widely in the U.S. and abroad. Among the venues at which Goodman has had solo exhibitions are the Arts Club of Washington (2013), the Peruvian North American Cultural Institute in Lima, Peru (2012), and the Massillon Museum in Ohio (2006). Her work is in many public collections, including the Fremantle Foundation for Foreign Artists in Tuscany in Fiesole, Italy, the Corcoran Gallery of Art in Washington, D.C., the Mississippi Museum of Art in Jackson, and the Allen Memorial Art Museum at Oberlin College in Ohio. Goodman is represented by Stonington’s gWatson Gallery as well as Cohn Drennan Contemporary in Dallas, Texas, Thomas Deans Fine Art in Atlanta, Georgia, and Reyes and Davis in Washington, D.C.

For the past 25 years, Goodman has spent every summer in the same rented cabin on Deer Isle, which, she says, “fuels me the rest of the year.” Even in the city the artist spends as much time as possible outside in order to connect with the always-changing environment. “There is all this movement going on around us that we don’t see,” Goodman explains, “and I try to give visibility to that.” Titles like Cold Front, Primary Earth, and Moving Molecules point to the phenomenological origin of her paintings.

The artist has developed a vocabulary of discrete calligraphic lines as shorthand for movement and energy. In her graphite drawings, blocky strokes and looping tangles alternatingly enliven the paper with rest and liveliness. Recent color drawings playfully incorporate figurative elements that she encountered in real life, so that a cardinal or piece of grapevine may find its way into an otherwise abstract composition. As far as subject matter is concerned, however, there is complete continuity.

Summer Landscape is dominated by an accumulation of energetic short lines ranging from shades of green to yellow within a pleasingly uncertain pictorial space. At first viewing, the image may simply suggest a scattered pile of vegetation. As Goodman explains it, however, Summer Landscape was suggested by looking at a cove, its tidal activity, vegetation, and rock formations. The layered background painting was inspired by the pink hue of granite, the yellow lines by the shape of rocky outcroppings, and the greens by the surrounding foliage. While this may suggest the possibility of straightforwardly decoding Goodman’s paintings, she says, “The paintings don’t specifically pay witness to an event but set up a strategy of cause and effect.” Picking up on observed shapes, colors, and movements, she constructs a complex suggestion of nature that reverberates with chaos and evanescence.

Vanessa Nesvig grew up in a suburb of New York City and earned degrees in fine art and art history. While living in Connecticut, she designed gardens for many years and is now the coordinator of interpretation and programs at the Portland Museum of Art. Last year, Nesvig had a solo show at the Wells National Estuarine Research Reserve and participated in two important group shows that celebrated nature and conservation: Silent Spring: Enduring Legacy at the George Marshall Store Gallery in York and the annual exhibition Art Meets Science at the Mount Desert Biological Laboratories in Seal Cove. The artist’s two-person show at the Thos. Moser Showroom in Freeport just closed at the end of April. Nesvig has contributed artwork to numerous benefit auctions throughout Maine and taught for years at the Heartwood College of Art and River Tree Arts, both in Kennebunk. Her paintings are in the collection of the Laudholm Trust at the Wells Reserve and the MDI Biological Laboratories. She is represented by the Wright Gallery in Kennebunkport and her work can also be seen at the Thos. Moser Showroom in Freeport.

Even as a young girl, Nesvig could be found out of doors carrying a backpack that held her Golden Guides and all the equipment an aspiring naturalist needed. “My parents never saw me on the weekends,” she says. Initially trained as a pastel artist and plein air landscape painter, the artist has not had to look far for her subjects since moving from Portland to an old farmhouse in the countryside around Freeport. Curiously, she now captures the flora and fauna that inspire her in her studio instead of outside, allowing for more detailed and imaginative imagery.

Nesvig’s painted Nature Studies depict the growth and decay of animals and plants as if seen from a low, close vantage point. The opposing forces involved in the struggle for survival fascinate her: “In nature there is always something beautiful and something strange at the same time.” What may at first seem relatively objective observations are in fact highly edited and meticulously designed compositions that are nevertheless based in scientific knowledge.

This artistic angle is even more prominent in her series Marine Gardens from which Marine Garden X stems. The compositions are loosely based on drawings of what the artist sees when studying samples taken from docks and ponds under a microscope. Phytoplankton, arthropods, and tangles of anemones “are like one huge moving target, which I enjoy trying to capture,” Nesvig says. She abstracts her images from there, capturing the quivering movement observed, the fecundity implied, with almost ornamental lines formed by the application or removal of paint. Rather than maintaining the specificity of certain life forms, Nesvig’s paintings are shaped by artistic considerations, like a pleasing palette and a harmonious balance of visual movement and rest, and become evocations of the abundance of life in underwater tidal zones. Her goal is to “convey to the viewer the awe that I feel when I look through the microscope.”