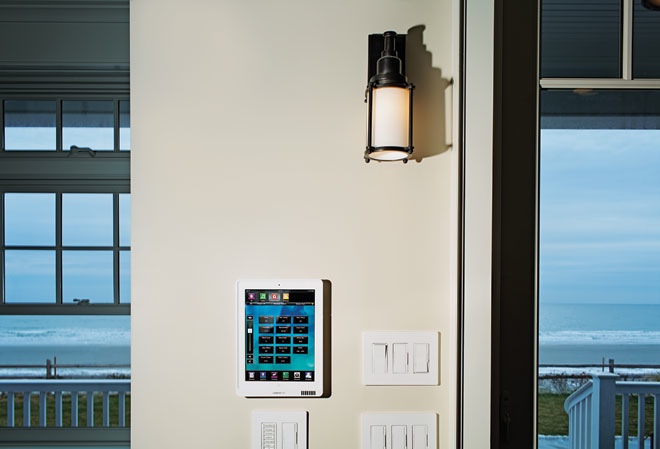 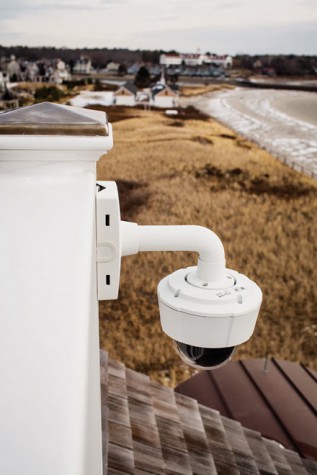 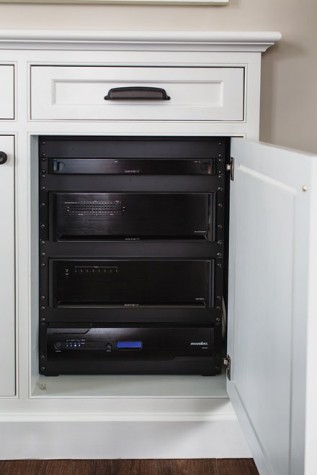 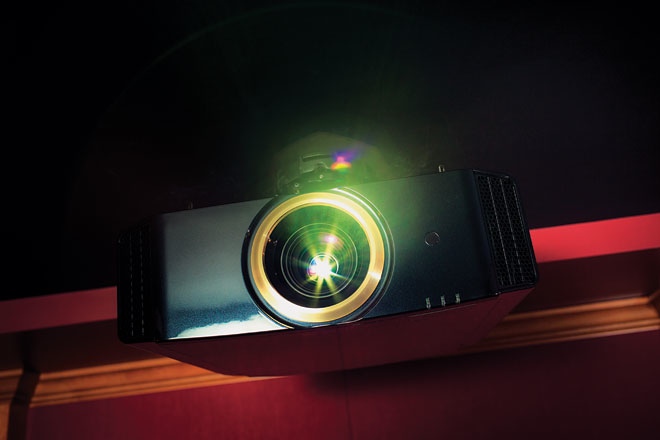 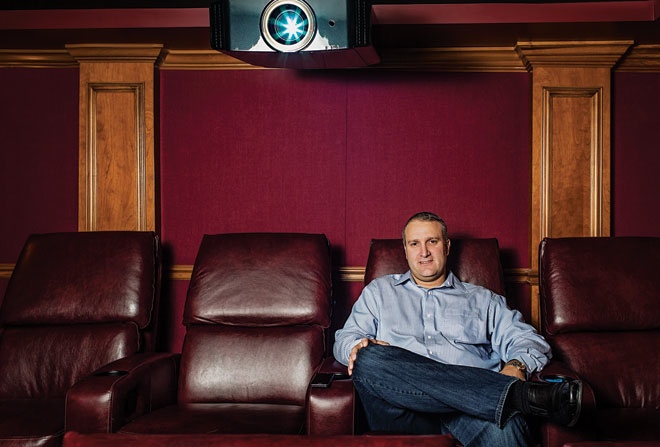 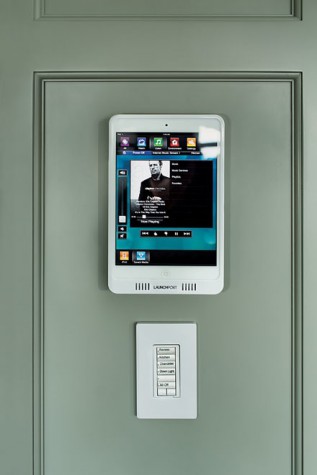 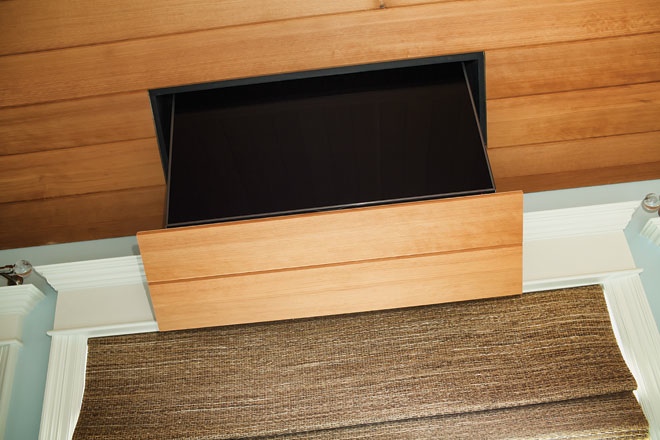 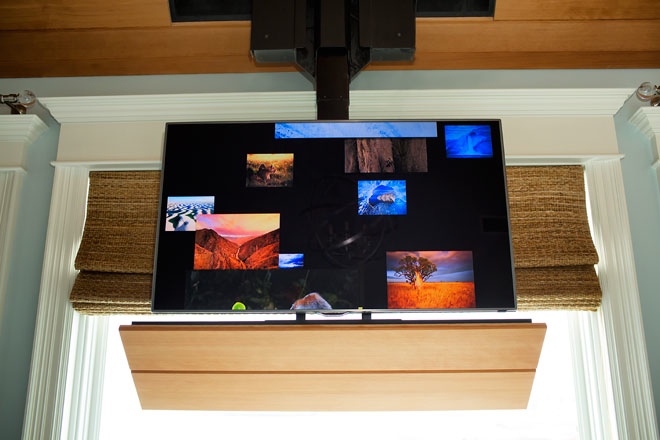 Everyone wants to be wired but no one wants to see the wires. That’s one way of looking at the rapidly developing technology innovations available to today’s homeowner. Fifteen years ago, the home of the future focused on the kitchen, especially timesaving devices. But the real home of the future—here today—features home automation, that is, centralized control of lighting/shading, audio-visual systems, climate control, and integration possibilities nearly beyond your imagination. But not Jeff Binette’s.

President of SmartHome Solutions in Kennebunk, Binette came to the business circuitously by way of IP telephony and web hosting for a technology company in Massachusetts. “I was raised with a work ethic,” Binette, who grew up in Waterboro, says. “My father was a contractor, and we also owned a family restaurant. Everybody worked. I was washing dishes at the restaurant when I was 13 and doing my own laundry at home because my mom was working at the restaurant. It was just the way life was.” Raised as the youngest of three brothers, Binette always knew he wanted to be his own boss. “We’re all entrepreneurs,” he laughs.

Although he was sidetracked a bit in the beginning by baseball—first at Saint Joseph’s College and then in Florida—Binette ended up at Bryant College in Rhode Island, where his high-school sweetheart, Cassandra, was also studying. She steered him into business and computer science; they married and landed in Massachusetts, where he had technology positions with Sylvania and Genuity. Gradually, the family edged back to Maine, building a home in Wells in 2000.  The way life should be was tempered by a long commute.

“In 2003,” Binette remembers, “Genuity filed for bankruptcy and suddenly I didn’t have a job. That’s when I thought, well, I’ll work with my dad and take over the contracting business.” But his father had some different and wiser advice for his son: follow your own dreams. Binette had some experience with “smart home technology” and saw the possibilities. He started small, installing speakers and flat screen TVs. He got in touch with local contractors and architects and offered a package of home automation solutions. By 2004, he had incorporated SmartHome Solutions; today a fleet of four trucks sits outside his office in Kennebunk, and the company is responsible for sophisticated whole-house audio/visual, climate, and lighting/shading installations statewide. Binette says, “We are very similar to designers and architects who work with their clients to design the home, except we are designing and installing the electronics that they use daily.”

One of the most important decisions Binette made was to become a Savant Installation Specialist. “Among the control integrator companies,” says Rob Sabin, editor-in-chief of Sound and Vision magazine, “Savant is state-of-the-art. They design custom-tailored systems to manage multiple intelligent control services and devices simultaneously.” Binette explains that intuitive user interfaces such as the iPad, iPhone, and iPod are what really changed the industry and made it possible for the average person to easily manage his home environment. Want to lower the window shades? Automated “shading” makes that possible not just from across the room, but also from across the country. Remember that basket of remotes on the coffee table? Not in a “smart home.” You are able to have one device, accessed with an app from your iPhone or iPad. Coming home in winter and want to have your heated walks and drive clear when you arrive? There’s an app for that.

One family wanted to have a sophisticated sound system in their 200-plus- year-old home while retaining its charm and history. “SmartHome was able to find an alternative way to meet our needs by installing the speakers under the floor boards,” they reported. “It was a perfect solution for bringing state-of-the-art options to an historical home.”

Geoff Bowley, an owner and vice president of Bowley Builders in Kennebunk, has worked with SmartHome and Binette for over a decade. “There are a lot of AV companies in Southern Maine,” Bowley says. “It’s easy to install flat screens. Follow-up service is much more critical. We were looking for a stable relationship with a committed company. That’s what we have with Jeff.” Bowley goes on to describe a recent SmartHome installation of hidden speakers that are embedded in the wall. This is the Live-Wall technology from BayAudio that involves installing the speakers within the wall and then plastering over them. “We’d put on a little plaster and then check the speakers, put on a little more plaster and check again,” Bowley laughs. “It’s amazing.” This technology actually turns the wall’s surface into a speaker diaphragm, wherein the wall itself becomes the medium to conduct sound, allowing for an incredible 160-degree dispersion pattern, eliminating placement issues in a room.

Binette and his wife, Cassandra, now live in Kennebunk with their three children, ranging in ages from three to nine. He plays golf, is an active outdoorsman, and holds a black belt in karate. Ultimately this SmartHome guy is a hometown man. Bowley describes how important the relationship of local contractors is to their community. “There’s a day-to-day challenge to operating a small business,” he says. “These things don’t happen in a vacuum. Your integrity is always on the line because the people you’re working for and working with are essentially your neighbors.” The success of SmartHome speaks to the importance of these small town relationships. Jeff also stays involved in the community by coaching his children’s baseball and basketball teams, teaching karate and volunteering on town athletic boards.

These are the lessons Binette learned in Waterboro, the son of parents who not only believed in a work ethic, but demonstrated it every day: a different kind of whole-home dedication.