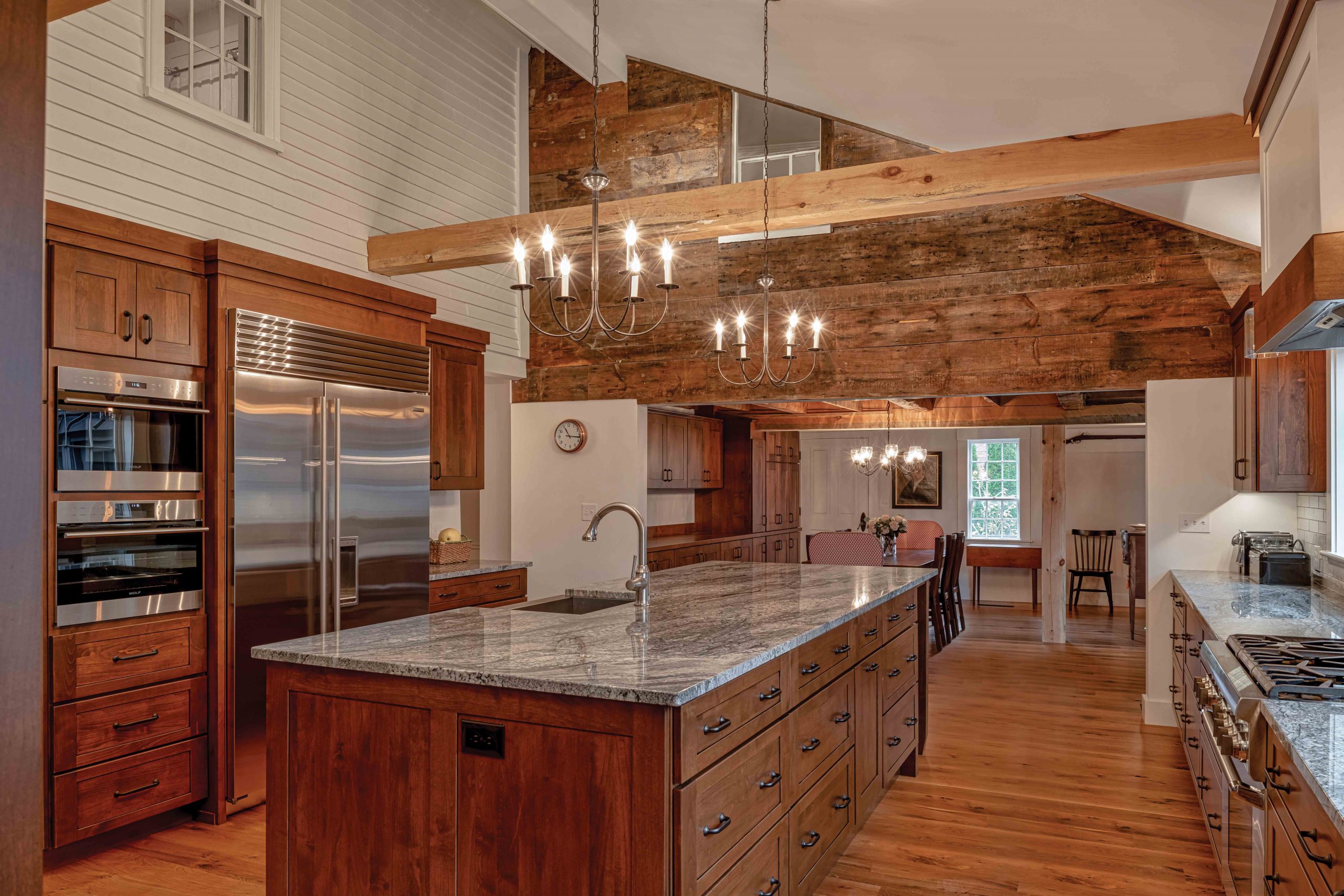 As is true with many houses, the kitchen is the hub of this home. These homeowners love to cook, and so do their adult children so they wanted a pace large enough to accommodate not just the two of them, but also the rest of the family when everyone comes home. One of the goals of this project was to blend twenty-first-century design with the pre-existing eighteenth-century structure. Rather than trying to rework the interior layout, we conceptualized and designed a two-story kitchen space to add off the exterior of the 1792 home and had it built by Spang Builders.

“To help honor the home’s history, we kept the once-exterior walls visible in the kitchen. The rear wall is exposed from the first floor up, and the original siding and windows were left in-tact. On another east-facing wall, the siding was removed, but the original wide-plank sheathing was left in place. Dina Lennon from Sylco Cabinetry was called in to help with the overall layout; she listened to the homeowners’ thoughts, added her expertise, and figured out exactly how everything would fit into the space. This kitchen is unique because there are five points of entry into the room. Most of the time, this could create a lot of circulation challenges, but in this case, it helped to define where everything would go.

“Throughout the entire process, a lot of effort was made to preserve original elements wherever possible, and as necessary, twenty-first-century elements were introduced. The kitchen is one room in the house that effectively blends two styles. It has a design flavor that combines all the genuine, preserved elements of the eighteenth-century structure with a twenty-first-century lifestyle.”