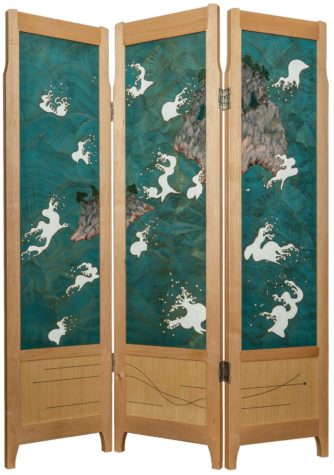 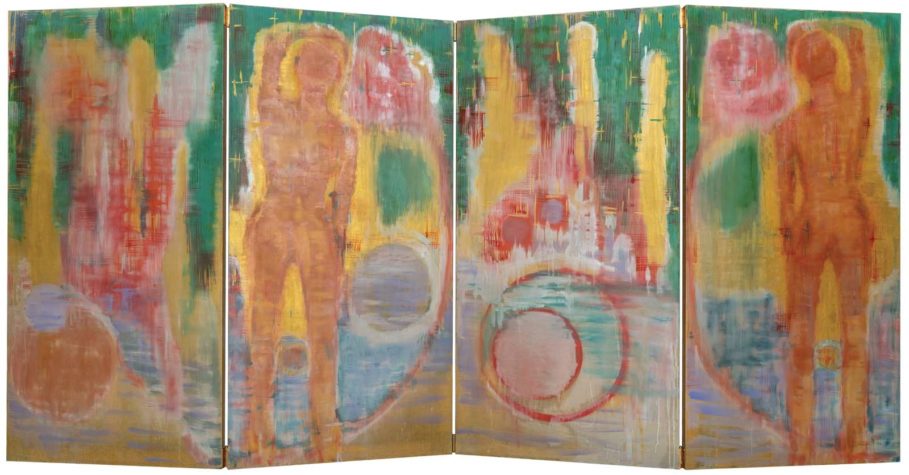 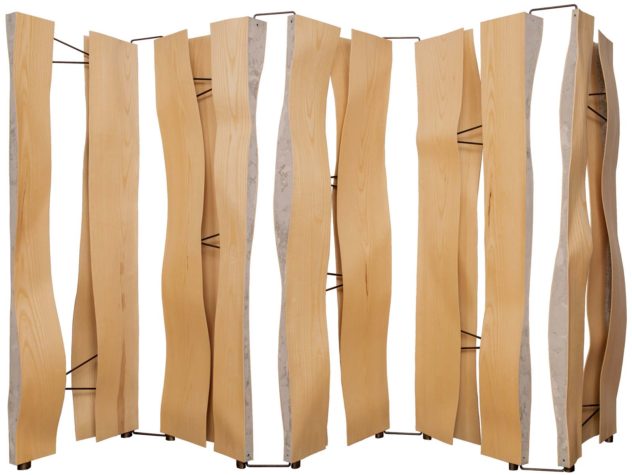 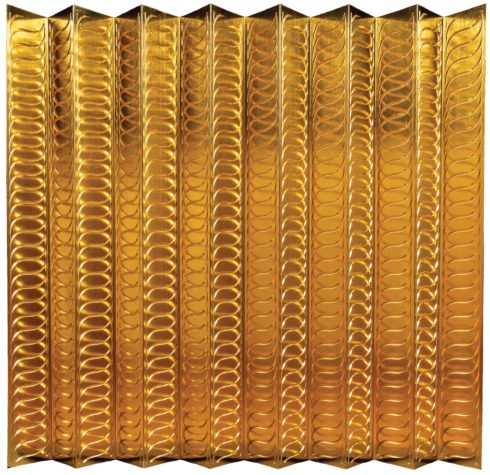 The Farnsworth Art Museum celebrates The Screen Show, a juried exhibition featuring screens by six Maine artists. In addition, two early-twentieth century screens from the Farnsworth’s collection are on display at the museum. The first painting is an eight-panel oil on board, Manship Toasting the Angels, which was completed in 1923 by Barry Faulkner; the second is a three-panel oil on canvas depicting Camden Harbor, Three Panel Screen with View of Camden, completed in 1930 by Carrol Thayer Berry.

Folding screens were at the height of popularity in the late-nineteenth and early-twentieth centuries. They commonly served as room dividers or screens for people to dress or undress behind. Many well-known designers, artists, and architects explored the screen form, including James McNeill Whistler, Thomas Dewing, Louis Comfort Tiffany, Thomas Hart Benton, Donald Deskey, Ansel Adams, Jim Dine, Helen Frankenthaler, Robert Rauschenberg, and David Hockney. Folding screens are much less common today, but they’ve taken on a new form of appreciation through art. The participants in this exhibition employ a variety of materials and colors to create their screens, and each one is as unique as it is beautiful.

The Screen Show will be on exhibition until September 22nd at the museum’s Rothschild Gallery in Rockland. Admission is free for members, children under the age of 16, and all Rockland residents; otherwise, admission is $15 for adults, $13 for seniors, and $10 for students. The museum is currently operating on its spring schedule and is open Tuesday through Sunday from 10 a.m. to 5 p.m. Maine Home+Design provides a preview of the exhibition on the following pages.