The Biddeford Artist Who Designed Classic Cars for the Motor Industry

On view at the Maine Classic Car Museum until the end of the year, “Rod Williams Retrospective: A Maine Son in Detroit” highlights the car designs of the Millinocket-born industrial designer. 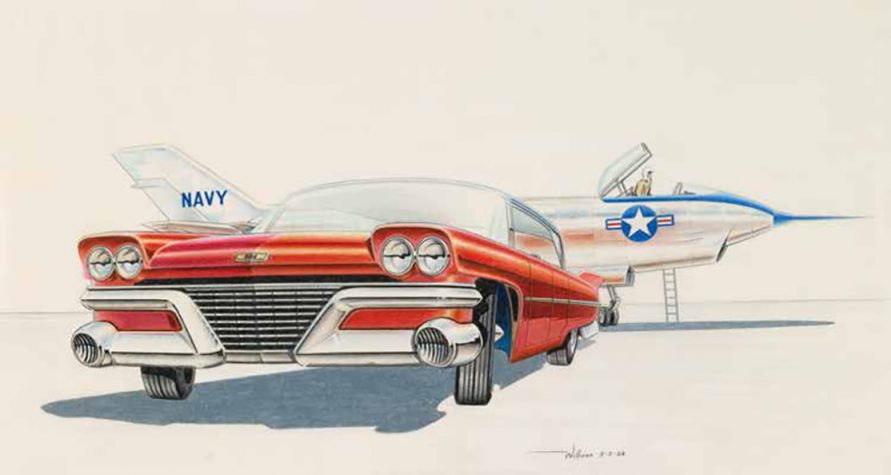 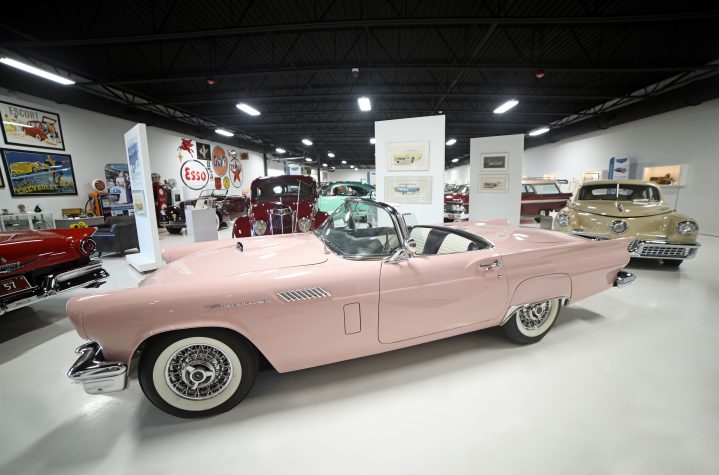 Industrial designer Allen “Rod” Williams is the subject of an exhibition at the Maine Classic Car Museum, where fifteen of Williams’s color illustrations for Ford and Chrysler are on view alongside vintage models. You might not realize it, but you are most likely already familiar with Williams’s work, as he designed the branding Tom’s of Maine, for the well-known maker of natural products, as well as Kate’s Homemade Butter.

Williams was born in Maine and raised on a farm in Millinocket. Like many kids his age, he liked cars and soon found himself drawing them. He graduated high school and attended one semester at the prestigious Pratt Institute. After the first semester he had to return home due to the cost of tuition. However, the GI Bill was reinstituted during the war in Korea, giving him the option to re-enroll in the design school after the war, if he enlisted. Williams became a draftsman in the Navy’s design department, and for fun he worked on automotive designs. A fellow officer saw his sketches and sent them to CARS Magazine. The magazine ran a story on Williams titled “Dream Car Sailor.” It caught the attention of Ford Motor Company, and in 1953 they offered him a job to take in 1954, after he was out of the Navy.

At Ford, Williams joined the styling department and created concept car designs. At the time, car companies were looking to capture consumers’ imaginations with flashy paint colors, chrome bumpers, and angled tail fins. His drawings were reviewed by management and next made into three-dimensional clay models. While at Ford, Williams worked on models like the ’56, ’57 and ’58 Fairlane, Parklane, and Country Squire. Williams also designed the iconic porthole on the introductory Ford Thunderbird. Williams then moved to Chrysler, where he designed the 300, New Yorker, DeSoto, and Plymouth models.

Williams and his wife, Carolyn, left Detroit in the late 1950s and returned to New England. They started their own company in the Boston area in 1960, creating art and design campaigns for several businesses. They won over 50 national and international design awards before selling their business in 1999 to move back to Maine. Today the couple live in Biddeford. “This beautiful visual record of what is known as the Golden Age of automotive design—this was a time when everything was done by hand. It was all about the sheer natural talent of the designer, and the result is pure art,” says curator Karen Sigler.

Rod Williams Retrospective: A Maine Son in Detroit will be on view at the Maine Classic Car Museum until the end of the year.