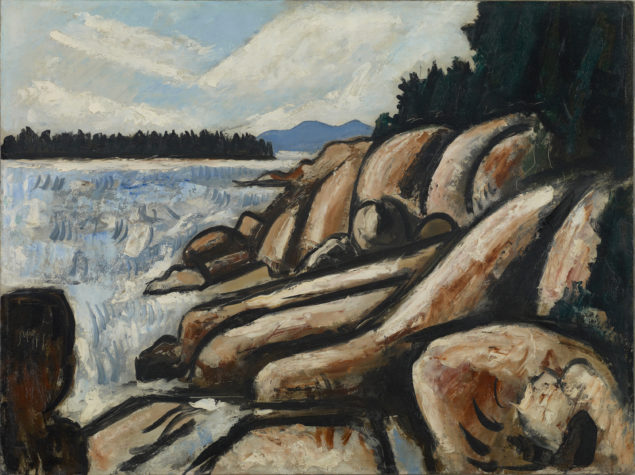 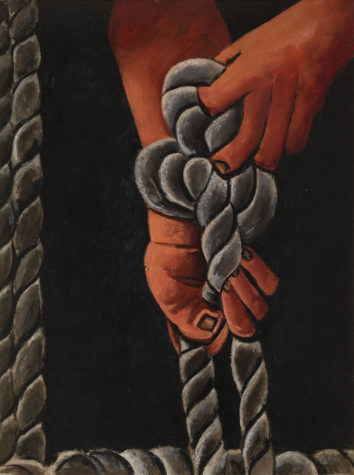 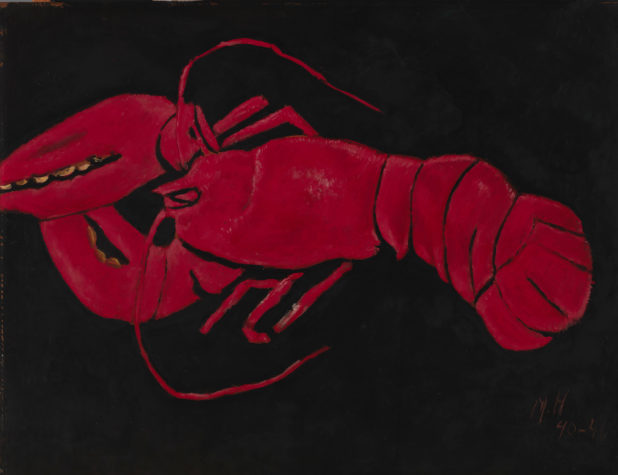 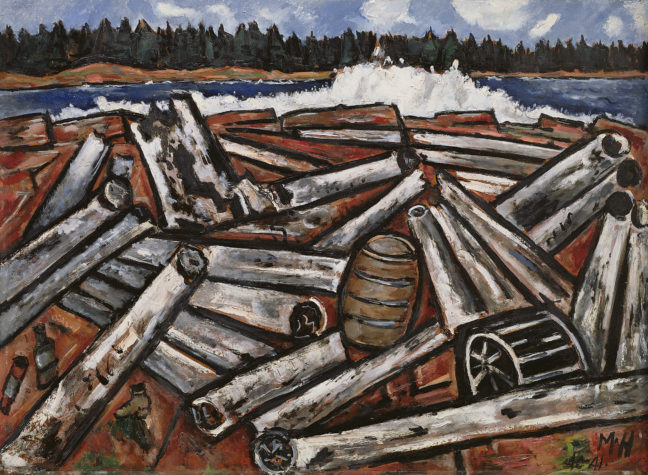 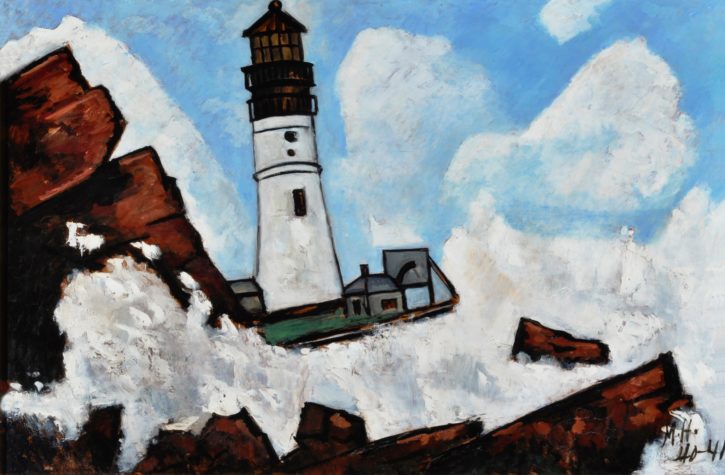 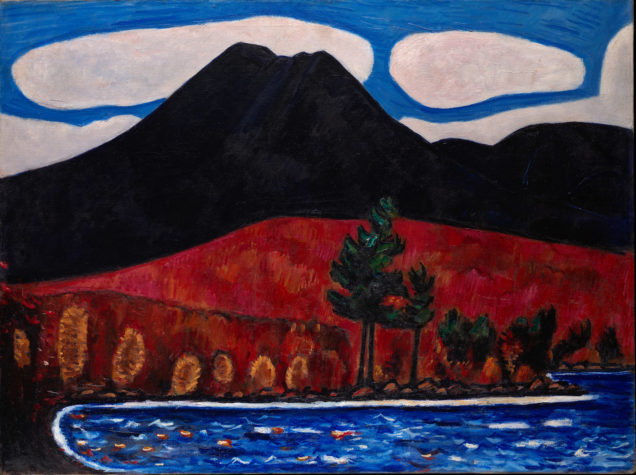 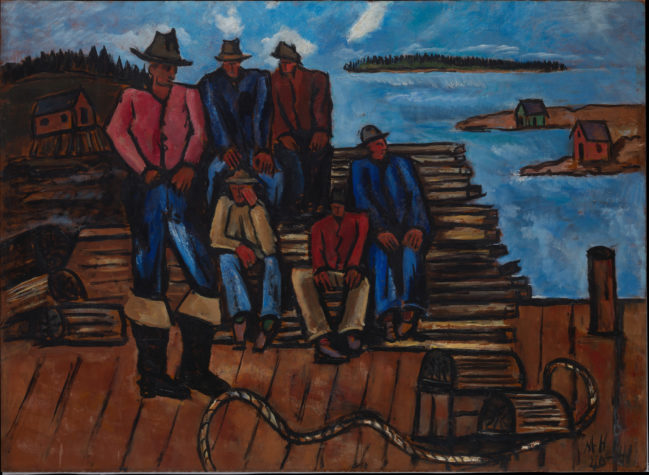 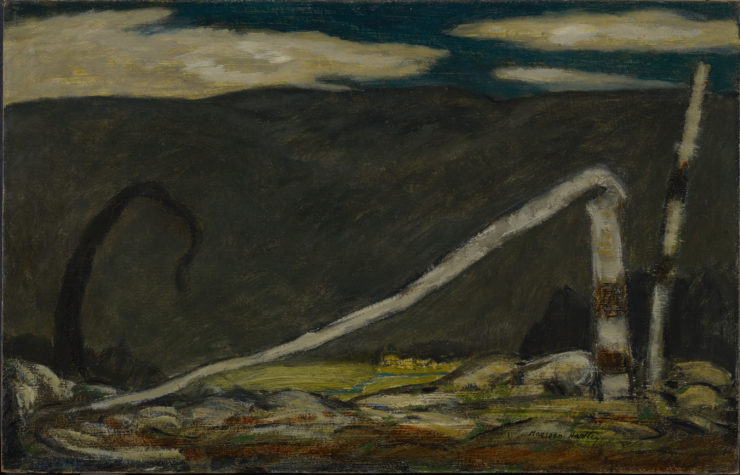 Colby College Museum of Art’s exhibition sheds light on the artist’s continuous and complex relationship with his homeland.

In conjunction with the Metropolitan Museum of Art in New York, the Colby College Museum of Art in Waterville is co-organizing an exhibition of works by famed modernist Marsden Hartley. Born in Lewiston in 1877, Hartley played a role in the European avant-garde movement of the early twentieth century, spending extended periods of time in Paris and Berlin. Throughout his career, however, he returned to depicting scenes inspired by Maine, where he began his career in the early 1900s and died in 1943. Occasionally painted abroad with a nostalgic gaze toward home, his paintings examine the state’s folk culture as well as its pastoral landscapes, rough-hewn mountains, and rocky coastlines. Although his relationship with Maine was often fraught—as the brutal loneliness of many of his works attests—his connection to the state defined Hartley’s career from its beginning to its end.

“Like many of us, he had an ambivalent relationship to the place he was from,” says co-curator Elizabeth Finch. “In certain paintings there’s this exuberance as well as a sense of absolute loss. These are two sides of his relationship with Maine.”

“Hartley is often best known for a group of paintings he made in Germany,” Finch adds. “But we want to demonstrate the significance of Maine throughout his career.”