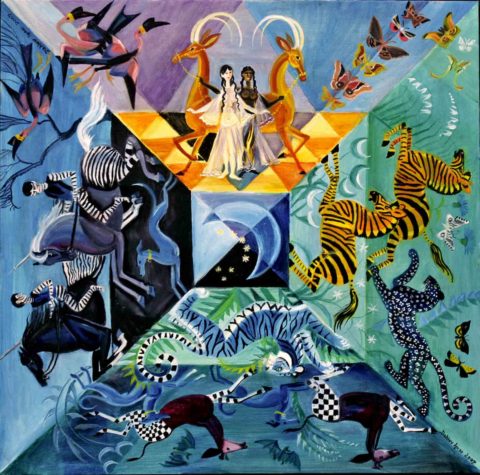 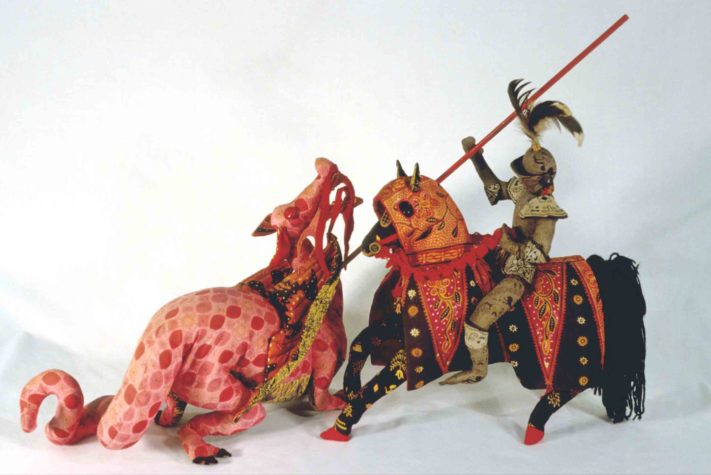 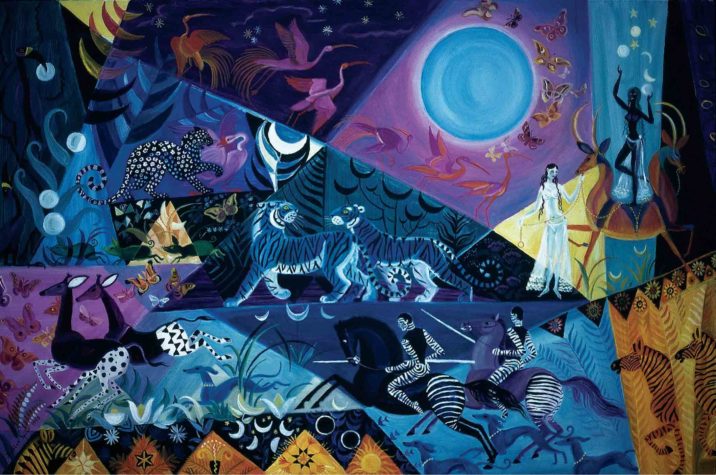 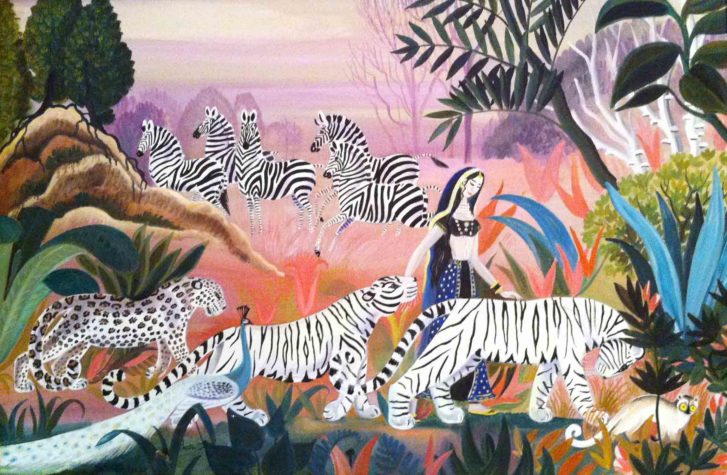 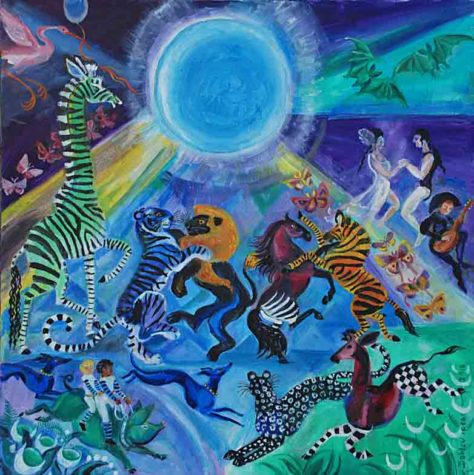 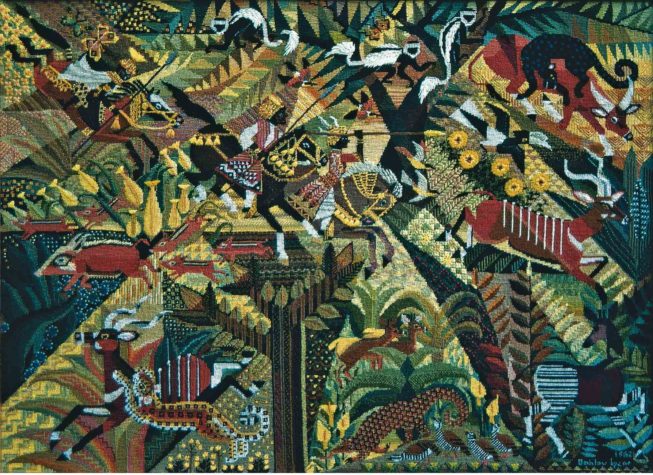 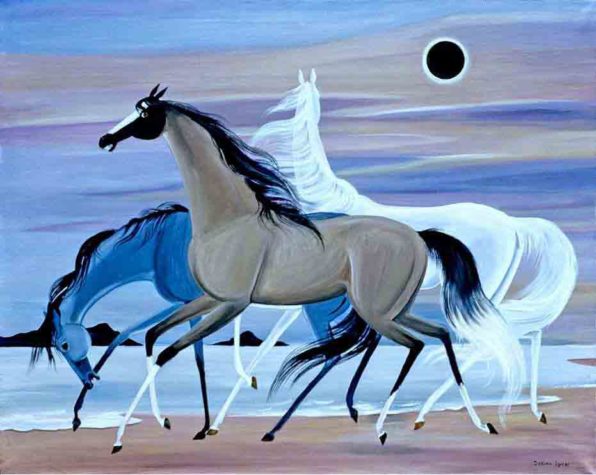 A year after the passing of artist Dahlov Ipcar, the Bates College Museum of Art is exhibiting her work throughout the summer and early fall. The show, Dahlov Ipcar: Blue Moons and Menageries, will feature works spanning the mid-1960s to 2014. The exhibition opened with a public reception on June 8, followed the next day by a gallery talk. The talk, called “Into the Menagerie,” was given by Bates alum Rachel Walls, who owns Rachel Walls Fine Art in Cape Elizabeth. Walls represented Ipcar and had a long friendship with the artist.

The works in the exhibition include a variety of styles and media, including oil on canvas, oil on linen, soft sculpture, needlepoint, and illustration. The pieces, most of which depict animals, are bright and colorful. Many of them were featured in Ipcar’s children’s books. In addition to the exhibition of works, there is a reading area where visiting children (and adults) can peruse copies of Ipcar’s books.

During the run of the exhibition, Bates will offer a variety of activities, including animal-spotting for families and public panel discussions. Following the exhibition, an illustrated catalog of Ipcar’s work will be released. It will include an essay by Sara Torres, an education researcher from the Museum of Modern Art (MoMA) in New York, where Ipcar was the youngest artist yet to be featured in a solo exhibition: at the time of her MoMA exhibition in 1939 she was 21 years old.

Dahlov Ipcar: Blue Moons and Menageries will be on display at the Bates College Museum of Art in Lewiston from June 8 to October 6. 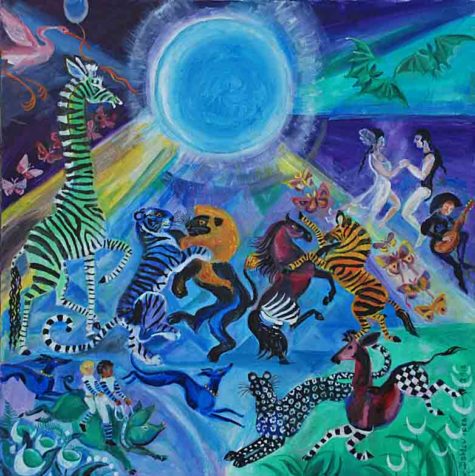