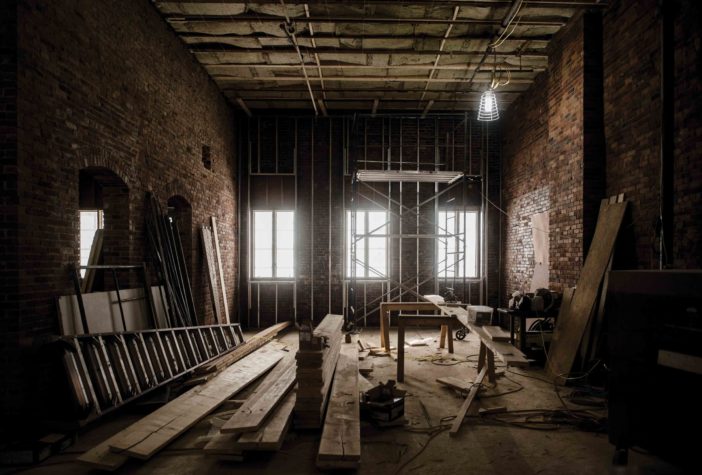 View of the inside of the historic building on Exchange Street that Briburn is currently renovating. 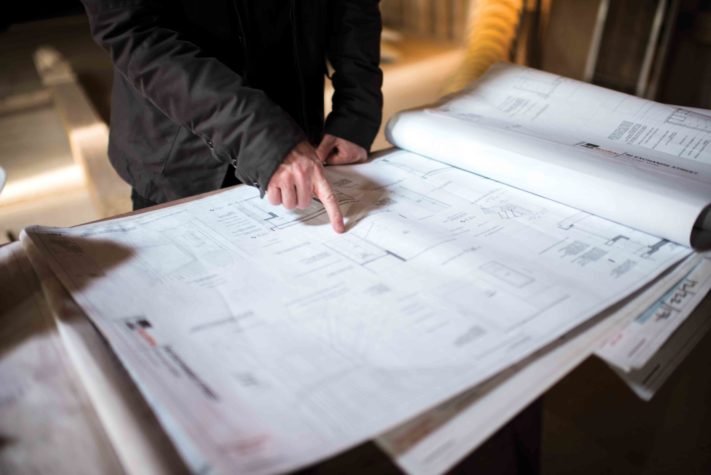 Architectural drawings of the space.

Briburn Architects in Portland is seeking to save the planet, one thoughtfully designed building at a time

The idea for Briburn Architects began on a boat. Harry Hepburn and Christopher Briley had begun sailing together as acquaintances during the summer of 2012. Briley wanted to get out on the water more often; Hepburn owned a 30-foot C&C sailboat and was looking for a crew to help with his Thursday-night racing habit. At the time, Briley was flying solo as the head architect and founder of Green Design Studio, and Hepburn was working at Scott Simons Architects in Portland. “Chris [Briley] was busy as hell, and he would rush down to the dock exhausted,” remembers Hepburn. “When he mentioned that he was going crazy and thought he needed a partner, I realized I was ready to make my next step, too. It was really good timing.”

The two architects joined together to form Briburn, a moniker that borrows syllables from their last names. “We joke sometimes that we all work for a character named James Briburn,” Hepburn says. “When someone calls who we don’t want to talk to, we just tell them James isn’t here.” The levity of this statement slightly obscures the significance of their company’s name. The idea is that “Briburn” isn’t just about Chris and Harry— in this case, the sum is worth more than its individual parts. “Briburn refers not just to us, but our whole office. It’s our future office. It’s all our work that we do together,” says Hepburn. “We believe that ideas come more quickly and flow better when people collaborate.”

Hepburn and Briley see eye to eye on many things, not just the uplifting value of teamwork. Their firm (which now counts seven people on its staff) specializes in green building and eco-friendly design. This, Briley explains, has been an interest of his since he was an intern, pestering his bosses to consider the carbon footprint of each design. “I know it sounds clichéd, and it really does, but we’re trying to save the world, one building at a time,” says Briley. Two types of building that Briburn works on frequently are the passive solar model and net-zero buildings. “If every home were a passive house, our global climate change issues would be nearly solved. Obviously that won’t happen—there are too many existing structures, for one—but we believe that everyone should design and build responsibly, as though we were going to live forever.” (Next, Briley said something a bit heated about the dire environmental situation, and Hepburn smiled, waiting a beat before adding his thoughts—in this moment, between Briley expressing his frustration and Hepburn tempering it, I saw how they might work well together, on a boat and off.)

Hepburn explains that the core tenet of their work is that good design is about more than just aesthetics. It’s about having a building that can be easily maintained, a space that is durable, long-lasting, healthy, and comfortable. Briburn Architects has created several LEED-certified buildings in Maine and consulted on LEED-certified projects out of state, but they’ve recently begun taking it a step further, seeking WELL certification for an office located within the Fort Andross building in Brunswick. WELL, they explain, has even more stringent requirements than LEED, and their client—the Nature Conservancy of Maine—wanted to meet the health-oriented standards of WELL. Launched in 2014, WELL focuses on similar aspects as LEED (air quality, accessibility of natural light, etc.) but with a greater emphasis on promoting the physical health and mental well-being of the building’s occupants. In 2018 the Nature Conservatory’s Maine office became the first space in Maine—and one of the first in New England—to receive the WELL certification.

The organic-feeling and light-filled space features locally harvested birch that has been milled into 3/8-inch strips and bent, creating graceful curves that mimic the shape of the adjacent Androscoggin River and gently lead visitors to the office through the space, from entryway to mezzanine. Although the building’s function necessitates cubicles and divided work spaces, each has access to natural light. “We decided who would get the most natural light based on who spends the most time at their desk,” explains Maggie Stone, director of operations at the Nature Conservatory of Maine. “But even though I’m at the middle of the office, I can see natural light in two different directions—it’s everywhere.” For the employees who use their office space less frequently (and thus are situated away from the views), Hepburn and Briley sourced bulbs from Lighting Science, a company that creates LED lights that replicate the feel of natural light. “They made the lights for NASA’s space shuttles,” Hepburn points out.

“In our office, we get a sense of both community and nature,” says Stone. “We get to see eagles out the windows, and we can see our neighbors in Brunswick. With any change, you’ll hear a lot of discontent, but I have heard nothing but good things (even from our staff members who have been here for 20 years or more) about this office.”

While much of Briburn Architects’ work is residential (created for private clients interested in efficient, cleanenergy homes), they have also designed spaces for restaurants (such as Gather in Yarmouth), the Cumberland Animal Clinic, the Spring Point Marina restaurant and office, and the Maine Coast Waldorf School high school. “We’re super jazzed about how the school came out,” Briley says. “It’s the best feeling ever, to walk into that school and see kids and teachers using it. It’s their everyday building.” Instead of going to school in a cramped rectangular brick building, Waldorf high school students in Freeport get to learn beside airy windows and under solar panels. “They didn’t want something that would feel institutional,” says Hepburn. “It was a lot of fun to play with shape, color, and material, while making sure it was up to our standards.”

Briley, I learn, has a saying that he likes to tell workers on the jobsite. “This building is a ship,” he says. “If it leaks, we all die.” It may sound over the top, but this metaphor ensures that everyone is on the same page and applies the same stringent standards to their piece of the puzzle, whether they’re drawing up plans or pouring concrete. Meeting standards such as LEED, WELL, and the Living Building Challenge (“one of the hardest sustainability metrics out there,” according to Briley) requires this kind of focused intensity. “We’re going to work toward the Living Building Challenge with a new project,” Briley reveals. Designs for the Ecology School in Saco are currently sitting on Briley’s desk. “It’s going to be an incredible challenge, but we’re also teaming up with two other firms, including Scott Simons Architects and Kaplan Thompson Architects,” he notes.

“Too often, and for a long time, the architecture community has been very inward focused, and there wasn’t enough collaboration,” Hepburn adds. “But Portland has opened up, and there are new friendships being formed and buildings being built.” It makes perfect sense for these sailors: teamwork and lasting change go hand in hand. After all, when your goal is to save the world through better design, it helps to cast a wide net. 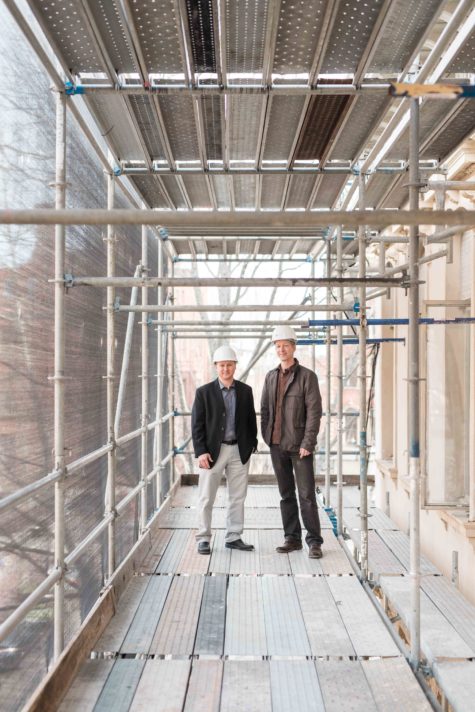 Harry Hepburn (left) and Christopher Briley (right) standing on the scaffolding at a job site in downtown Portland.