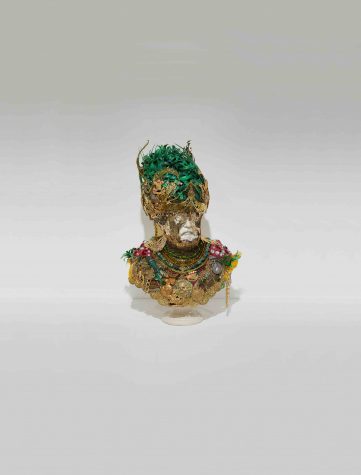 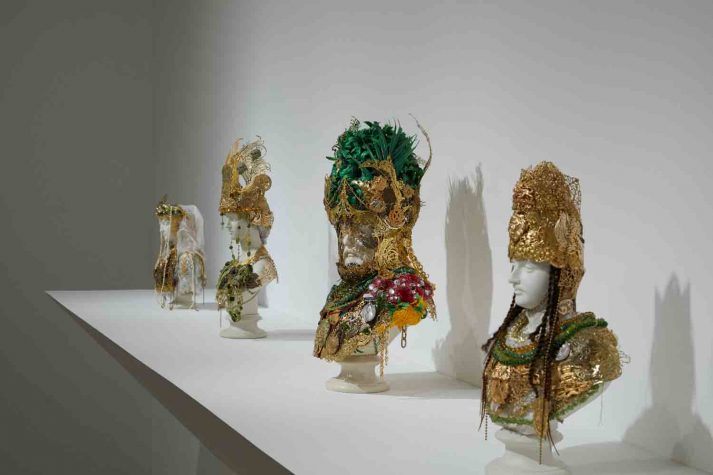 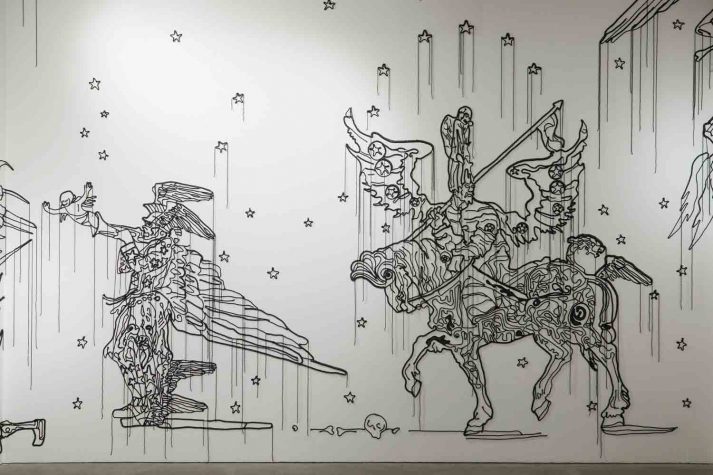 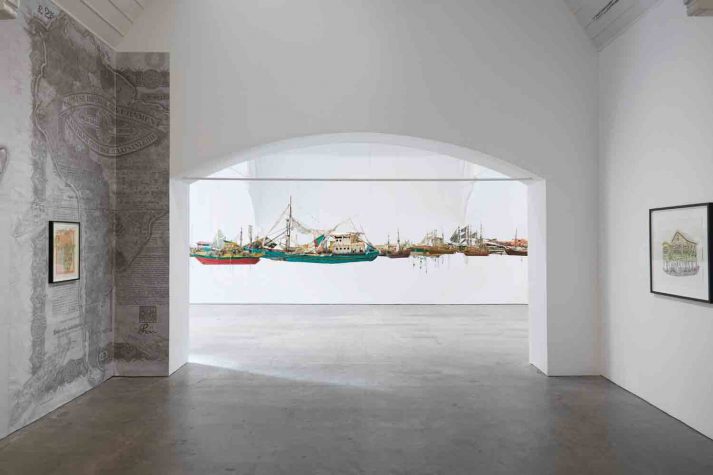 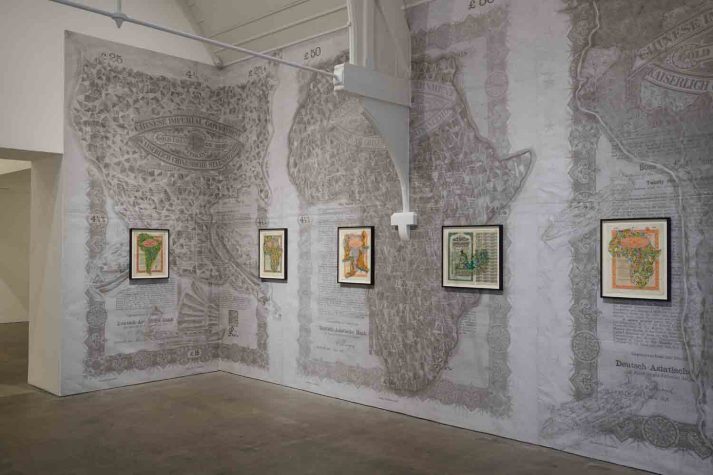 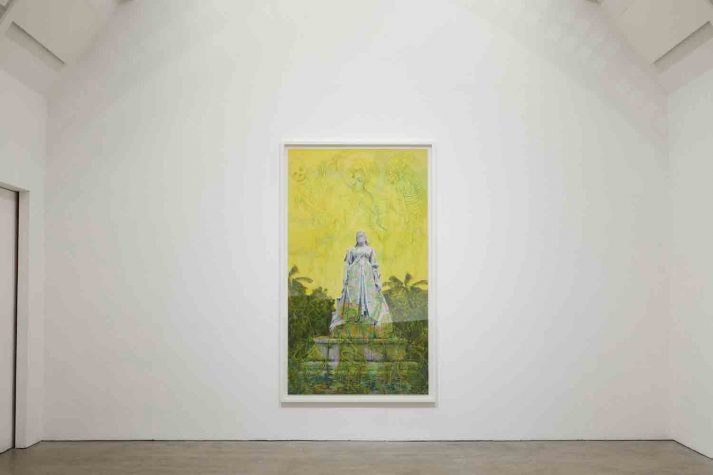 “We’re all floating on the same ocean,” says artist Hew Locke. Born in Edinburgh, Scotland, in 1959 and raised in Guyana (a British colony until 1970), Locke spent much of his childhood sailing between the United Kingdom and South America. In his comprehensive exhibition at the Colby College Museum of Art, Hew Locke: Here’s the Thing, his work examines maritime imagery and national symbols in relation to British colonialism. “He considers histories of imperialism, migration, and diaspora along with the realities faced by present-day political and climate refugees,” states a press release from the museum.

Here’s the Thing is the most complete exhibition of Locke’s work to date. It was first shown at the Ikon Gallery in Birmingham, United Kingdom, and traveled to the Kemper Museum of Contemporary Art in Kansas City, Missouri, before landing at the Colby College Museum of Art in Waterville, where it will end its international tour. The Nameless, a major site-specific mural installation, will be on view for the first time since it was displayed at the Ikon Gallery. It is accompanied by Armada, a fleet of suspended ships that conjures the universality of sea travel. Several antique busts modified with carnivalesque beads, imperial crests, commonplace plastic novelties, and other embellishments are also on display. Hew Locke: Here’s the Thing is open to the public from February 20 to June 7; Locke will be on-site at the museum for the final days of the exhibition. 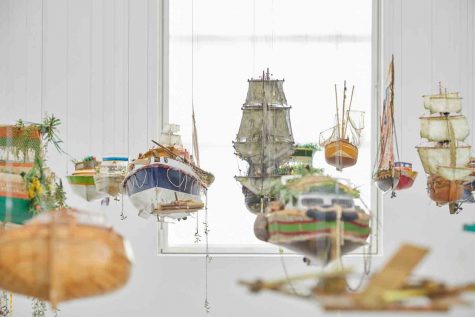