"At the Bates College Museum of Art, Ashley Bryan’s works are displayed in a comprehensive exhibition" 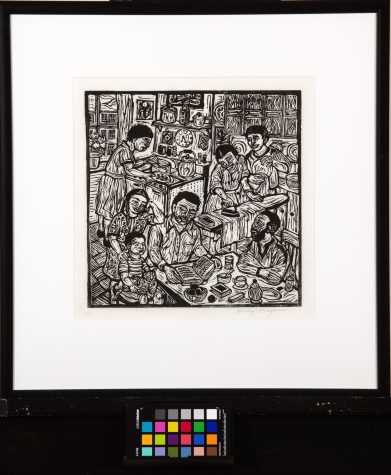 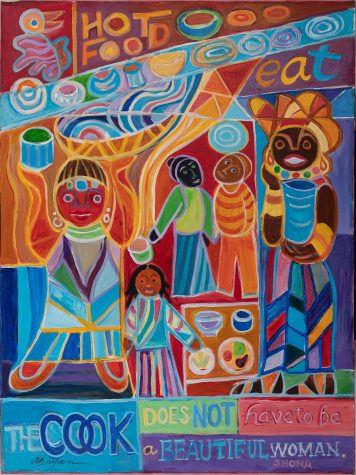 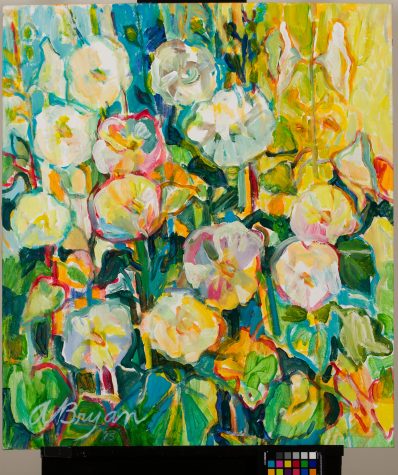 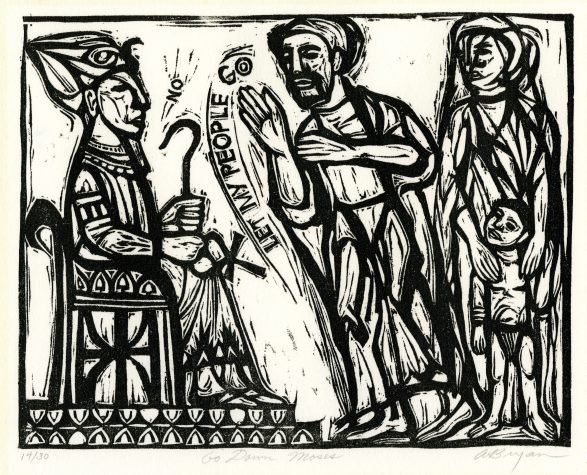 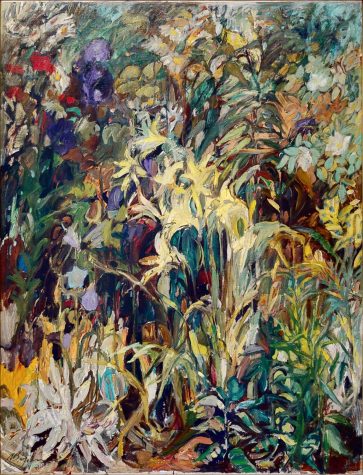 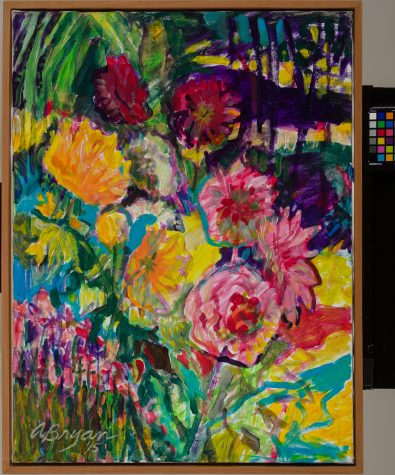 I can’t remember a time when I have not been drawing and painting,” says noted 97-year-old artist Ashley Bryan. As an illustrator, painter, author, printmaker, storyteller, and puppet maker, Bryan is one of Maine’s most celebrated artists. His paintings are varied in subject and style; his earlier works were neutral and expres- sionistic while his later works depict brightly colored flowers and scenic images inspired from time spent on Little Cranberry Island. Bryan has also written and illustrated more than 50 books, including award-winning titles such as Beautiful Blackbird and I Am Loved. When he was a child, Bryan loved going to the library, but as an African American boy he found he rarely identified with the depictions of African Americans in the books he read. This fueled Bryan to later illustrate and write books inspired by African folktales and Black American spirituals.

Bryan was born in Harlem, New York, in 1923  and  grew  up  in  the  Bronx  during  the Great Depression. He came to Maine in 1946 to attend the first-ever classes held at the Skowhegan School of Painting and Sculp- ture. Soon after, he was regularly spending summers in the Cranberry Isles before moving to Little Cranberry Island full-time in the 1980s. Between  1960  and  1973  Bryan  taught  at schools in New York and Philadelphia, then he went on to teach at Dartmouth College from 1974 to 1988.

A multitude of Bryan’s works are on display at Bates College Museum of Art, now through March 2021. Works on view vary from book illustrations and an excerpt to paintings and collages. Although the museum is currently open only to those carrying a Bates College ID card, the exhibition can be viewed virtually at bates.edu/museum/ashley–bryan.