Whether it is a crisp crimson or a deep raspberry, there is something decidedly brave about painting a room red 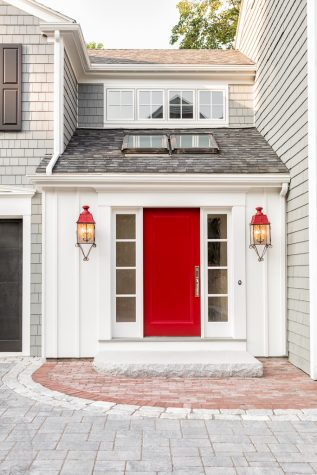 Linda Banks’s client asked her to fill her Casco Bay home with touches of red. “My beautiful client is obsessed with red because she was born on Valentine’s Day,” says Banks. “It’s been her color her whole life.” 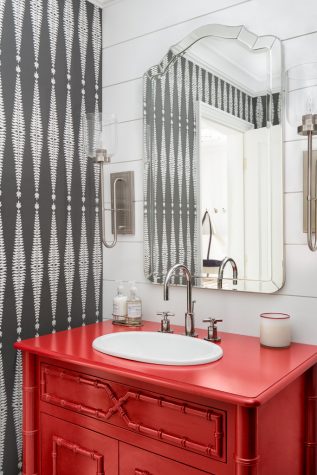 Banks used her favored hue against a backdrop of crisp white in several ground-floor rooms, including a cherry red front door and a bathroom vanity both painted in Benjamin Moore’s Heritage Red. 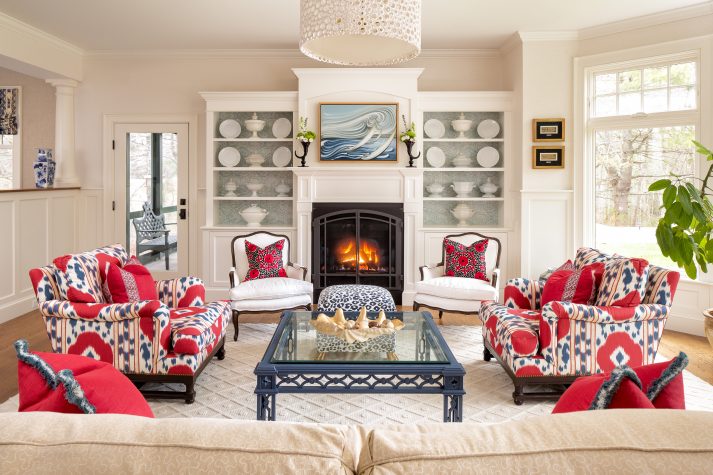 Red jumps to the forefront of Leandra Fremont-Smith’s mostly neutral living room thanks to the Varkala Print fabric by Brunschwig et Fils on two armchairs and the crimson throw pillows. It’s a perfect example of how to use red strategically without overwhelming a room. The pairing of crimson and blue is a touchstone for Fremont-Smith, who says, “Blue and red is my favorite combination,” and has used it throughout her home. 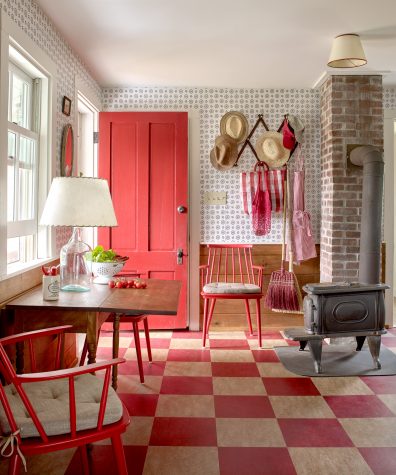 Decorator Tom Scheerer went long on red in his Swan’s Island home. “The kitchen was inspired by a lovely, woodsy, and rustic cottage we once rented on a nearby island. It came with an odd and modern touch—red Formica everywhere,” writes Sheerer in his book Tom Scheerer: More Decorating (Vendome, 2019). “With that memory in mind, as well as Maine’s ubiquitous crustaceous leitmotif, ‘lobster red’ seemed like a good choice for our kitchen too.”

The decorator Albert Hadley famously decreed that every room needs a pop of red. While Hadley him- self did not actually use red in every space he de- signed, the lesson he was trying to convey rings true: Even in small doses, red brings a room to life. “Red is often associated with power, passion, and energy,” says Sue Wadden, director of color marketing at Sherwin-Williams.

Red’s power dates back to our most primal roots. The abil- ity to see red was an evolutionary advantage because it likely helped our distant ancestors discern which fruits were ripe and ready to eat. Of course, red is also the color of blood, and therefore it has long been tied to courage and sacrifice. Throughout European history, red was the color of the clergy, the aristocracy, and the military. In fact, in some cultures, in- cluding ancient Rome, red was the only color with a name: Any language may not have a name for purple or blue, but if it uses any words to describe color, there is always a word for red.

Because of its power, red can easily overwhelm a space, warns Wadden, but used strategically it can spark energy and delight the eye. We spoke to Maine designers about how to make shades of tomato and ruby work in your home.

Use crimson to spark conversation
Put red’s invigorating properties to work. “I re g red in spac- es where you want to feel awake and energized, and where you want to stir up conversation,” says Wadden. Think of communal rooms—kitchens, living rooms, and dining rooms—as great spaces to try this energized hue.

Start with a print
If you’re eager to try red in your decor but don’t know where to start, look to patterns. “Find a fabric, wallpaper, or even a piece of artwork with a red that you like, and work from there,” suggests Leandra Fremont-Smith, an interior designer based in Yarmouth. “If you are using a red-dominant fabric or wallpaper, I would suggest selecting a more neutral palette for the rest of the room,” she adds.

Stick to true hues
When using red, Linda Banks, a decorator and the founder of Falmouth’s Simply Home, prefers to use a true fire-engine red color. However, she notes there was a stretch of time when this was not easy. “When man- ufacturers took the lead out of paints, it took years for them to perfect that true red,” says Banks, noting in the 1990s reds could be muddied, pinkish, or purplish. Fremont-Smith also recommends a clear crimson, saying, “Make certain not to stray too far toward orange or maroon when selecting a red.” If you find you’re leaning toward orange, she says just use that instead. If you’re skewing maroon, she suggests a pretty plum or eggplant color.

Pair it with white

To play up a true red, pair it with a true white says Banks. “It’s very crisp— very fresh,” she says. “[Red and white] is not indecisive: It’s very intention- al.” Banks used this tactic in a client’s Casco Bay home, saving creams and beiges for rooms that don’t feature blocks of red.

If red is one of your dominant colors in a room, Fremont-Smith suggests “elaborating” on those tones. “Often we will take other accent colors from that base, like coral or sometimes even pink, and infuse them throughout the remaining spaces,” she says. “Pops of warm tones like salmon, poppy, or orange, instead of an overwhelming amount of red, can be more impactful.”

Pay attention to undertones
While red is always a warm hue, its under- tones can skew warmer or cooler and will determine what colors look best with your particular hue. “As long as you match the undertone, red can go with anything, so be bold and pair it with a variety of colors,” says Wadden.

Complement it with blue
“Blue and red is one of my favorite combi- nations,” says Fremont-Smith. “The two al- ways work well together because they are primary colors.” Wadden agrees that true reds pair well with blue, and she suggests pairing lighter, brighter reds with a deeper navy blue, and more tonal reds with a softer blue, like Sherwin-Williams’s Aleutian.

Create a rosy welcome
Designer Linda Banks proves a red door is a cheerful gateway to a home (opposite). Wadden notes that reds are also a nice choice for entryways. There’s a reason this color feels welcoming: historically, church- es and inns both painted their doors in shades of red (the churches to signify the blood of Christ and the inns to let travelers know where they might rest in an unfamiliar town). It’s also an old tradition to paint your door red when your mortgage has been paid off!

Before you commit to painting a wall red, get a sample, advises Banks, who recom- mends samplize.com, a site that will send you 18-inch square peel-and-stick samples of any paint colors you desire. “Choose three favorite reds, put them up, and watch how they change,” says Banks. Ask yourself, do they change with the light at night? Or do they remain true?

A History of Red

Ochre: An earth-based pigment used in the most an- cient artworks, including cave art paintings and early pottery. It was derived from iron-rich rocks that were ground into a powder and heated, and archaeologists can now trace the use of ochre back 300,000 years.

Carmine: Starting in about 200 CE, the Aztec and Mayan peoples created dye by grinding up tiny cochineal bugs, which create a powerful red pigment when dried. Af- ter Spanish conquistadors arrived in South America in the early sixteenth century, the pigment became highly prized in Europe and was Mexico’s second-most valued export after silver. It was used in everything from British army uniforms to paintings by El Greco and Rembrandt.

Vermilion: A pigment that dates back to at least 2,500 years ago in China, where it is still integral to red lac- querware. Employed by European painters from the Renaissance onward, true vermilion is no longer used today because it is highly toxic.

“Red is the great clarifier—
bright, cleansing, revealing.
It makes all colors beautiful.
I can’t imagine being bored
with it. It would be like
becoming tired of the
person you love.” 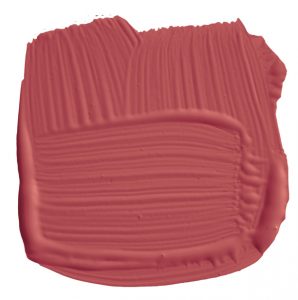 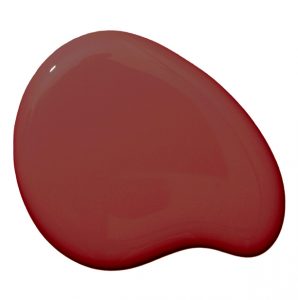 Benjamin Moore Heritage Red
Part of the Historic Color col- lection, this is a timeless hue 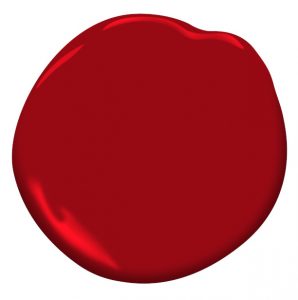 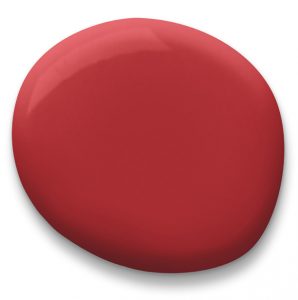 Sherwin-Williams Real Red
As its name implies, this is a true, clear red 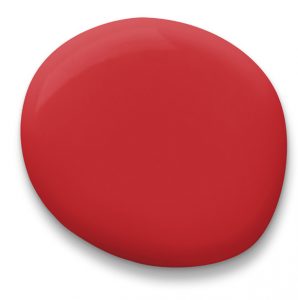 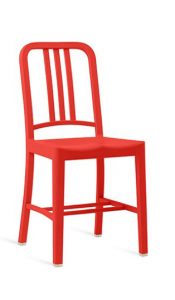 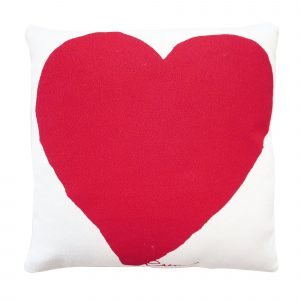 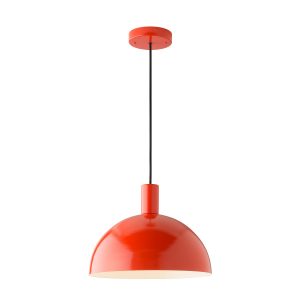 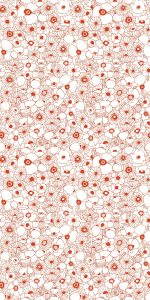 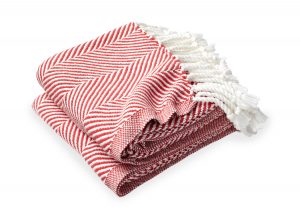 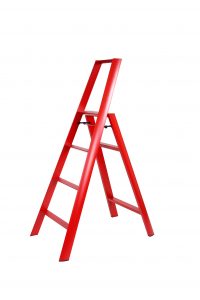 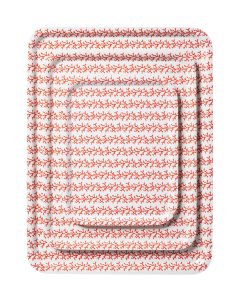 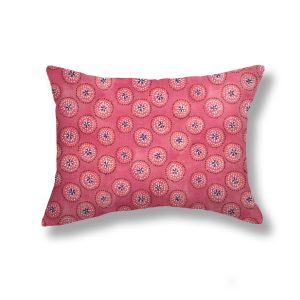