Adventurer in the Arts | Marsden Hartley 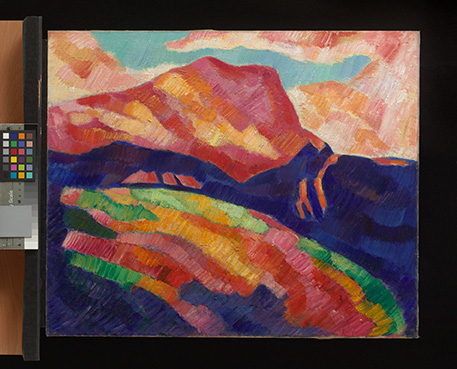 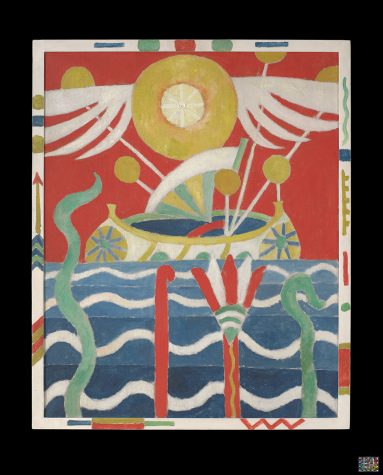 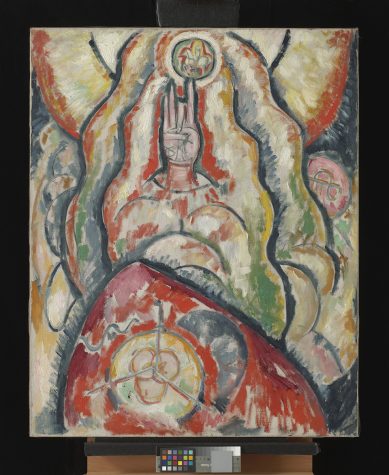 Unlike so many artists drawn to Maine for its arresting landscapes and jagged coastline, the pioneering modernist Marsden Hartley (1877–1943) was born here. A Lewiston native, Hartley had a complicated relationship with his home. Bleak occurrences—his mother dying when he was eight, his sisters leaving him alone to live with their father and stepmother, his 14th year spent working in a shoe factory—caused him to look back on his childhood as a time of great difficulty and loneliness. In a letter to the preeminent photographer Alfred Stieglitz, Hartley once described the sensation of hearing a New England accent as “a sad recollection [that] rushed into my very flesh like sharpened knives.”

Perhaps because of this, Hartley became a lifelong wanderer. “He never spent more than 13 months in one place his entire adult life,” says Bill Low, co-curator of the new show Marsden Hartley: Adventurer in the Arts, which opened at the Bates College Museum of Art on September 20 and runs through November 19. “He loved New York, he hated New York. He loved being in Maine, he detested Maine and its provinciality,” says Low. “He’d go somewhere new and be excited about his work and how things were going, and then a few weeks later he would be despairing and depressed.”

Hartley was also gay, which would have played a part in his conflicted feelings about his place of origin, a conservative mill town where it would not have been acceptable to lead an out gay life. “You see him wrestling with that relationship over the course of his career,” says Randall Griffey, curator of modern and contemporary art at the Metropolitan Museum of Art, in a digital interview about the museum’s 2017 exhibition Marsden Hartley’s Maine. “He had a wonderfully rich but complicated and sometimes contradictory relationship with Maine, and I think that’s an experience that so many people can identify with, especially if you’re from one place, you leave it, and you try to come back.”

Developed in collaboration with lead curator Emily Navratil of the Vilcek Foundation in New York City, which houses a collection of wide-ranging Hartley paintings, this new exhibition traces the artist’s lifelong search for inspiration and invention. Thirty-five paintings and drawings are presented alongside a selection of Hartley’s personal effects—luggage tags, photographs from throughout his life, his palette and paint box—as well as memorabilia he collected in his worldwide travels, articles that were either gifted to Bates by Hartley’s estate upon his death or, later in the 1950s, by Norma Berger, Hartley’s niece and closest confidante. The objects, like a cigarette case monogrammed in Berlin, pre-Columbian artifacts Hartley collected while in Mexico, and edelweiss and heather flowers he gathered and pressed in Germany, add context to the works of art, bringing an intimacy to the portrayal of this peripatetic, mercurial artist.

“Hartley lived in Maine, but he also lived in Berlin, in Aix-en-Provence, Santa Fe, California, Bermuda,” says Low. “All of these places and the artists he engaged with impacted Hartley’s work and style.” In her essay “Marsden Hartley and the Circus: A Vagabond Family,” Schuchardt Navratil reflects, “As he was a man without a home, the places to which he traveled and the objects that he collected took on an enormous significance for Hartley.”

Over the years, Hartley’s work has become more appreciated, and the Marsden Hartley Memorial Collection at Bates is in increasing demand by modernist scholars and American art historians who come to learn more about the self-proclaimed “painter from Maine.” Like other truly innovative artists, Low says Hartley’s work was challenging for most people in his lifetime. “People had a hard time understanding his frequent stylistic shifts,” he says. “With the increased perspective that we have now, we can connect the dots and better appreciate the evolution of this modernist’s often radical approaches and techniques.” Marsden Hartley: Adventurer in the Arts will travel to New York, where it will open at the Vilcek Foundation on September 19, 2022.