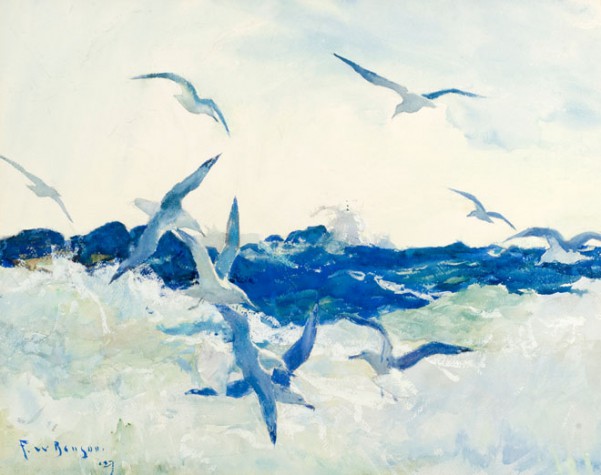 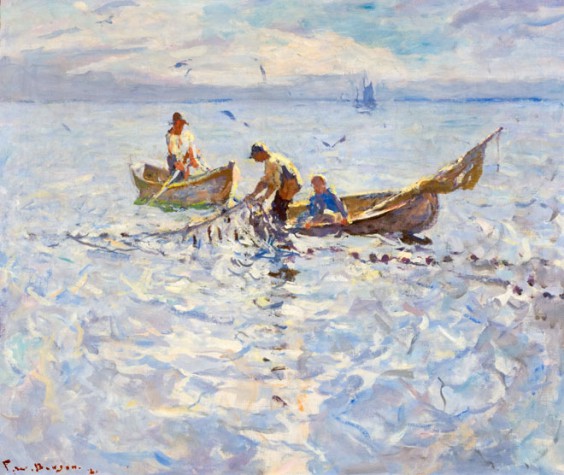 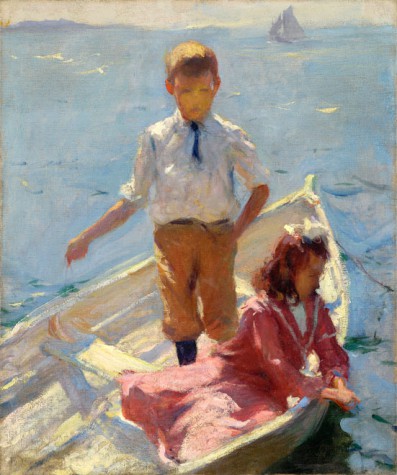 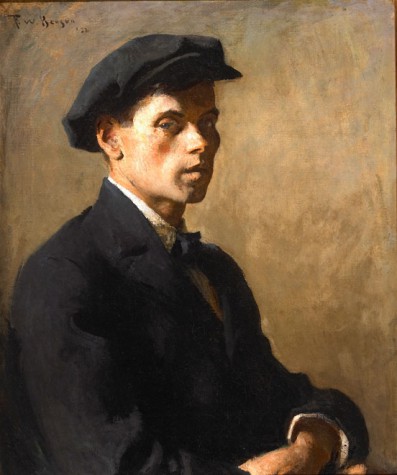 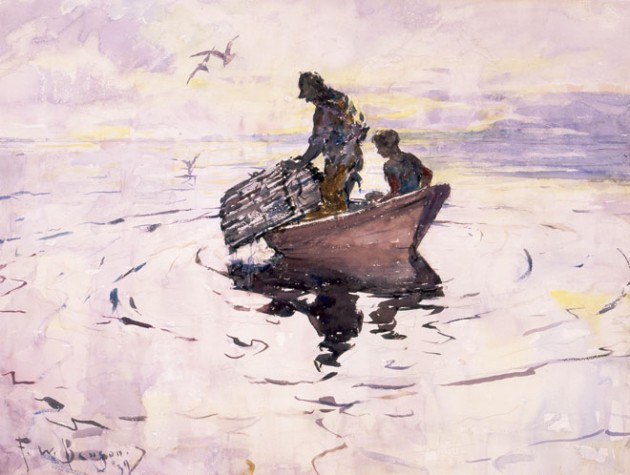 An exhibition at the Farnsworth celebrates Frank W. Benson’s time on North Haven

In 1900, the celebrated artist Frank W. Benson received an invitation from a friend to visit North Haven. Eager to find a place to summer with his growing family, he accepted. The Bensons fell in love with the picturesque island, particularly the 25-acre Wooster Farm and its 1795 farmhouse, which occupies a sliver of land overlooking Camden Hills and the Fox Islands Thoroughfare. With his sights set on turning the large barn (formerly the home of Levi Wooster’s cows) into a studio, Benson and his wife began renting Wooster Farm the following summer, ultimately purchasing it in 1906.

For four decades, North Haven was Benson’s summer home. It was here that he created almost all of his sun-drenched Impressionist paintings and where he launched his prolific etching career.

The Farnsworth Art Museum’s exhibition Impressionist Summers: Frank W. Benson’s North Haven includes approximately 70 works that examine how Benson’s art was affected by his life on North Haven. The exhibition, organized on the 150th anniversary of the artist’s birth, includes key examples of his works in oil and watercolor, drypoints, etchings, and lithographs, many of which are being exhibited publicly for the first time. Here, we present a look at the exhibition.