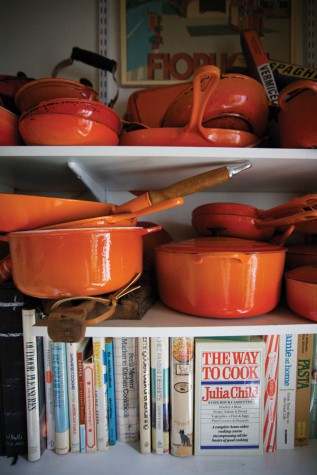 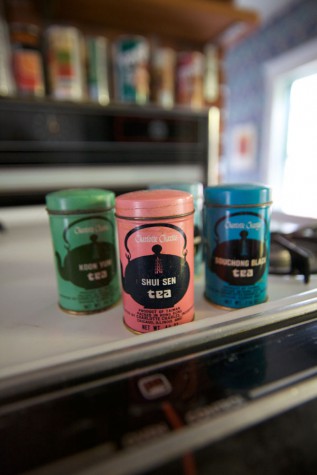 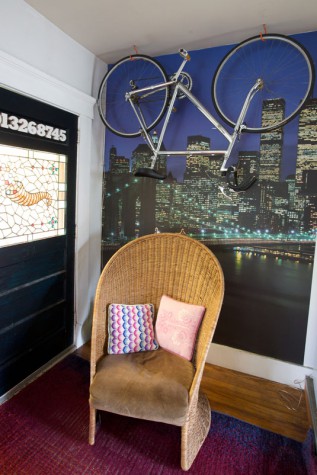 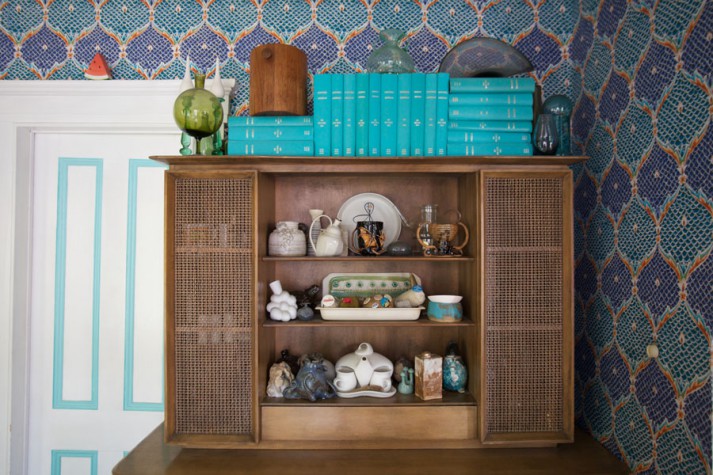 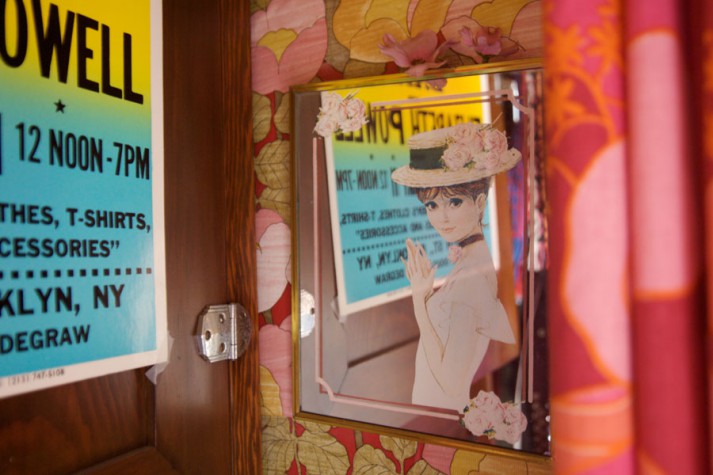 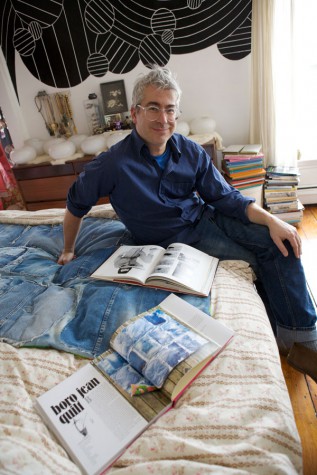 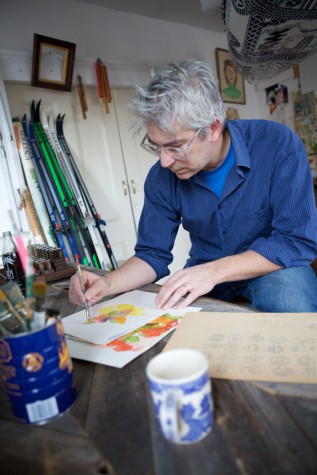 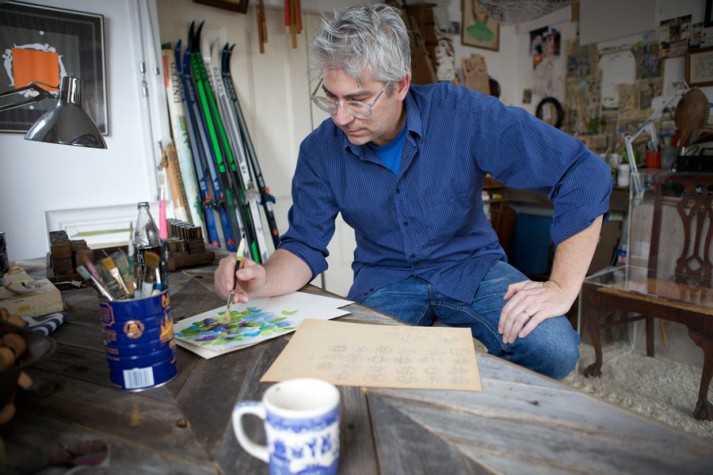 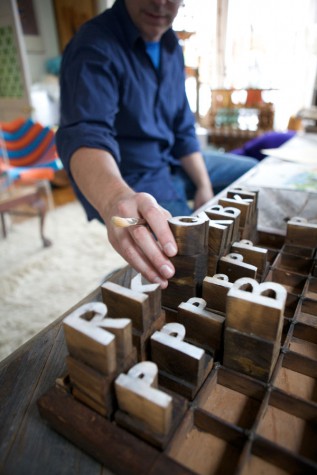 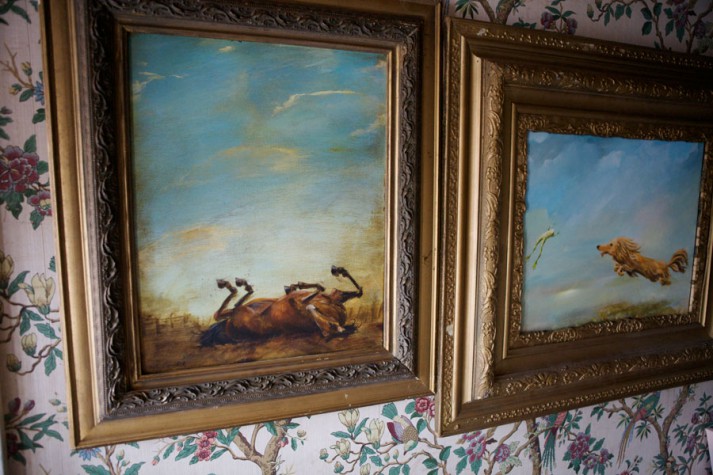 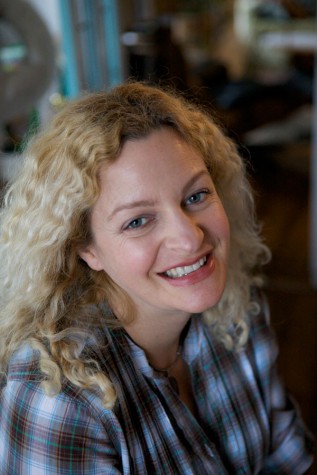 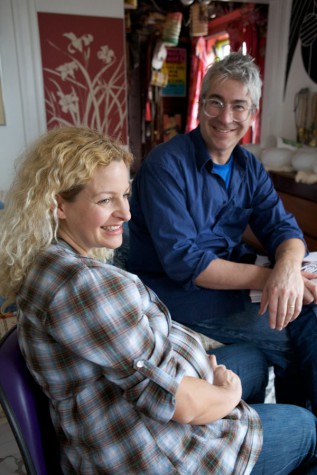 Next time you’re thinking about pitching that old canoe or discarding your driftwood collection, check out the work of John and Linda Meyers, whose Portland-based design business, Wary Meyers Decorative Artwork (Wary is Linda’s maiden name), embraces the principles of reduce, reuse, and recycle.

From their home and studio in the Old Port, the husband-and-wife team creates interiors, object designs, paintings, illustrations, and soft sculptures for clients from around the world.

They are also the authors of a new book, Wary Meyers’ Tossed & Found: Unconventional Design from Cast-Offs (Abrams, 2009), that features their whimsical collection of one-of-a-kind projects crafted from flea-market finds and salvaged materials.

The book offers step-by-step instructions that even do-it-yourself-challenged readers can easily follow. John, a former display director for Anthropologie, drew the illustrations and wrote the text. Linda, a seasoned advertising graphic designer, provided the creative direction.

Tossed & Found “evolved from a yearlong Time Out New York column based on our creative design projects,” according to Linda. “People embrace the idea of repurposing discarded objects, of infusing new life into things previously deemed to be junk,” adds John.

While Tossed & Found showcases their ingenious projects, John and Linda’s apartment spotlights their mod-meets-organic sensibility. The couple has culled, upcyled, and curated a collection of oddball objects, paintings, and furniture that, despite their widely dispersed origins, come together into a soulful aesthetic that can only be described as very Wary Meyers.

“Our design principles are rooted in our love of mixing old with new and from giving new life to something otherwise bound for the landfill,” says John.

In the living room, for example, a pair of Eames lounge chairs scored at an estate sale face a sofa piled (and piled) with colorful Bargello needlepoint pillows. Dramatic colors and fabric wall treatments (the dining room wall is covered in French chintz that has been cleverly applied with liquid starch so it can be easily removed) create a bold backdrop for the couple’s eclectic tastes.

It’s the sum of all these vintage finds that makes the Wary Meyers style environmentally conscious, wholly original, and completely fresh.