Art From All Sides 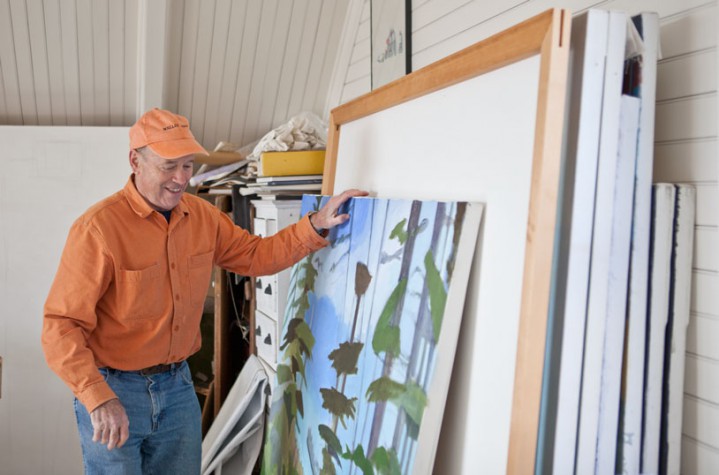 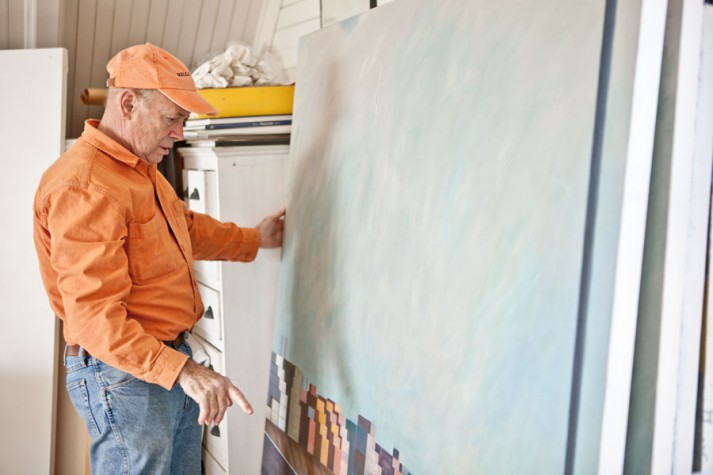 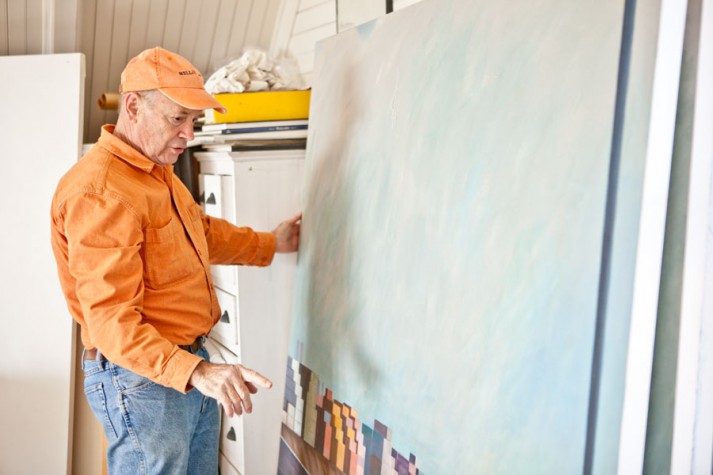 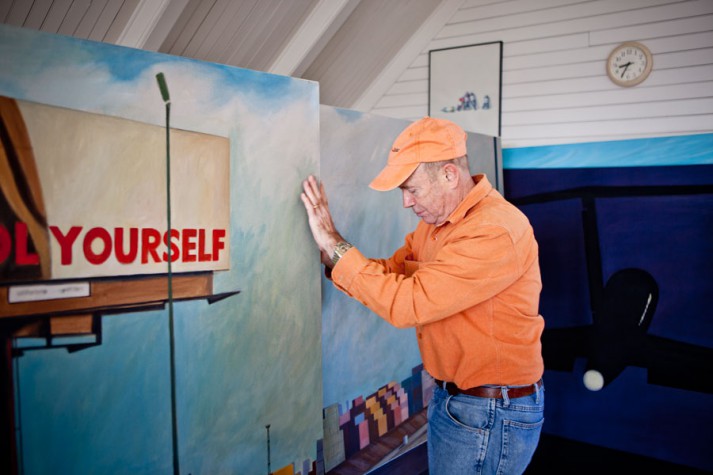 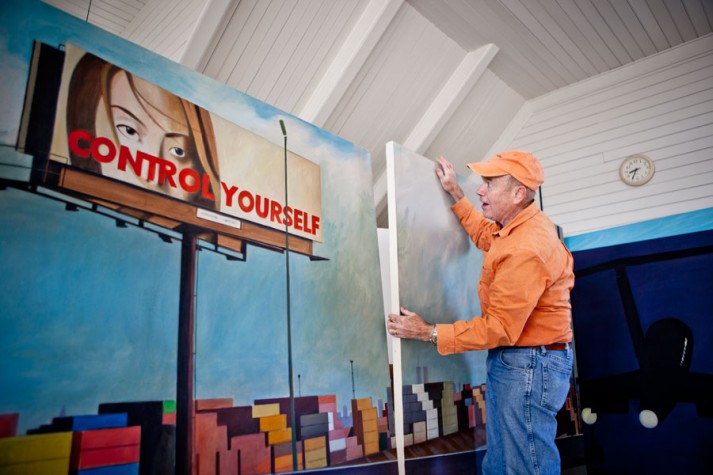 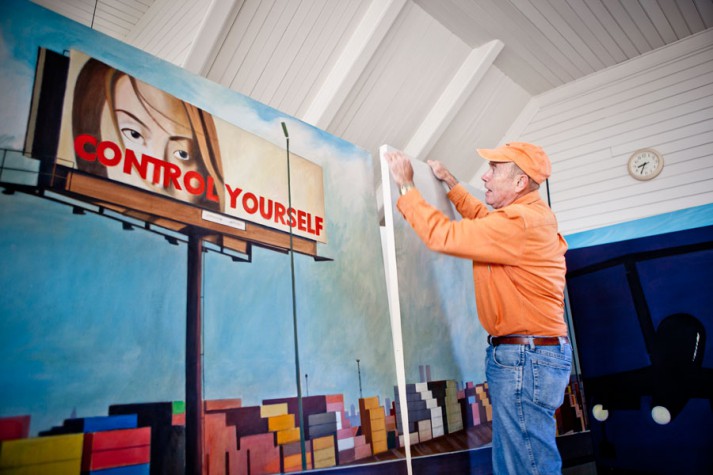 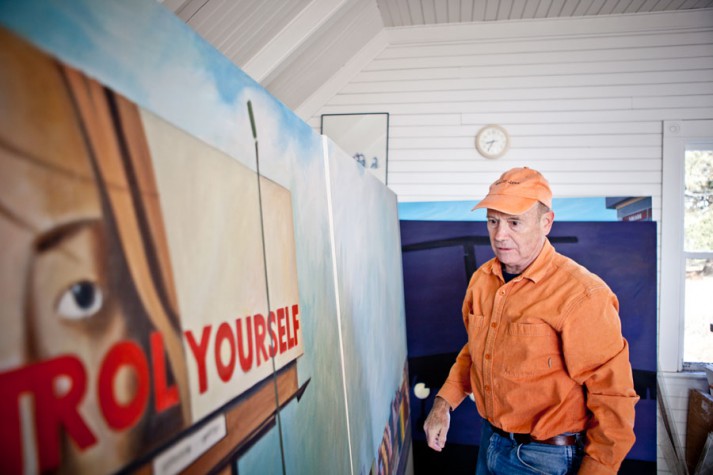 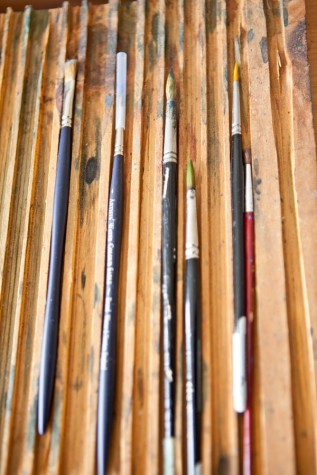 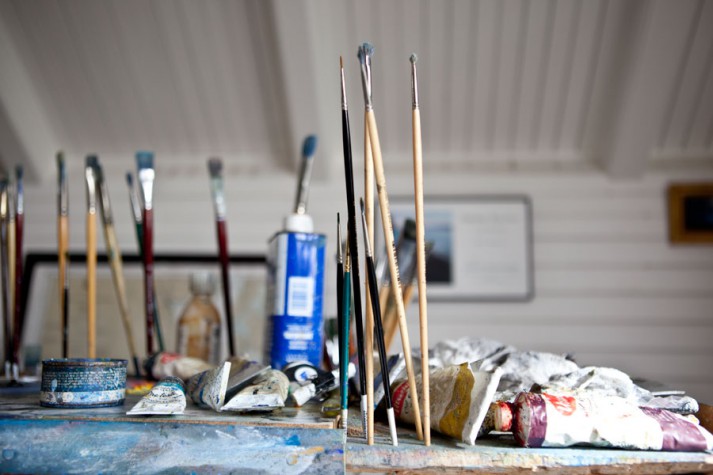 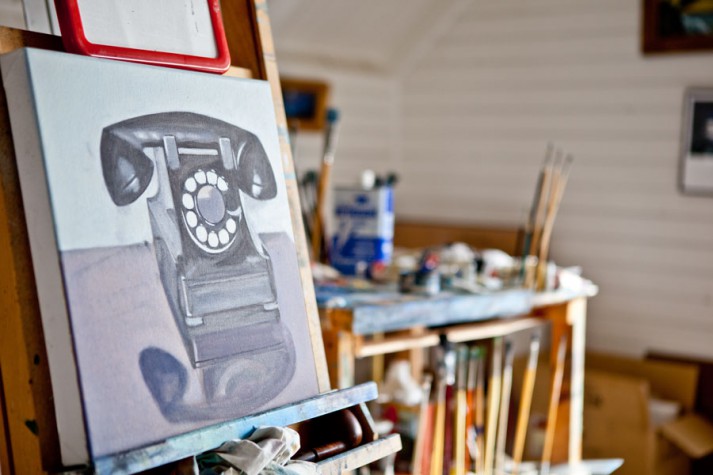 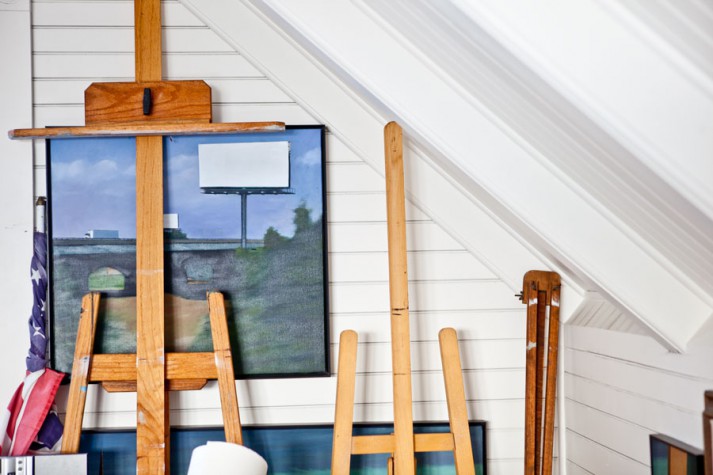 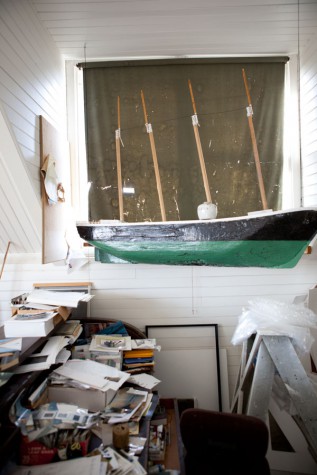 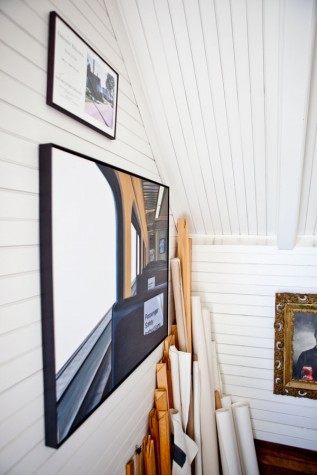 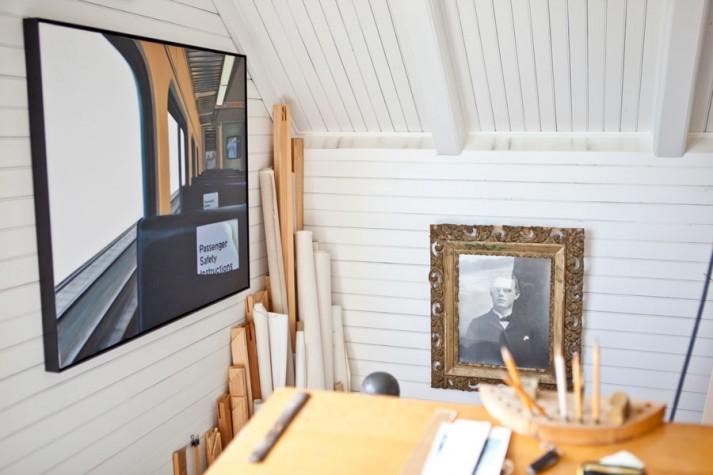 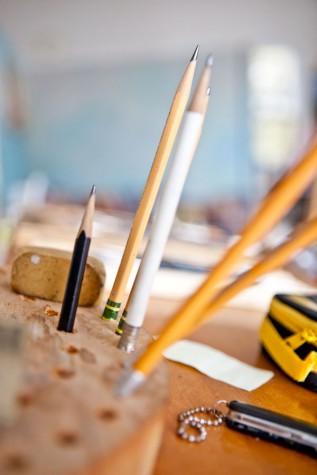 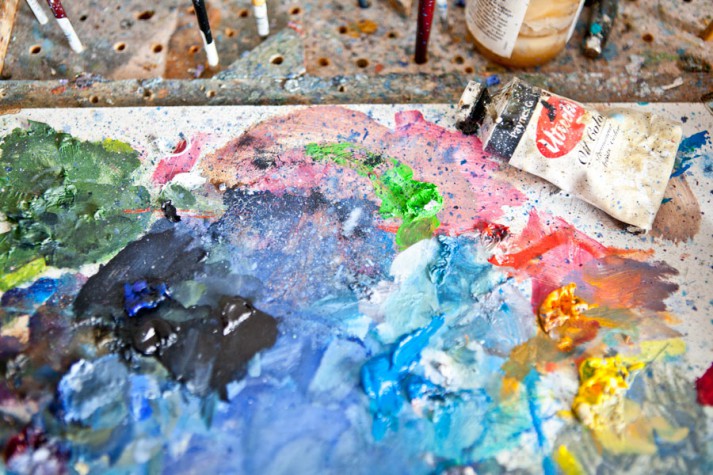 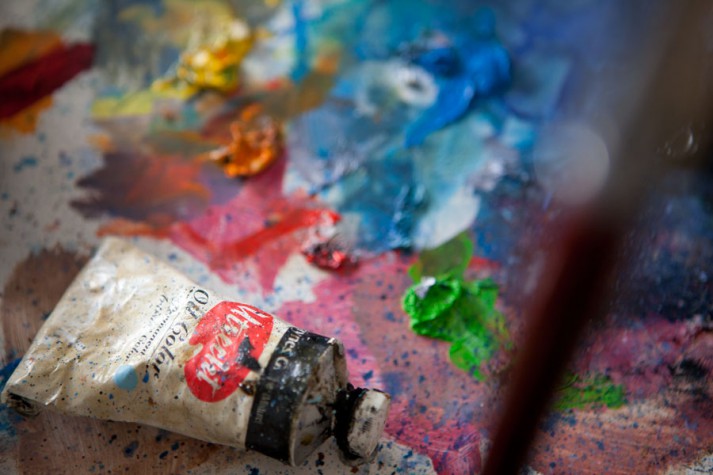 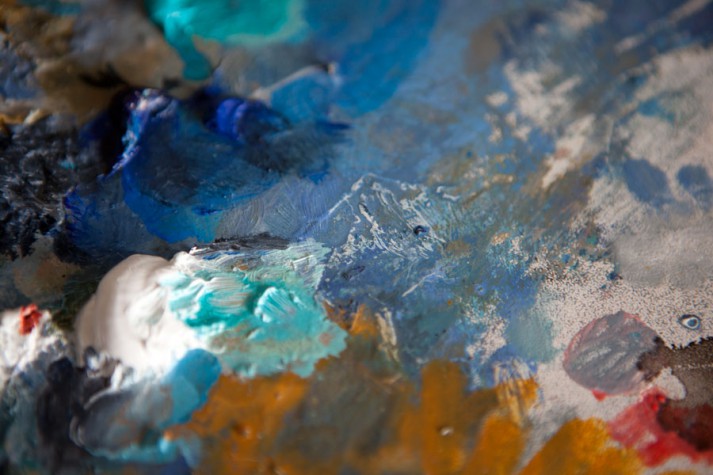 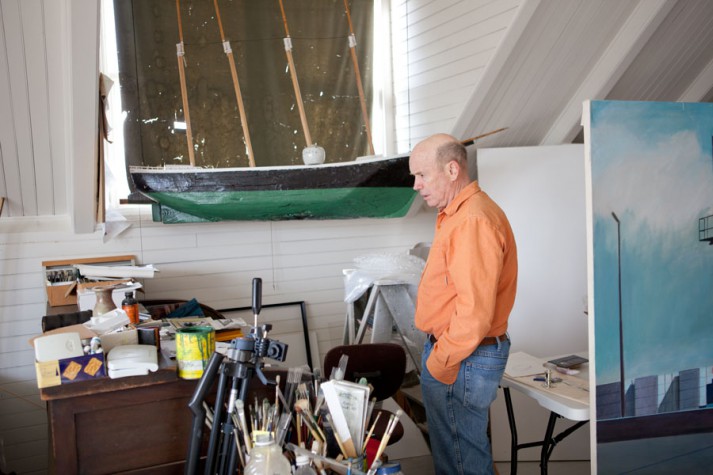 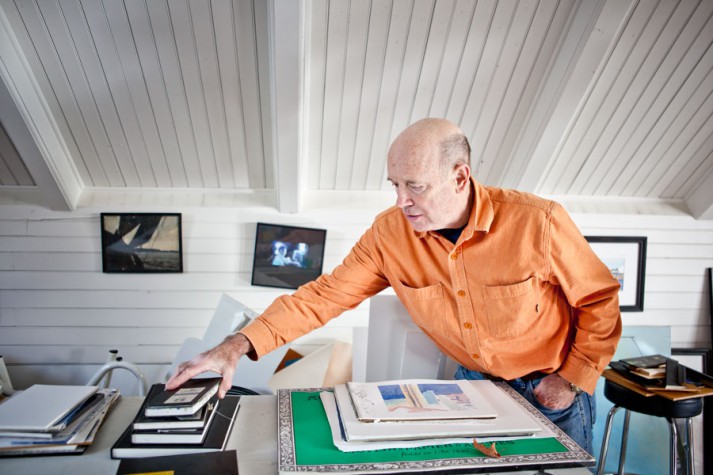 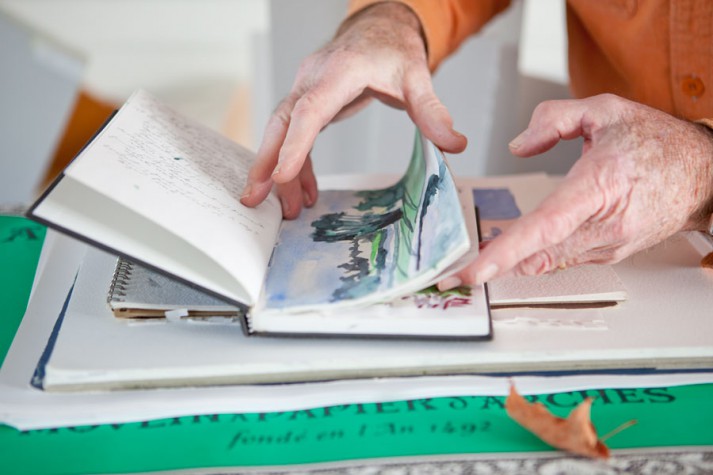 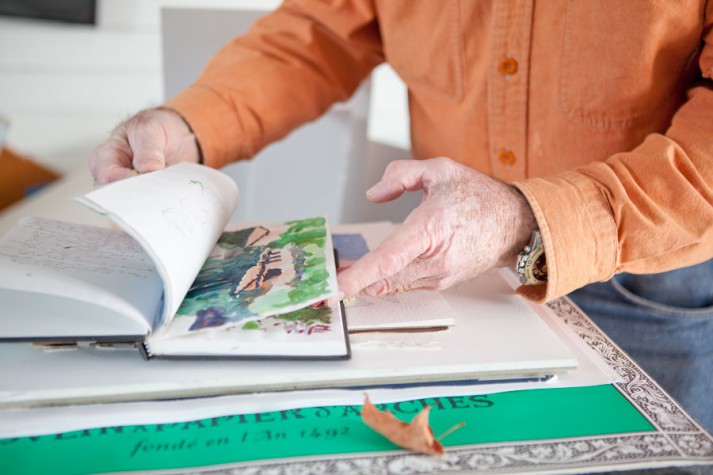 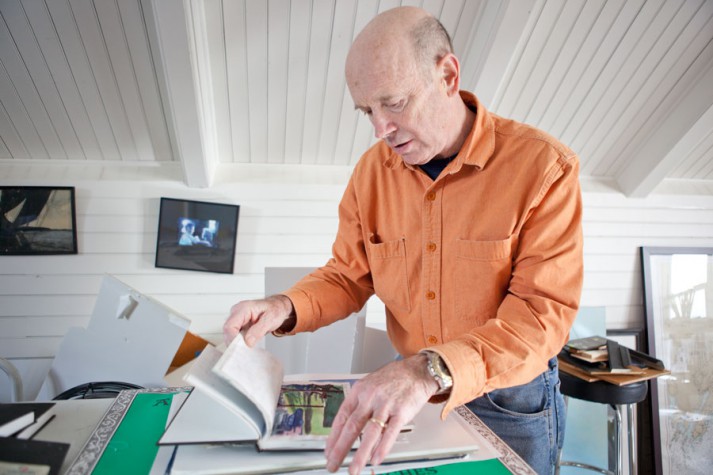 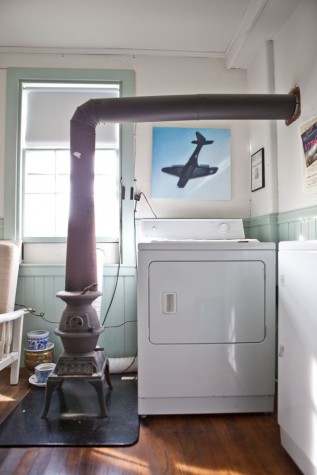 Frederic Kellogg has looked at art as a starry-eyed admirer, a promoter of artistic freedom, and now as an accomplished painter in his own right

As a A young boy, Frederic Kellogg spent summers in Islesboro sailing, exploring the granite-edged shore—and picnicking with Andrew Wyeth. “At least once a summer, there was a meeting of the families,” says Kellogg, whose father ministered to an island church in the warm months and befriended Wyeth, then unknown, in the late 1940s after seeing one of his paintings in an artist-supply catalog. “Winslow Homer was the great American watercolorist at the time, and my father saw a new Homer in some of the early Wyeth watercolors,” he says. In the fall, the elder Kellogg, a chaplain at Harvard University and a watercolorist by avocation, would bring some of Wyeth’s paintings home to Cambridge to show his friends. “He would put them out on the floor and people would look at them,” says Kellogg. “And the smart ones would buy them.”

Although Kellogg was only 10 when he first met the Wyeths (including then six-year-old Jamie), he also sensed the impact of Andrew’s work. “I remember seeing him do paintings—I saw him do a painting of my mother,” he says. (That particular work, Southwest Breeze, will be on display at the Farnsworth Art Museum in Rockland this summer.) “And I felt something electric. They were so evocative of feelings I shared about Maine—the way he brought out the change of seasons, the decay of old houses, and life on the water.”

Now Kellogg portrays those subjects—as well as urban snapshots of small-town Maine and Washington D.C., where he lives part of the year—in his own vividly colorful style. At his home in Thomaston, canvases—ranging from typical portrait size to a six-foot-square oil painting of a pier that makes you feel as if you could step into the placid, sun-drenched scene—occupy virtually every wall. Like Wyeth, Kellogg has a knack for conveying the exquisite in everyday imagery—the sea tinged a particularly bracing blue, an old bureau’s drawers left artfully ajar, or a car, tail lights ablaze in the semi-darkness, cruising down a lonely stretch of Route 1. Other favored subjects include gas stations, billboards, Laundromats, and phone booths. “The things that catch my imagination, sometimes I only realize why I did them later on,” says Kellogg. “Like the telephones—I didn’t know they were going to disappear and now it’s like they’re almost mystical.” A more chilling example is Kellogg’s View of Manhattan from the New Jersey Turnpike, a 12-foot-long oil cityscape depicting a billboard with the words “Control Yourself” and the twin towers looming in the background. Kellogg wonders if the painting, finished in July 2001, might be one of the last made of the World Trade Center before the towers fell.

Kellogg is represented by the Caldbeck Gallery in Rockland, and his work is held in the permanent collections of the Portland Museum of Art and the Farnsworth. With that kind of recognition, you would think he had been a professional artist for most of his life. In fact, although he has dabbled in painting since childhood, art is a second career. Previously, he was a state and federal prosecutor and a deputy assistant attorney general at the Department of Justice. In 1986, he became the general counsel for the National Endowment for the Arts, a move that helped motivate him to pick up his brushes again. “I wanted to see how the issues we were focusing on at the NEA affected artists, to give some context to my role there,” says Kellogg. He also saw an opportunity to try out a career that he had always been interested in pursuing. So why did he go into the legal profession initially? “I was drawn to the ferment of the 1960s—civil rights, the environment, the concern for the future of the country. I didn’t have it in me back then to be a loner, to lock myself in a studio all day, which is what the good artists—Wyeth, Rockwell, Joseph Cornell—tended to do. Now it’s easier to have a more socially connected life, and I do.”

In 1992, Kellogg devoted himself to painting full time and got his first big break: a showing at a Washington, D.C., gallery. More opportunities in D.C. and in Maine, where he lives from May through October, soon followed. He served on the board of the Center for Maine Contemporary Art in Rockport for eight years before moving to the Farnsworth, where he was recently named president of the board. “Maine art has had the strongest influence on my career, so it’s important to me to engage in the community here,” says Kellogg. “It’s gratifying and not really intrusive because it motivates you to work when you have time to work.”

Kellogg now paints most afternoons. He keeps sketchbooks, brushes, a wallet-size palette of watercolors, and a tiny jam jar of water with him so he can “quickly capture an impression” when he’s out in the world. Then he heads back to his studio to work on it. In D.C., he paints in a sunny, third-floor room of a townhouse with a street view. At the house in Thomaston, which he bought in 1995 because it had an ideal studio space, he has an airy, whitewashed room above a barn. A bay window he calls “Hopperesque” overlooks the St. George River and a set of railroad tracks. “I love to do different skies, and here I can see above the trees 180 degrees,” says Kellogg. “Late in the day, seeing all the colors in the sky from high up—it’s very stimulating.”

The artist’s task of translating that inspiration into an effective painting is what Kellogg finds most exciting. “I feel like I’ve been able to dip my toes in the same river that Andrew Wyeth and other great artists walked in because I’ve figured out how they went about their work,” he says. “I may not be able to do what they did, but I have the same feeling of water flowing over my feet.”