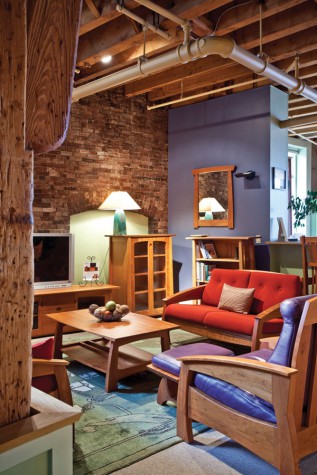 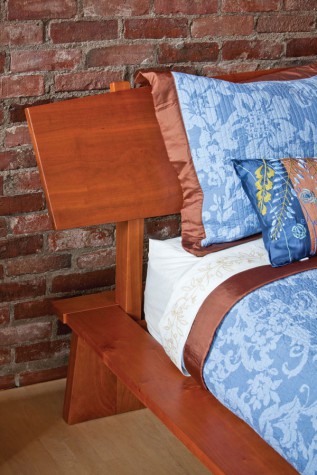 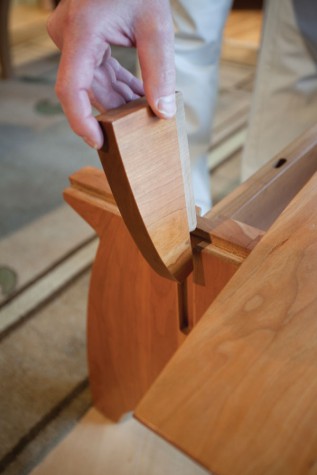 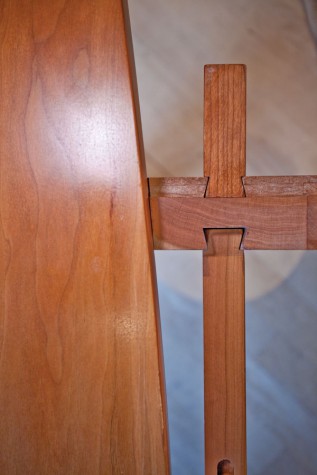 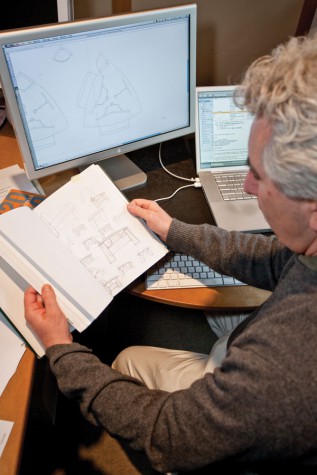 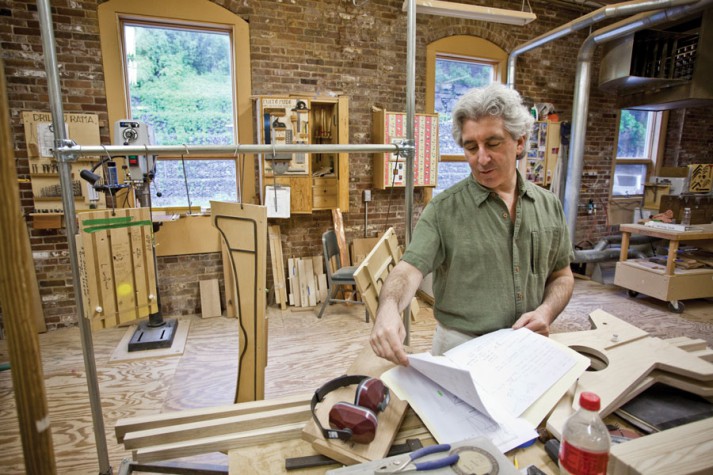 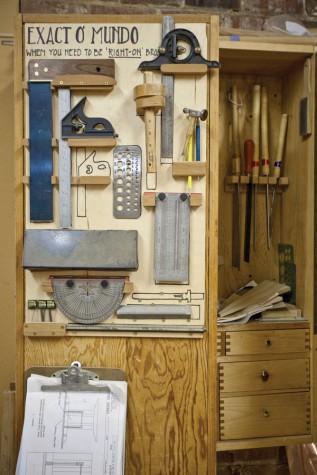 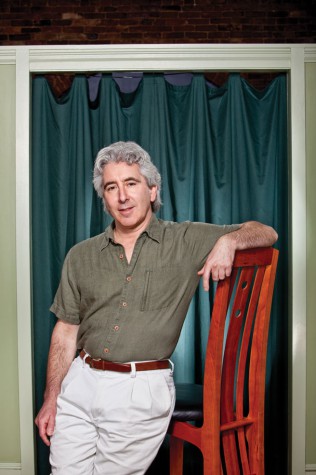 A furniture designer discovers his passion for the process

If there were a mascot for the saying “Life is more about the journey than the destination,” Doug Green would be it. That isn’t to say the furniture maker, inventor, industrial designer, wood tamer, and founder of Green Design Furniture in Portland doesn’t love a fine finished product; it is just that, for Green, the process of design is the most compelling part of his work.

Green has spent most of his life toying with inventions. With an engineer for a father, Green had a drafting board by the time he was eight, blew up a television once while taking it apart, and fashioned a control panel on his bed that was connected to light switches and a radio. “I was fascinated by objects and how they work. I was always taking things apart and putting them back together,” he says, as he reclines on one of his custom-designed sofas in his Commercial Street showroom.

Though Green’s passions emerged early on, it wasn’t until later in life that he figured out just what to do with them. After graduating from Bowdoin College with a degree in English, Green taught preschool in Brunswick. The experience proved to be an inspiration for his next step. “Being around three- to five-year-olds with their unbridled creativity and spontaneity reminded me of who I was. I realized that for children work is play; it’s how they learn and how they grow,” he says.

While watching a man carve a chair at the first Maine Festival on the Bowdoin Campus in 1978, Green was transfixed. He began taking woodworking classes, then opened up his own shop focused on custom furniture, eventually going on to work for Thos. Moser Cabinetmakers in New Gloucester for a year. There, Green started devising ways to produce furniture more efficiently. “I was responsible for making pencil-post beds with seven-foot-tall pieces of cherry at the corners. It would take a week to make four of these posts, so I invented this little jig where I could make ten in an hour,” Green explains. Though Green admits he wasn’t the best woodworker at the time, he excelled at devising ways to improve efficiency.

Eventually, Green realized that what he was doing had a name. “I was talking to a friend and she called me an ‘industrial designer.’ I said, ‘What’s that?’ I had never heard of it before,” he says. Not long after, Green enrolled in a master’s program in industrial design at the Pratt Institute in New York, where he spent a year and a half “in heaven.” Geared toward inventive thinking, the program broke Green of his tendency to give up too early on an idea. “You have to spend a long time thinking about what the design problem is, the history, how it’s made, the materials, etc. I learned how to think as a designer and to be patient with the process,” he explains.

Armed with a new appreciation for the design journey, Green was ready for the next step. And it was then that a big idea was born inside his tiny apartment. “I was looking for a sofa for my small New York City studio. Everything I saw was oversized and overstuffed and would have been impossible to get inside, so I decided to design one myself. I started thinking about how to simplify this design, what I could remove,” he explains. Green took out his pencil and sketched four pieces that joined together with dovetail grooves that obviated the need for fasteners or glue. After several months of traveling back and forth between Maine and New York to work on prototypes, Green’s ideas eventually became a tangible piece of furniture on the floor of his living room.

For Green, it was a life-defining project. “As I was sliding the pieces into place, I noticed what I had created was really strong. I realized that if I can do a sofa this way I can probably do a desk or a table or a bed as well.” Most pieces of furniture are put together with screws, nuts, or bolts that loosen with age, but Green’s method used the inherent strength of the wood and an ingenious system of interlocking joinery to hold the pieces together. “It was a completely different approach to furniture making. To create an entire structure this way and to make it so that it comes apart easily was a totally new idea,” he says.

Green recognized the process had huge potential and set out to license the technology to large furniture manufacturers. “I thought this represented a paradigm shift because, for the first time, you could make really high-end furniture from unassembled pieces. It was much more efficient than a big manufacturer producing fifty assembled pieces at a time—that takes up a lot of space and requires a lot of transportation,” Green explains. While a few of the big manufacturers expressed interest in the look of the finished pieces, none of them were willing to be the first to license the process. Green realized he was going to have to go it alone. And so, in 1993, he submitted his design methodology for a patent and returned to Maine, where he opened a showroom on Portland’s waterfront. Since then, Green has designed four lines of furniture and more than ­­­150 distinctive pieces.

The newest furniture line, Series 4, marks a new direction for Green. Using ash, an underused local hardwood, and introducing colors for the fist time by adding color tints to the varnish, the line has a contemporary, playful look. “My goal was to bring the new line in at a much lower cost than my earlier designs to reach a broader audience and help us and our audience through these lean economic times,” says Green.

While his product lines are constantly evolving, Green’s passion for the craft has remained constant. “Wood has character. It has a soul. I love hearing people ask, ‘Who is the designer?’ How often do you come in contact with an object and think about the creativity that went into it?” he says. “To me, that’s heartening. It means that the objects themselves are expressing something about the energy that went into making them.” Again, Green believes that the intent and energy is just as meaningful as the final result. “The process is kind of mysterious. The journey starts without knowing what your destination is.”