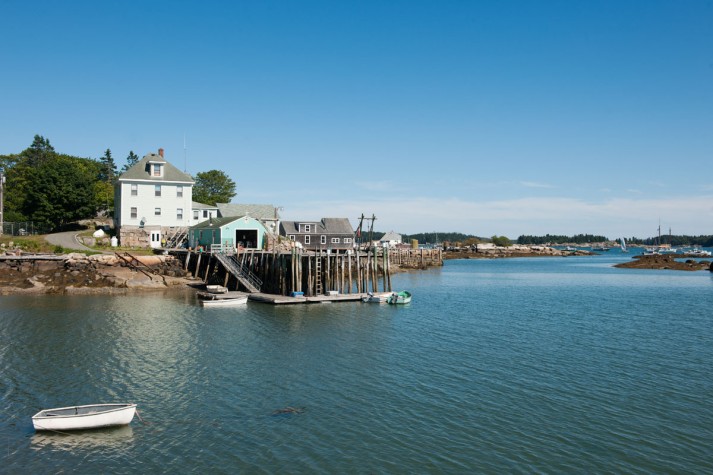 Views like these are commonplace in Stonington. The harbor is busy with boats and the horizon is layered with islands. 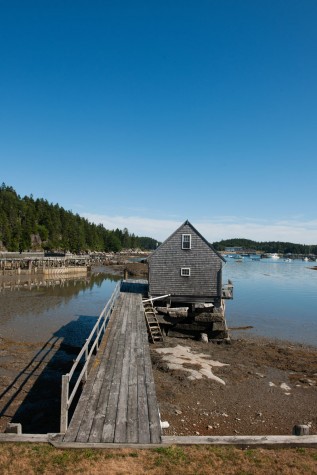 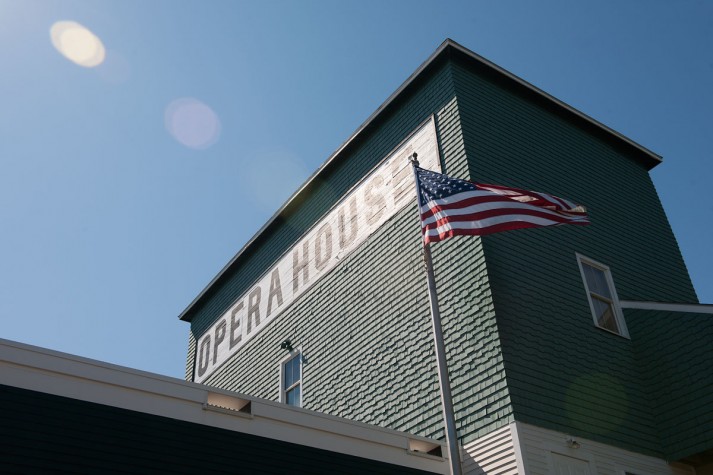 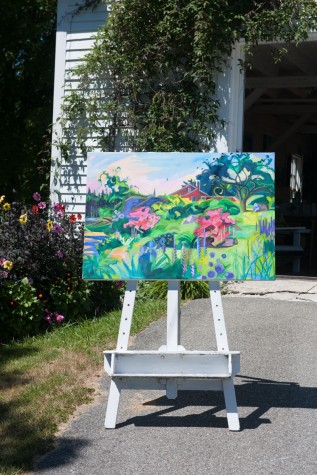 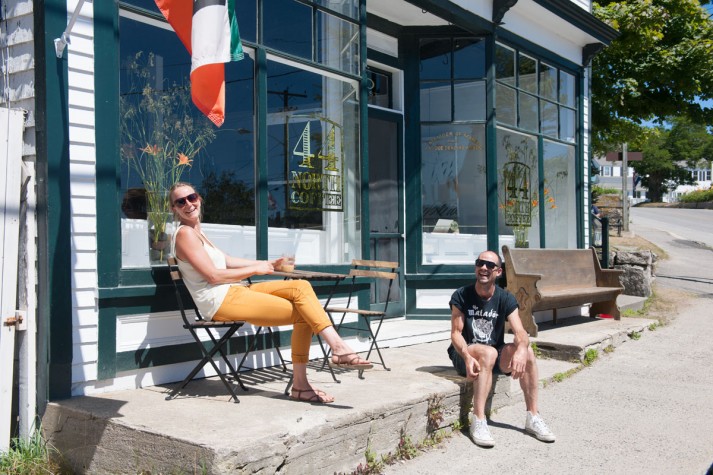 Abby Barrows and Sam Lothrop sit outside of 44 North, a local coffee shop and roastery. Co-owner Megan Dewey- Wood says, “Growing up in a place with a unique mix of working waterfront and artists and craftspeople, I learned to build something beautiful with the materials and people around me.” 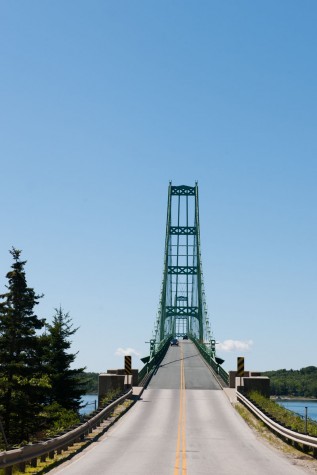 In Maine, bridges are powerful place markers. One of the most epic is the cable-stayed crossing of the Penobscot Narrows, home of the tallest bridge observatory in the world and a gateway to downeast Maine. From there, a traveler has the option to follow the flow of traffic east along Route 1 toward Mount Desert, or—and I recommend this route—veer right and head off the beaten path, to the lesser-known and breathtakingly beautiful Blue Hill peninsula. Following winding Route 15 through blueberry country, you will arrive at another iconic bridge, the Deer Isle–Sedgwick Bridge. This green suspension bridge spanning Eggemoggin Reach leads to two islands, Little Deer Isle and Deer Isle. At the southern tip of the latter is a place called Stonington.

On a visit to this fishing village, what strikes me first is the denseness of Stonington’s downtown. Driving along the narrow roads that barely accommodate two cars, I feel as though I am in the Maine version of some small Mediterranean town. The land slopes dramatically down to the Deer Isle Thorofare, and tall, narrow homes rise out of narrow lots, their flags and flower boxes casting shadows on the busy sidewalks below. Locals wave to each other and call hello from open truck windows, while others point toward the water and exclaim in typical tourist fashion at the amount of activity in the harbor: the ferry to Isle au Haut, the Crotch Island Granite Quarry, and the wharves, yachts, boatyards, and plentiful fishing boats.

In general, though, this does not feel like a touristy place. It hasn’t been polished squeaky-clean or overrun with gift shops. The filigree work on some of the mansards is crumbling, but they are no less beautiful for it. These kinds of worn turn-of-the-last-century details hint at Stonington’s history as a granite boomtown in the 1890s. In 1897 the southern tip of Deer Isle—formerly known as Green’s Landing—was incorporated as Stonington, a name inspired by the lavender-hued granite still quarried here today. Steamboats brought the well-to-do to their bucolic retreats in Deer Isle, while the granite industry drew stonecutters from Italy and other immigrants from all over Europe, many whom settled in Stonington, giving it a multicultural edge that set it apart from the rest of the island. Rumor has it that the hill often smelled of garlic and tomatoes.

These days Stonington is best known as the top fishing port in Maine, with a fleet of about 250 boats that brought in a total value of $60 million in 2014. Prior to arriving in Stonington this afternoon, I made plans to meet a lobster boat captain, but without cell reception (thanks to the granite) I worry we’ll have a hard time finding one another. My concern is unwarranted. Despite never having seen me before, Genevieve Kurilec McDonald flags me down on Main Street. “I just figured I’d come down here and look for the person I didn’t recognize,” she says.

Over lunch on the deck at Aragosta—the town’s new farm- (and ocean)-to-table restaurant—she tells me she started fishing out of Stonington on a dare. I take that to mean fishing out of Stonington is no joke. In other places along the Maine coast, pleasure craft are becoming more prevalent than fishing boats, but that is not the case here. The entire waterfront is zoned for commercial activity. Wake up before sunrise and you’ll see hundreds of people from all over the peninsula taking off into the darkness. The strength of the fishing industry imbues this potentially dreamy place with a hard sense of reality. While other towns in Maine are getting favorable comparisons to distant places in the national press, Stonington is being compared to the coastal Maine of 30 years ago.

In addition to stonecutters and lobster fishermen, Stonington and greater Deer Isle have long been home to artists—some of whom came to attend the Haystack Mountain School of Crafts and never left. Galleries abound in town, and on exploring Stonington’s more rural surroundings I see a few people painting en plein air. Artist Jill Hoy’s gallery is especially hard to miss. The colorful canvases propped up on easels in the front yard beckon me closer, and then Hoy emerges from the doorway like a figure from one of her paintings come to life, in a fluorescent floral-print sundress.

Hoy grew up summering in Deer Isle, where her parents hosted parties attended by artists who came to the island from New York and other East Coast cities. From a very early age, Hoy associated Maine with inspiration and creativity and made a point of returning regularly through adulthood. She was on the roadside painting one fateful day in 1991 when her late husband, the artist Jon Imber, saw her and turned his car around. A few years later they were buying a house together in Stonington, where she now lives for much of the year. To listen to Hoy talk about Stonington is to get a lesson in light—in this case, how it falls on painted clapboard. She directs me down undulating Indian Point Road to lily-spotted Ames Pond and encourages me to check out the classic old homes of Church Street tucked away behind Stonington’s Opera House, which hosts theater and movies year-round.

En route to Church Street, I walk along Main, which is jammed with quaint restaurants, motels, and bed-and-breakfasts on the water’s edge. I step into art galleries and the hip 44 North Cafe, which is selling coffee from its sister roastery in the town of Deer Isle. Part of the fun of walking around Stonington is the pitch of the hill. Every few steps the view changes dramatically. I pause over and over again to assess the altered composition of staggered houses and piers and boats and islands and ragged coastline. As Brooksville-based architect Eric A. Chase says, “There are a lot of nice places in Maine, but there is no doubt that Stonington stands out.” Along the roads leading out of town, the views become less overwhelming but no less beautiful. In this part of Stonington homes are set apart on grassy shoulders of land looking out over the water. I pull over to the side of the road to check out Sand Beach, and then, all too soon, I realize it is time for me to head back home.

It takes a little over 20 minutes to drive the length of the isles to the Deer Isle–Sedgwick Bridge, and because Route 15 is being worked on, it takes me more than an hour to get to that next powerful place marker, the Penobscot Narrows Bridge. From Bucksport I’ve got a two-hour drive to Portland. It’s all a matter of perspective, of course, but with the majority of the state’s population clustered in southern Maine, for most of us Stonington—30 miles off of Route 1—is a faraway place. This distance naturally engenders a strong sense of community that people—both from Maine and away—are drawn to. Here, people have the privilege of holding fast to traditional values while adopting the best of what’s new. Visiting Stonington is a little like time traveling without going backwards. In fact, this small fishing village on the eastern edge of the country is probably ahead of the curve. 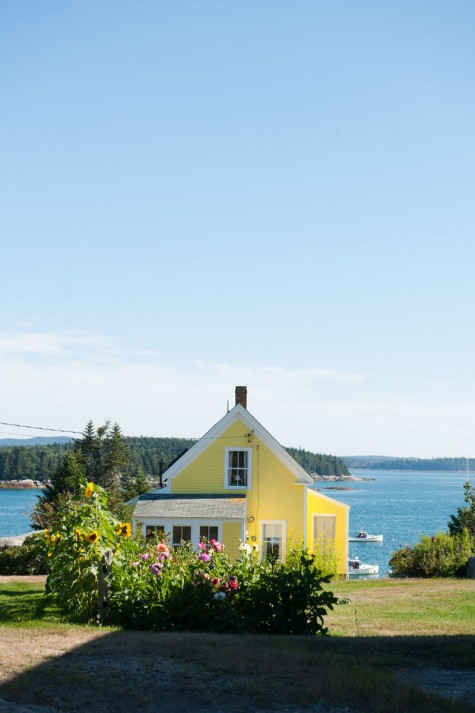 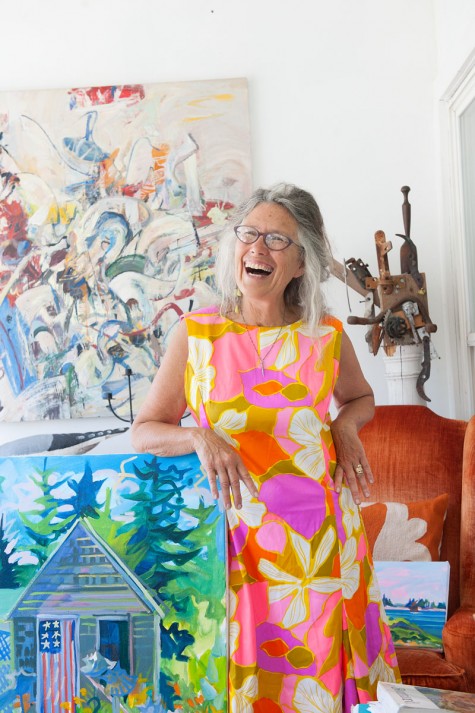 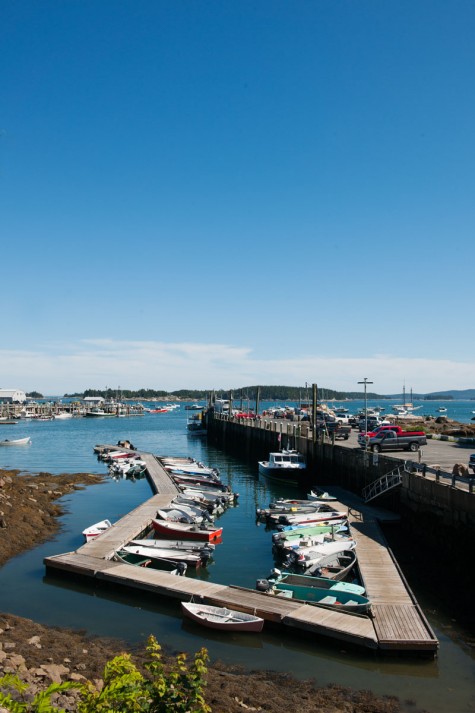 Stonington is the top fishing port in Maine, with a fleet of about 250 boats 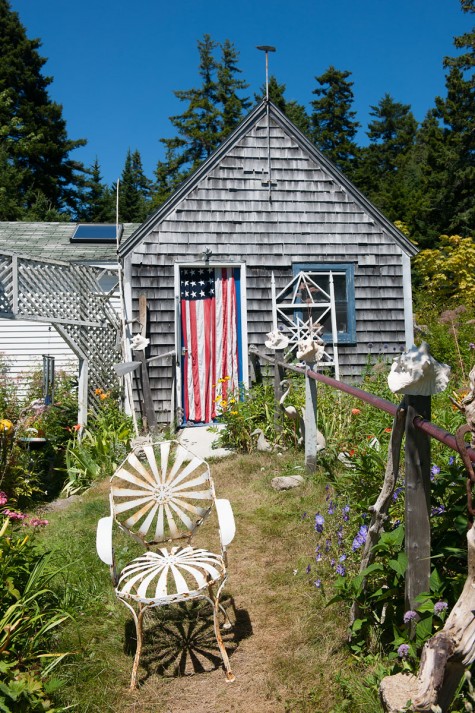 Downtown Stonington is not generic in the least.