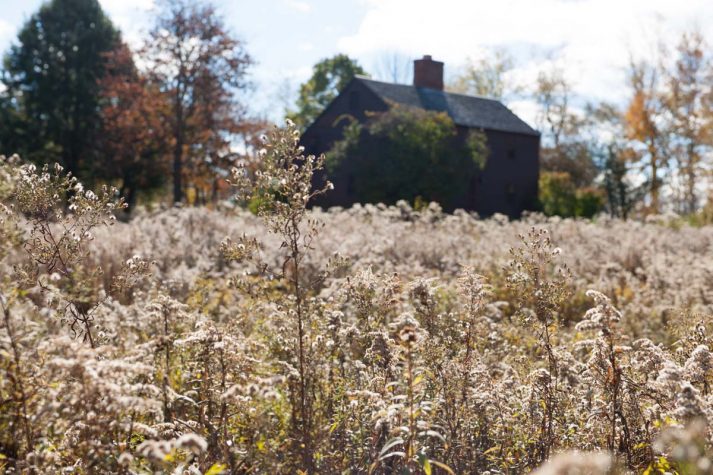 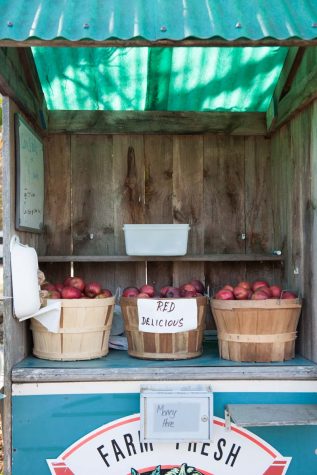 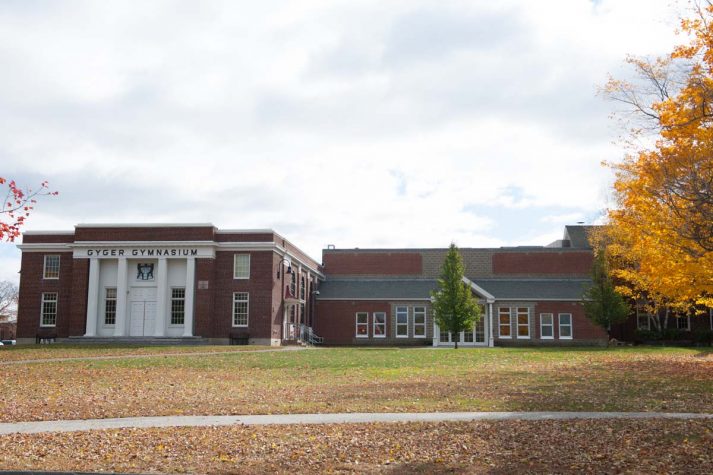 The town's public school system regularly ranks as one of Maine’s best. 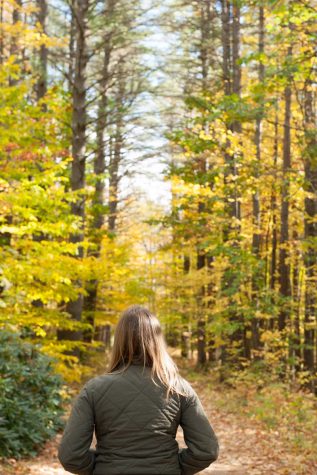 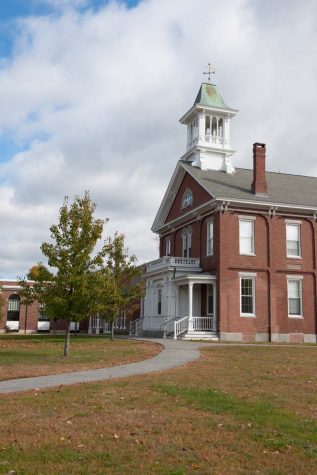 With an abundance of apple orchards and colonial flair, Cumberland Center has a look and feel reminiscent of towns in southern Maine and Massachusetts. 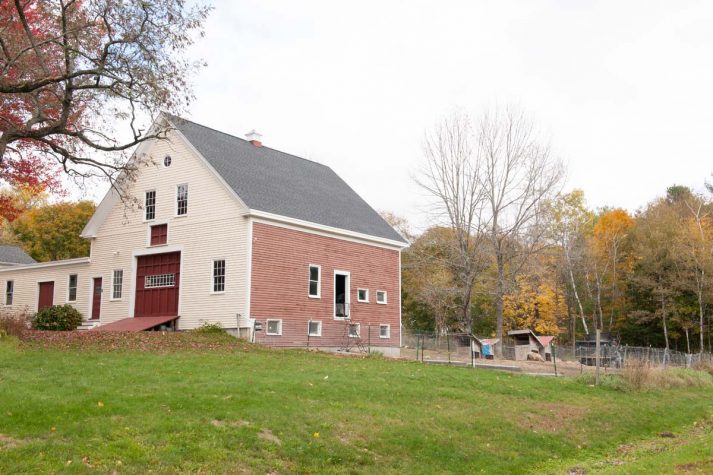 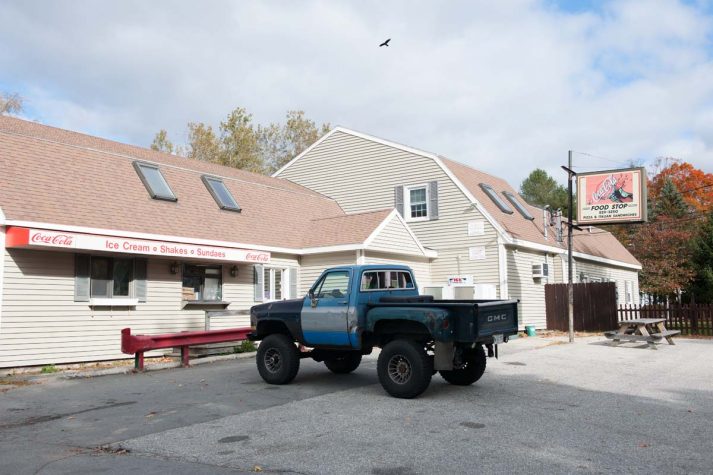 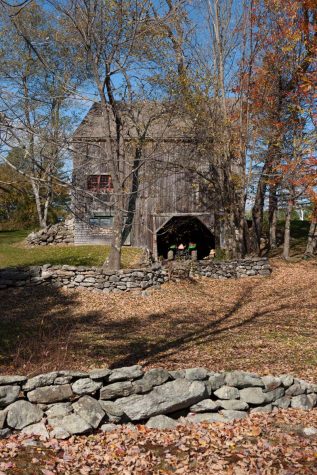 An old farming town where school does in fact rule.

At noon on a Sunday, it’s difficult to find an empty seat at Doc’s Cafe and Marketplace in Cumberland Center, yet the atmosphere is quiet and calm. A group of teenage girls drape themselves over chairs, their laps filled with textbooks and binders. Several young couples don classic Sunday attire: biking apparel and paint-splattered sweatshirts. Another couple feeds a happy baby scrambled eggs. Outside, a boy careens by on a skateboard, past the old cemetery, past the old white-steepled Congregational Church, and down toward Sweetser’s Apple Barrel and Orchards on Blanchard Road, where the smell of apples is so strong the air tastes sweet.

Cumberland’s out-of-the-way location makes it so that few out-of-towners come to Doc’s, despite its tasty homemade fare, and an unfamiliar face attracts friendly but curious looks. Cumberland is tucked into the rural nook of Maine’s two largest interstate highways, smack dab in the center of Maine’s most populous county but not really on the way anywhere, which adds to its sleepy, small-town New England charm.

Cumberland Center is at the cross-section of Route 9 and a winding country road that is called Blanchard to the west of Route 9 and Tuttle to the east. At this nexus, the roads are lined with sidewalks, and you’ll find the church, Doc’s, a gas station, and—most significant—the Greely campus. The K-12 school is, by all accounts, the beating heart of the town. Although public since 1953, Greely High School, formerly known as the Greely Institute, retains a private-school look and feel with its nineteenth-century façade and expansive grassy lawns. After a $10 million renovation in 2009, Greely became one of just a few Maine schools to offer the International Baccalaureate program—a curriculum celebrated for its rigor and holistic approach to educating young people. It is consistently ranked as one of the best schools in the state—one of many reasons why this town, just 20 minutes from Portland, appeals to so many young families with children.

When she and her husband were looking to relocate to Maine from Portsmouth, New Hampshire, Dava Davin, owner of Portside Real Estate Group, was drawn to Cumberland’s excellent school system and the variety and beauty of the landscape contained within town limits. She and her husband and two young children live in Cumberland Foreside, where the town touches the sea, but she often rides her bike along the rolling hills of Cumberland Center and West Cumberland, which borders Windham. “We could have picked any town outside of Portland, but Cumberland felt the most comfortable for us. It’s very family oriented and down-to-earth. There’s no pretense. People are just very genuine here,” says Davin.

Keith Stone, owner of the Cumberland-based company Pinnacle Landscape and Design, was hunting in the woods of West Cumberland one day four years ago when he saw a land for sale sign. He and his wife, Maggie, have since built their house on the lot and grown their family to four. “We fell in love with the land first, and then the community has been such a pleasant surprise,” says Stone. “Cumberland has so much going for it—but I’m still just 11 miles from Portland.” That closeness to Portland is key to Cumberland’s wide appeal. But so too are the country qualities that set it apart, even among the surrounding suburban towns. Unlike Falmouth, Yarmouth, and Freeport, Cumberland doesn’t have much of a commercial center, and no retail or dining chains. To run errands, residents visit one of the nearby towns, then retreat home to the rolling hills of Cumberland.

Sixty-five years ago, when Connie Sweetser moved from her hometown of Portland to be with her new husband, Dick Sweetser, Cumberland felt far away from the city—culturally if not geographically. “Social life revolved almost entirely around the church,” Connie says, “and you recognized everyone who drove by and maybe even had a sense of where they were going to or coming from.” Around this time many farmers—including the Sweetser family—downsized to stay viable, selling off land to accommodate the growing number of people moving from the city to the suburbs in the 1950s and 1960s. Newly married, in 1955 Connie hatched the idea of easing the Sweetser family out of the wholesale apple business and into the retail market with the help of a roadside farm stand, which she ran for several decades and which has become something of a local institution from July through November.

“One of the perks of being part of a tradition in a small town is that people come to you,” she says. “I’ve watched young kids grow up and bring kids of their own to the stand, and even their kids’ kids.” Despite changes in Cumberland, the important things remain the same, she says. “It’s still a family-friendly place with a strong sense of community spirit. That doesn’t go away.”

One can trace the recent history of Cumberland through the Sweetser family, beginning with the full-time farmer Samuel Sweetser, Dick’s great-grandfather, running all the way down through the current owner and operator, Connie and Dick’s son Greg Sweetser, and their grandchildren Sam and Eben, who help out in the orchards. Before apples, the Sweetsers raised animals and crops of all kinds. When Cumberland was one of the largest producers of carnations in the country, they had greenhouses full of flowers.

Driving around Cumberland, you’ll find that rich agrarian history still in evidence today: in the open fields and old farmhouses along Tuttle and Blanchard Roads and in the no-frills town center, built to meet the basic needs of the multi-generational farming families who have called Cumberland home. Now there are some more neighborhoods, more sidewalks, and a place to eat brunch on a Sunday in the warm company of neighbors. Change comes slowly to Cumberland, but right on time. 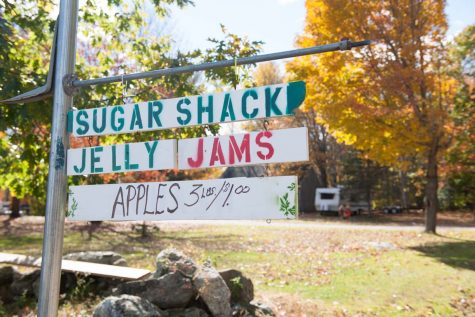 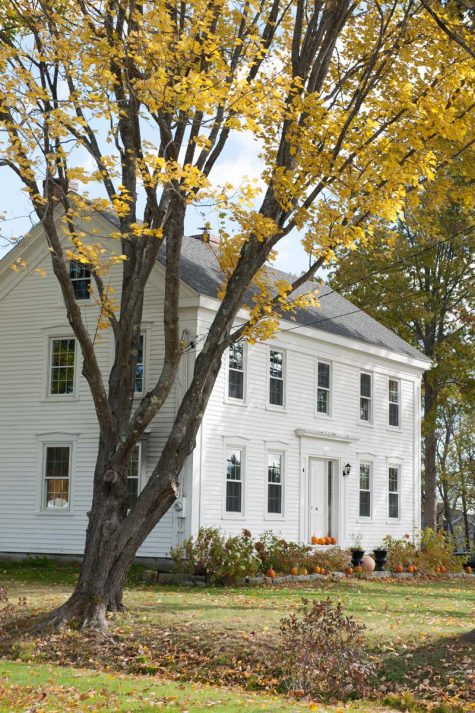 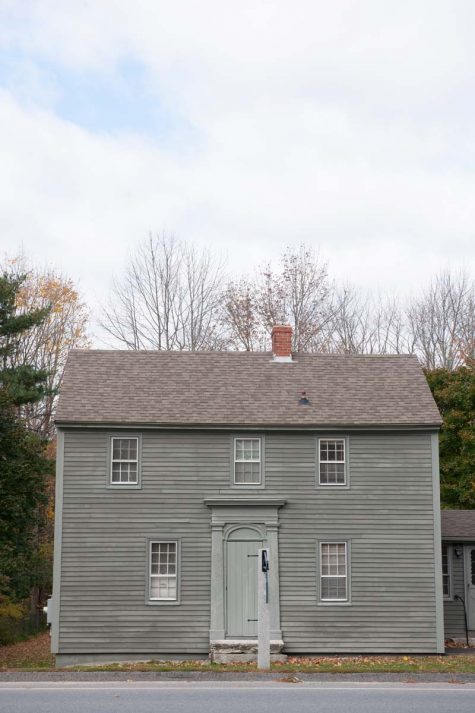 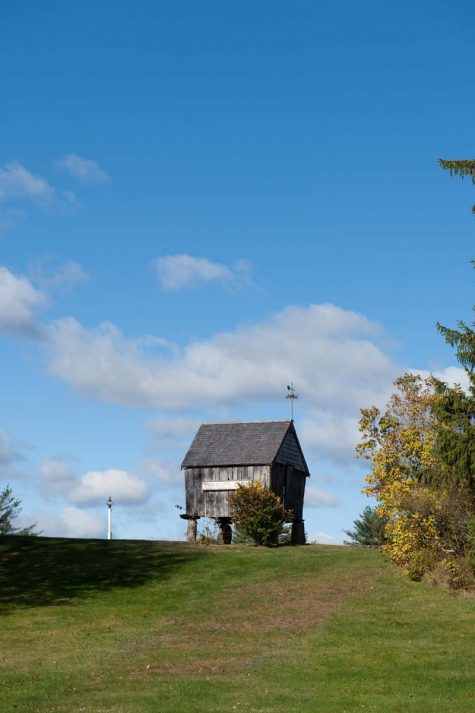