Camden Really Does Have It All 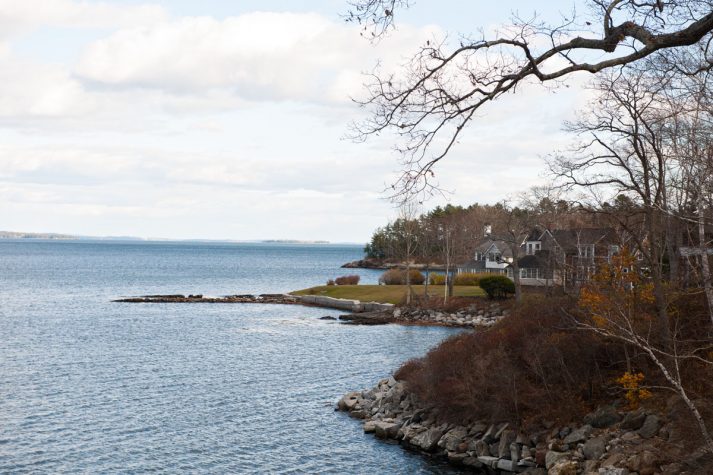 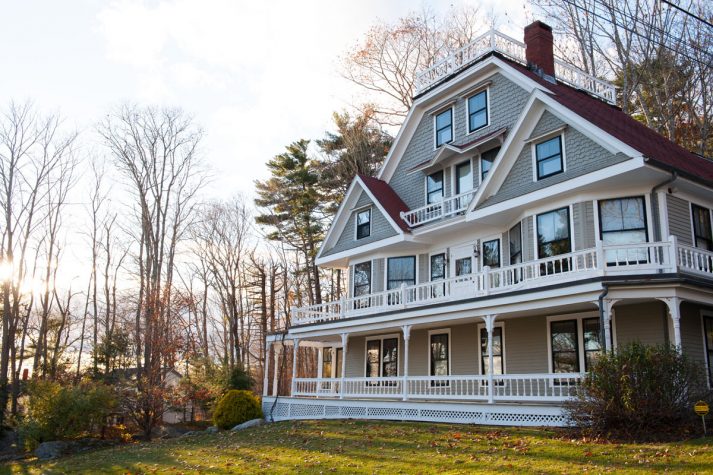 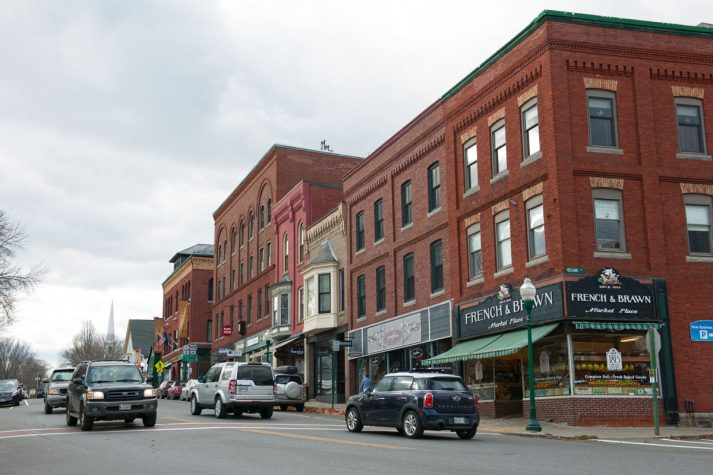 The corner of Elm and Main streets is in the crux of Camden’s bustling downtown.

A midcoast village between the mountains and the sea.

“Have you been to Camden?”

The question has been posed to me dozens of times. I heard it when I first moved to Maine 10 years ago. I hear it when I return to New York for visits. Some of the people who ask me haven’t been to Camden themselves, but rumors of its beauty made a lasting impression. “Go,” I urge anyone and everyone. “Everything you’ve heard is true.”

There is a lot to say about Camden—for a tiny town, it packs quite a punch—but I would begin with the hills. Maine has an abundance of coast, but few places where mountains meet the sea. After countless trips to Camden, I still haven’t gotten over this geological anomaly. I love the rolling rural roads leading to the ocean. I love peering down Camden’s downtown streets to see the hills rising up over the colorful shops and restaurants. I love to hike up Mount Battie and take in the view of the mast-filled harbor and ragged coastline from the top.

Camden’s dynamic landscape makes for beautiful vistas but also endless recreational options, including (but by no means limited to) hiking, biking, boating, and swimming in Megunticook Lake. With nearly 1,000 vertical feet, the Camden Snow Bowl is the only ski resort on the East Coast with ocean views—views of Penobscot Bay, to be precise, which are uniquely spectacular. This stretch of coast, with its rocky edges and sizable islands, has the scope and grandeur Maine is known for. It also has the churches with white steeples, the lively Main Street, the bookshops, the schooners, the inns, the chowder houses, and the art galleries—all that one could hope to find in a small New England town on the sea.

But Camden has some more surprising features as well, including a handful of the state’s best restaurants, boutique shops, and luxury accommodations. And the town hosts cultural events that draw people from around the world, including the Camden International Film Festival, the PopTech Conference, the Camden Conference, and the U.S. National Toboggan Championships, among others. Despite its relatively out-of-the-way location on the coast, Camden is plugged into the global conversation. This juxtaposition imbues the place with a sense of both quaintness and worldliness, rural ruggedness and urban sophistication—rare combinations that attract all kinds of people, including artists, writers, holistic practitioners, intellectuals, and professionals of all stripes, as well as people making their living off of the land and sea and the robust tourism economy.

The first permanent English settlement in the place that became Camden grew up around the mouth of the Megunticook River, which drains into the harbor. The rocky land proved difficult for farming, but this power source led to the creation of numerous sawmills and gristmills in the mid- 1800s. Later in the nineteenth century, several factories and shipyards sprang up, and rusticators from cities like Boston,New York, and Philadelphia found their way to Camden and started buying up homes along the water’s edge. The area’s architecture speaks to its rich past. There are stately captain’s houses and mansions to be found along High Street and the perpendicular drives down to the water, as well as dense residential neighborhoods at the foot of Mount Battie and heading south toward Rockport.

To this day, the area’s population triples in July and August. Visitors come for long weekends or for weeks and months at a time. For many in the latter group, Camden isn’t just a vacation place—it is home, and they become an integral part of its elastic community. Nicole and Ramiro de Acevedo Ramos, who host cruises on their schooner Surprise, split their time between Nicole’s hometown of Camden and Argentina, where Ramiro grew up. After working on yachts and traveling around the world, Nicole and Ramiro wanted to give their daughter the same experience that Nicole had had: growing up in a safe, tight-knit community where people know and care for one another. “I have known my Camden friends since we were all in diapers,” says Nicole. “Many of us left after high school but returned to raise our kids, and now our kids are growing up together.” Megan van der Kieft of Margo Moore Interiors is another who found her way back to her hometown after living away. “The beauty isn’t only in the surrounding buildings and views, but in the townspeople,” she says. “We have every socioeconomic group here, and truthfully nobody judges anybody. And I have never encountered so many interesting people.”

On my last visit to Camden in November, Main Street was quiet but still very much alive. Restaurants were bustling, and people dashed in and out of the coffee shop and the bank. A few clusters of people walked at a vacationer’s pace along the sidewalks. Continuing along Chestnut Street, I saw lamps glowing in picture windows and construction workers repairing roofs on turn-of-the-century homes rife with details that cannot be replicated. I looped around to walk down Bay View Street back to town, pausing beside the Camden Harbour Inn to look out over the village and harbor and Camden Hills— the whole magical montage contained within a single view. By then the leaves had mostly fallen, leaving the slopes spiked with silver trunks and branches. I checked my watch to see if I had time to squeeze in a quick hike before meeting a friend at Long Grain, one of my favorite local restaurants. In Camden, with the hills just minutes away, there is usually time to do it all. 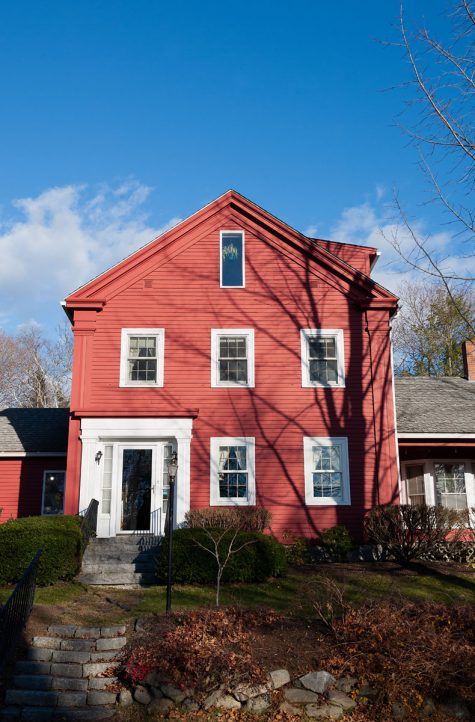 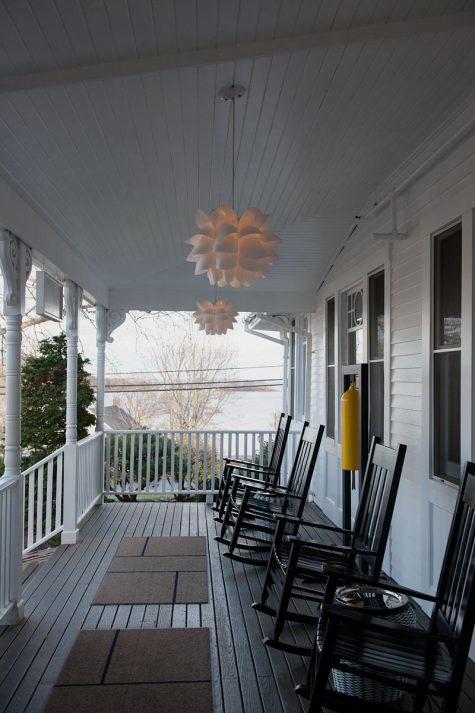 Porch sitters at the Camden Harbour Inn can take in expansive garden and water views. 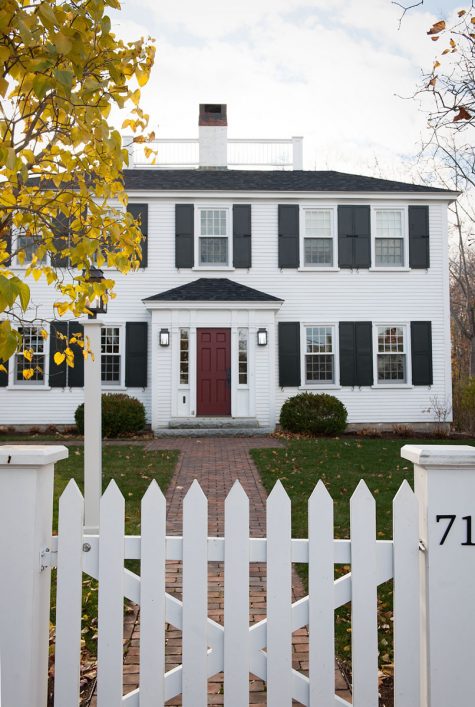