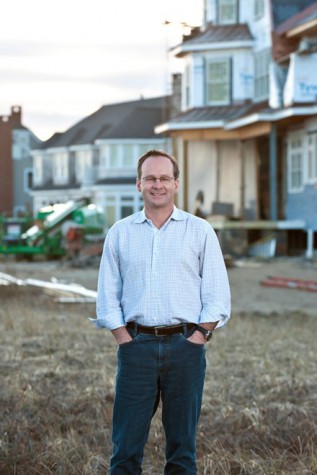 Maine is many things.

It is lighthouses, lobsters, moose, seaside cottages, summer camps, and ski chalets. It is rocky coasts, pristine lakes, and Mount Katahdin. It is all of those stereotypical views of Maine.

And it is, of course, much more.

In 2001, I had begun a search to find a new home in Maine so that I could relocate my family back to the state that had raised me. The exhausting search began on MDI and moved farther and farther down the coast. I was struck by the differences in each community that I visited. One coastal town did not equal another just 20 miles south. Bar Harbor had a distinctly tourist-driven vibe, while Bass Harbor felt like lazy summer days on the farm, Boothbay was rich with maritime activity, Brunswick was filled with youthful energy related to its college-town status, Portland was metropolitan in its offerings, Biddeford was proud blue collar with an eye toward revitalization, and Kennebunkport was filled with second homeowners attracted to the lively summer social scene.

Eventually, my family settled in Cape Elizabeth for its own set of unique characteristics not least of which was its proximity to Portland and access to the Atlantic at special spots like Kettle Cove, Crescent Beach, and Fort Williams.

Within Cape Elizabeth, the distinctions continued. Making a life in Cape Elizabeth neighborhoods such as Cross Hill, Shore Acres, Broad Cove, Oakhurst, or along Shore Road were all very different experiences. I’ve come to appreciate and respect these differences. Neighborhoods are important in Maine. They, intentionally or not, often define us. Our choice of where we live says something about our values, who our friends are, what support systems we need, and how much independence we crave. Our neighborhoods can even speak to our lineage, a fact that is equally true for summer residents or fisherman’s offspring.

In this issue, we introduce the first in our Portrait of Place series about Maine’s neighborhoods, beginning with the distinct island experience of Peaks Island. We feel fortunate to have Sophie Nelson, former associate editor of Maine magazine, taking on this assignment as she starts her MFA program at Stonecoast. I hope you enjoy her description of life on Peaks, and the photographs by Nicole Wolf, as much as we have.