At Home In The City 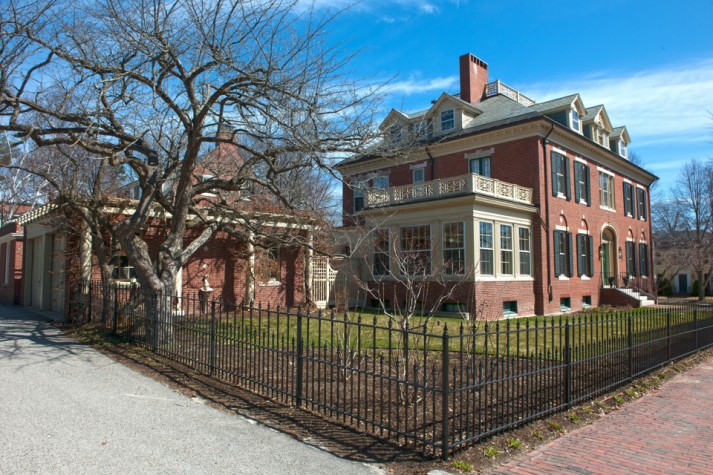 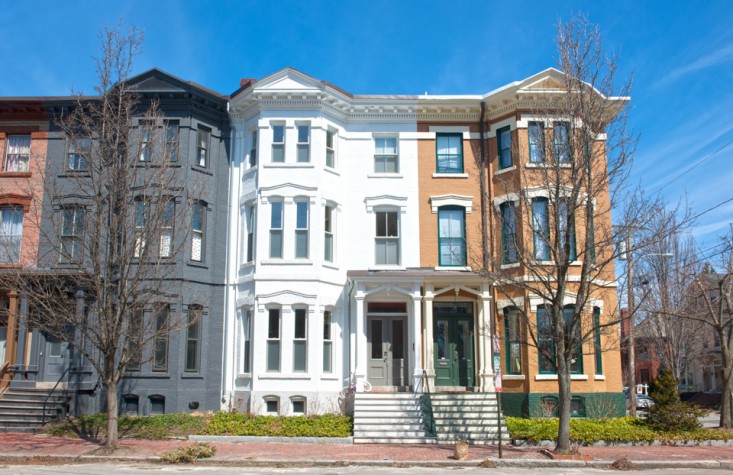 The tricolored townhouses of Carroll Street 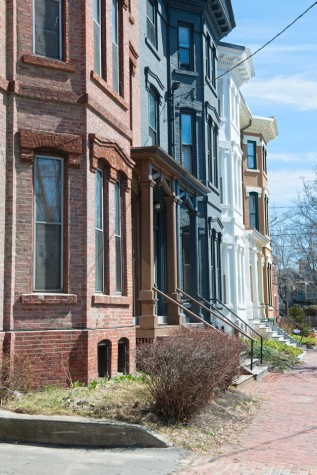 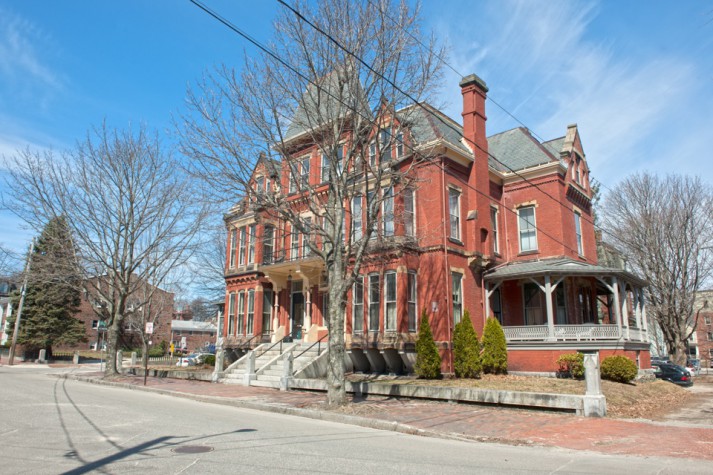 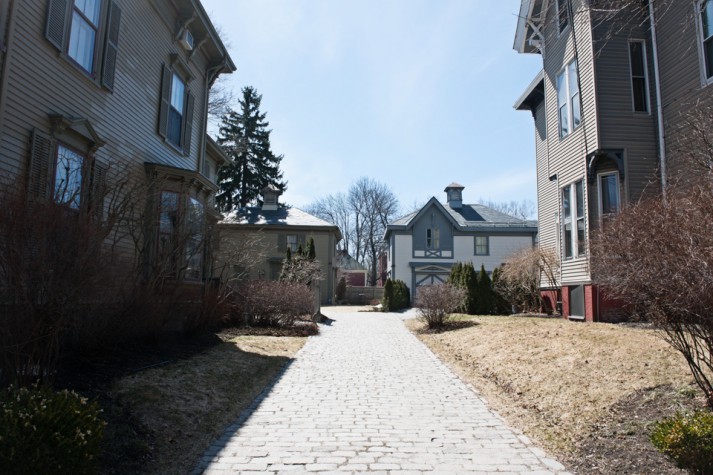 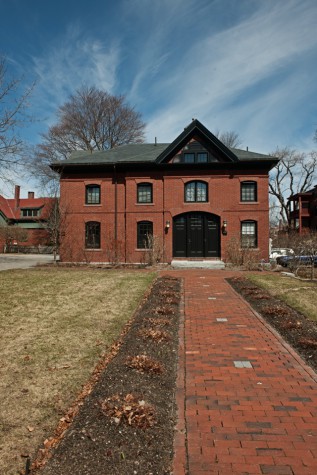 The West End is sporting a theme. Old-fashioned charm and classy, contemporary aesthetics come together all over the place. 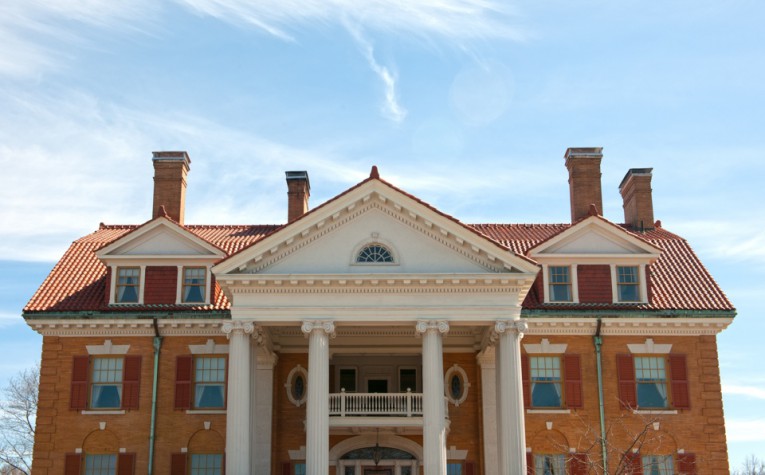 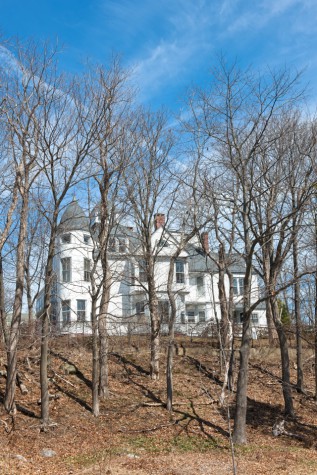 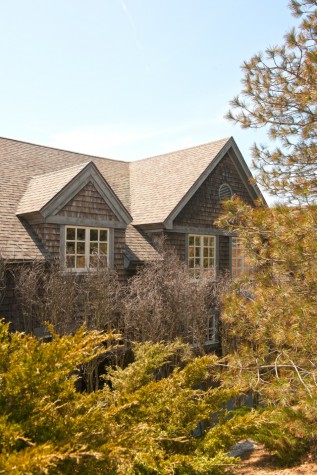 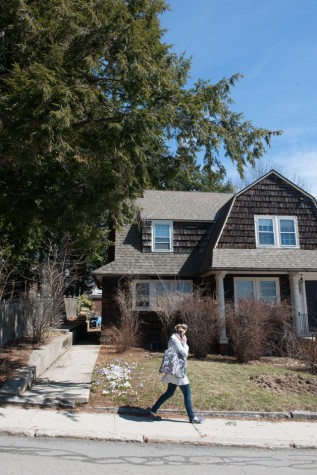 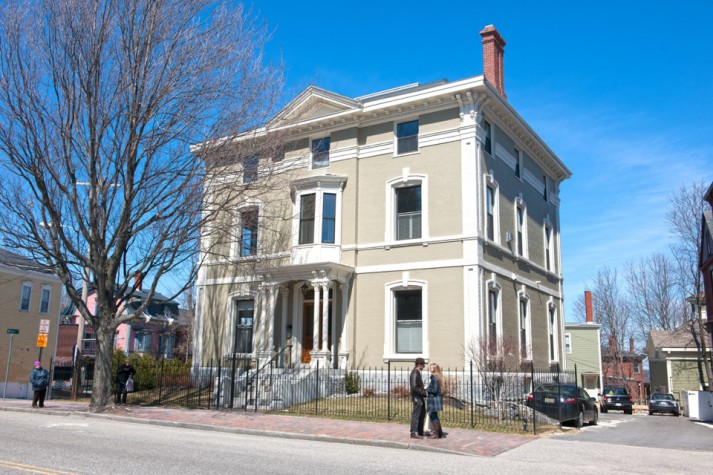 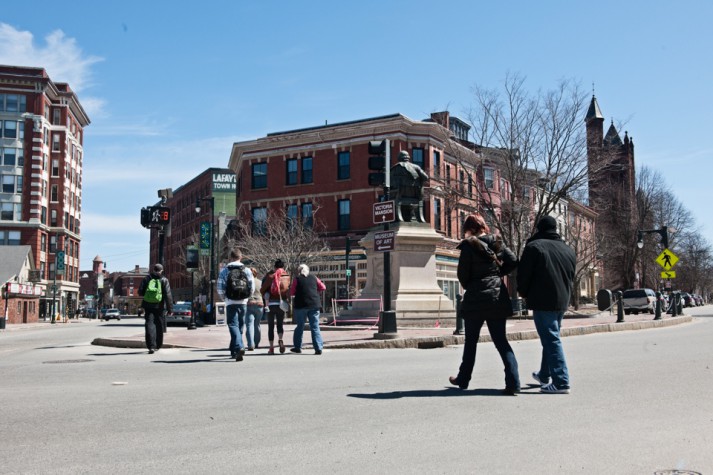 The West End is home to many of the oldest, most elegant homes on the peninsula—all walking distance to Longfellow Square and its plethora of shops and restaurants. 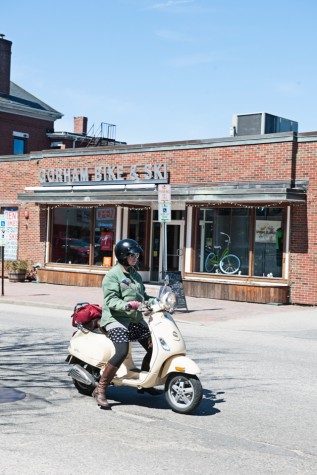 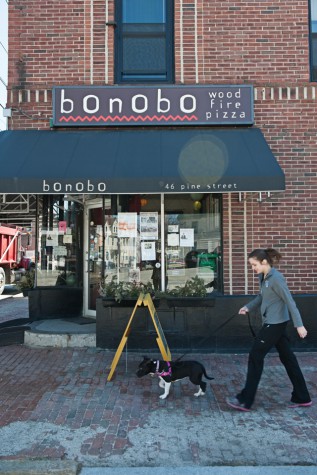 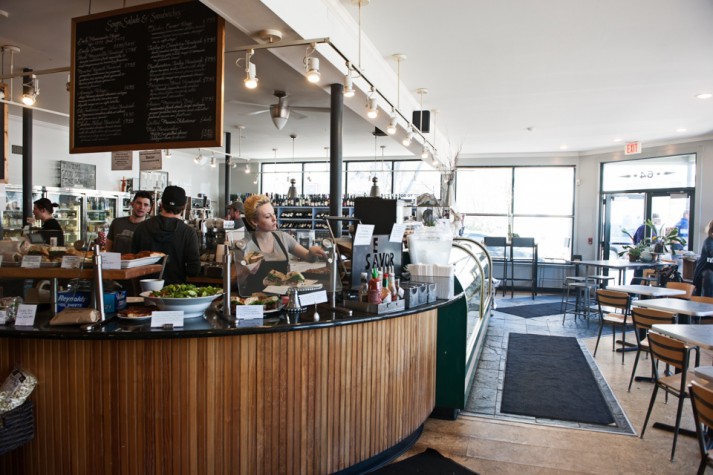 Aurora Provisions, where you can get one of the best cups of coffee in town. 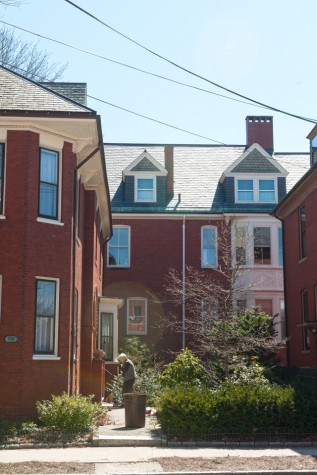 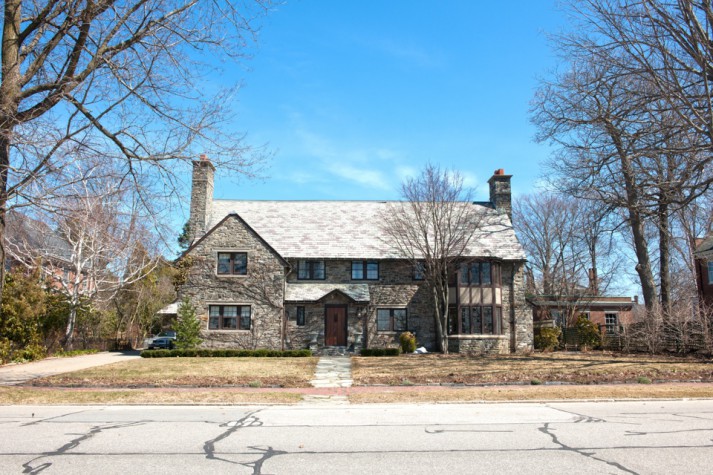 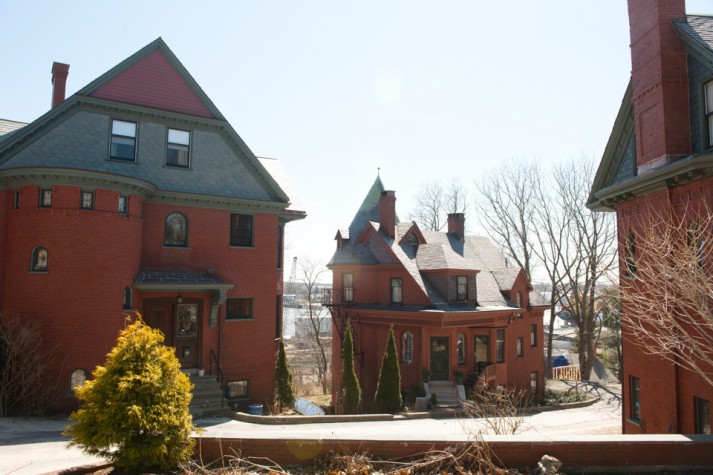 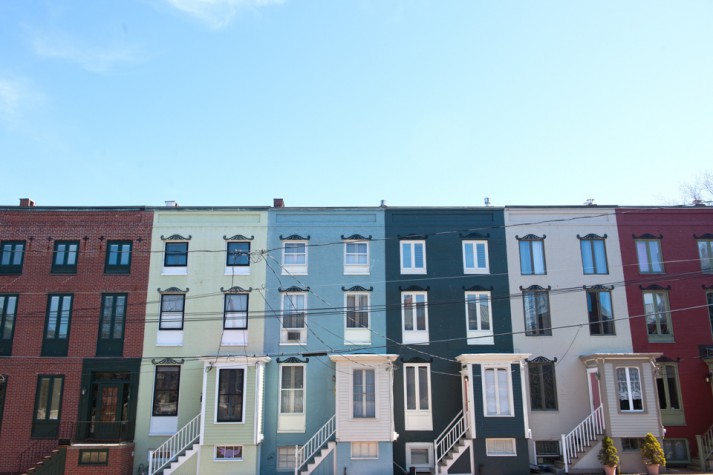 The West End is a neighborhood well cared for but also well worn, and filled with people who appreciate it that way. 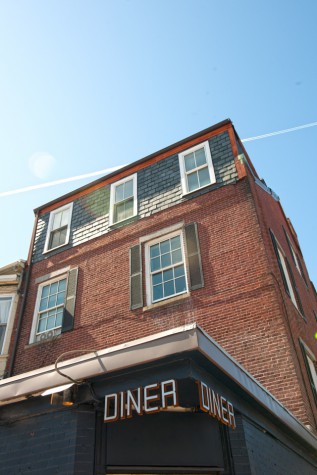 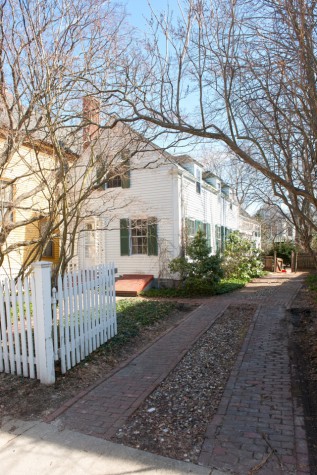 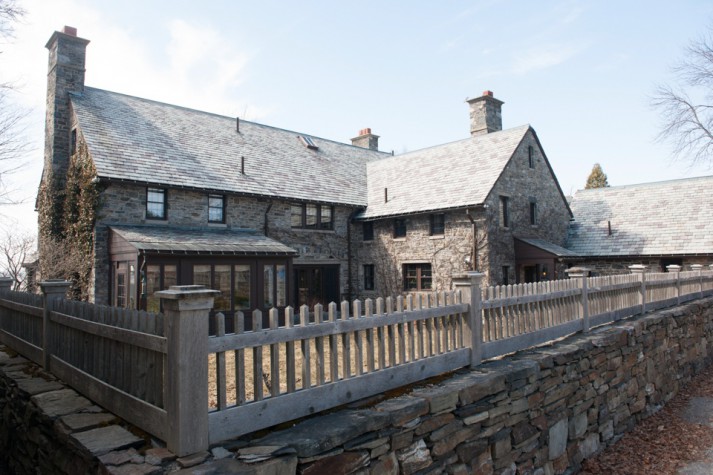 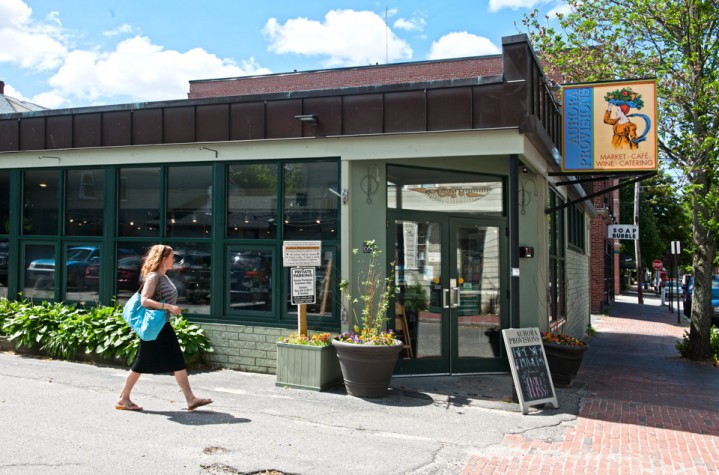 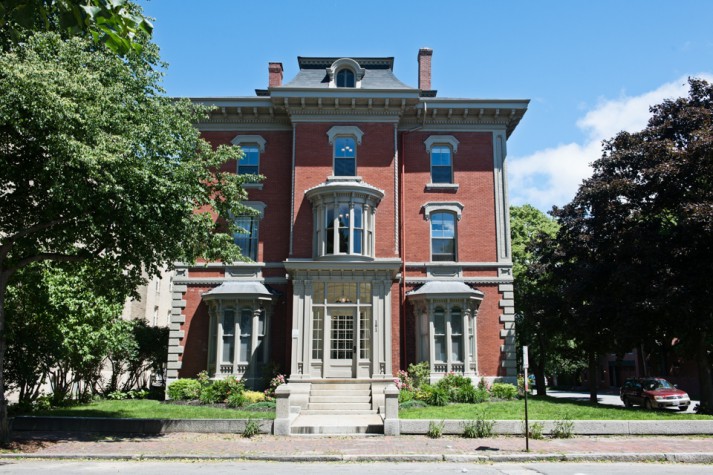 Portland’s West End neighborhood is situated in the southwest corner of the peninsula. The western edge is rimmed with the Promenade, a public pathway at the edge of an incline facing the distant White Mountains. The south is tipped toward South Portland, with a view of the working harbor that snakes between the two cities, with the Casco Bay Bridge spanning the gap. The bulk of the West End—the heart— is composed of the many streets checkering Bramhall Hill as it gently slopes down to State Street. Boundaries aside, the West End is distinguished more by look and feel than anything else. The classic aesthetic that defines this neighborhood trickles down into the city’s Old Port on streets like Pleasant and Park. The West End lays claim to one of my favorite residential rows: off of Danforth, a street of brightly colored brick houses. The West End is original, romantic, and even, dare I say, a way of life.

Ask any Portlander, and she will give you her thoughts on the quirks that define the West End, along with the cultural and architectural idiosyncrasies of each of the city’s neighborhoods. Historically, the West End has appealed to the city’s elite, as well as professionals and businesspeople, and it has the homes to prove it: grand Victorians and the monolithic brick mansions facing the Promenade, along with the slightly smaller-scale but no less impressive homes designed by prolific Portland architect John Calvin Stevens on streets such as Bowdoin. Despite the yards and gardens that surround these homes, they are too steeped in history, too of a time, and too close to all of the city’s amenities to be suburban by any modern standard. More densely populated streets have an even stronger urban flavor, with rows of elegant brick townhouses, public housing communities, and former estates sectioned off into apartments that are smaller in size but not in character. There are moderately sized homes with brightly painted trim, and homes that appear smaller in front but bloom in back.

What makes the West End so homey, though, is the life around the houses: the basketball hoops set up in the alleyways behind the great big homes of the Promenade, hidden parks and public gardens, bicycles propped up against garages, ready to ride. In the morning and afternoon the sidewalks are filled with kids walking to and from nearby schools. On warm evenings you’ll find groups playing hockey on the streets, bookworms on porches, adults hosting parties in narrow gardens strung with lights. With two of Maine’s largest hospitals in the neighborhood, it is not uncommon to see doctors and nurses on break, walking their dogs in scrubs.

The West End is the opposite of squeaky clean. The trees and shrubs are lush, the gardens tastefully overgrown, the bricks coated in ivy; in the spring, the cracked sidewalks sprout crocuses. The West End is a neighborhood well cared for but also well worn, and filled with people who appreciate it that way.

Social lives pivot around places such as Aurora Provisions, a market and cafe nestled solidly in the West End, where you’ll find people conversing over coffee, bringing their children for extra-special after-school snacks, or picking up a beautiful dinner when they aren’t feeling up to cooking. There is the brick-oven pizza restaurant Bonobo and cozy Caiola’s. There is Ruski’s—the epitome of a neighborhood pub—and Outliers Eatery, which offers a more modern dining experience. The West End’s Longfellow Square is a nexus of fashionable restaurants and live music venues just a couple of blocks away from the Portland Museum of Art, galleries, shops, and more restaurants downtown. It is all just minutes away on foot.

This kind of accessibility and walkability was part of the West End’s appeal for architect Richard Renner, who moved from a suburb to the city decades ago. “To have all of that within such close proximity to the downtown is pretty amazing. We were looking for something richer, more diverse, closer in. Walking was important to us,” he tells me. During his time in the West End, Renner has lived in a John Calvin Stevens home, one of the neighborhood’s original farmhouses, and a garage he converted into a house on quiet, one-way Spruce Street. The subtlety and surprise of this house—which expands behind the face of a two-car garage and opens out to a private garden in back— has always intrigued me, and it is a great example of the kinds of infill opportunities that exist in this more populated area of Portland. If the West End were less lovely, it might not appeal to the artist community who wants to see this nineteenth-century neighborhood transition tastefully into the twenty-first. As it is, imaginative and complementary contemporary additions have been made to former carriages houses, and classic revival and shingle-style structures have been renovated to remain beautiful but also relevant.

Despite considerable change, the West End remains a kind of throwback, especially during the holidays, when bay windows are filled with epic Christmas trees and fresh pine wreaths hang on front doors, or during an after-dinner walk on warm summer evenings, when music streams from houses and a window over a kitchen sink frames a thoughtful someone drying dishes with a cloth. “On a foggy night along the Western Promenade, it isn’t hard to imagine the West End of the early nineteenth century,” my friend said to me the other day over a beer at Ruski’s, and I have to agree. The houses are so grand, so well maintained, a walk around town can be like stumbling upon the set of a period drama.

In a recent conversation, Maine State Historian Earle G. Shettleworth Jr. helped paint the picture of a time when Bramhall Hill belonged to just three families, one of which, the Brown family, built an estate spanning almost the entirety of what is now the Western Promenade. That westward view is now striped with roads and bridges, but try, as I have, to imagine it as it was then, the rolling farmland and the far-off mountains, the Fore River meandering toward the sunset. The estate, now gone, was inspired by Renaissance design, a fitting complement to bucolic views reminiscent of Tuscany.

The West End was practically rural for most of the nineteenth century; then within just a matter of decades the neighborhood became almost entirely populated, and considering the ages of most of the homes still standing in the West End now, it probably looks much the same today as it did then, at the turn of the century. Thankfully, amid that flurry of construction, the city and its champions saw to it that areas like the Western Promenade became public, and that the streets of the West End were designed and landscaped sensibly but also beautifully.

It’s these thoughtful touches—and a stunning collection of well-built homes that never seem to lose their luster— that make the West End such a unique place. As other neighborhoods in the city are undergoing exciting change to accommodate more visitors and new Portlanders, the West End has remained romantically well worn and consistently desirable decade after decade, year after year. I expect it will only become more so.