High Up, Upside Down 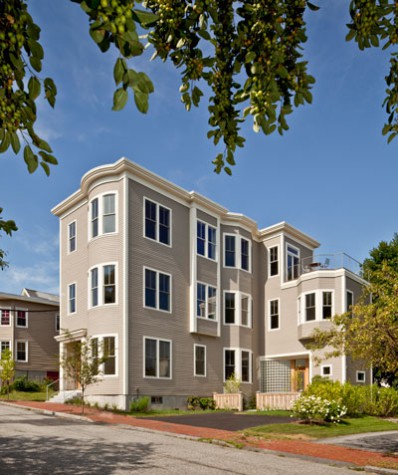 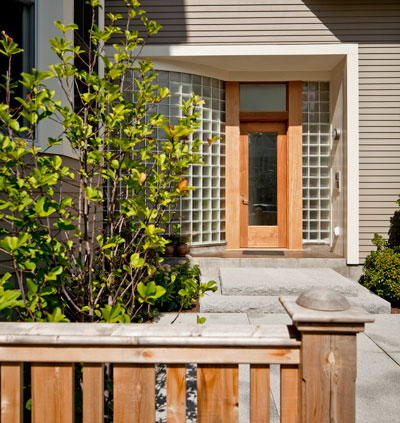 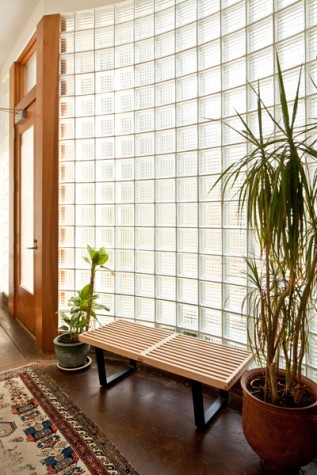 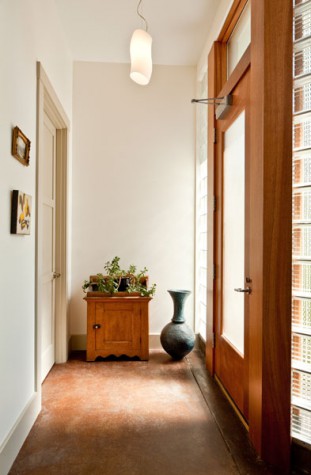 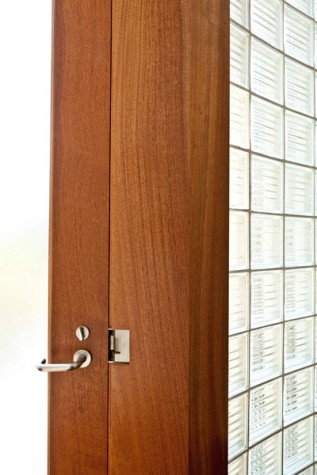 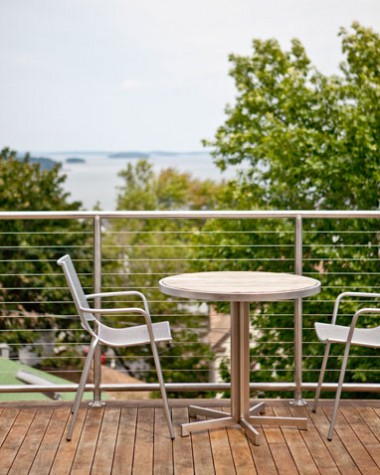 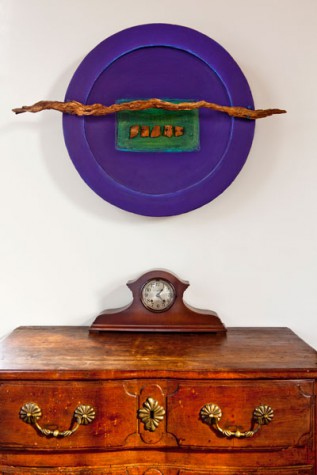 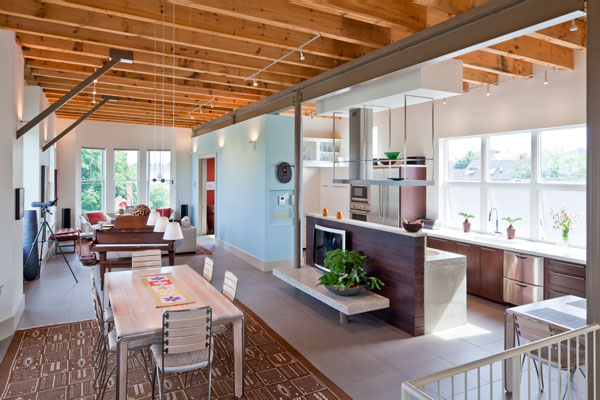 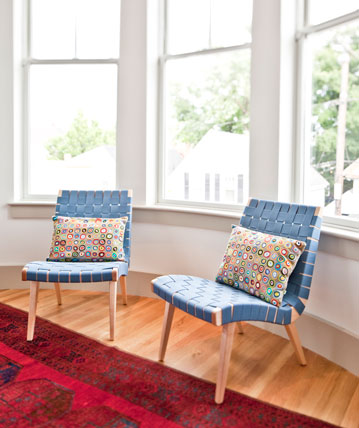 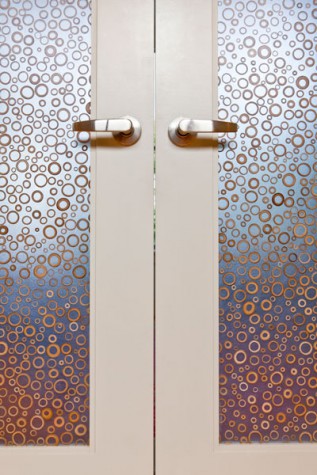 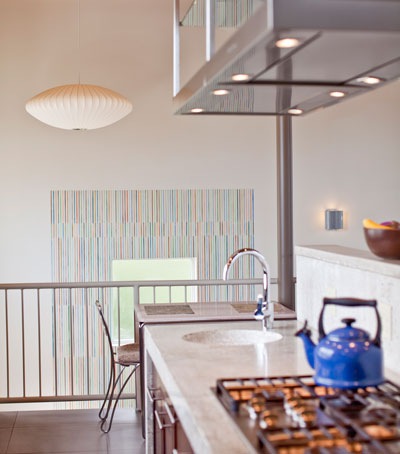 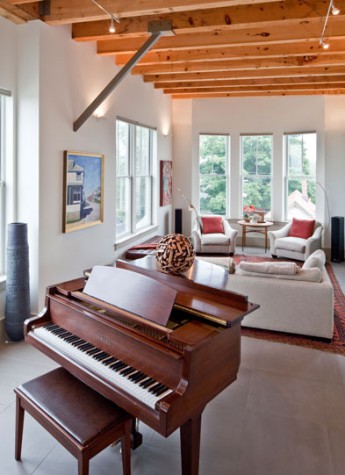 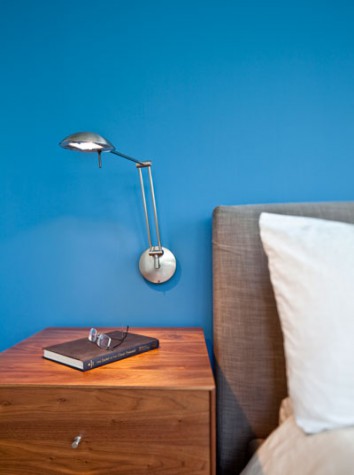 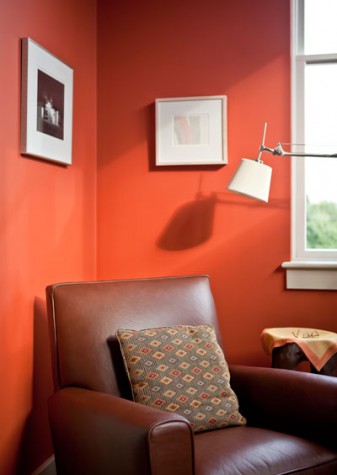 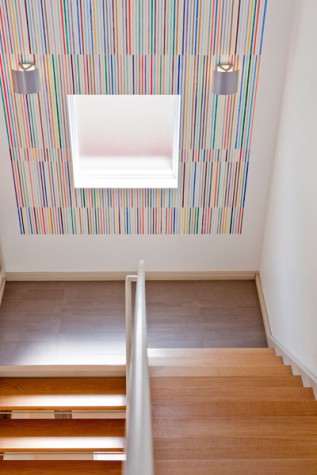 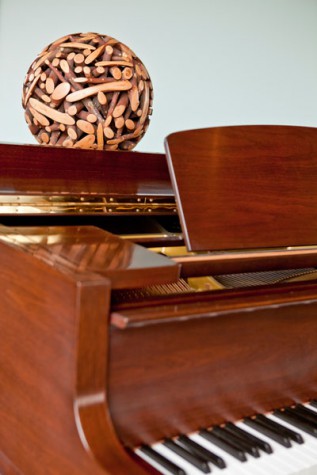 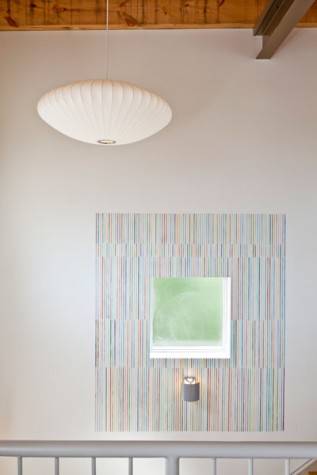 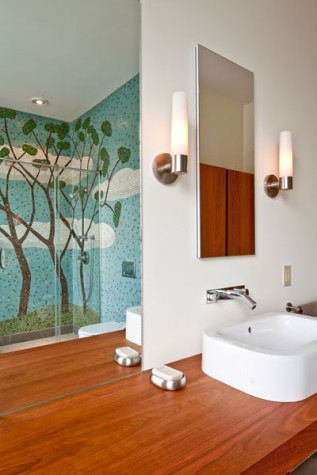 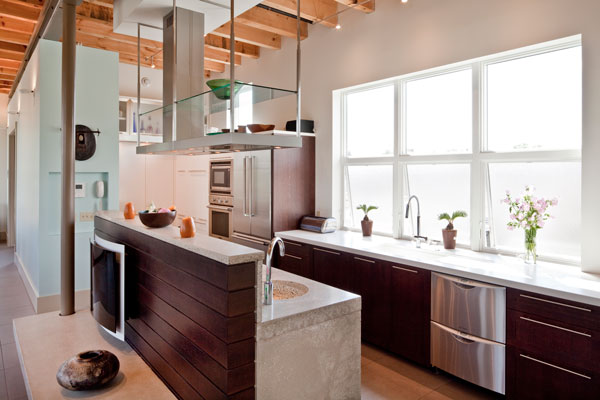 From the top of long-time Portland residents Cyrus and Patty Hagge’s East End home (their “tree house,” as they call it), summers out on Little Diamond Island (“Little,” as they call it) are never far; from their deck they can catch a glimpse of the islands in Casco Bay over the treetops.

For those who know the Hagges, it would be unsurprising to find out that this view was carefully calculated, or that the couple went to great lengths (and heights) to create it. Cyrus spent the last thirty years in Portland’s building industry, and when it came time to design his own home, he had a clear picture of what he wanted and exactly who he wanted to help him: an all-star team of the best local craftspeople he could gather together.

The project began in 2008 with a cherry picker, three friends, and a vacant lot.

The Hagges and friend and architect Lee Hulst took turns climbing in and, one by one, ascended toward the sky with measuring tape in hand to find out how high they had to go to get the best views. They stopped at the treetops, within the city’s height ordinances by just a few feet. There they could see out toward Little, where Hulst had designed a classic summer cottage for the Hagges. This was the spot. They were thirty-two feet above the ground.

But, on a street where the tallest homes are triple deckers, this would make the Hagge house the tallest one around. “We didn’t want to build something that would be jarring to the neighborhood. We wanted it to be something you would slide by and not notice unless you really looked. Even though it would be tall, it wouldn’t be overpowering,” says Cyrus. “We wanted to do something that was a little different, but still fairly traditional from the outside,” adds Hulst.

After this decision was made, the remaining wish list was straightforward: a modern living space that incorporated traditional elements. A house that was unassuming from the street yet surprising once inside. A place to showcase their collection of local art. And a home that would be as comfortable with just the two of them as it would be filled with family and friends.

For Hulst and the Hagges—who have worked together on dozens of buildings over the last three decades—this was the first new home they built together that departed from the shingle-style vernacular. For Hulst, the design was all about finding the right proportions. He looked to local historical buildings for inspiration and found that the largest windows are typically on lower floors and gradually get smaller on the floors above. That wouldn’t work for a house that had the best views from the top. “We designed twelve-foot ceilings on all floors to maximize views, but first we had to see what we could do so that the windows would be at the right proportions. With ceilings that high, you really need large windows,” explains Hulst. By mimicking the proportions of the neighboring three-story homes, Hulst stretched the standard five-foot windows to seven feet. The resulting design is a home that, like the surrounding homes, is three stories high—albeit a taller three stories.

Despite their desire for a contemporary home, the Hagges have lived and worked in turn-of-the-century buildings in Portland for decades and have grown to love the details of older homes—curved window bays, ornate cornices, elaborate trim—so Hulst incorporated these elements into the exterior. “We purposely tried to mix the modern and the traditional,” says Hulst, “and it isn’t really until you get inside that you notice how modern this space is.”

Once inside, the interior immediately surprises. The layout is anything but traditional; with the best views at the top, so are the primary living spaces. Hulst calls it an “upside-down house” because the kitchen and living areas are on the top floor, bedrooms on the second floor, and an apartment on the first floor. A loftlike feel permeates the space—high ceilings, exposed ceiling beams, and structural steel supports—a nod toward the commercial buildings Cyrus owns in town.

With their long history in Portland and Cyrus’s involvement in the local building community, it was important to the Hagges that they hire Maine talent. In addition to Hulst, who is based out of Portland, the list of craftspeople, artists, and designers is long and entirely local: Nick Nash of Portland-based Thaxter Company orchestrated the construction. Tracy Davis of Urban Dwellings in Portland designed the interiors. Albert Nickerson from Biddeford did the landscape design. Lewiston-based McIntosh & Tuttle Cabinetmakers created a portion of the cabinetry, along with Bob Eaton from Westbrook. The poured-concrete forms were done by Jon Meade Design in Portland. And then there is the artwork by Portland artists Colin Sullivan-Stevens, Friederike Hamann, and Joe Kievitt; furniture by Eric Ritter of New Gloucester; and lighting design by Timothy Staples of Portland. “The interesting thing about this project is how different people changed it,” says Patty. “It was such an incredible team effort.”

Setting the pace for the artful, contemporary decor is the open staircase connecting the three floors. Here, artists Sullivan-Stevens and Hamann of Field in Portland hand-painted a series of multicolored stripes to frame the square windows that lead up the stairs. “Having an open staircase meant having a big wall, so the question became: What to do with that wall?” says Patty. Sullivan-Stevens came up with the pattern and spent days at the house painstakingly painting the colorful stripes. The result is a powerful visual focal point that can be seen from all three floors.

Inspired by this innovative design, the Hagges decided to get even more creative with color. “I didn’t want the house to be stark; the ceilings are so high that we needed something that wouldn’t be boring,” says Patty. Bright, bold hues, such as teal in the master bedroom and paprika in Cyrus’s music room, make an impact. In the kitchen, Davis helped select a palette of earth tones that would complement the neutral ceramic floor tiles and offset the artwork. “The neutral palette was a great canvas for the wonderful collection the homeowners have,” says Davis.

In the top-floor living space, where the Hagges spend most of their time, the kitchen, dining room, and living area flow into one another seamlessly and yet offer distinct spaces for different activities. “We were aiming for something that was very European-modern, that would open up into the space but also allow for some separation,” explains Davis. A structural member in the middle of the floor inspired an inventive spatial solution: Davis incorporated the support into the kitchen island, where a gas fireplace on one side now faces the dining area.

In the kitchen, light-colored concrete countertops with molded sinks by Jon Meade provide a striking contrast to the stained oak cabinets by McIntosh & Tuttle and the bleached dining furniture custom designed by Eric Ritter. “I love being in the kitchen,” says Patty. “It’s cozy in the winter, even though you have the feeling of loft up here.” In addition to the row of seven-foot-tall windows on the bay-facing side of the house, beaded glass lets natural light in but keeps privacy intact, while also casting an array of colors on the walls as the shifting sunlight moves throughout the house. “The color changes throughout the day, throughout the seasons. It’s really beautiful. The light in this house is the best,” says Cyrus.

Tucked away in a corner (“a very special corner,” notes Patty) is a study separated from the main living space by French doors. This is Cyrus’s music room, which includes his massive library of vinyl. (“I’m old-fashioned,” Cyrus admits before Patty interrupts: “Honey, that’s not old-fashioned anymore—it’s cool.”) In this room, Cyrus wanted a place to store his records and his turntable, so Davis worked with McIntosh & Tuttle to build custom floating shelves and storage bins that would be the perfect size for his records, some of which date back to Cyrus’s high school days.

On the second floor, where the bedrooms and Patty’s study are, the use of accentuating color continues. “This was a Colin color,” says Patty, pointing to her sea-foam green study—that is, a suggestion made by Sullivan-Stevens. “Initially we painted it yellow, but it was all wrong.” Off the master bedroom, a walk-in closet with cabinetry by McIntosh & Tuttle provides stylish storage. In the master bath is one of the home’s many showstoppers: a unique shower-tile mosaic by artist Joe Kievitt.

Like the home, the landscape design also blends the modern and the traditional. Landscape architect Albert Nickerson (who also has worked with the Hagges and Hulst for many years) came up with a beautiful outside space that integrates two separate entries and a courtyard. He suggested a modern approach that includes a recessed entrance with a curved glass-block wall—an unexpected twist and one of Patty’s favorite things about the house.

In the end, the Hagges admit they have many favorite things about the house. The involvement of local talent. The surprisingly loftlike interior behind a classic façade. The relationship to the home’s urban environment. And the fact that whether they are on-island or in town, the view of a beautiful bay stretches before them.