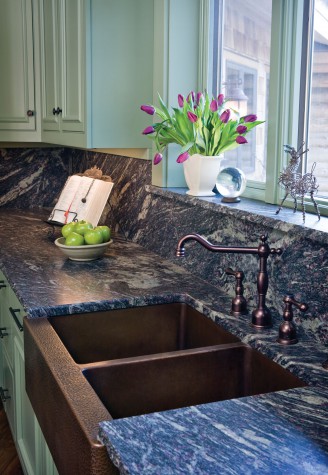 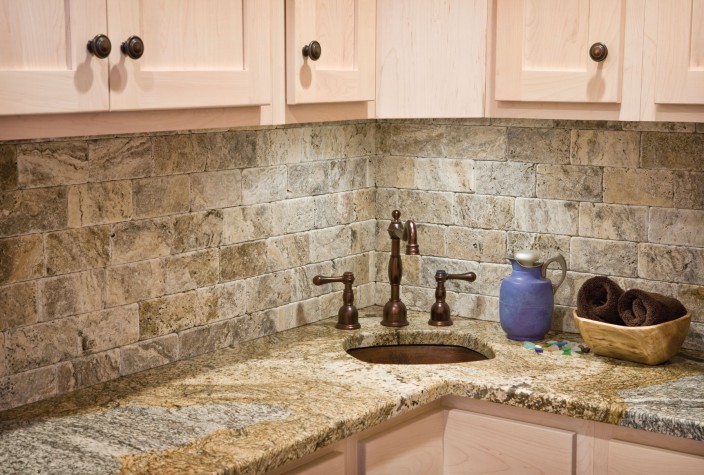 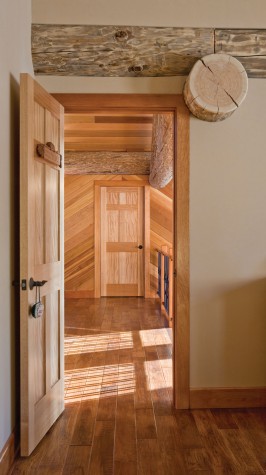 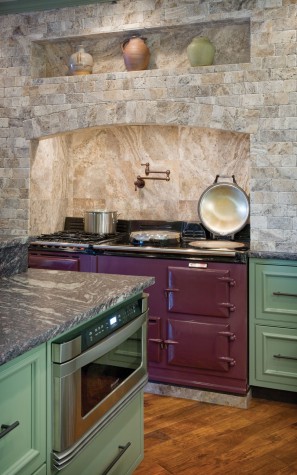 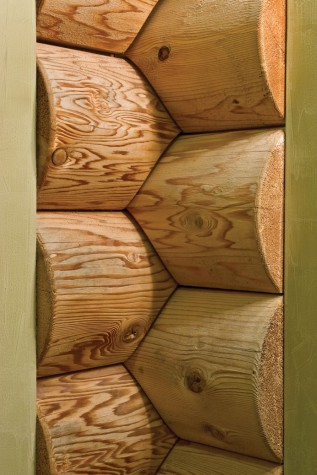 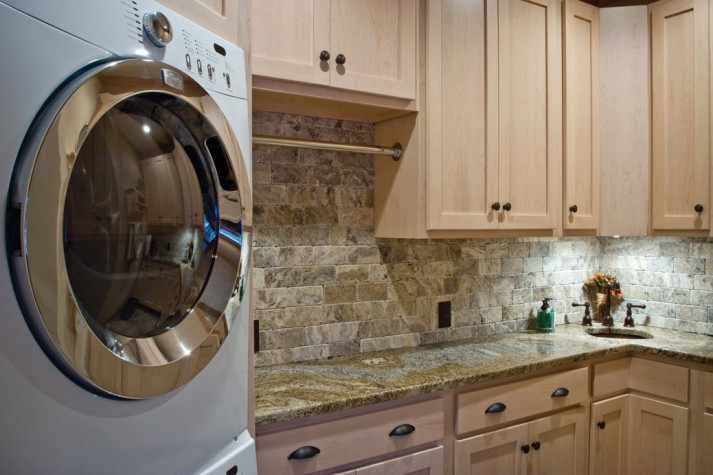 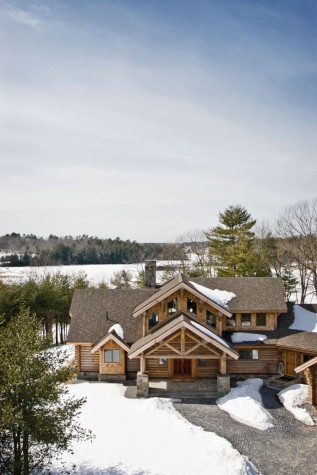 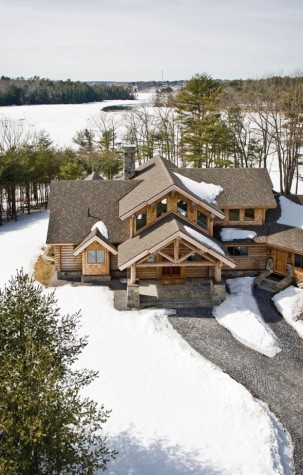 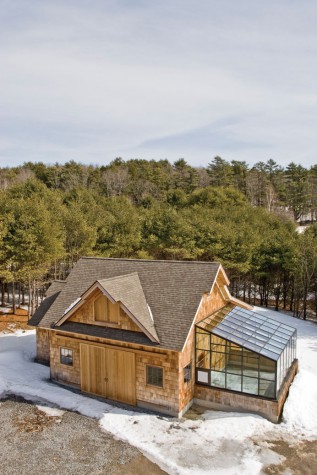 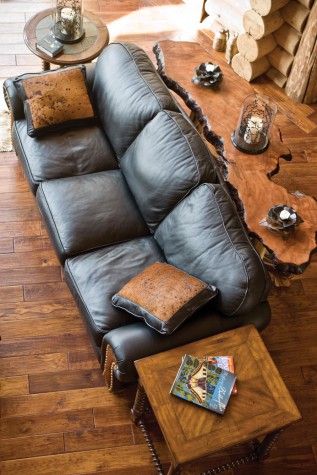 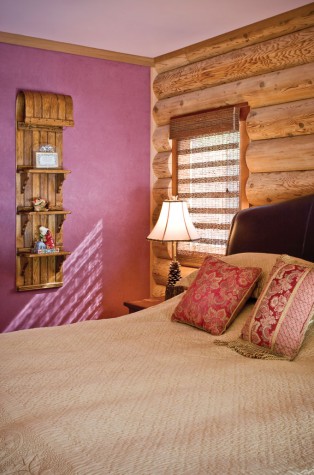 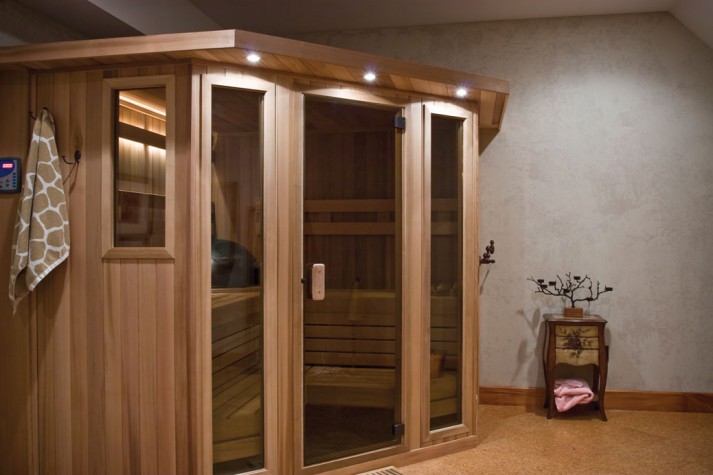 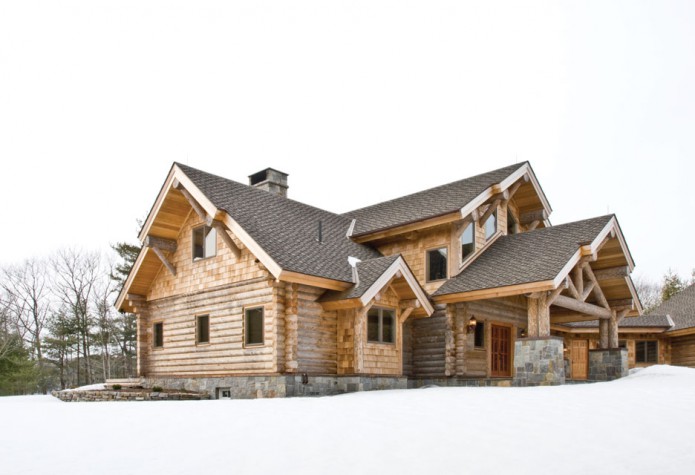 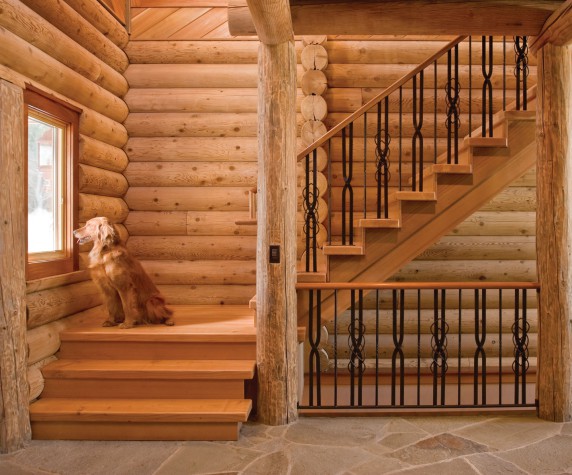 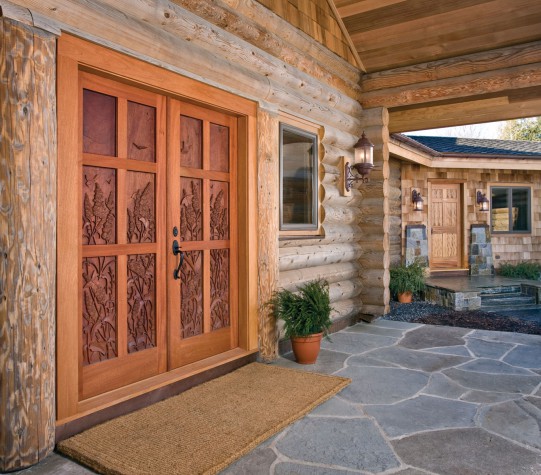 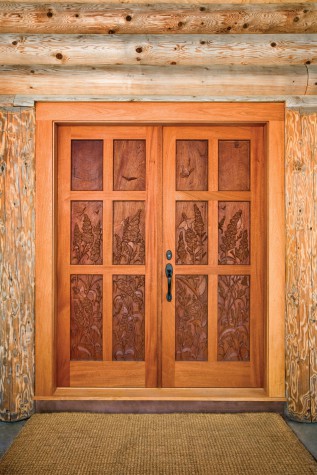 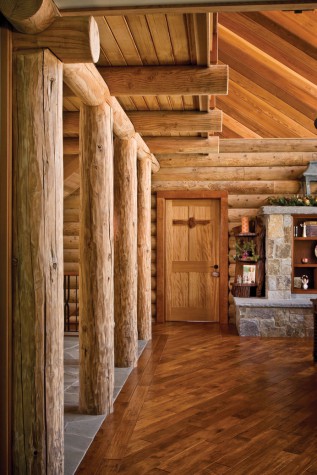 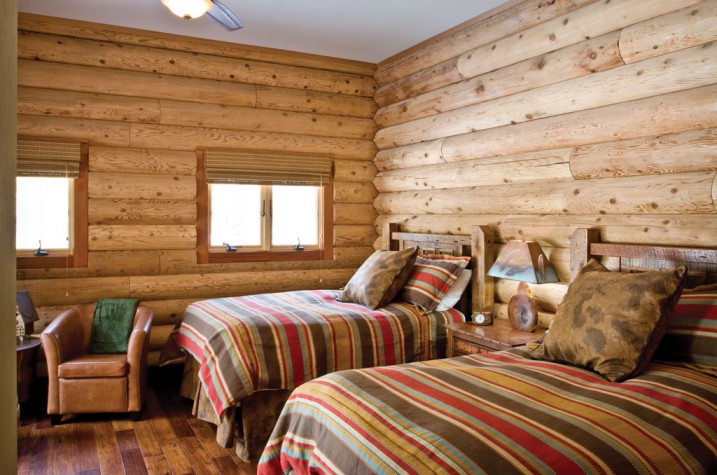 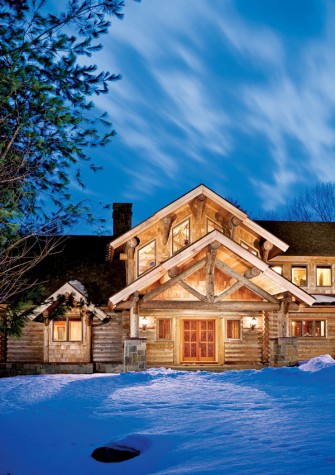 An authentic log home that’s big on style and comfort

According to Celtic lore, a deeply felt bond with another means you have found your anam cara, or soul friend. If you are lucky enough to have found one, tradition states that you have arrived at a sacred place: home. Perhaps that is why a western-red-cedar log home situated on the Nequasset Brook received such a name, given that its owners fell in love, on a blustery evening walk to the river through 2 feet of snow, with the ten acres of thick spruce trees and overgrown forest. It was then, as the sun began to set over the water, that they decided it was the perfect spot for their dream home. The home’s fate was sealed and so was its name.

Finding the land may have been kismet, but the search for a company to help them conceive and design a custom log home proved more difficult. Rather than choose a prepackaged blueprint, the couple worked with PrecisionCraft Log & Timber Homes in Idaho to design custom plans. The search for a local contractor with the vision and talent to turn the puzzle pieces into a 5,600-square-foot dream home came in the form of Steve Hooper, founder of Hooper Construction LLC in Bowdoinham. After an initial meeting that ran over three hours, they decided Hooper was their man. “As soon as we realized this would be a good partnership, we started digging,” says Hooper, who broke ground in August 2006.
Log cabins have an enduring mystique in the American imagination, as if they offer a real-life simulation of living in a fairy tale. But before the couple’s enchanted abode could become a reality, lots of work needed to be done. With the logs’ arrival still a few months away, Hooper and his team created a horse barn with an attached greenhouse off the driveway. The interior wood shingles of the greenhouse have butterfly carvings—a detail Hooper, aware of her fondness for the winged insects, added as a surprise for one of the owners. “One of the things we do is get to know homeowners. We never just draw up plans for a family without personally understanding them,” says Hooper.
Many of the branches in front of the house were pared back to make walking through the woods easier, and to provide the owners with an unobstructed view of their barn.

The stone landscaping, by Rick Leech Masonry in Bowdoinham, leads to the front entrance and continues along the length of the house, giving each first-floor bedroom a private stone patio. The 7-foot-tall Honduran mahogany wood doors were hand carved by Mark Donovan, a wood artisan also based in Bowdoinham. After Donovan carved out a sample panel of blossoming lupines, he asked  Hooper to bring it back because it wasn’t absolutely perfect. “But when I showed it to the homeowner, she was so thrilled that I handed it right over,” recalls Hooper.
Although the plans for the cabin were completed far in advance, it became an evolutionary project as Hooper found himself changing dimensions of rooms to accommodate the homeowners’ most treasured possessions, such as a purple Aga stove. A large stone grotto created by Leech was installed above it, complete with a pot-filler faucet that swings out from the wall. “Things flowed from there. I went to Morningstar Marble to pick out a granite countertop, and within five minutes found one with flecks of purple that would complement the eggplant stove,” Hooper says. To achieve an Old World feel, custom cabinets by Hooper’s brother David were built to hide away appliances, including a refrigerator drawer and two dishwashers. “In many projects, homeowners know exactly what they want. In one situation, I asked how they wanted the bathroom floor to look and they told me to make it green,” says Hooper. “It’s not often you get homeowners who are so laid-back that they let you churn out your own designs.”
Opposite the kitchen stands an 8-foot-long redwood-bark and juniper-wood table that was custom built by Woodland Creek Furniture in Michigan. The homeowners came across the company in an issue of Log Home Living, and they decided to have pieces built simultaneously with the home. The open floor plan accommodates a family room with a natural stone fireplace that extends to the rafters. In a nod to the family’s Irish background, above the fireplace hang wood staffs by Mark Donovan that read, “Health, Happiness, Love, Laughter, Friendship” in an ancient Celtic language. The homeowners love to entertain family and friends, and the room’s size and oversized couches easily accommodate large gatherings. On New Year’s Eve, over twenty friends were able to chat fireside. From the hearth to the kitchen, the hand-scraped hickory floors are purposefully angled, drawing the eye back to the esteemed Aga stove. The original plans for the room called for drywall. “I knew the owner’s tastes and had a hunch that a giant wall of Sheetrock wouldn’t fly in the main room,” he says. Hooper made an executive decision to attach cedar planks to the walls instead. The ceiling boasts three giant Douglas fir trusses that hold up the roof. “Mark and myself put those together on the front lawn of the house. When those logs arrived, they had tongues and grooves in place, but we had to put the pieces together,” explains Hooper.
A carved wood sign that reads “The Christmas Cove” hangs on the door of the master suite, which is decorated accordingly with a dark wooden sleigh bed, a corner fireplace, and red and green hues. Even a mini Christmas tree sits in the corner year-round as a special ode to the owners’ favorite holiday. The green marble floor of the master bath, along with every other tile in the house, was designed and laid down by Hooper himself.
The stairs from the foyer lead to a second-floor loft overlooking the family room. Hooper brought in a custom ironsmith, Doug Harley Ironworks, after the homeowners handed him a book of Celtic designs to see if one could be incorporated into the hand railing. According to the homeowners, the seven knots look so perfectly identical that visitors always ask if it was ordered from a catalog, even though each was hammered out by hand. The stairway to the second floor was one of the bigger challenges faced in the construction of the home because it had to be made to move. “With log homes, wood warps and sways, so that has to be taken into consideration with every nut and nail,” says Hooper. Each door and window in the home is covered in a headpiece at least several inches long, with bolts holding it in place. “It’s challenging to build up when you know a window will move three quarters of an inch from the ceiling, so we needed to be able to allow for that movement—but hide it too,” says Hooper.
The finished basement, officially dubbed “the man cave,” leads into a giant entertainment room with a custom bar built by David Hooper, as well as large leather sectionals that face an additional fireplace and a flat-screen television christened during last year’s Super Bowl. A fitness center, massage table, and sauna are unexpected additions to the basement. “On our last day on this job, I called and asked if I could try out the man cave. The crew opened up the bar and watched a movie on the flat screen. We definitely approve of the man cave,” Hooper laughs.
“There’s a saying in this business, ‘If you can’t see it from my house…,’ but for Steve, he treats every house as though it was his house. If homeowners aren’t happy, then he won’t rest until they are,” says his wife, Jill. As Hooper surveys his handiwork, he smiles. “When the homeowner came in and told me it was better than she ever imagined, that’s when I knew we’ve done well.” The collaboration between builder and homeowner within the walls brings to mind another Irish saying, “Bless you and yours, as well as the cottage you live in. May the roof overhead be well thatched—and those inside be well matched.”