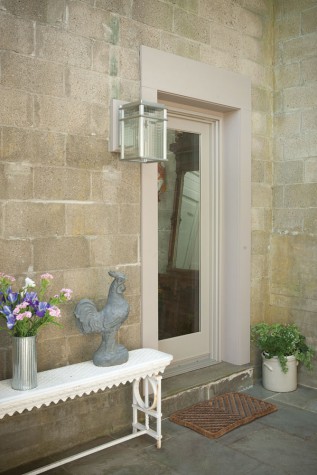 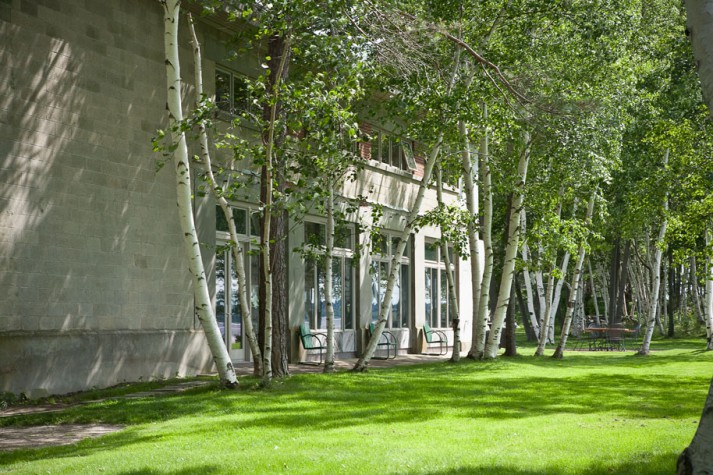 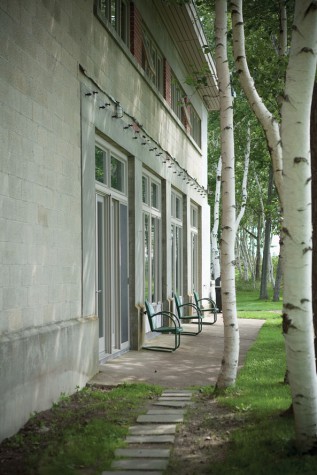 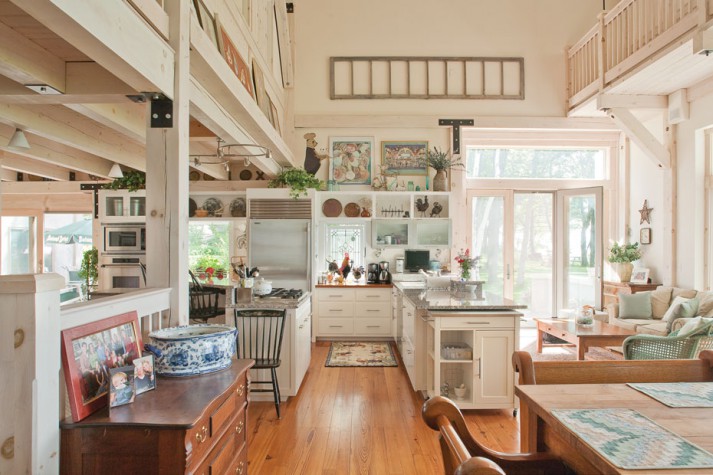 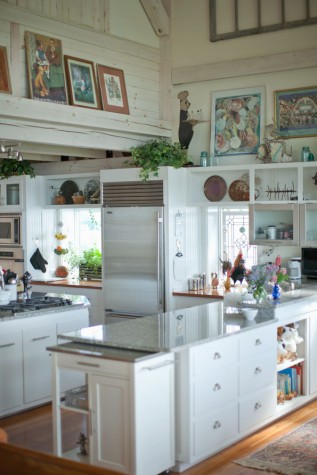 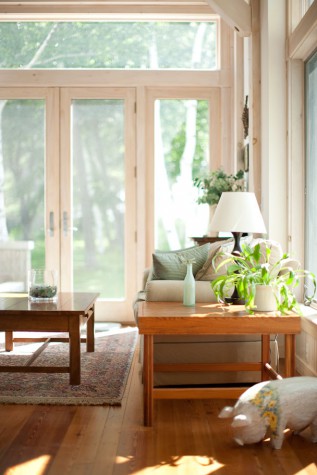 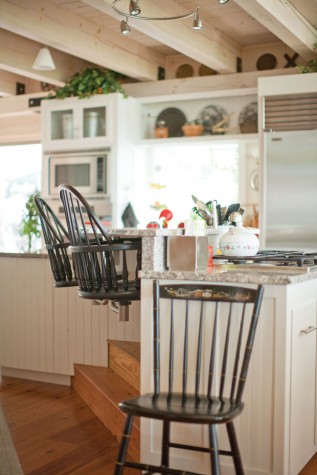 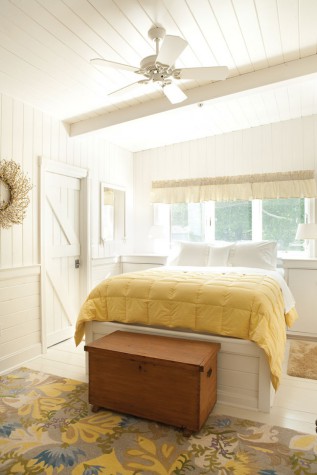 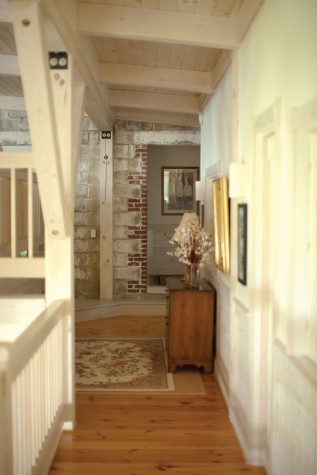 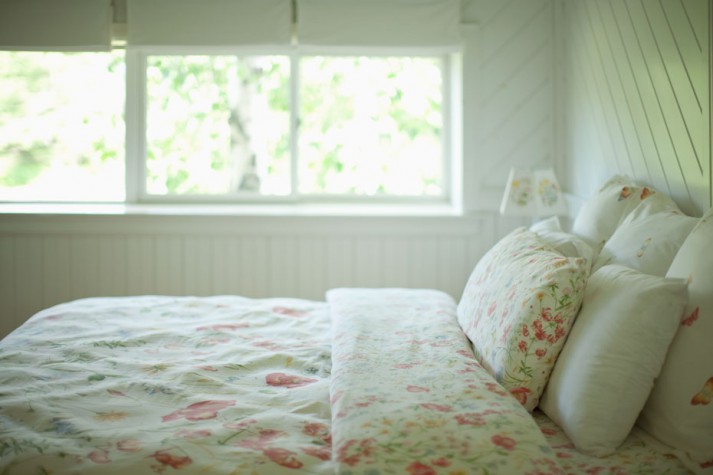 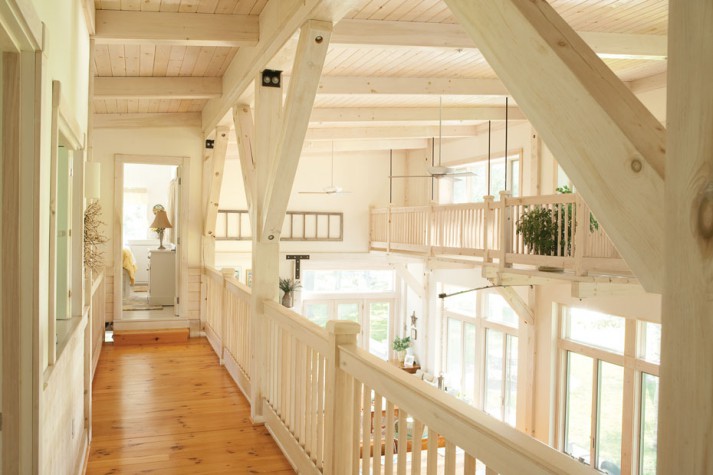 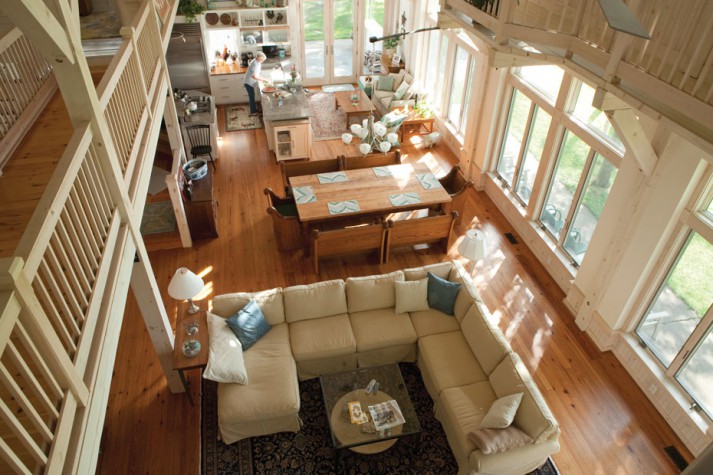 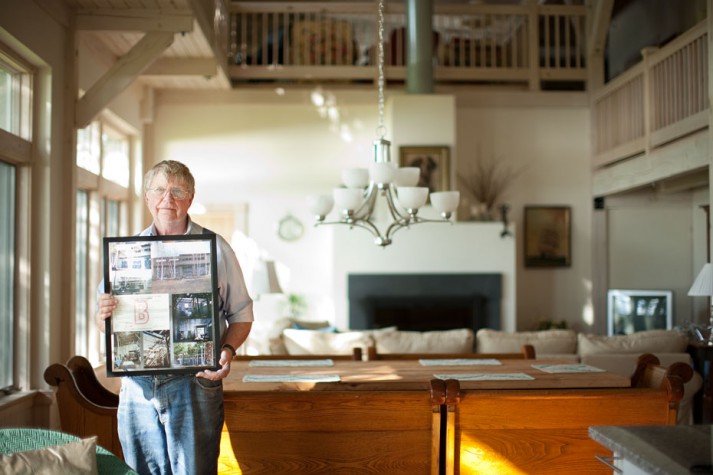 On Diamond Cove, a former pilot transforms a naval power plant into a home

As the ferry leaves Diamond Cove for the mainland, the first tinges of a lasting impression materialize in the summer sun. The image of this historic island community is indelible, even as its diminishing silhouette recedes behind the expanding view of Portland’s houses on the hill.

Maybe it is because Diamond Cove exudes the kind of seductive allure inherent in a place haunted by history. On a golf cart ride (there are no cars on the island) with homeowner and builder Ron Fitch, a sweeping oral history of the area is revealed in between frequent greetings from neighbors.

Located on Great Diamond Island in Casco Bay, Diamond Cove was formerly the site of Fort McKinley, a military stronghold during the Spanish–American War. In the late nineteenth century, the fort was home to roughly 1,000 soldiers whose brick barracks and Queen Anne–style officers’ quarters still surround a stately parade ground. In 1945, the fort was retired, and it stood neglected until the 1980s, when a developer restored the historic buildings to their original splendor. Today, Diamond Cove is privately owned, and the buildings, which are listed on the National Register of Historic Places, are home to both summer and year-round residents.

Across the island, the ghosts of its military past are evident: an old bowling alley here, a former schoolhouse there. On the western end of the cove, past the parade grounds, are a handful of former U.S. Navy buildings: a fire station, the site of a blimp hangar, and—our destination—a defunct power plant.

It was here that Ron decided to build an unconventional home for himself and his wife, Sandy.

Ron, a retired U.S. Air Force and commercial-airline pilot, has always loved building. “On days off between flying trips, inspired by his interest in history, he would fill his free time by rehabilitating old buildings around New England,” says Sandy. This hobby evolved into a full-time occupation when, after Pan Am went out of business in 1991, his attention was captured by the beautiful, but crumbling, historic brick Victorian homes on Diamond Cove.

There, Ron had completed the renovation of two of the former officers’ quarters on the parade ground (for two of his daughters) and was well into the restoration of a third (for he and Sandy) when Sandy, a real-estate broker, diverted his attention to a large, abandoned cement-block building on the western shore of the island. The waterfront building was built in 1942 by the U.S. Navy as the power and heating plant for their fleet training center. Most of the Navy buildings on the island were temporary structures that were removed several years after the war ended, but the power plant, made of cement, had withstood the passage of almost sixty years. Full of rusting equipment and ringed by piles of coal, there was nothing to attract the average buyers except the creative vision of their imaginations. And so Sandy called Ron over to the other side of the island to take a look. Not long after, the Fitches became the unlikely owners of a former World War II–era military power plant.

The structure purchased by the Fitches was basically a concrete box, which made the decision surprising to some. “Everyone thought we should tear it down. They said, ‘What are you going to do with the façade?!’” recalls Sandy. “We told them, ‘We’re going to leave it the way it is,’” says Ron with a smile. With his love of history and self-taught building expertise, Ron began the process of transforming the unassuming structure into their home. First, though, the site needed extensive cleanup. “It took several years and thirteen 30-cubic-yard dumpsters to clean up the building and lot to a point where new building could begin,” says Sandy. “The roof had caved in, but the walls and cement floor were still perfect.” Though the cleanup was arduous, the building’s condition actually benefitted the Fitches. Because it had been used as a power plant, piles of coal lined the waterfront. Once the coal was removed, there was nothing standing between the house and the ocean views.

For the next five years, Ron worked on the house mostly by himself, with the help of Mike Rueger, electrician Harry Papke, and plumber Dave Hunter. The biggest challenge was fitting everything into the existing building and working around the original door and window openings. This effort was complicated by the fact that the front windows were at different heights than the windows in the back. “We wanted the exterior to stay as much the same as possible because we really liked the symmetry of the building,” says Ron. Only two new openings were created—a window in one of the bedrooms upstairs and another at the front ent
ryway.

The box-like character of the 6,000-square-foot home made an open layout ideal. The interior is completely unobstructed by walls, with a second floor along the perimeter—on one side, the bedrooms, and on the other, Sandy’s office and a catwalk that allows access to the high windows. The open, airy plan keeps the stunning ocean in full view, a setting that is complemented by recycled Southern yellow pine—a light wood that was stained opaque white to prevent it from darkening over the years. While the layout is conducive to sunlight and views, it posed a problem for Sandy when it came time to decorate. “There aren’t a lot of places to hang things because everything is so wide open. I like to have my family pictures around, so it took me a while to figure out where to put them,” she says. Now, black-and-white family photos line the walls along the stairs.

From the exterior, it is easy to envision the Fitch home in its former days as a power plant. And though the interior has been completely transformed, pieces of history still echo within. “When the army moved out, they left the houses furnished, and for years people came and vandalized them,” says Ron. As a result, the Fitches retrieved much of their furniture from disposal piles across the island. Pieces such as a wooden dresser from an officer’s quarters, a soldier’s locker, and a large map table were original fort furniture that Ron refinished. Kitchen cabinets are composed of recycled wood from the roof, the stairs were crafted from recycled door frames, and the slate around the fireplace formerly occupied the shower stalls in one of the nearby military buildings. The dining room’s pew-style chairs were salvaged from the family church in Connecticut, and the boards under the windows came from the building’s original bifold doors. It is fitting that these pieces—like the power plant and Ron’s career—have been given a second life as well.

More than ten years after the Fitches bought the property, a fourth bedroom is in the works: a master suite with a new window overlooking the ocean. Ron’s work is never finished, but he seems comfortable with this state of affairs. “That’s the funny thing about life. When you’re young, you look forward to retiring and doing nothing, and when you get here, you think: ‘I’ve got to keep going, keep the bones moving.’ I don’t plan on quitting any time soon.”