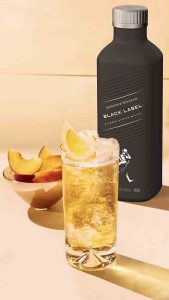 In an effort to curb single-use plastic, DIAGEO, one of the world’s leading producers of spirits, is transitioning to paper bottles. Starting with Johnnie Walker Black Label, the new bottle design is made from sustainably sourced food-safe wood pulp, is plastic free, and is 100 percent recyclable. While glass is recyclable, it’s much heavier to ship than paper, so it has a larger carbon footprint. Glass bottles also involve small amounts of plastic for labeling, whereas the paper bottles have none. The sustainable packaging is making its way to other brands who rely on single-use plastics: Unilever and PepsiCo have plans to use paper bottles in 2021.

L.L.BEAN and ERIN FLETT’s limited edition bag and tote line, which launched with a spring/summer collection in April of this year, has released a fall/winter 2020 collection. 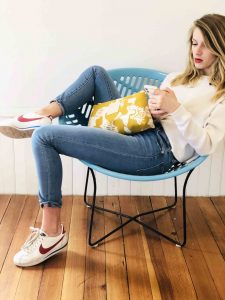 Available at llbean.com and in store, the latest batch includes two new prints and one new bag style. Each print is inspired by iconic L.L.Bean patterns, and each design is hand-drawn and hand-pressed in Maine, ensuring every piece is unique. The complete collection comprises four bag styles in four patterns and four colorways. Erin Flett is a Gorham-based textile designer who produces her fabric collections from start to finish.

A bill recently passed by the U.S. House of Representatives, called the BIRD-SAFE BUILDING ACT, aims to reduce the amount of glass used on federal buildings in an effort to help protect birds. Nearly one billion birds—mostly migratory—are killed from building collisions in the United States every year. The bill minimizes the amount of glass allowed on lower levels and prevents transparent passageways and corners. It also applies to public structures under renovation when more than half of the exterior is being changed, and to courtyards with elements that are attractive to avians. 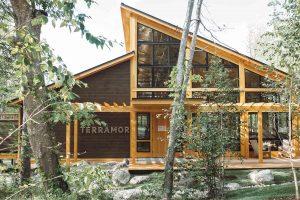 Even during an ongoing pandemic, KAMPGROUNDS OF AMERICA opened TERRAMOR, its first “glamping” campground on Mount Desert Island this August. The $9.7 million resort is equipped with 64 “tents,” each of which has power outlets capable of charging multiple devices at once, a remote-controlled ceiling fan, an outdoor fire pit with chairs, and an interior bathroom that includes a shower. Some sites have second bedrooms furnished with bunk beds. The resort opened with social distancing and safety measures in place. General manager Gretchen Chauncey is excited about the possibilities glamping offers in the current climate: there are no shared spaces or common rooms where guests might encounter one another, and nearby Acadia National Park allows for endless outdoor adventures.

A product design student and recent graduate of London’s Ravensbourne University, HOLLY GROUNDS has developed an edible alternative to single-use ramen noodle packaging. A flavorless biofilm—made from potato starch, glycerin, and water—wraps the noodles then dissolves to create a broth once in water. Herbs and spices are embedded into the biofilm, and the noodles are doughnut shaped for even cooking and an effortless fit in a bowl. Grounds also considered convenience while developing the dissolvable packaging; she conducted a speed-cooking test and found that her noodles were ready a full minute faster than standard ramen noodles, due to the work required by traditional plastic packaging. Grounds was inspired after she recognized the irony behind instant noodles packaged in plastic that will take eight decades to decompose. 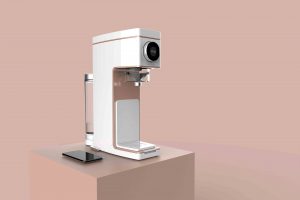 California-based RKS DESIGN knows that new parents have enough to worry about. The firm has created BABY BARISTA: a formula-making, bottle-warming machine with a subscription service. It’s easy to use—at the push of a button, a bottle fills with the right amount of formula, at the perfect temperature, in just 15 seconds. You can connect to the Baby Barista app to start a bottle from the next room, record mealtimes, and share data with your pediatrician. A liquid formula subscription plan ensures that you’ll never run out, and the machine is compatible with any style of bottle. The appliance’s shape is similar to a Nespresso machine, and its sleek white exterior with rose gold accents won’t make you want to hide it away. 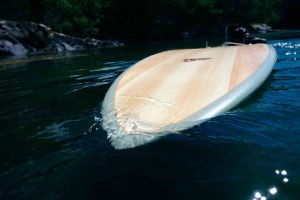 York-based surfboard manufacturer GRAIN SURFBOARDS has revealed a new board. Called GREENRAIL, the design incorporates a perimeter “rail” made from 100 percent recycled plastic bottles. Known for creating surfboards out of Maine cedar, Grain Surfboards explored different options for new designs while the pandemic slowed shop business. For a standard Grain surfboard, installing the rail around the perimeter is the most time-consuming part of the manufacturing process; a single perimeter can be made up of 10 to 11 individual pieces shaped and fit together, and each model has different perimeter requirements. GreenRail is made using solid lengths of plastic that are then heated and bent along the perimeter. The process is quicker, eco-friendly, and nearly halves the cost compared to an all-wood board. 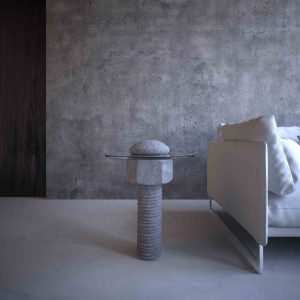 Architecture and engineering firm EDG (Experion Design Group) has released a collection of furniture and wall panels made from concrete. The pieces were created with the firm’s 3D printing software, SYNTHESIS, which is capable of producing 3D molds with endless customization options. The furniture collection, which was named after the software, clearly demonstrates the software’s ability: the BOLT TABLE, for example, is a cast-concrete replica of a nut and bolt with a glass tabletop that mimics a washer. Each piece of furniture or wall panel in the Synthesis collection comes in a raw finish and is completely customizable.

A second round of infrastructure upgrades are planned for the former Great Northern Paper mill in Millinocket. Nonprofit organization OUR KATAHDIN is spearheading the $8.5 million improvements and updates to roadways, rail systems, water and sewer systems, the power grid, and data capacity. The U.S. ECONOMIC DEVELOPMENT ADMINISTRATION awarded a grant of $5.36 million to partially fund the upgrades. An additional $1.34 million in funds came from the MAINE RURAL DEVELOPMENT AUTHORITY and the MAINE TECHNOLOGY INSTITUTE, and the remaining $1.27 million will be funded by grants from the U.S. ENVIRONMENTAL PROTECTION AGENCY. Leading the project is Orono-based MID-SOUTH ENGINEERING, and Portland-based RANSOM ENGINEERING will conduct an environmental assessment and site cleanup.