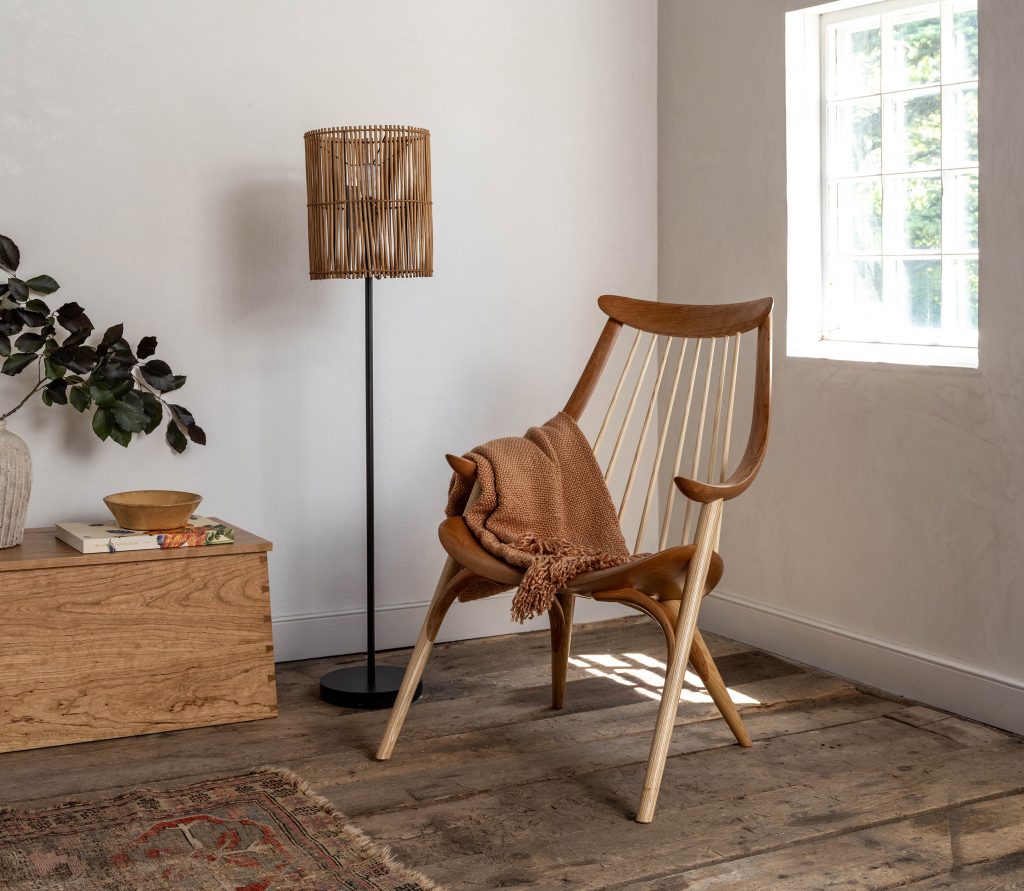 In early October, Maine furniture maker THOS. MOSER debuted the 1972 CHAIR, a commemorative design celebrating the company’s 50th anniversary. Named after the year in which Thos. Moser opened its doors, the chair combines design motifs developed by founder Tom Moser with sculptural inﬂuences and techniques used by his son, David Moser. The design will initially be sold in a limited edition run, featuring a medallion celebrating the 50th anniversary as well as the maker’s signature. In addition, the ﬁrst 50 chairs in the run will include a commemorative engraved brass medallion inlaid on the underside of the seat.

Recognizing the incredible amount of waste caused by discarded clothing each year, American baby footwear company WOOLYBUBS has designed a line of infant shoes that, once outgrown, can be broken down in hot water. Called NEWBIES, the shoes are designed to dissolve in as little as 40 minutes when submerged in boiling water. Available in four pastel colors, Newbies are made from POLYVINYL ALCOHOL, a water-soluble plastic polymer typically found in laundry detergent pods. Once melted, the plastic turns into single polymer chains (as opposed to microplastics), which are easily broken down into carbon dioxide and water in water treatment facilities. For this reason, the melted shoe and water mixture can be safely poured down the drain, preventing unnecessary waste from winding up in landﬁlls.

Set to be built at THE DOWNS in Scarborough, Maine’s ﬁrst COSTCO store has been approved for development in the INNOVATION DISTRICT. The 161,000-square-foot facility will include a gas station, oversized parking spaces, and tall lamps in the parking lot. Approved by the Scarborough Planning Board, the site plan went through several iterations before the ﬁnal design was agreed upon in late August. Site work for the membership warehouse began in late fall of this year, and the retail facility is slated to open in either late 2023 or early 2024. 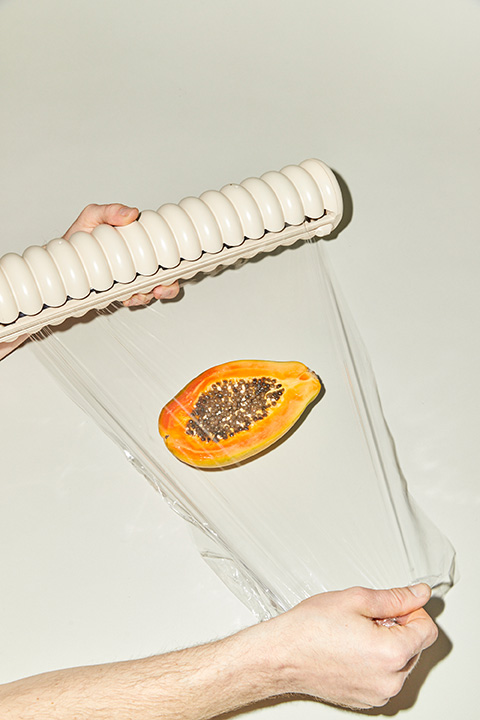 To move away from petroleum-based plastics, Australian company GREAT WRAP has developed the eponymous Great Wrap, a biodegradable alternative to traditional cling wrap that is housed in recycled plastic cases. Made from potato skins, Great Wrap is compostable (in both industrial composting facilities and home composters) and takes roughly 180 days to break down. The cling wrap is produced by extracting starch from waste potatoes that is then compounded into pellets with used cooking oil, cassava (another starchy root vegetable), and biopolymer additives. These pellets are heated until reaching their melting point, when they are extruded into a stretchy, plastic-like ﬁlm. Great Wrap is currently available in Australia and due for distribution in the United States by the end of the year. 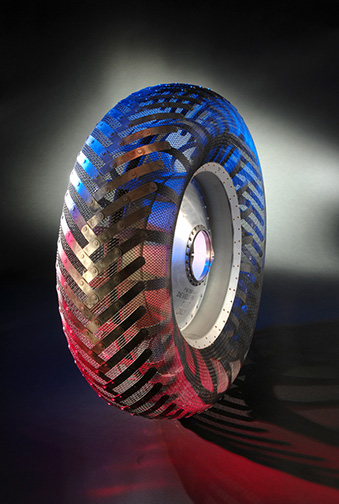 In addition to LOCKHEED MARTIN and GENERAL MOTORS, tire company GOODYEAR has joined the team designing NASA’s latest lunar lander, set to launch in 2025. The vehicle will be used as part of NASA’s ARTEMIS PROGRAM, which will put astronauts on the moon for the ﬁrst time since 1972. In contrast to previous lunar rovers, which were designed to last for only a few days, this new prototype will be far more rugged, intended to last several years. Drawing on Goodyear’s existing airless tire design (aka non-pneumatic tires), the lunar rover’s tires will have internal rubber or plastic connecting structures that will prevent them from going ﬂat, reducing the need for maintenance. 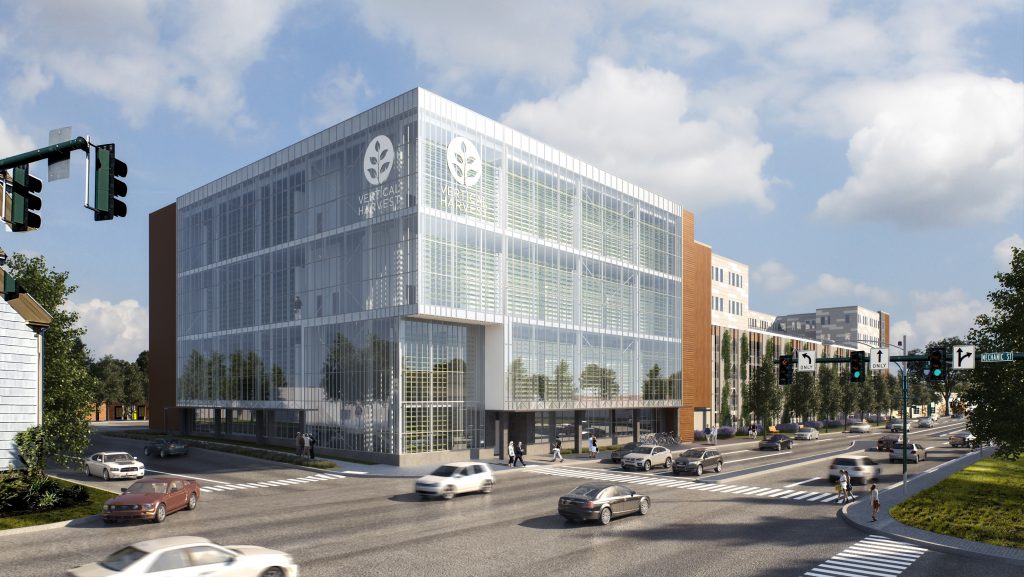 In September Wyoming-based produce company VERTICAL HARVEST topped off the roof of its newest four-story, 70,000-square-foot facility in downtown Westbrook. Chosen as a location due to the enthusiasm and partnership offered by leaders in the community, such as the mayor and the economic development director, the Westbrook store underlines a long-lasting kinship between Vertical Harvest and Maine. Construction on the facility broke ground in May of this year and is projected for completion in fall of 2023. Expected to produce over two million pounds of microgreens annually, the Westbrook location will provide fresh produce for schools, hospitals, restaurants, and consumers, reducing the need to import out-of-state produce in the off-season.