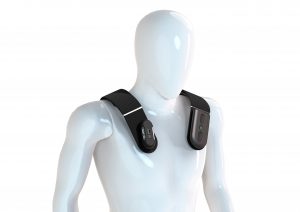 At the CES (CONSUMER ELECTRONICS SHOW) in Las Vegas in early January, Swiss startup BIPED released the BIPED AI, a minimalist smart harness that uses autonomous driving technology to help visually impaired people avoid obstacles while walking. A far cry from traditional walking sticks and guide dogs, the idea was initially developed by Biped cofounder MAEL FABIEN and business partner BRUNO VOLLMER at the INTERNATIONAL CREATE CHALLENGE AI SUPER HACKATHON in Switzerland. The Biped AI uses a software called COPILOT that relies on 3D cameras to monitor movement in a 170-degree field of view in front of the wearer and predicts the trajectory of obstacles several seconds in advance. Worn over the shoulders and fitted with a removable battery that lasts for over six hours, the Biped AI can be paired with headphones, Bluetooth earphones, and GPS on a smartphone to give the wearer audio cues and warnings about oncoming objects as well as navigational instructions. 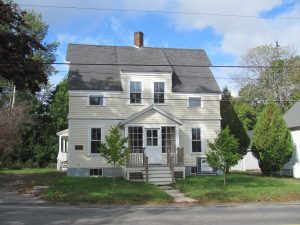 After five years of restoration work led by nonprofit MILLAY HOUSE ROCKLAND, the nineteenth-century duplex at 198–200 Broadway in Rockland, where Maine native and renowned poet Edna St. Vincent Millay lived for the first six months of her life, has entered its final phase of renovations. The first woman to win the Pulitzer Prize for poetry, Millay was born in the front bedroom of the north-side unit of the duplex in 1892. The building was purchased by the ROCKLAND HISTORICAL SOCIETY in 2016, transferred to Millay House Rockland in 2017, and in 2019 was placed on the NATIONAL REGISTER OF HISTORIC PLACES as an example of the mirror-image duplexes that housed the working class in Rockland during the nineteenth century. Thanks to money raised through grants and multiple contributions from the QUIMBY FAMILY FOUNDATION, the roof and heating system have been replaced, the interiors gutted, and the north-side unit renovated to be privately rented. In partnership with arts nonprofit the ELLIS-BEAUREGARD FOUNDATION, Millay House Rockland plans to use the south side of the duplex for an artist-in-residence program. 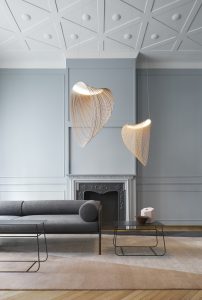 Featuring a simple, delicate, and airy silhouette made from laser-cut birch plywood, the ILLAN PENDANT lamp, created by Hungarian designer ZSUZSANNA HORVATH, was named after the concept of illan, the quality of being temporary or fleeting. Produced by Italian light company LUCEPLAN, the pendant has a warm-toned, elongated LED light that allows the shade to drape around it, creating a curved, distinctive 3D shape that flows and moves with even the slightest disturbance of air. Available in three sizes with the largest being up to a meter wide, the Illan Pendant both provides warm, diffused light and serves as a sculptural addition to any space. 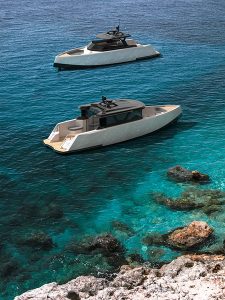 Created in partnership with Silicon Valley start-up NAVIER, LYMAN-MORSE BOATBUILDING in Thomaston has begun developing the NAVIER 27, an all-electric vessel. With the goal of advancing technology that will increase the efficiency of small boats by 90 percent while maintaining zero emissions and a smooth ride, Navier is working with Lyman-Morse due to the boatbuilder’s previous work with high-tech, carbon composite boats. Featuring a 27-foot-long hull and a hydrofoil design that raises the vessel out of the water as it is propelled forward, the Navier 27 will likely be able to travel up to 75 miles before needing to recharge, making it the longest-range electric boat in the world. With the goal of showing the model at the FORT LAUDERDALE INTERNATIONAL BOAT SHOW this October, Navier will ideally have it consumer ready in early 2023. 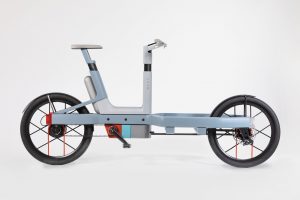 A collaboration between Dutch design company STUDIO MOM and Australian technology company LAVO has resulted in the world’s first hydrogen-powered e-bike. Created in partnership with ELIAN CYCLES (which specializes in cargo bikes), the LAVO BIKE is powered by a hybrid hydrogen battery that offers a higher energy-to-weight ratio than the lithium batteries traditionally used in electric bicycles. Featuring a modular frame, the modern shape of the bike allows the battery to be slotted into place below the seat. Although it is not currently on the market for public consumption, the bike is designed to serve as a model of emission-free transport. 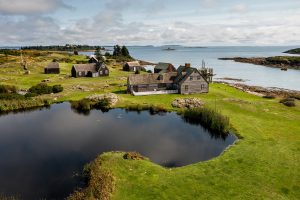 In a move that will both preserve an important part of Maine’s artistic history and expand academic programs and activities, COLBY COLLEGE in Waterville has purchased two historic private islands: 450-acre ALLEN ISLAND and 50-acre BENNER ISLAND, where renowned Maine artist ANDREW WYETH and his wife, BETSY WYETH, lived and worked each summer. Initially purchased in 1979 and 1990 respectively, the islands served as a source of inspiration for many of Andrew’s paintings, and as a conservation and preservation project for Betsy. They are still pristinely maintained today. Formerly under the stewardship of the UP EAST FOUNDATION and the WYETH FOUNDATION FOR AMERICAN ART, Allen and Benner Islands, which are located five miles off the coast of Port Clyde, will now serve as an academic breeding ground for Colby students focusing on a wide range of disciplines, from social sciences to humanities to natural science. 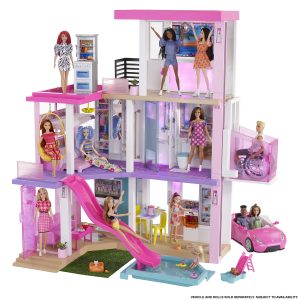 In honor of the 60th anniversary of the classic BARBIE DREAMHOUSE, this year BARBIE is teaming up with HABITAT FOR HUMANITY on 60 different projects around the world, focusing on home preservation, construction, and neighborhood revitalization to benefit families in need of safe, affordable housing. MATTEL, the company that produces the iconic children’s doll, will fund home repairs, playhouse builds, and contributions to HABITAT’S WOMEN BUILD program in Brazil, Canada, and Poland among other locales. Throughout this year, Mattel employees are being enabled and encouraged to volunteer with HABITAT FOR HUMANITY OF GREATER LOS ANGELES, whose projects include building a new home for a family in South Los Angeles near the company’s global headquarters.

SCRATCH BAKING COMPANY’s location at WILLARD SQUARE in South Portland is undergoing two phases of renovation with the goal of improving flow while creating more open space to accommodate social distancing. Although the Scratch team had been collaborating with Portland-based architecture firm BARRETT MADE before the pandemic hit, the overhaul was delayed when the bakery had to pivot to online sales, curbside pickup, delivery, and eventually walk-up window service. The new plan for the building will include a horseshoe shape that allows customers to enter through one door and exit through another, as well as separate areas depending on whether customers want coffee or bagels so that the lines no longer cross.