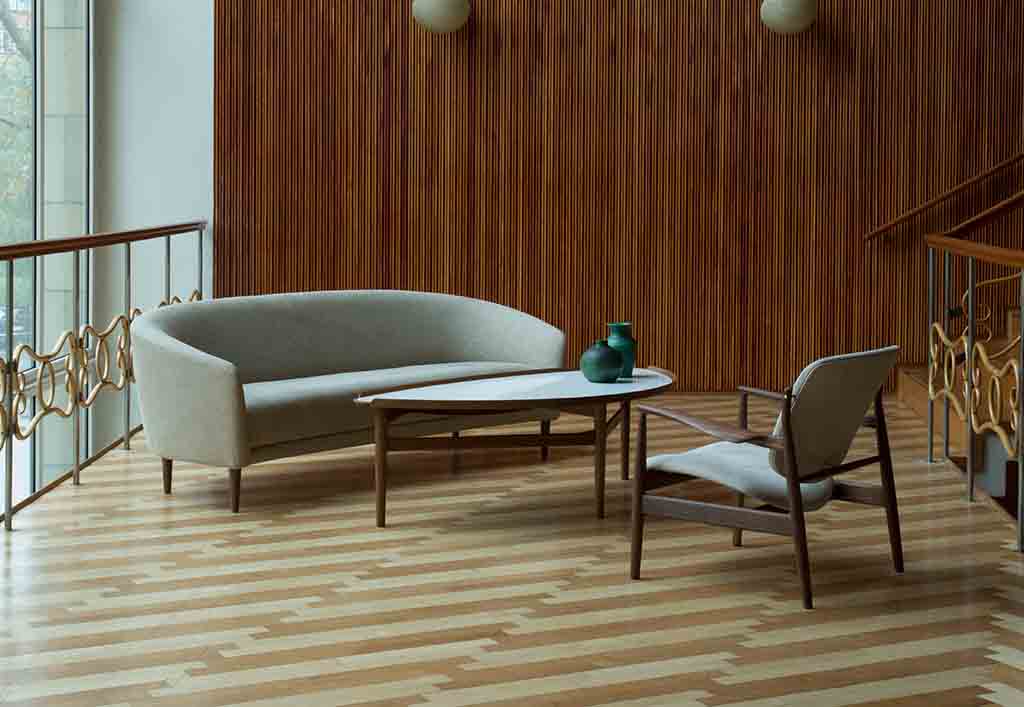 The HOUSE OF FINN JUHL has relaunched the LITTLE MOTHER SOFA, a lesser-known design created by Finn Juhl for his home in 1945. The reproduction was created through original drawings, and this is the first time that the sofa is being produced since it was first designed. Each sofa is created by hand through traditional joinery and upholstery techniques. The design features a slight curve that embraces and supports the body and is reflective of Juhl’s take on modernism. The House of Finn Juhl has held the exclusive rights to reproduce the designer’s furniture since the rights were given to them by his widow, Hanne Wilhelm Hansen, in 2001. 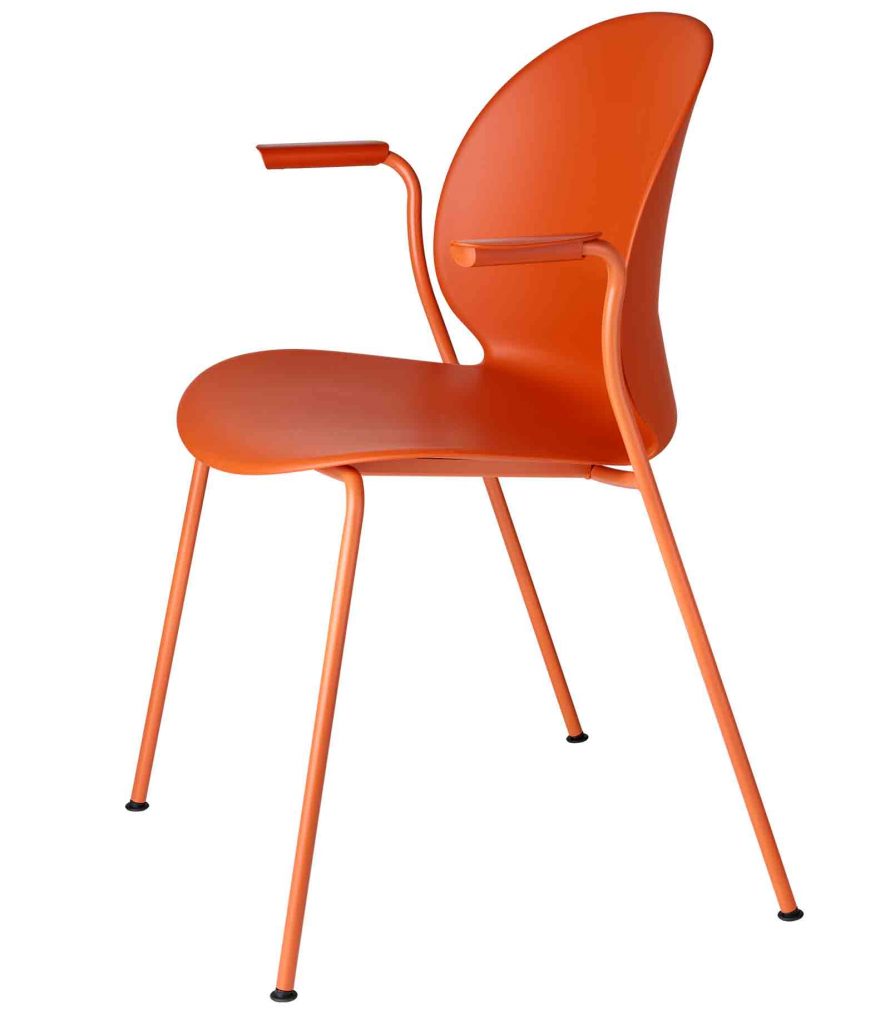 FRITZ HANSEN and Japanese design studio NENDO have teamed up to create the N02 RECYCLE chair: a collection of stackable chairs made from recycled household plastic waste. “The fact that the material is constructed from everyday recycled plastic creates an extra connection between the user and the chair,” says Nendo design head Oki Sato in an article from Design Milk. The chair has a rounded and curved back with a horizontal “fold” that acts as lumbar support. The collection includes five options in seven color choices, all of which are inspired by warm tones found in Scandinavian nature.

IBM has created an environmentally friendly battery that’s free of cobalt, nickel, and other heavy metals, eliminating the need to mine for resources. The new battery, which is made from three materials that can all be extracted from seawater, doesn’t have the same environmental and humanitarian issues that lithium-ion batteries typically present. The battery outperforms lithium-ion versions, has a higher power density and low flammability, and only takes five minutes to reach an 80 percent charge. The battery is also inexpensive to produce, giving it the potential to completely transform technology and current energy infrastructures. 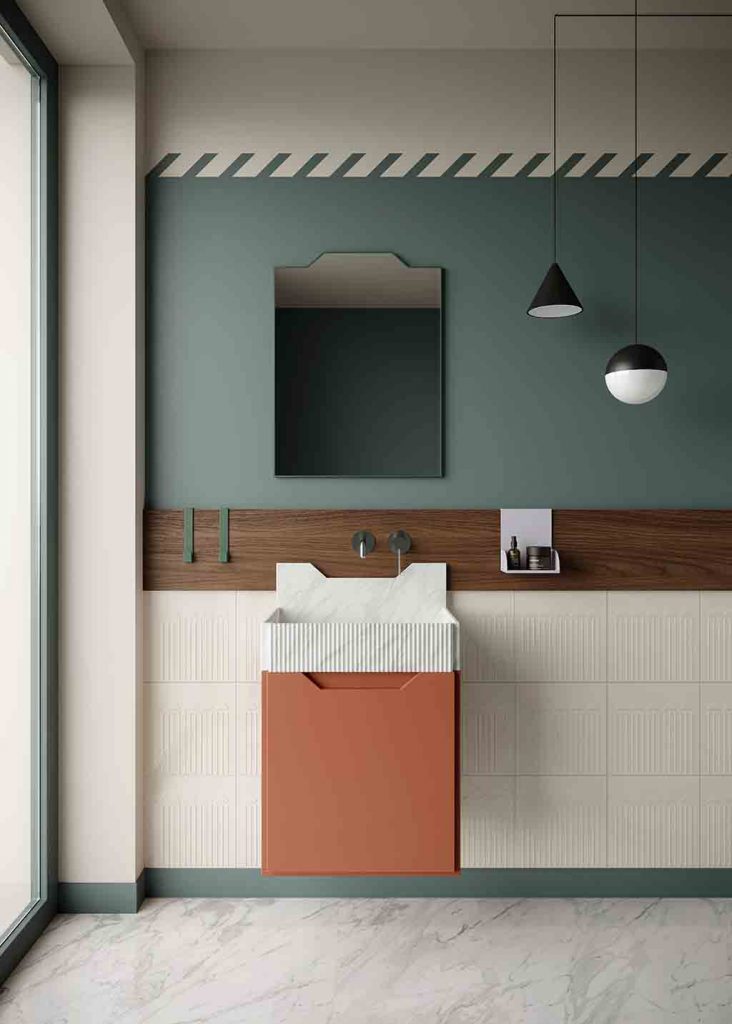 A new range of bathroom sinks inspired by American pop artist ROY LICHTENSTEIN’s Entablature works has been created for the bathroom brand EX.T. Designed by Italian architecture firm MARCANTE TESTA, the FRIEZE collection consists of three wash bins that connect to a horizontal band, from which additional items, such as hooks and a shelf, can be hung. The basins come in a variety of sizes, graphic patterns, and vibrant colors and can be set over a cube-shaped cabinet or remain freestanding. The cabinet and horizontal band are also available in a wide range of colors so customers can create any desired look.

The MAINE BLUE COLLAR SCHOLARSHIP FOUNDATION, an education nonprofit, and the MANUFACTURERS ASSOCIATION OF MAINE, a trade association, have collaborated to award nearly $100,000 to students and employers in Maine’s skilled trade and manufacturing industries. For high school students who want to learn skilled trades, $75,000 is available to spend on tools, books, tuition, and housing. A remaining $24,000 is reserved for trade instructors to teach weeklong courses hosted by local businesses. 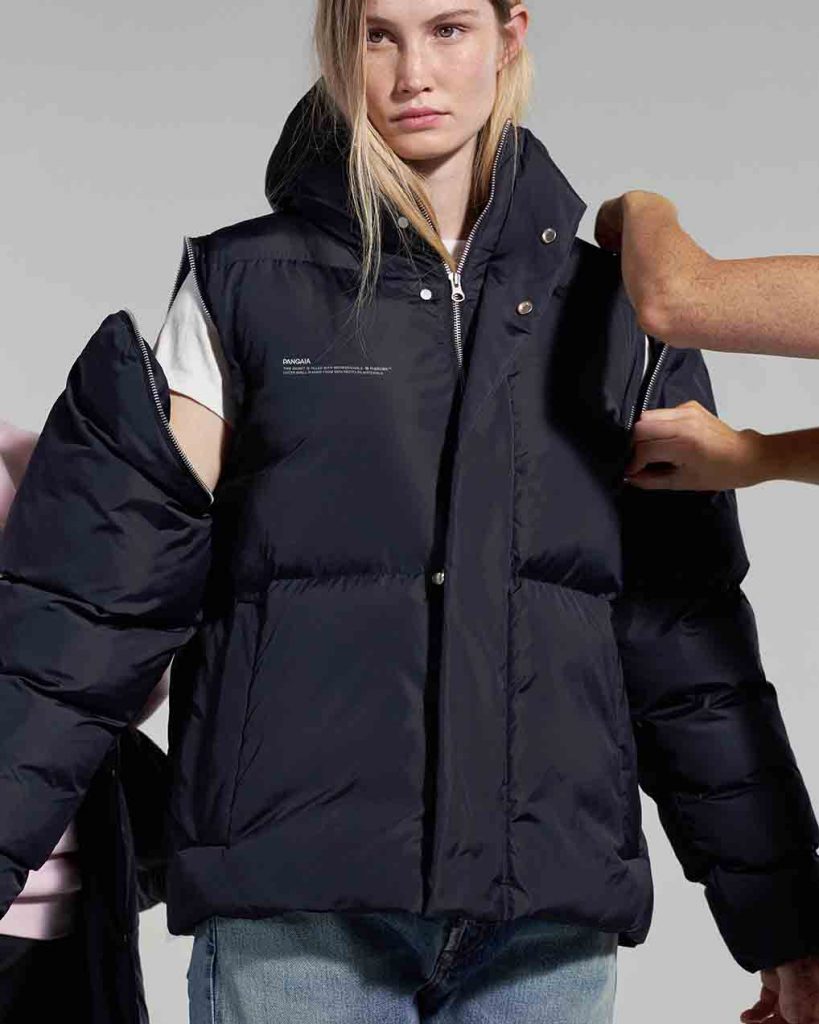 A new puffer jacket designed by U.S. clothing brand PANGAIA offers a cruelty-free alternative to down jackets. Called FLWRDWN, the stuffing is made from fibrous wildflowers. It was created after ten years of research and development. Along with the wildflowers, the puffer is filled with an aerogel and a biopolymer to create the thermal insulation. The flowers used are grown through a process that involves ecosystem recovery and preservation, helping to preserve groundwater and local butterfly habitats. The quilted shell is made from recycled polyester and comes in black, white, or navy. And, best of all, “all three elements within its composition will decompose without the need for a specific after-process or pretreatment,” chief innovation officer Dr. Amanda Parkes told Dezeen. 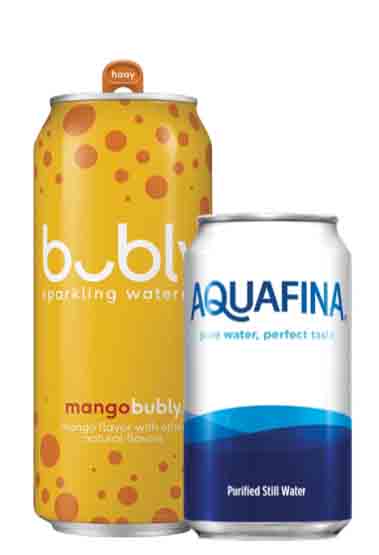 Company giant PEPSICO is working toward operating on 100 percent renewable energy by the end of 2020. “We see ourselves very much having a big responsibility to play in mitigating the impacts of climate change,” says chief sustainability officer Simon Lowden in an article from Fast Company. Pepsi’s goal is science-based and designed to reduce emissions by 20 percent—it’s a target that’s in line with what climate scientists say is necessary to keep global warming from climbing 2 degrees. The company’s operations only make up 8 percent of its total emissions, while packaging accounts for 26 percent. To help control this, Pepsi is moving to recycled, compostable, and biodegradable packaging. It’s estimated that Pepsi’s SodaStream business will prevent 67 billion plastic bottles from entering landfills by 2025. PepsiCo began their transition to renewable energy over a decade ago.

Ground broke for Maine’s largest cannabis greenhouse in early January. The facility, for Eliot-based SWEET DIRT, will be 32,800 square feet once complete. The building will include high thermal performance, automated light-shading and intake and exhaust systems, and extreme snow and wind load capacity. Sweet Dirt is collaborating with Portland-based ARCHSOLAR, the only greenhouse provider with 50-foot bays, which allow for a larger area of planted space. Sweet Dirt was founded in 2014 and is a registered medical cannabis dispensary and grower. In September owners Hughes and Kristin Pope signed a lease for a retail space on Forest Avenue in Portland, where they plan to sell organically grown cannabis to the adult-use market. 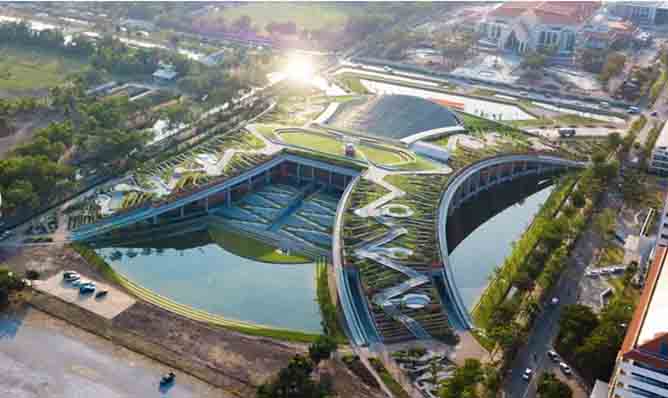 The low-lying city of Bangkok is sinking. As sea levels rise and heavy rainstorms become more frequent, city streets are flooding quickly and more frequently. A green roof on the THAMMASAT UNIVERSITY campus was designed by Thai firm LANDPROCESS in response to these climate changes. The roof is terraced and used to grow rice and native plants; subsurface detention ponds retain as much as three million gallons of water. The 236,000-square-foot roof helps to reduce excess heat caused by sun reflecting off of concrete, and it will be used as an outdoor classroom for university students. Solar panels span the roof to help power the building below. The organic urban farm is the largest in Asia, and it will provide enough rice for 100,000 meals—any leftover food will be composted and used to fertilize the next rooftop crop.