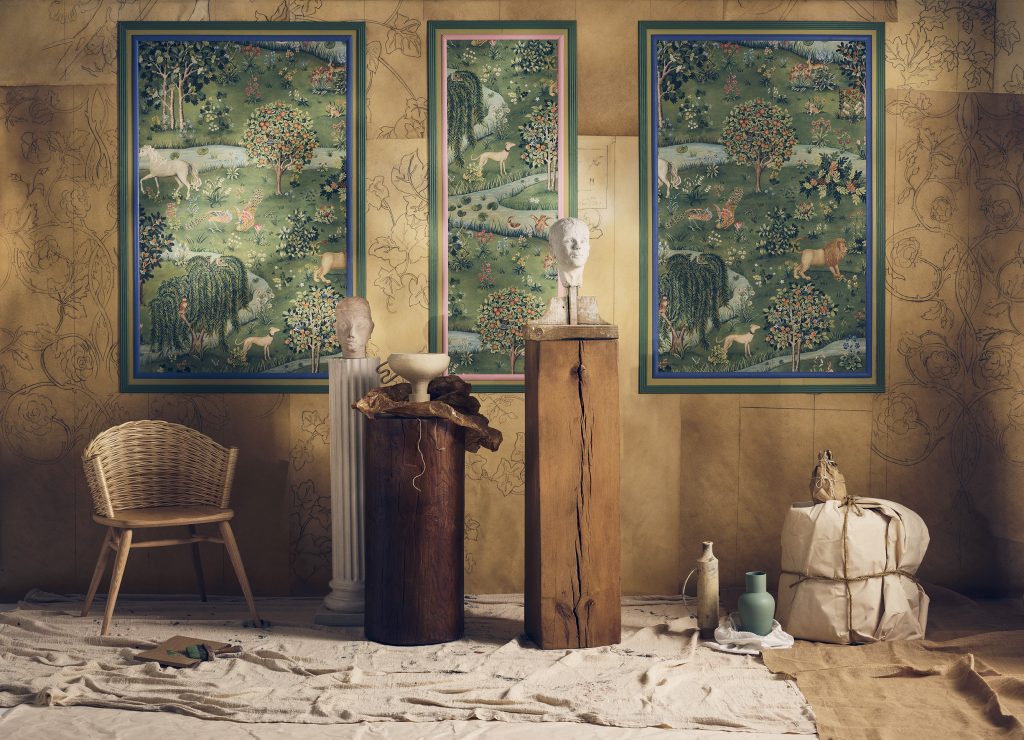 In honor of the 160th year of MORRIS AND COMPANY, the British furnishings and decorative arts manufacturer founded by the artist, poet, and designer William Morris, a new wallpaper panel has been released alongside a compilation of hand-selected favorite fabrics from 1861 through today. The new panel, titled OWL AND WILLOW, is described by head of design Rebecca Craig as “a captivating, colorful scene of enchanting wildlife, stylized trees, and delicate florals that pays homage to both William Morris the man and his remarkable designs.” The anniversary collection consists of 42 fabrics and 67 wallpapers, celebrating the company’s nostalgic nature scenes and its leadership in the Arts and Crafts movement.

The town of Ashland, which is surrounded by 3.4 million acres of forest land, has launched a development initiative called ORIGINAL MASS TIMBER MAINE, the aim of which is to build markets for structural round timber. SRT products are up to 50 percent stronger than milled lumber, and they sequester carbon at a higher rate than other wood projects. The product is used for columns, beams, and other structural features, and it makes use of timber that may not be suitable for milled lumber. The three-year project, which is funded by a grant from the NORTHERN FOREST CENTER and the FOREST OPPORTUNITY ROADMAP coalition, aims to create a sales pipeline for the Ashland area, developing the local economy in a sustainable manner while utilizing available resources. 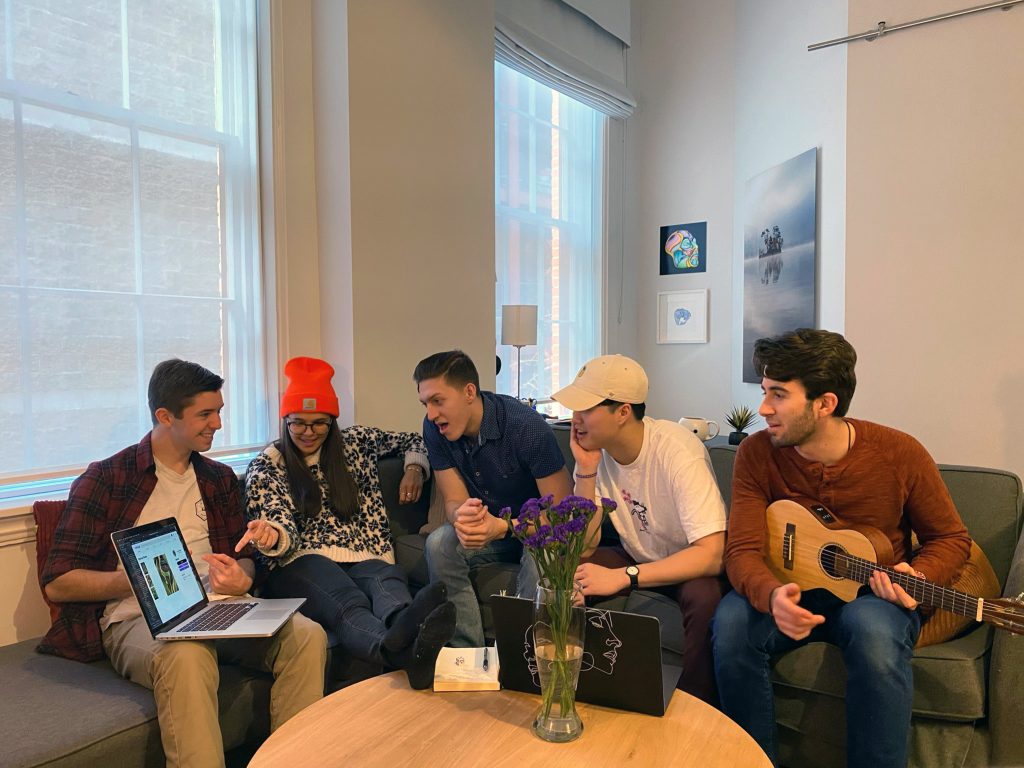 The art world is notorious for its hurdles. Purchasing original, one-of-a-kind artwork has become increasingly inaccessible, with even small galleries marking up prices by 50 percent, and young emerging artists are often drowned out by their professional competitors. Enter THE CUBBY, the first ever college art marketplace that aims to connect budget conscious consumers with student artists. Every purchase made at the Cubby goes entirely to the artist, with no hidden fees. The Waterville startup was begun by five college students—Matteo Cugno, Josh Kim, Anthony Speros, Olivia Wandres, and Domenico Ottalia—and recently won the MAINE CENTER FOR ENTREPRENEURS’ TOP GUN SHOWCASE AWARD, a $25,000 prize. The judges for the prize were Patrick Arnold, cofounder and CEO of New England Ocean Cluster; Jay Friedlander, Sharpe-McNally Chair of Green and Socially Responsible Business at College of the Atlantic; and Beth Shissler, president and chief sustainability officer at Sea Bags. 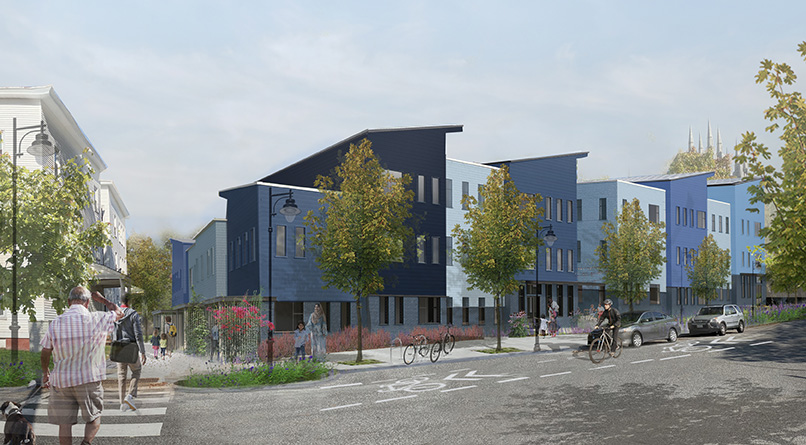 LEWISTON, one of Maine’s most economically challenged cities, beat out Detroit; Cleveland; Camden, New Jersey; and Fort Myers, Florida, for a $30 million national grant that will pay for major improvements in housing, education, and healthcare. The CHOICE NEIGHBORHOODS IMPLEMENTATION GRANT, which is awarded through the U.S. Department of Housing and Urban Development, is designed to reshape neighborhoods that are dealing with high poverty rates, inadequate schools, poor health, and high crime. One of the fundamental focuses of the plan is creating 185 units of energy-efficient, safe housing for the Tree Streets neighborhood. “We’re fortunate to have had hundreds of citizens engaged in this,” Economic Development Director Lincoln Jeffers told Mainebiz in May. “It’s not about City Hall saying, ‘Here’s how to fix your neighborhood.’ It’s about the citizens envisioning what kind of neighborhood they want to have.” 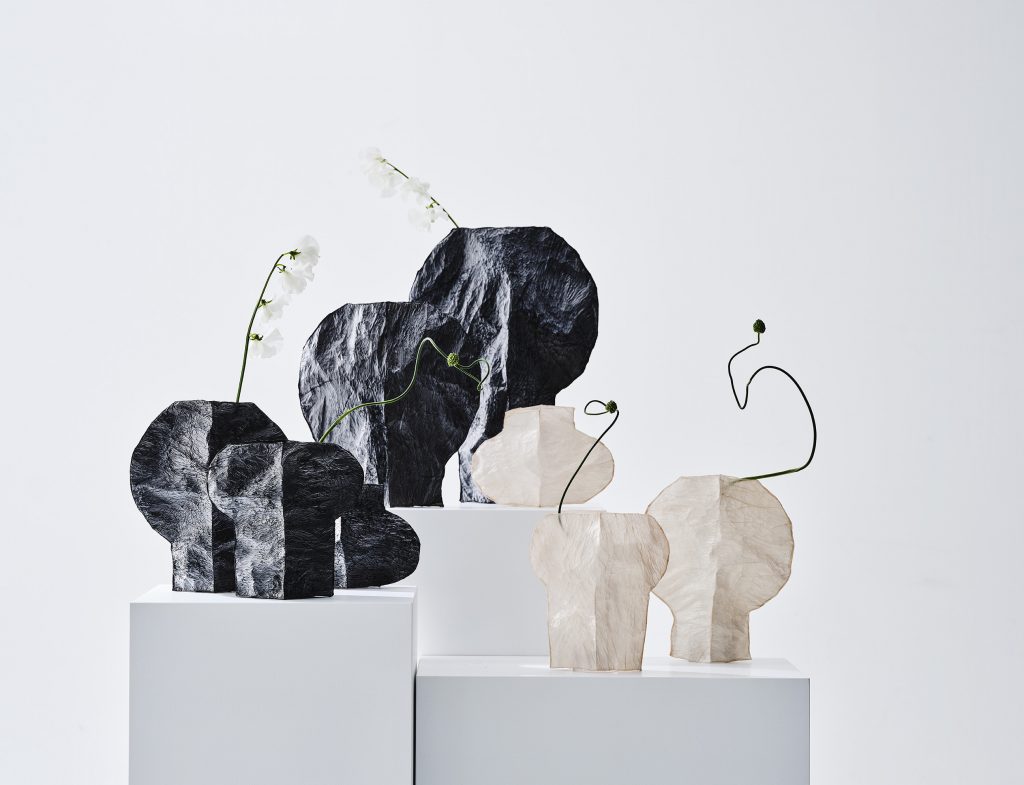 Have a drawerful of old plastic bags? Apparently so did Seoul-based designer JISUN KIM, who decided to transform hers into elegant, semi-opaque vases. Her POLY SERIES won the 2021 LEXUS KOREA CREATIVE MASTERS AWARD. To construct the black and white 3D vessels, Kim uses a hot press technique, ironing the pieces of plastic with a cloth on top, much like one would iron a fragile fabric. She then cuts the shape she’s going to use and fuses the edges together with heat. “I wanted to show the value of craftsmanship that only humans can make,” Kim told Design Milk in June. “To show people the potential of turning thrown-away plastic bags into vases with lifelike textures.” Kim’s work can be found at studio-round.com. 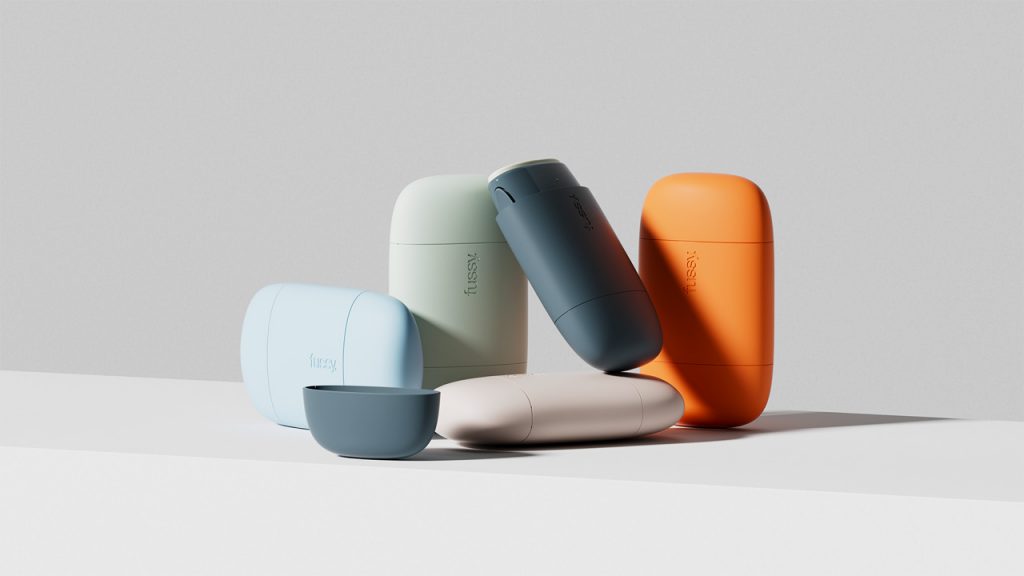 We have subscription services for everything from food to face wash, so why not add deodorant to the mix? FUSSY is a refillable natural deodorant from the United Kingdom designed in collaboration with London studio BLOND to create a circular system that will help banish single-use plastics from the bathroom. The case, which is made entirely from recycled plastic and can also be recycled as is, was designed by Blond founder James Melia to “mimic the look of an ocean-worn pebble,” he told Dezeen. The compostable deodorant blocks slide into the reusable case, and when one runs out another can be inserted. They are free from aluminum and parabens and are 100 percent vegan; they arrive in the mail via envelope and fit neatly into the case’s minimalist matching dish.

Proposals were due on June 16 for companies interested in launching a PUBLIC BIKE-SHARE PROGRAM in Portland. The trial, which will begin by June 2022, can target the entire city or a smaller area to start with; can use traditional as well as electric bikes; and can be dockless, station-based, or a combination of the two. The selected company will
be responsible for system planning, permitting, design, equipment purchases, construction and installation, pre-launch and ongoing marketing, operations and maintenance, ongoing customer service, financial transaction handling, dispute resolution, and evaluation and reporting. The city, which has been exploring the idea of a bike-share program since 2012, anticipates the first year of the program will be a provisional pilot period with possible extensions subsequent to agreement by both parties.

THE MAINE UNIFORM BUILDING ENERGY CODE, the state’s set of energy codes for new homes and commercial buildings, has been overhauled. Taking effect on July 1, the new rules call for added insulation and air-sealing procedures, making buildings more energy efficient. With this sector being responsible for nearly one-third of greenhouse gas emissions, the revisions are an important piece in the state’s effort to fight climate change. The new requirements will add to the cost of new construction, but according to the Portland Press Herald, an economic analysis done for the U.S. Department of Energy estimated the added cost to homeowners would be recouped in fewer than three years and would result in a net annual savings of $722. Training webinars for residential and commercial builders are available through EFFICIENCY MAINE, and builders can download software from the Department of Energy called RESCHECK to help with calculating the cost of the new requirements.