Ten Maine arts and culture organizations have received grants from the NATIONAL ENDOWMENT FOR THE ARTS. The grants, totaling $981,800, were given to the Maine Arts Commission, Engine, Points North Institute, Haystack Mountain School of Crafts, Ogunquit Playhouse Foundation, Creative Portland Corporation, Portland Ovations, the Telling Room, Cultural Resources, and Terra Moto (also known as Art at Work). “A nearly $1 million investment in these ten creative organizations will go a long way to spur economic growth, draw tourists to our state, and ensure artists want to live and create in Maine,” says U.S. Representative Chellie Pingree in a news release announcing the awards.

The little town of ISLAND FALLS has begun a plan for economic development. Economic decline began shortly before the town’s biggest employer, a starch mill, closed in 2009. Currently, the town has no public sewer. Island Falls sits on two lakes with the Mattawamkeag River behind it, making it difficult to have a sewer system, but creating one will allow for greater development. The U.S. DEPARTMENT OF AGRICULTURE has granted $40,000 for a sewer system feasibility study. A $125,000 grant from the GLORIA C. MACKENZIE FOUNDATION will help with updates to the municipal building, a multiuse facility that includes a gym, meeting room, and town office. The town is also working to build a river walk that would bring visitors and residents out to a small island in the Mattawamkeag. 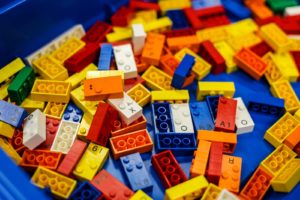 The LEGO FOUNDATION and the LEGO GROUP have teamed up to create BRAILLE BRICKS: LEGOs for the blind and visually impaired. The set has 250 pieces that cover the alphabet, numbers zero through nine, and some math symbols, too. The bricks were also designed with teachers and sighted children in mind—a printed letter or character identifies each block; all Braille Bricks are compatible with standard LEGOs. With the rise of computer programming and audio books, braille is not being taught as often. But, according to Philippe Chazal, treasurer of the European Blind Union, “Braille users often are more independent, have a higher level of education, and have better employment opportunities.” Braille Bricks will be tested in Danish, Norwegian, English, Portuguese, German, Spanish, and French before the final kit is launched in 2020. 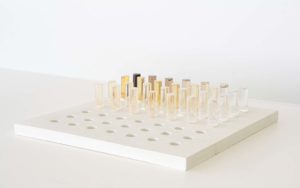 MEDIATED MATTER GROUP, a design group seeking to enhance the relationship between man-made objects and the natural environment, has infused glass with synthetic melanin. The project, called TOTEMS, was designed for Broken Nature: Design Takes on Human Survival, an international exhibition that focuses on the concept of restorative design and how humans connect to their natural environment. Melanin is the pigment found in skin, hair, eyes, and fur, and ranges in color from yellow to brown. By infusing glass with melanin, a window becomes darker or lighter in response to the sun, much like skin. Currently, the infused glass only exists in series of small spheres that have channels filled with liquid melanin, but the goal is to one day infuse large pieces of glass to function as a transparent and adaptive architectural element. 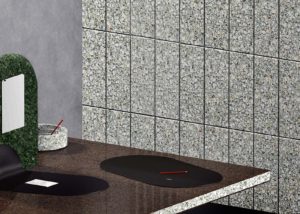 Sunflowers have long been harvested for their seeds and oil. Their stalks, however, were always left to decompose in fields. Netherlands-based designer THOMAS VAILLY of STUDIO THOMAS VAILLY has found a way to repurpose this organic “waste” into something useful and sustainable. Vailly’s objective was to use every part of a sunflower, with no added ingredients. “Being so specific and constrained allows for exciting findings,” he says in an interview with Dezeen. Vailly’s intention was to create a sustainable material, a nonsynthetic binder, and a nontoxic varnish from harvest leftovers. Through using a concentrated substance that remains after extracting oil from the seeds, Vailly has created an animal feed, which can also be turned into a water-based glue or heated and pressed into a material that resembles leather. His hope is to one day create a wide variety of products from sunflowers, including packaging, disposable utensils, office furniture, and acoustic paneling.

Belfast-based building product manufacturer GO LAB has received two grants to help further its mission to transform North America’s insulation market. The grants, $750,000 from MAINE TECHNOLOGY INSTITUTE and $250,000 from the U.S. FOREST SERVICE’S WOOD INNOVATIONS grant program, were both awarded in the spring of 2019. GO Lab is working to create the first facility in the United States to create wood-based low-density fiberboard insulation. The insulation is made from soft woodchips and is renewable, recyclable, and nontoxic. The production facility will take over the former UPM paper mill in Madison and will create 100 jobs. The funds will also support market education to help customers understand GO Lab’s products.

A long-abandoned corner in LISBON is being transformed into a park. GRAZIANO SQUARE, once home to the longstanding Graziano’s Casa Mia Restaurant, has sat empty since the restaurant was demolished in 2013. The town of Lisbon now has a comprehensive plan for the vacant ingress to town. The park has been allotted $75,000 for development and will be equipped with a gazebo for live music and an information kiosk about local trails and recreation opportunities. Ten new parking spaces will be created for village businesses, along with an area for food trucks and vendors. The park will also be outfitted with industrial fencing so it’s pet- and family-friendly. For now, there is no specific timeline for completion, but park construction began in late spring.