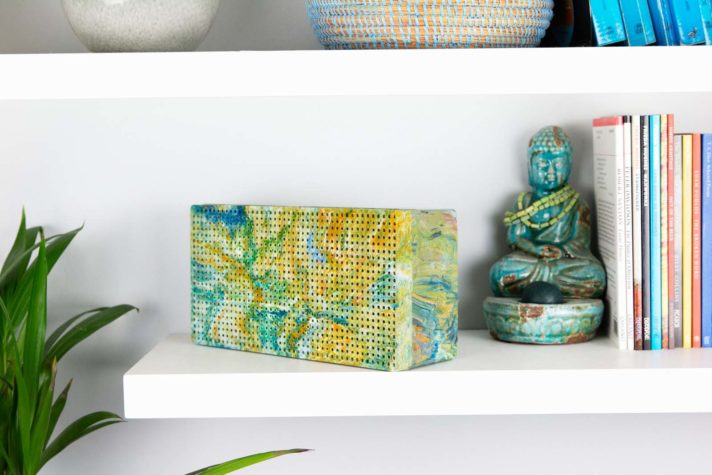 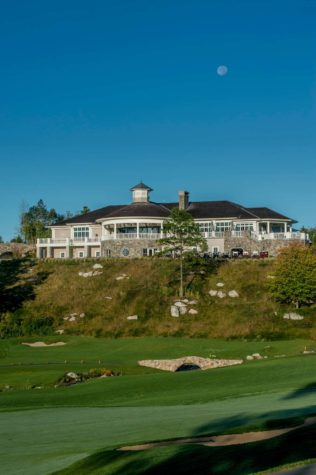 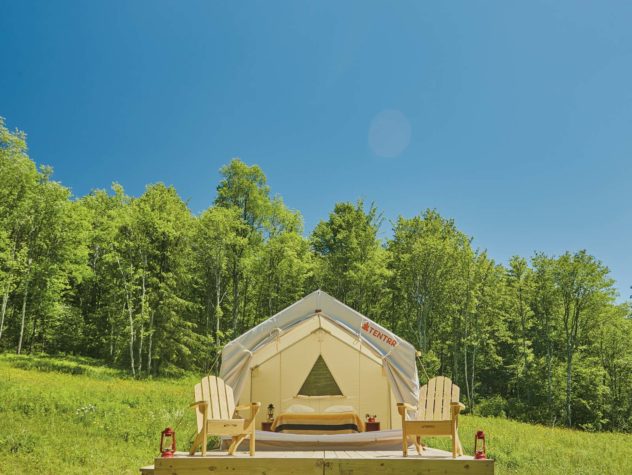 MAINE DEPARTMENT OF AGRICULTURE, CONSERVATION, AND FORESTRY and TENTRR 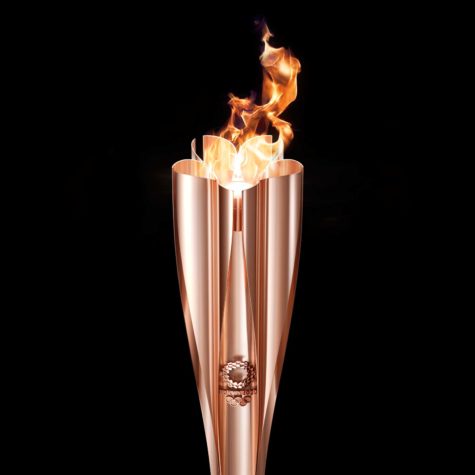 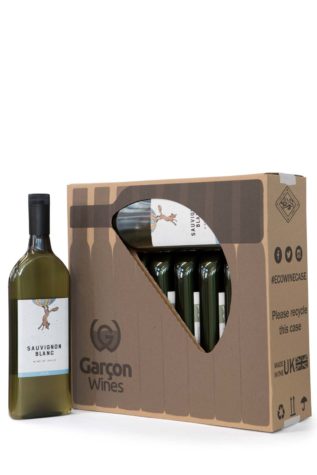 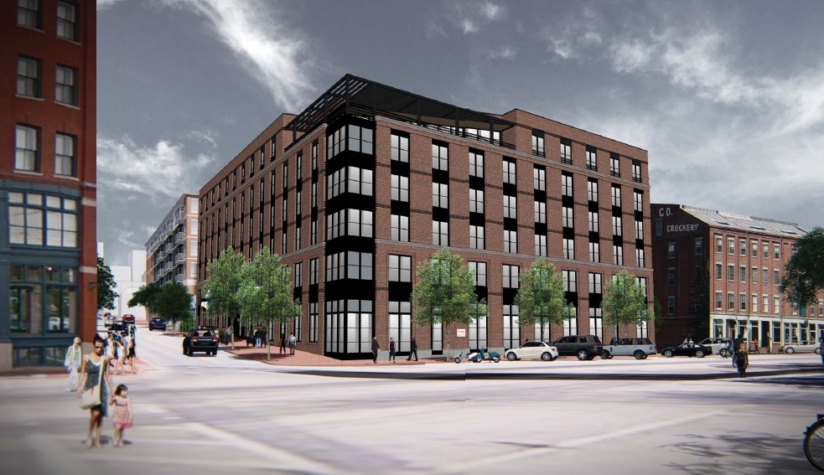 Brighton, U.K.–based design studio GOMI has found a use for discarded single-use plastics. Plastic waste is an ever-growing issue, and Gomi was seeking a solution; they have been able to transform nonrecyclable, flexible plastic waste into an easily workable material, and with it the design studio has created Bluetooth speakers. “With our Bluetooth speakers, we want to intercept a waste stream that would otherwise be landfilled or incinerated,” says Gomi’s cofounder Tom Meades in an interview with Design Milk. Every speaker takes about 100 plastic bags to make, and each one is hand-marbled so no two are alike. The project is currently being crowdfunded on Kickstarter.

Bar Harbor’s iconic CRITERION THEATRE has received funding to replace its dated sound system. In addition to the sound system, the theater will also receive updates to its lighting and HVAC systems. Mark Tipton, Criterion’s development director, says in a news release, “We wish to improve the efficiency of our productions and the overall quality of our live performances and film screenings for the benefit of all of our patrons.” Currently, the theater must rent sound and light systems for their large-scale productions, which costs $40,000 a year. Criterion is one of two Art Deco theaters in Maine and the only one with its original auditorium still intact. Seattle-based TEW FOUNDATION and JUNIPER FOUNDATION are supporting the renovation.

Every spring the MAINE REAL ESTATE AND DEVELOPMENT ASSOCIATION (MEREDA) celebrates real estate growth and development throughout the state. Development projects that meet certain criteria are recognized and awarded. KNICKERBOCKER GROUP’s project, the BOOTHBAY HARBOR COUNTRY CLUB, received one of MEREDA’s six NOTABLE PROJECT AWARDS based on the criteria of being unique, environmentally sustainable, and energy-efficient, as well as for its social and economic impact, level of difficulty in development, and job creation. MEREDA is Maine’s leading organization of commercial real estate owners, developers, and related service providers.

For those who don’t enjoy traditional camping, the MAINE DEPARTMENT OF AGRICULTURE, CONSERVATION, AND FORESTRY and TENTRR, an outdoors start-up, have partnered to bring “glamping” to Maine. The idea behind glamping is to get hotel-happy people out in the woods to experience elevated camping in one of Maine’s many state parks. Ten fully equipped campsites will be installed in seven to ten state parks, each secluded and surrounded by the best of Maine’s beauty. Tentrr’s sites are stocked with a canvas tent on a raised platform, a bed or cot, a woodstove, fire pit, grill, picnic table, and benches, and a sun shower and camping toilet.

The Portland planning board has approved a new complex for artists and craftspeople on the western waterfront. Developer CYRUS HAGGE is working with architect TRACIE REED to create a four-story center for artists and craftspeople who are being displaced by Portland’s rising prices and gentrification. “What is happening right now is people are being pushed out of their arts studios and their manufacturing places. We want a space for people to work,” Hagge told the Press Herald. Individual rooms will range from small studios to 4,000-square-foot manufacturing floors. The new 17,500-square-foot space will be energy-efficient and located near the Veterans Memorial Bridge on Cassidy Point Drive.

Japanese designer TOKUJIN YOSHIOKA has redesigned the 2020 OLYMPIC TORCH. Yoshioka used aluminum waste from temporary housing that was created after Japan’s devastating 2011 earthquake and tsunami as a way of “transforming materials that witnessed the rebuilding of shattered lives into a symbol of peace,” he says in an interview with Design Milk. The design of the rose-gold torch was considered from every angle—it is easy to grip, and the front of it is clearly indicated for the visually impaired. The handle of the torch splits into five sections to mimic a cherry blossom, which is Japan’s flower. Each individual section, representative of a single flower petal, releases its own flame to join as a larger flame, another symbol of peace and unity embedded in the design.

GARÇON WINES has found an environmentally friendly way to package and ship wine bottles. The British company, which manufactures flat wine bottles, has created a way to ship ten bottles in a case that would typically hold four standard bottles. Inside, eight bottles sit vertically with two resting horizontally across the others’ bottlenecks; this eliminates dead space in packaging, cutting down on transportation costs and carbon emissions. By reinventing their packaging, Garçon Wines has been able to double the amount of wine that can fit onto a single pallet. A pallet stocked with standard six-bottle cases can hold up to 456 bottles; a pallet of Garçon Wine cases can hold up to 1,040 bottles.

FATHOM COMPANIES, a hospitality and real estate development company, and CANOPY BY HILTON have partnered to develop a new waterfront hotel in Portland. Fathom Companies president Jim Brady chose to collaborate with Canopy by Hilton because of its focus on local neighborhoods and their involvement in the local arts, food, and culture scenes. The new building will be located on the corner of Commercial and Center Streets overlooking Casco Bay and will have Portland’s first indoor– outdoor rooftop bar. The 135-room hotel will be developed and managed by Fathom with interior design firm EALAIN STUDIOS designing the space. The project is slated to break ground this fall and be completed in spring 2021.

The iconic typeface HELVETICA just got a makeover. The change was deemed necessary by MONOTYPE, the largest type company in the world and the current owner of Helvetica’s licensing rights. An article from Wired states Monotype director Charles Nix doesn’t like Helvetica—the kerning isn’t even, the letters are difficult to read when small, and punctuation marks often have to be altered to evenly flow with the rest of the text. Nix isn’t alone in this feeling. In recent years, major companies who previously used the typeface, such as Google, Apple, and IBM, have replaced it with their own Helvetica-style fonts, minus the issues. HELVETICA NOW is the modern-day solution. All 40,000 characters have been updated to be legible, even, and concise. Helvetica Now comes in three versions: Helvetica Now Micro, for use on small screens; Helvetica Now Display, for even kerning in larger type; and Helvetica Now Text, which incorporates more white space for greater legibility. 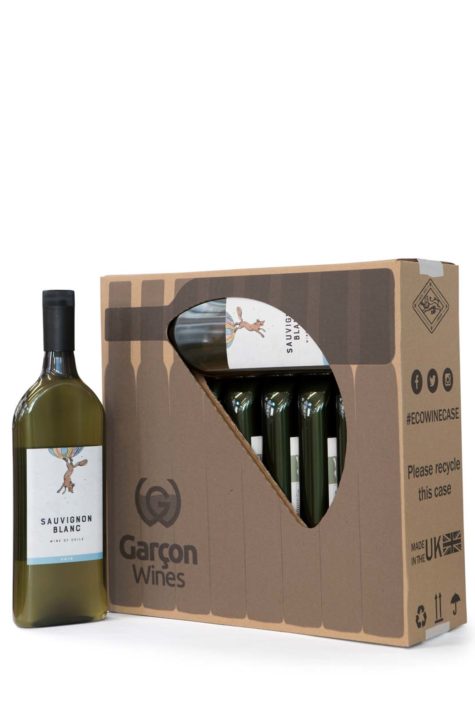