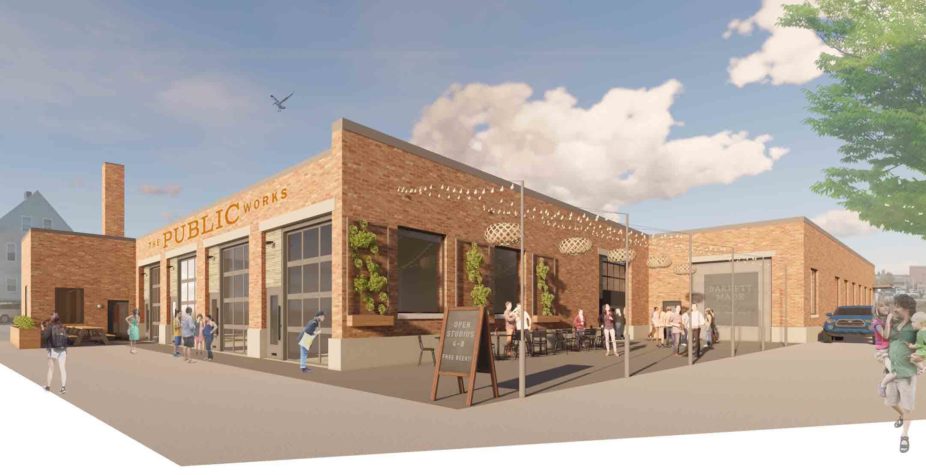 The Public Works, Barrett Made 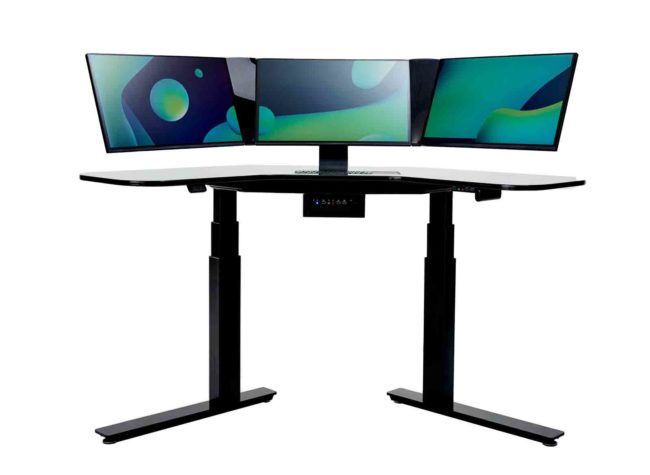 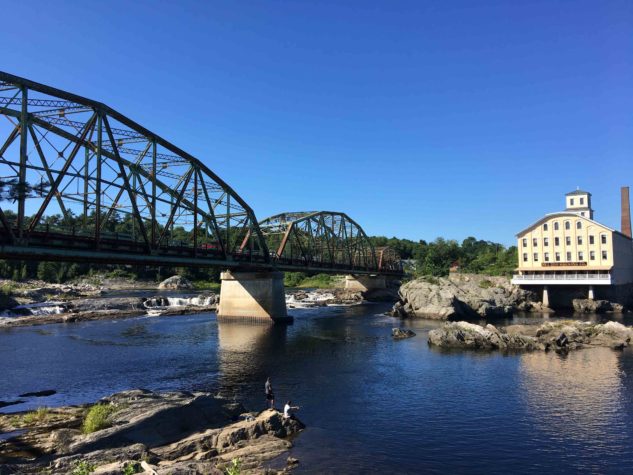 Commercial flooring brand Shaw Contract and Swedish studio Form Us With Love have partnered for the first time to create modular carpet tiles. The newly designed collection, called Inside Shapes, goes beyond the ability to change pattern and color. Rather, these carpet tiles come in a variety of geometric shapes—square, diagonal, point, and curve—with 12 color choices that range from light to dark shades. For those overwhelmed by the endless options, there are 17 preset styles that combine a variety of shapes and colors. Shaw Contract has also created a digital tool that gives designers and consumers a chance to preview all of the possible configurations; it starts with a blank canvas and allows users to arrange the tiles in any way that they see fit. The 24-inch-square tiles were originally designed as a way to liven up commercial spaces, but they work for residential areas just as well.

Luke’s Lobster is now in a long-term lease at 60 Portland Pier, where the business will allow commercial lobstermen and fishermen to dock their boats at the wharf to directly sell 100 percent of their sustainably caught seafood to Luke’s. All of the seafood will then be processed at the company’s Sacobased location and be steamed, packed, and shipped directly to customers around the world. While in their lease, Luke’s Lobster hopes to improve the pier for docking by adding new floats equipped with water and electric. The company also hopes to improve public access to the waterfront through the already established Harborwalk Trail. Rumors of Luke’s Lobster opening a restaurant in the adjacent empty building have been discussed, but for now only plans to update the pier have been finalized.

South Portland has adopted a $1.2 million plan to repair and improve the city’s current pier, which has been city-owned since the late 1800s. The redevelopment plan to revitalize the long-neglected Portland Street Pier aims to rehabilitate and expand the existing pier structure, storage building, and 15 boat slips on seasonal floating finger docks; the existing jetty is expected to be repaired as well. Expanding the pier will allow room for six new parking spaces, installation of a crane to improve loading capacities, a new cold-storage unit, and a new shellfish wash-and-sort table. The initial rehabilitation of the pier is low-budget, but the city hopes that the design will allow for continued future additions and improvements. Design work will be finalized in December 2019, and construction is expected to begin in March 2020.

Plans are being pursued to replace the Frank J. Wood Bridge that has connected Brunswick and Topsham for 86 years. In preliminary plans, the new bridge would have an open design and would be situated just upstream of where the current bridge lies. Five-foot sidewalks and five-foot shoulders are planned for either side of the travel lanes; the current travel lanes have two-foot shoulders only. Maine Department of Transportation’s decision to move ahead with the replacement of the Frank J. Wood Bridge was based on cost. The overall cost to build and maintain a new bridge will be around $30.3 million; the overall cost to repair and maintain the green bridge would be around $50.2 million. Residents of Brunswick and Topsham have not taken lightly to the news of the historic bridge’s replacement, so a design committee is hoping to add a park to the Topsham side of the bridge that will incorporate pieces of the old bridge as a way to honor its history.

The first-ever all-in-one work station has been released by technology company Cemtrex. The SmartDesk has combined three 24-inch touchscreen monitors, leaving behind the usual tangle of wires to create a 72-inch megascreen, all on an adjustable standing desk. This innovative work space comes equipped with a 13-megapixel scanner, a built-in keyboard and trackpad, a Bluetooth phone, and a wireless phone-charging system that runs across the surface of the desk. The SmartDesk runs on a touchless operating system, allowing the user to work at their desk using only a few simple gestures for navigation; it also has monitors angled upward, toward the user, for a more immersive experience. The desk is currently available for use only with a Windows/PC operating system, but Cemtrex is hoping it will become the next workplace must-have.

Ouellet Construction is in the process of building a new multiuse facility in Brunswick for the All Saints Parish. Once fully constructed, the new center will be 15,074 square feet and will be an open space to be used as an auditorium, a cafeteria, and a gym, among other uses. The facility will be fully equipped with locker rooms, a music room, a meeting room, a complete kitchen, and a stage for hosting concerts and plays. The building is being constructed on Saint John’s Catholic School’s campus and will provide the first proper gymnasium for the school in over 130 years. The multiuse facility belongs to the Catholic diocese, but the hope is that the building will be used not only by Saint John’s students but by the community too; all are welcome. Construction is on track to be completed by the end of this year, with the facility opening in the early months of 2019.

British designer and manufacturer of wallpaper and home decor Graham and Brown has teamed up with acclaimed producer Brian Eno to create a new collection of wallpaper. The designs in the collection are called Flower Mask Blue Wallpaper and Flower Mask Jade Wallpaper, and they visually transition from a mix of bold patterns to a unified design as you step farther away from the wall. Throughout the design process, Brian Eno says, he thought of wallpaper as an “ambient painting…a kind of music to be played on walls.” The production process of the Brian Eno Collection aims to reduce its environmental impact: for every tree used in production, three are planted, and the wallpaper is printed with water-based ink.

The island community of Isle Au Haut is working to achieve its longtime goal of obtaining electricity from an island-based solar-powered microgrid. Currently, the island is getting its electricity from a 35-year-old underwater cable that extends from Stonington, six miles away. The original plan to switch from the aging cable to solar power for the islands’ 140 residents was proposed three years ago—the community is hoping to make the switch for less than $1.7 million, which would be the total cost of replacing the cable. The concept plan for the microgrid, created in collaboration with companies Introspective Systems and Dynamic Grid Systems, consists of an assortment of generators and storage systems spread throughout the island that will keep lights on when the cable eventually fails. The environmentally friendly solution’s ultimate goal is to keep energy costs at an affordable level for all of the islanders.

Opening this month, The Public Works is a new collaborative work space created by construction company Barrett Made. Built with the goal of establishing a creative hub where designers and craftspeople can easily create and collaborate and where people within the community can come together and learn from each other, all under one roof, the new space offers built-to-suit studio space, office space, event space, and a large workshop space. Previously, the building was occupied by Portland’s traffic division’s sign shop; it has since been stripped of its old internal layers, exposing brick and steel beams, which give the space a clean, industrial feel. With phase one complete, phase two is set to kick off in about two years. Plans for phase two include constructing a 12,000-square-foot market-rate apartment building that will house 25 residential units. 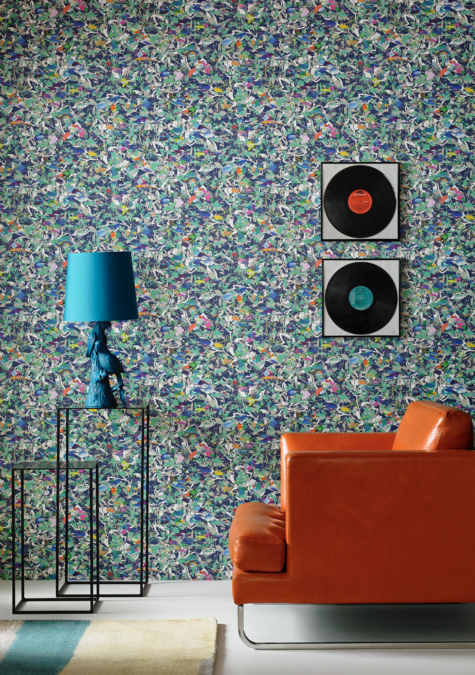 Graham and Brown and Brian Eno 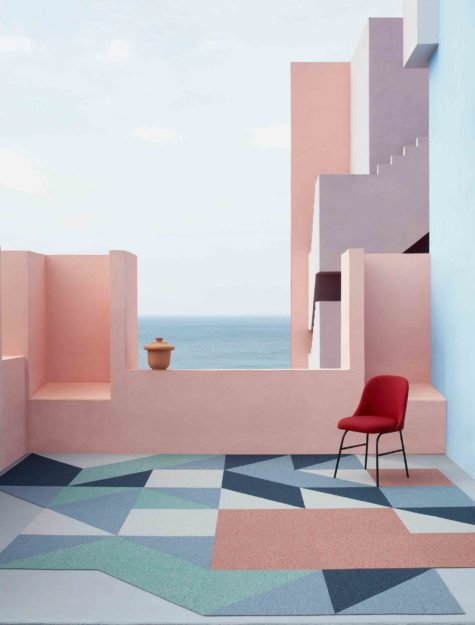 Shaw Contract and Form Us With Love