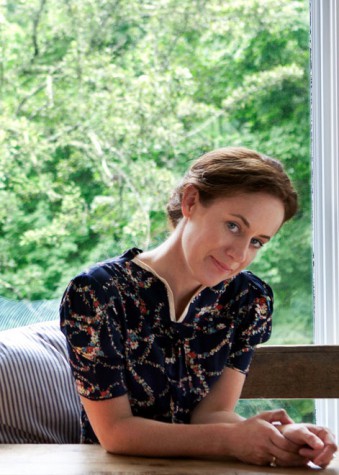 Cig Harvey is an award-winning, internationally acclaimed photographer, who has shown her work in solo exhibitions in locations such as New York City; Los Angeles; Boston; Rockland; Oslo, Norway; and Phoenix, Arizona. She has worked with several high-profile clients including Harper’s Bazaar Japan, Kate Spade, New York Magazine, Bloomingdale’s, the Royal Shakespeare Company, and Ralph Lauren. Harvey has published two books: You Look at Me like an Emergency, published in 2012, and Gardening at Night, published earlier this year. She lives in midcoast Maine with her husband and daughter, and is represented by Dowling Walsh Gallery in Rockland. 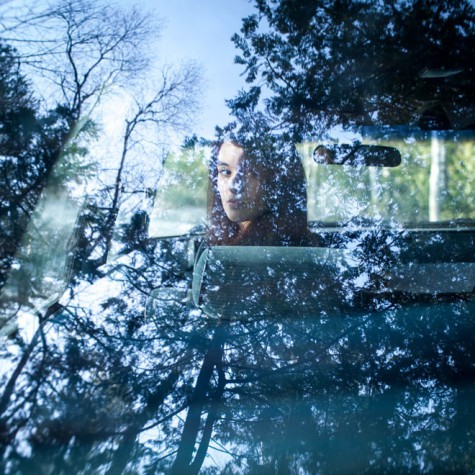 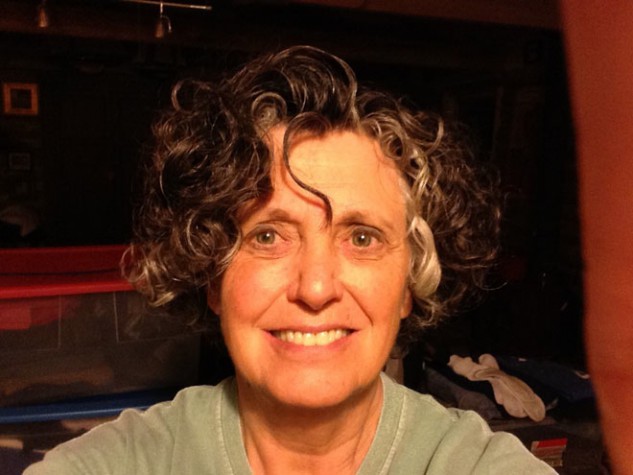 Carol Wiley earned her BA in art history from Mary Washington University, MA in special education from George Washington University, and doctorate in education from Boston College. After a career in K-12 and special education, Wiley retired to Maine in 2004 to pursue art full-time. She has participated in several solo and group exhibitions at galleries such as River Arts in Damariscotta, Saltwater Artists Gallery in Pemaquid, Harlow Gallery in Hallowell, Tidemark Gallery in Waldoboro, and Maine Art Gallery in Wiscasset. She is a member of Plein Air Painters of Maine, and is affiliated with Saltwater Artists Gallery, Harlow Gallery, and River Arts. 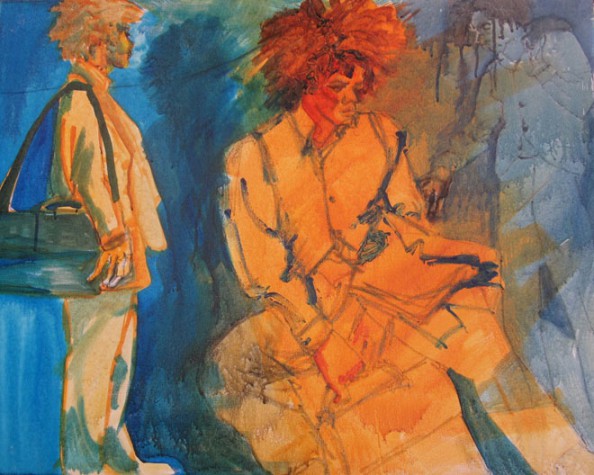 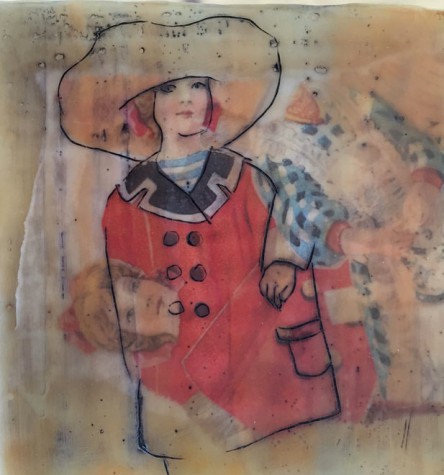 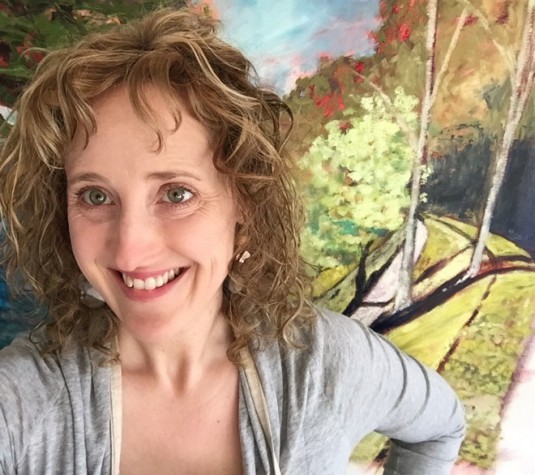 Hélène Farrar earned her BA from the University of Maine and MA from Vermont’s Goddard College. She has taught art classes from preschool to university level, and currently teaches workshops and classes through her private art school, which she operates out of her studio. Farrar has participated in many exhibitions throughout Maine, as well as in New Hampshire, Vermont, Massachusetts, and Connecticut, and is represented by Stable Gallery in Damariscotta, Archipelago Fine Arts in Rockland, and the Center for Maine Craft in West Gardiner. She lives in Manchester with her husband and daughter.

Layered imagery offers visual interest, but it also facilitates an interaction with the viewer, as he or she is compelled to delve deeper into an artwork’s meaning. Hélène Farrar, Carol Wiley, and Cig Harvey place the figure in this context, inviting myriad interpretations.

Farrar lives and breathes art. Born into an artistic family, creativity was a vital part of her upbringing. It is not surprising, then, that she works in a variety of media and experiments with different techniques and styles. Primarily employing oil, encaustic, and watermedia on hard surfaces, rather than canvas, Farrar creates works with vigorous texture. The hand of the artist is very much in evidence, with sometimes “aggressive” marks embellishing the surfaces of her art, made using such eclectic implements as “vintage letter openers, African porcupine quills, dental tools, and most certainly my fingers,” Farrar says. She enjoys the physical “interaction” she has with the work, and the “beautiful surfaces” that result. In making marks or actually scraping away at the paint, different layers are alternately revealed or concealed. “It leaves a certain amount of ambiguity for the viewer,” says Farrar. “I like to leave that obscurity.”

Farrar and her husband bought an 1850s farmhouse to use as a workspace, and in it they found a box filled with hundreds of paper dolls. “To make peace with the house, I embarked into researching paper doll collecting and created a series of encaustics based on this work,” she explains. The translucence of encaustic lends itself well to the layers of Girl with Hat, and the painting’s diminutive size makes it an ideal vessel for the tiny “dolls” the piece depicts. A girl in a bright red coat and wide-brimmed hat is the focal point, but other figures emerge, vying for attention. Farrar’s homage to a bygone tradition forges a connection to history on an intimate level. “It’s nice to be tied to someone else’s stories,” she says. “A lot of my work is about that.”

“I like to say that painting feeds my soul,” says Wiley, who finds “freedom” in the exploration of color, shape, and movement. She uses myriad media, from oil and acrylic paint to collage, creating a variety of textural and dimensional effects. Her use of color is dynamic and bold: peacock blue dances with deep red, and vivid orange punctuates moss green. “I like to push color and boundaries beyond reality,” says Wiley. “While working I look for places to balance colors, apply translucency and opacity, to block and to build the forms and depth of colors, and to add collage and linear aspects.”

With The Traveler, Wiley’s goal was to create a successful composition using a limited palette of complementary colors; the coolness of cobalt blue tempers the warmth of bright orange. The Traveler was painted from life, like the majority of Wiley’s work, but she was focused more on the process of painting than the subject. “It wasn’t until I was almost finished with the piece that I knew the painting was about traveling,” she says. But there is a degree of “ambiguity,” which Wiley brings to most of her figurative work, allowing viewers to apply their own interpretations.

Harvey became “hooked on photography at a really young age.” She recalls her fascination with “using imagery as a way of telling stories.” “So at 13 I started working at a community darkroom, and from there one thing led to another.” Storytelling is Harvey’s “primary inspiration,” as she is less concerned with representation than with creating an emotionally resonant narrative within her photographs. Inspiration comes from a variety of sources—secrets, thoughts, overheard conversations—and she brainstorms ways to transform those ideas into compelling visual stories. “There can be a lot of planning, but once I pick up a camera I try not to rely too heavily on preconceived ideas,” Harvey explains. “If I only make the pictures I think I’m going to make, than the images tend to look contrived and not have the magic I’m looking for. I want my photographs to be a jolt.”

In Kendall at Beauchamp Point, a young woman sits in a car; an overlay of the sky and trees form a lacy veil, partly obscuring her. “I wanted this portrait of Kendall to suggest something primal and instinctual that points to each person’s connection to nature,” says Harvey. The silhouetted trees seem to envelop Kendall, making her nearly indistinguishable from her environment. But, at the same time, her enclosure within the vehicle separates her from the natural world. Kendall at Beauchamp Point is included in Harvey’s new book, Gardening at Night, which explores the themes of “home, family, nature, and time.” “Each photograph and written vignette offers a tactile experience of things that ordinarily seem intangible,” explains Harvey.