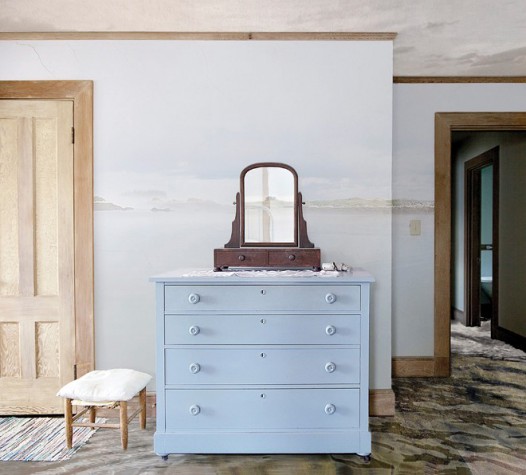 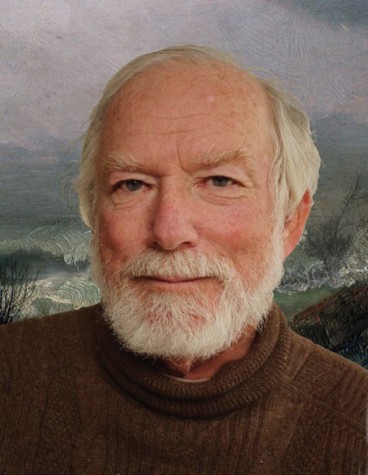 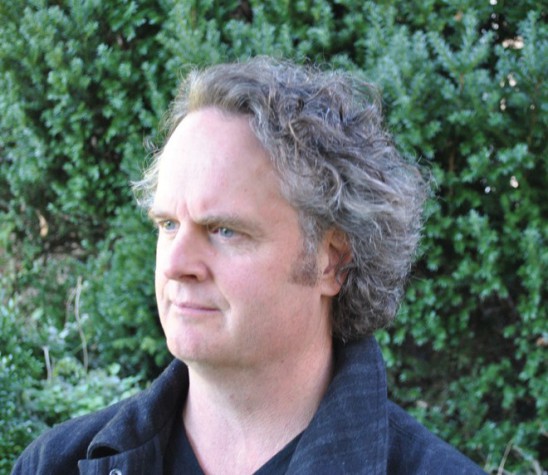 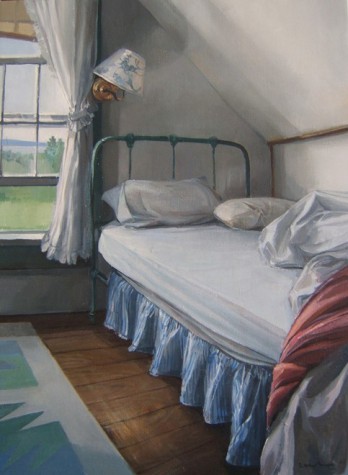 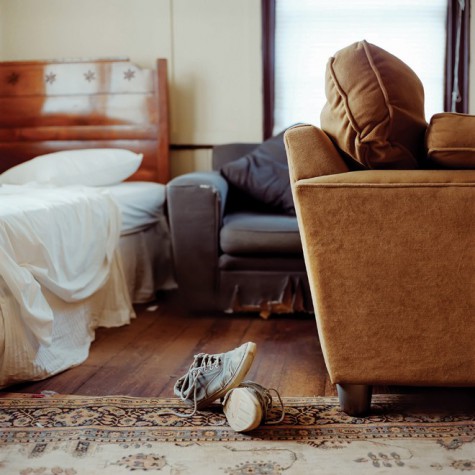 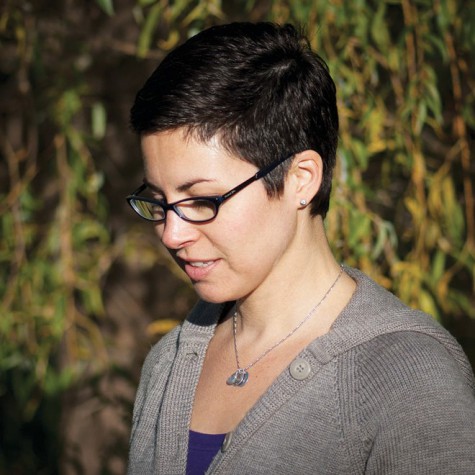 THE CANVAS – January 2014By Britta Konau

Winter has a strange effect on many year-round Mainers. If it weren’t necessary to go to work and to get food once in a while, many of us would probably prefer to hibernate, coop up at home and stay warm with a good book and a cup of something hot. We might even crawl back into bed, because right now, any time seems a good bedtime. Artists Jeffery Becton, Sarah Szwajkos, and Douglas Martenson use a variety of media to depict homes redolent with human habitation but without any actual figure, thus allowing viewers to inhabit the spaces themselves. The selection of bedrooms illustrated here exudes the domesticity and interiority associated with the season up north.

Jeffery Becton was born in Englewood, New Jersey. After studying history at Yale, he received a master of fine arts in graphic design from the Yale School of Art (now Yale School of Art and Architecture). He has exhibited in group shows throughout New England and New York state and has been juried into 11 annual and biennial shows at the Center for Maine Contemporary Art and three Portland Museum of Art Biennials. At the end of February Becton will have a solo exhibition organized by the Maine Museum of Photographic Arts at the Glickman Family Library of the University of Southern Maine. The artist’s work is included in numerous publications on digital photography and imaging, most notably the 2007 Nash Editions: Photography and the Art of Digital Printing. Photographs by Becton are in five museum collections, including the Portland Museum of Art and the New Orleans Museum of Art. He regularly shows his work at the Turtle Gallery in Deer Isle, Elizabeth Moss Galleries in Falmouth, Courthouse Gallery Fine Art in Ellsworth, and VoxPhotographs in Portland.

With a background in graphic design, Jeffery Becton has always been interested in making pictures rather than taking them. He digitally tinted an early- to mid-1990s series of images photographed in Stonington and came into his artistic own when new software introduced the possibility of visual layering. Since the mid-1990s, Becton’s work has become more visually complex, as he digitally integrates images and textures sourced from his own photographs and scans in a fluid process guided more by intuition than a premeditated plan. The resulting digital montages are utterly convincing yet strange scenarios that engender often visceral reactions in viewers and force them to do a double take. “The techniques I use foster visual ambiguities, re-examining the boundaries of mixed media and creating altered realities that merge into images rich in symbols both personal and archetypal,” the artist states.

In these new realities, landscapes merge with interiors, literally bringing the outdoors into the home. Becton works primarily with the interiors of private homes, “because an interior space has so many wonderful ways of being particular with any given kind of light.” Using natural elements rich with associations, like islands and sky, together with manmade forms, Becton explores feelings of existential confusion, loneliness, even fear, but also tranquility and hope. “I try to tease out resonances and amplify them,” he explains, “because life is difficult and unfair and the passing of time mysterious.”

Blue Chest, for which Becton won an honorable mention in last year’s Maine Media Workshops’ contest “Spirit of Place” in the Single Image category, is a typical example of the beauty and unease in his altered interiors. Wall, floor, and ceiling space have been taken over by nature: the entire floor is flooded, clouds occupy the plaster ceiling, and instead of walls the view opens out to a stretch of islands. This home seems not a shelter at all but, rather, exposed to the natural elements. Only a few hints, such as the glimpse of a bed frame in the mirror and a curl of birch bark next to it, allude to the generations of family members who have spent summers in this house, leaving what the artist describes as “layers of patina, real and imagined.” In his version, the home has evolved from a place of containment and protection to one of openness and precariousness. Yet amongst this sense of foreboding and loss prevails an equally strong feeling of the interconnectedness of all life.

A native of Philadelphia, Sarah Szwajkos has been living in midcoast Maine since 1999. She worked for two years for photographer John Paul Caponigro and names Joyce Tenneson and Brian Vanden Brink among her professional mentors. Szwajkos is now a fine art, editorial, and commercial photographer who specializes in interiors and architecture. Recent solo exhibitions were held at the Smith College Alumnae House Gallery in Northampton, Massachusetts, and the Robert C. May Gallery at the University of Kentucky in Lexington. Szwajkos’s work has been chosen for numerous juried and curated group shows throughout New England and in Brooklyn as well. Among her awards are a Good Idea Grant from the Maine Arts Commission in 2009 and a first place in the category of Color Photography at the 2008 Maine Photography Show in Boothbay. Her photographs are in special collections at her alma mater Smith College and in many private homes. Szwajkos is represented by VoxPhotographs, based in Portland.

hile currently exploring still lifes and portraiture, Szwajkos is best known for her 2000 to 2009 series of photographs entitled Personal Space. For this project she would ask friends, and also solicit commissions, to photograph the interiors of their homes. Without making any adjustments other than maybe moving an object for spacing or lighting, Szwajkos let her photographic lens be a mirror of intentional and quite unintentional domestic beauty.

“I’m just really curious,” Szwajkos admits, “and taking these photographs also helped me understand what home means to me.” In Personal Space the artist captures ways in which other people have created homes for themselves and explores the role material objects play in this process. Many of Szwajkos’s images therefore focus on arrangements of cherished items, such as seashells and spools of thread. Others offer glimpses of unusual architectural spaces and examples of unique interior decoration, as many of Szwajkos’s friends are artists themselves. So we find walls painted in highly saturated colors; mattress and bedding on the floor, inside an empty bedframe, on moving day; carelessly disposed of clothes and shoes as highlights of color; and brilliant green dishes in a drying rack. While the images are nothing like quick snapshots but rather carefully composed and executed photographs, they do depict real, lived-in spaces in which wear and tear on walls, floors, and furniture chime with the character of the old houses themselves. The interiors may sometimes not be beautiful in a conventional sense, but they are always highly individualistic. And Szwajkos heightens their aesthetic quality by choosing unusual vantage points to engage depth and focus, by emphasizing textures, colors, and natural or artificial light, and by generally abstracting her scenes.

Sneakers, Chairs, Unmade Bed is a study of warm browns and blues in which open space extends from the furniture in the immediate foreground to the far wall and bed. Our attention, though, is seized by the abandoned pair of sneakers, which the artist found in just this configuration. “I personally tend toward tidiness,” Szwajkos explains, “so when I stumble on something like this, I respond to it with more than an artist’s eye.” Carefully balancing a voyeuristic impulse with one of respect, the artist heightens beauty already planted or exposes it in the utterly mundane.

Born in upstate New York, Douglas Martenson lives in Philadelphia, where he has been teaching at the Pennsylvania Academy of the Fine Arts since 1992, 10 years after he studied there himself. In 2013 Martenson participated in the Academy exhibition The Artist’s Response to Nature: Tonalism, Historical and Contemporary. He has shown his work in many galleries, most located in Philadelphia, Boston, and New York, and has won several awards from the Pennsylvania Council on the Arts and other organizations, including a Pew Fellowship in the Arts. Martenson’s paintings are in many corporate and private collections and can be seen at Courthouse Gallery Fine Art in Ellsworth and the Gross McCleaf Gallery in Philadelphia, where he has had 11 solo shows since 1986.

It is important to Martenson to paint from direct observation using drawings, small paintings, and sometimes photographs as guides. His subjects are drawn from his personal surroundings, which in earlier years included the urban landscape of Philadelphia and animals and junk piles found at local farms. Nowadays, Martenson focuses on landscapes that recall seventeenth-century paintings of the Dutch Golden Age, and interior scenes that may incorporate still lifes and figures. “It is all about what is happening in the world and how I perceive it—the ever-changing light, temperature, and environment,” Martenson explains.

To create moods deeper than the purely visual, the artist brings together tonally related colors in smooth transitions. An overarching formal theme with metaphorical value is the interaction of interior and exterior spaces. Martenson refers to his paintings as portals, “as exchanges between where we are at the time and where we may be going next.” Some of his landscapes thus incorporate what may appear at first to be incongruous interruptions of a pristine environment, namely commercial tents set up for special events. Their ephemerality and simultaneity of indoor and outdoor space are what fascinates the artist. Views from windows and of windows are even clearer indications of the artist’s concern with capturing domesticity and its threshold.

It is thus not surprising that his personal living spaces, wife, and daughter often feature prominently in Martenson’s work. While the interiors are traditionally decorated, the figures, their outfits and poses, add a strikingly contemporary contrast to the images, turning them into an exploration of how we, today, inhabit space. Phoebe’s Room was painted in the Brooklin house the family has been renting every summer for the past 12 years. For this view of his daughter’s private space Martenson employs a few compositional tools learned from the old masters to guide the viewer’s eye on an elliptical route. While the painting is intensely personal, the artist hopes that viewers will experience “a blush of recognition,” envisioning themselves inhabiting this intimate room.