The Portland Society for Architecture and the University of New England collaborate on an exhibition that examines the built environment of Maine’s largest city. 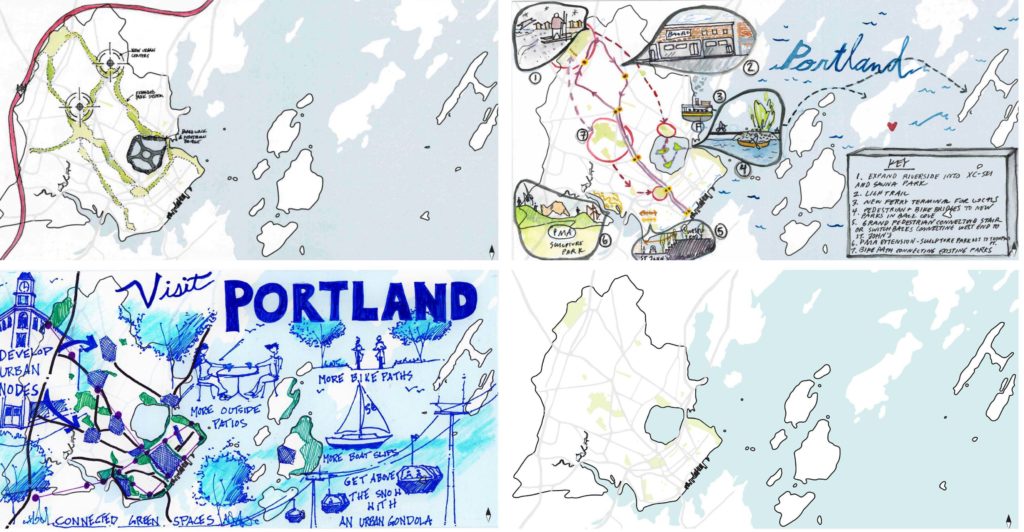 The Portland Society for Architecture (PSA) and the University of New England (UNE) Art Gallery are presenting a collection of works that highlight Portland’s past and consider its future. Opening in October at UNE’s Art Gallery, the roundup exhibition will feature displays of historic maps of Portland from the Osher Map Library; maps from Mapping Portland: The Complete City; submissions from the PSA’s design competition, The Complete City: Imagined; and adjacent programming relative to the Complete City initiatives. 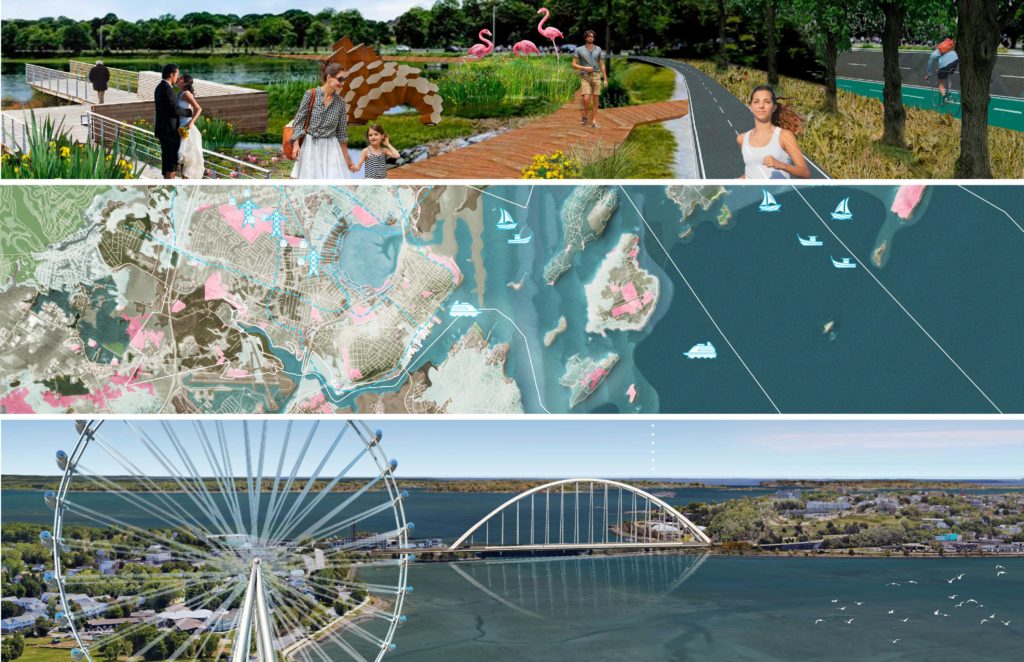 The Mapping Portland: The Complete City initiative is a project developed by the PSA that creates an opportunity for non–design professionals and citizens to provide input into city planning. The PSA has been using blank maps of Portland since 2017 as tools in the initiative. “Mapping Portland: The Complete City provides the platform to collect ideas and inspiration about our city—what we love, what we don’t, and what we can imagine,” says Addy Smith-Reiman, executive director at the PSA. The Complete City: Imagined is a design competition created by the PSA, launched for the first time this year, that asked the public to transform ideas from maps into visual stories that would help to define what a complete city is. “The idea of a complete city can be broken down into a variety of scales, starting with small interventions to complete streets, complete downtowns, complete neighborhoods, and complete regions,” a press release from the PSA states. Currently, more than 350 maps have been completed by high schoolers, senior citizens, and new and longtime Mainers. Each map that has been collected and cataloged tells a unique story and is tied to place and community. “They are honest, wildly imaginative, and extremely inspiring,” says Smith-Reiman. 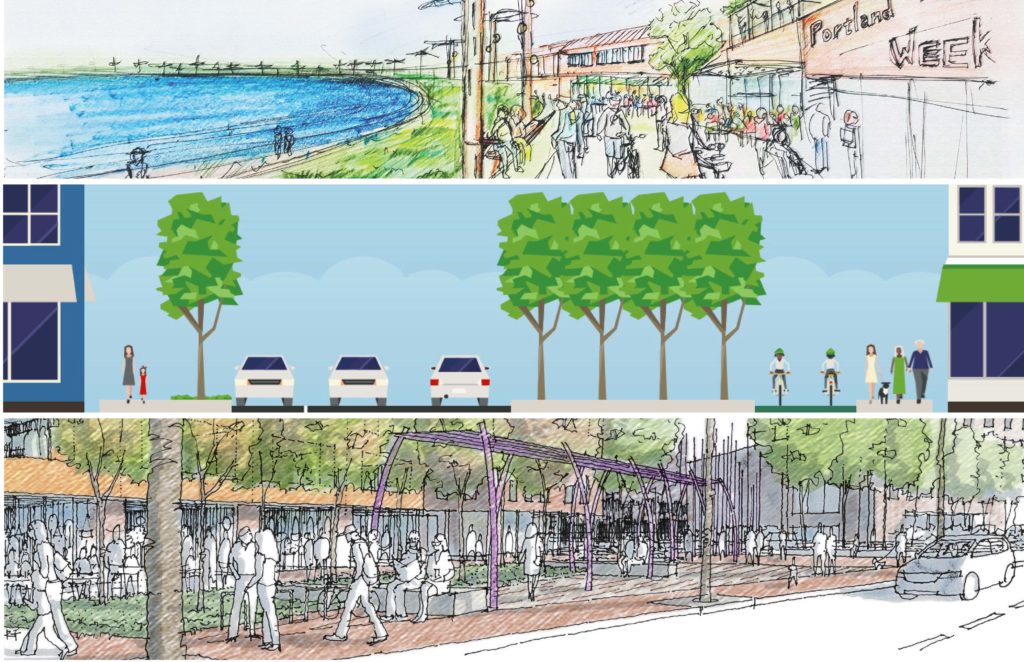 Through the Complete City exhibition and initiatives, the PSA hopes to incite action and inspire citizens to actively participate in their built environments and shape the ways in which they evolve. The opening reception on October 26 will be held on UNE’s Portland campus from 5 to 7 p.m. In collaboration with the exhibition, the Center for Global Humanities at UNE is hosting The City: Sensed, Imagined, and Realized: a lecture with Tim Wallace, former cartographer for the New York Times, on November 4. The exhibition will be on view from October 24, 2019 until January 31, 2020. Maine Home+Design provides a preview of the exhibition here.