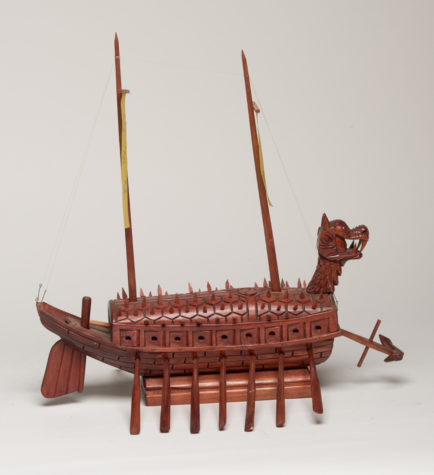 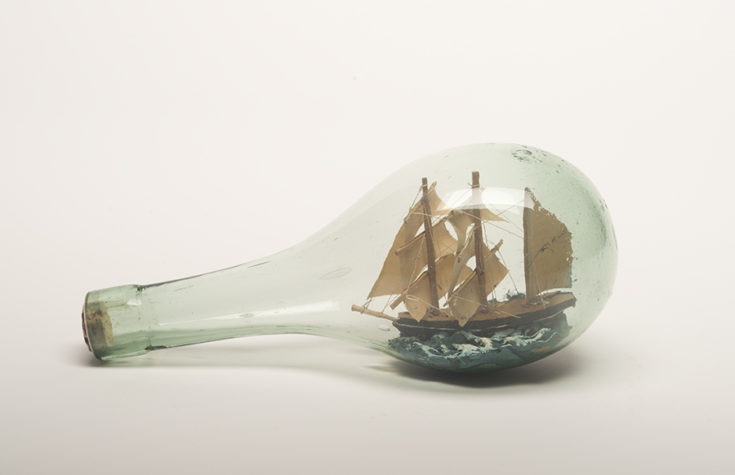 Model in bottle, gift of Dena and Morton Katzenberg 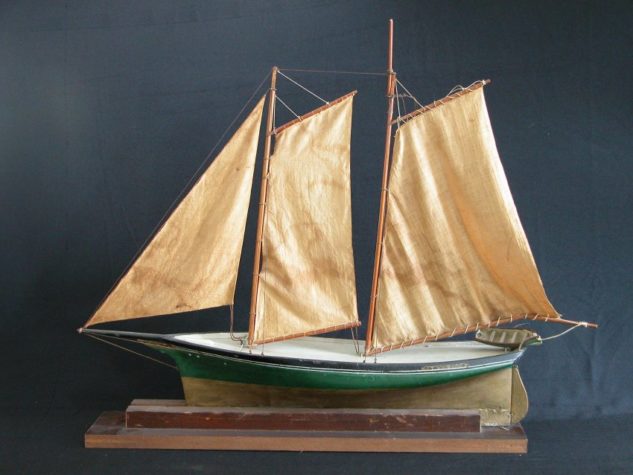 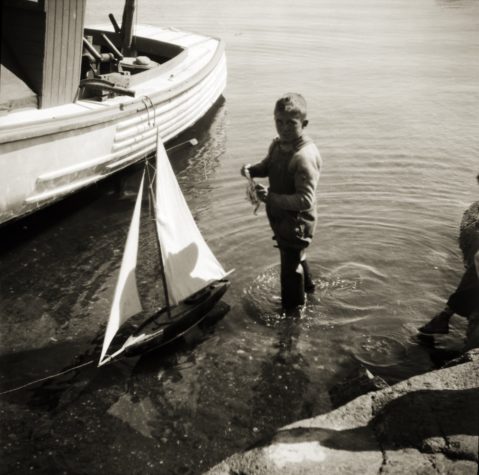 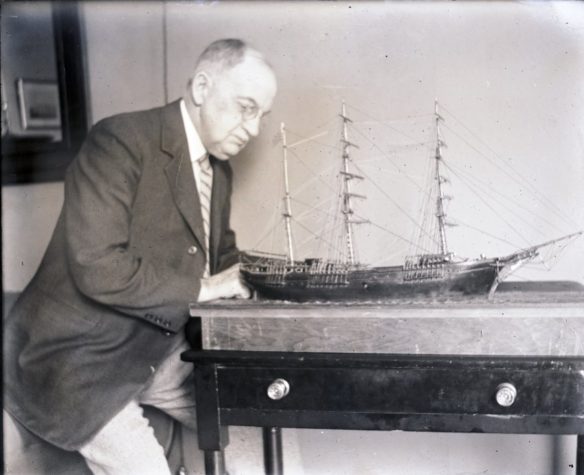 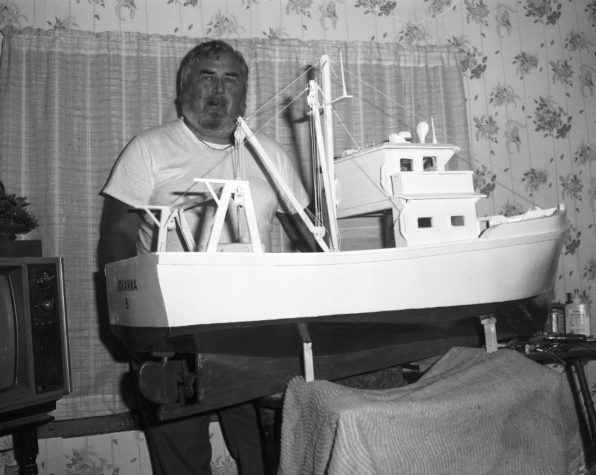 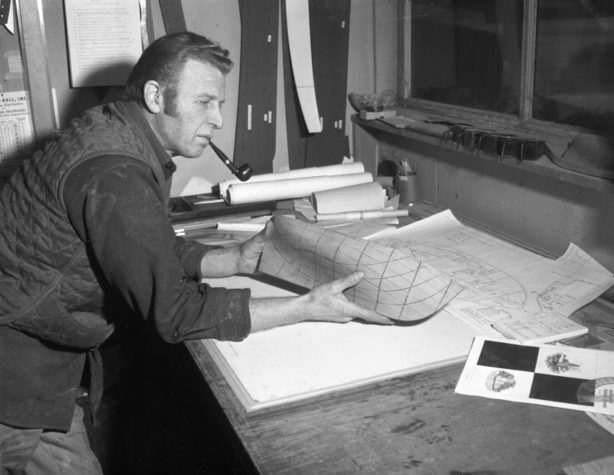 Bob Lane with his model in preperation for building the full size ship, Red Boutilier Collection

Maine’s shipbuilding tradition carries with it an unexpected legacy: model making. Models are sometimes built as prototypes or representations of other, larger ships, while others are whimsical creations crafted purely for their own sake. Both welcome experimentation with design elements and ornamentation. Like many forms of craftsmanship, model making hovers in the gray space between utility and art, its inspirations rooted in the twin desires to craft a buoyant, well-designed vessel, (no matter the size), and to elicit emotion, including a deep appreciation for boats and the adventures they give rise to.

From May 26 through October 21, the Penobscot Marine Museum in Searsport will exhibit Sailing Small: Small Boats, Big Ideas to explore what inspires us to build and collect models. The exhibition uses items from the museum’s collection, including photographs and miniatures, to tell the story of model making in Maine. One miniature depicts the two-masted schooner J.T. Whitmore, while another model depicts a Korean turtle boat and was brought to the United States as a souvenir in the early 1970s. The photographs turn the gaze toward the makers: in one image, Elmer Montgomery constructs a model of a peapod, a small traditional fishing craft. In a model shop set up as part of the exhibition, a series of canoes by Burt Libby demonstrates the steps of boatbuilding, and audio and video interviews with model makers offer glimpses into the process from their perspectives. After exploring the history of miniature making and learning about how professionals build, visitors can construct their own models and set them sailing in the museum’s model pond. During the exhibition, speakers will also visit the museum to share their inspirations and experiences of building in miniature, including Al Ross, a draftsman for kit models and instructional manuals at Searsport’s BlueJacket Shipcrafters, and Nic Damuck, owner of BlueJacket Shipcrafters.

“Half-models for fishing vessels and sailing cargo ships carrying Maine’s exports of natural resources abound in the museum’s exhibits and storage areas, cataloguing the watercraft unique to the Gulf of Maine and the design principles universal to all boats,” says Cipperly A. Good, curator and collections manager at Penobscot Marine Museum. “Having the half-models and ship models of these historic craft helps us see the DNA of our current fleet of vessels.” 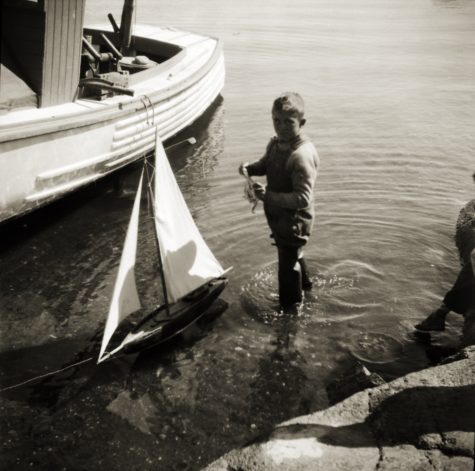