A new show at the Ogunquit Museum of Art spotlights the celebrated cartoonist’s environmentally focused works. 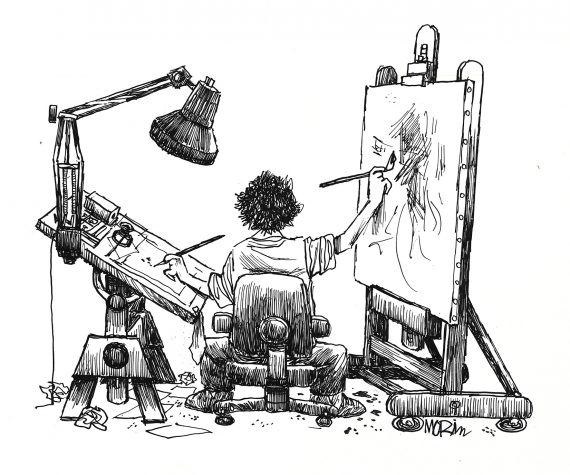 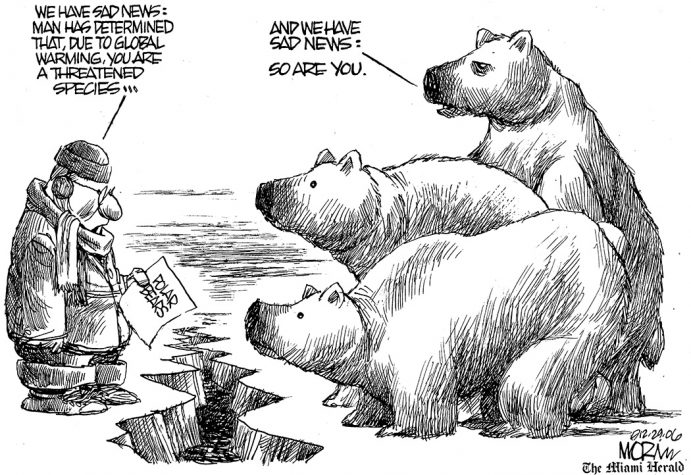 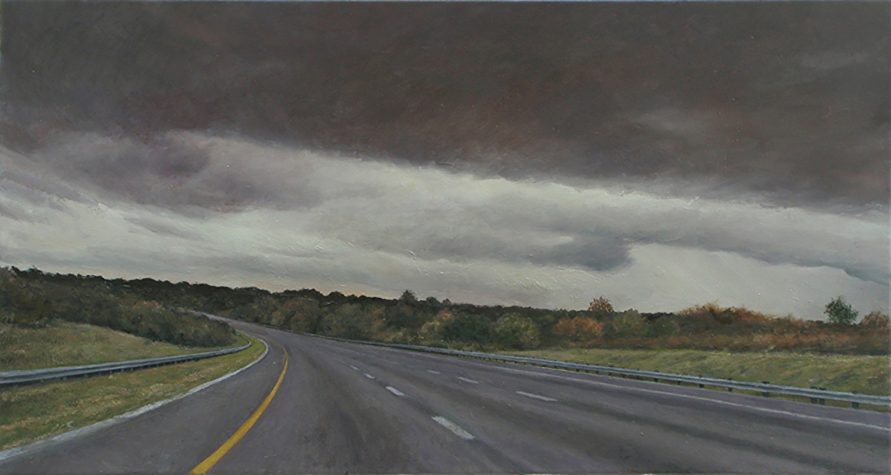 For Jim Morin, all art is political. As the editorial cartoonist at the Miami Herald for 42 years, Morin created witty, often biting cartoons that are nationally and internationally syndicated, and he’s received the Pulitzer Prize in journalism for editorial cartooning twice over, once in 1996 and again in 2017. If you’ve opened a newspaper (or scrolled through one) in the past couple of decades, you’ve likely seen a few of his works.

In his retirement, Morin, who now lives full-time in Ogunquit, is focusing on painting, with many of his subjects and themes taken from the grassy dunes and sandy peninsulas near his home. It may come as a surprise to the journalistic set, but as Martha Kennedy, former curator of popular and applied graphic arts at the Library of Congress points out, Morin has been painting for years. “He stands out from other great cartoonists in that he not only worked very hard as an editorial cartoonist—a really demanding profession—but also in the evenings, he would carve out time for oil paintings,” says Kennedy. “He has quite a history of exhibiting, too.”

A new show at the Ogunquit Museum of American Art (OMAA), Jim Morin: Drawing and Painting, which runs from May 1 through October 31, features a selection of Morin’s drawings and paintings that focus on the environment. “This strong concern and interest in the physical environment, the state of the physical environment, and how [Morin] has seen it change, and how different kinds of human activities have impacted the environment, is a major thread in his cartoon drawings,” says Kennedy, who curated the show with encouragement from OMAA’s new executive director, Amanda Lahikainen, also a scholar of satirical art.

Morin acknowledges that his paintings affect his drawings, and vice versa. This makes sense, since as a child, Morin was in awe of the work of Honoré Daumier, “the Michelangelo of caricature,” who rose to prominence as a caricaturist of nineteenth- century French politics and society and who also painted on the side. There will be a section in the OMAA show on artistic tradition and influences, in which Daumier will be featured.

“I think it’s interesting that Daumier was, like Jim, highly acclaimed for his satirical drawings,” says Kennedy, “and then later he gained recognition for his paintings.” Today, like Morin, Daumier is very much admired for his work in both mediums. “Satirical art is meant to help us, the viewers and the readers, think about ourselves and think about topics that are important to us in our time,” says Kennedy. For artists like Morin, oil paintings are no less thought provoking. “You can see, in his landscapes and seascapes, a fascinating focus on the atmosphere and how it changes, different cloud formations and color, and other aspects of the landscape as well.” Gazing through Morin-colored glasses, the viewer sees the natural world as something to be celebrated—and protected.