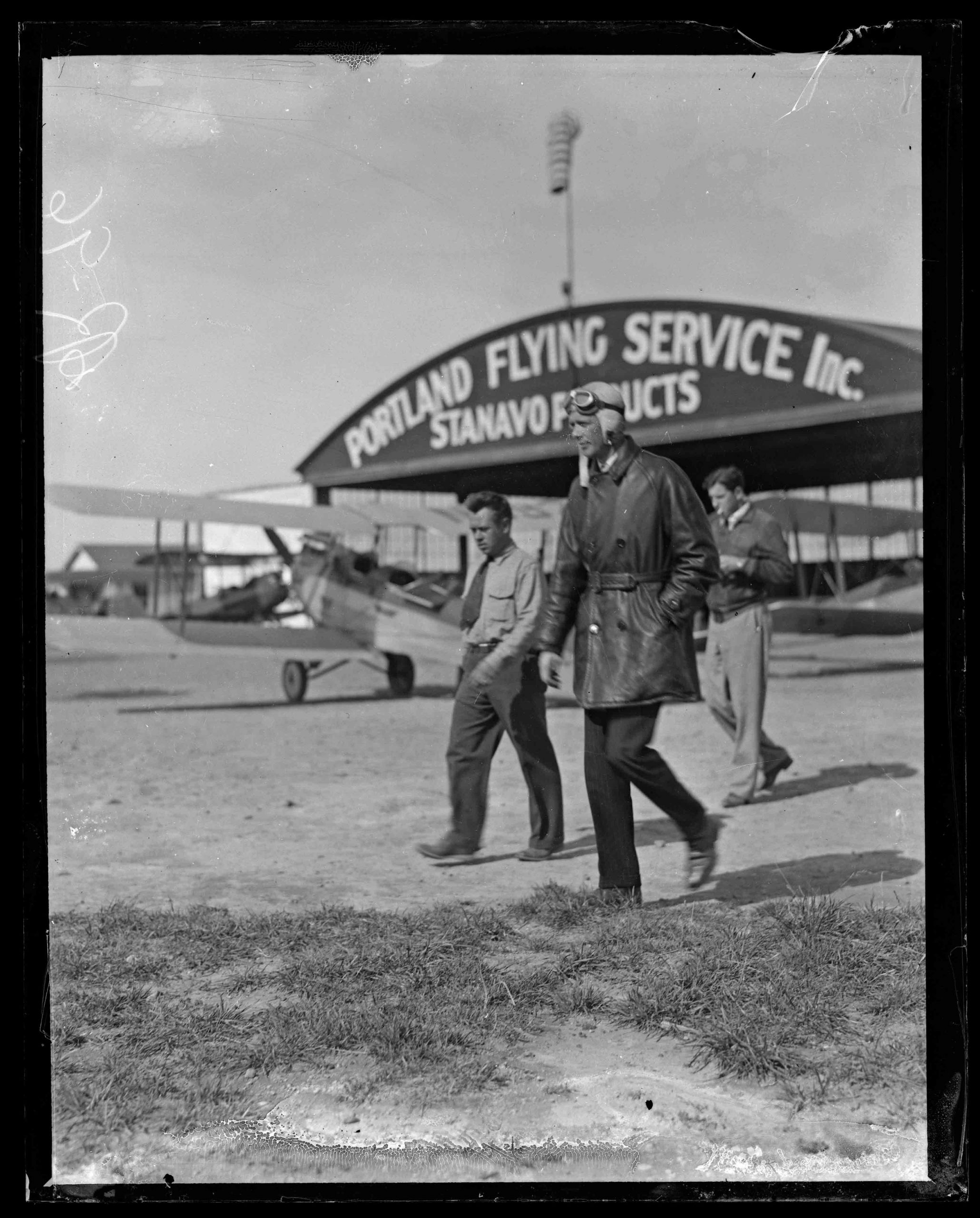 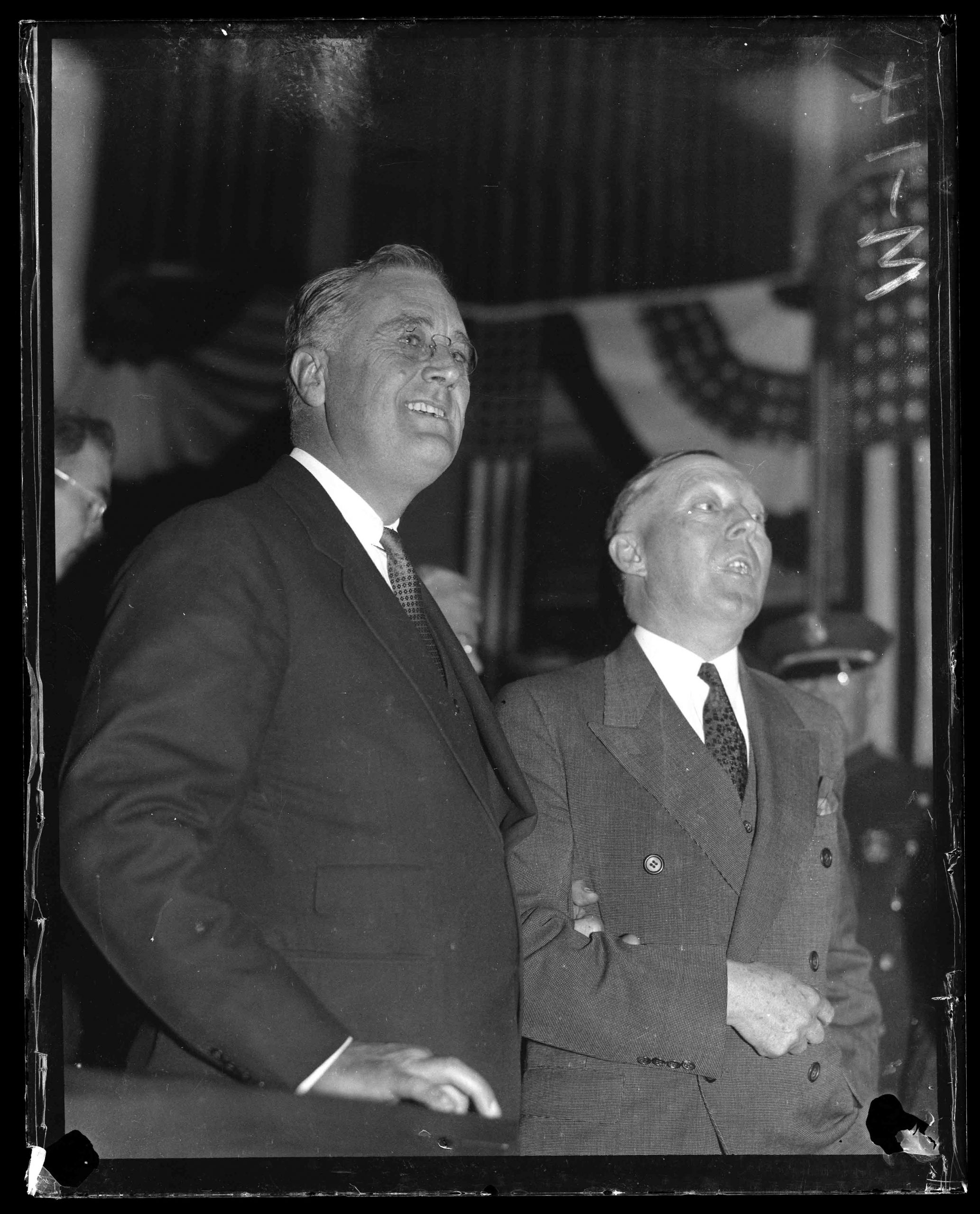 Before he was elected president, Franklin D. Roosevelt delivered a campaign address to the people of Maine in Portland on October 31, 1932. Here, he is accompanied by governor elect Louis J. Brann, who toured the state with Roosevelt during his campaign. 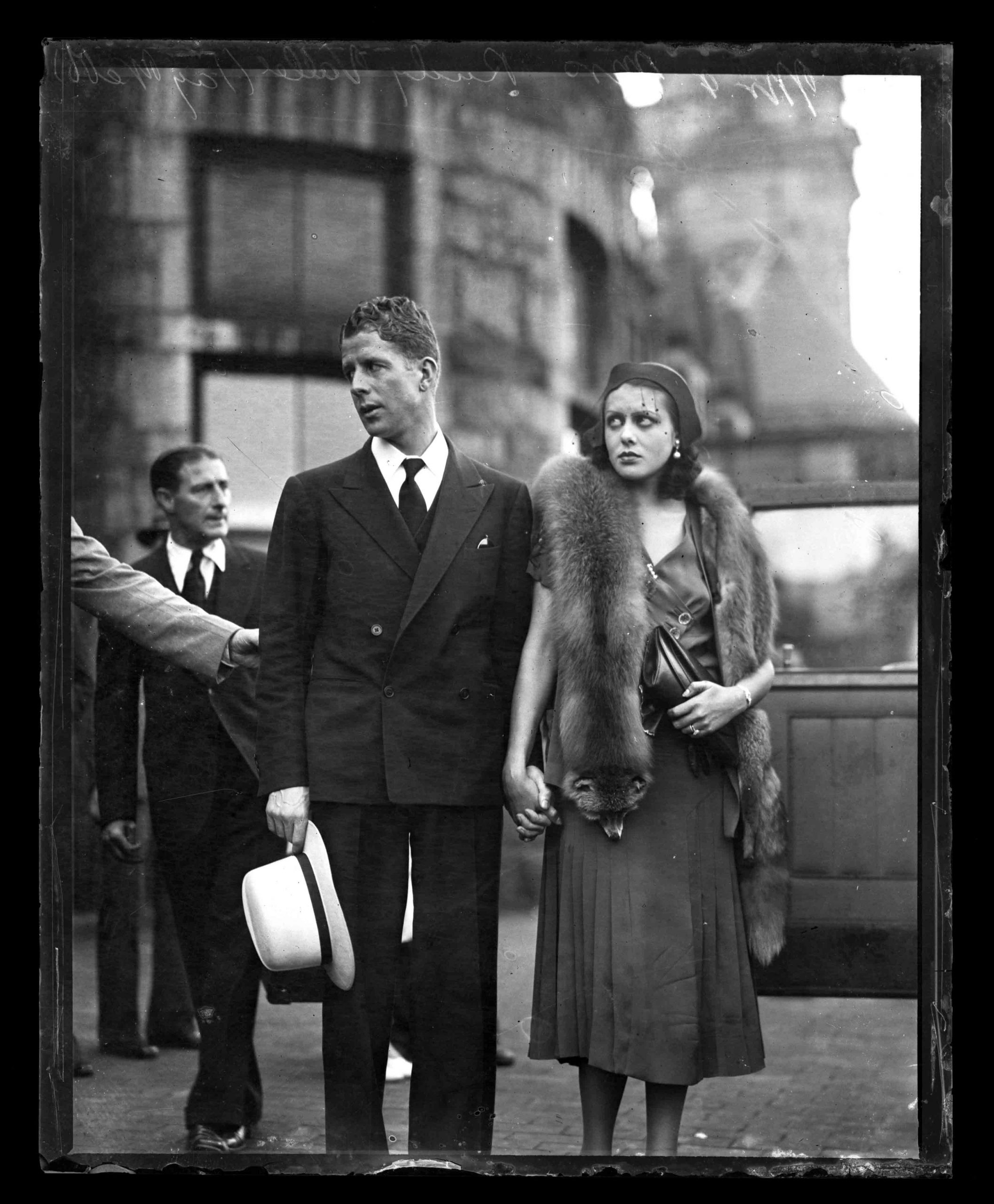 Rudy Vallée, who grew up in Westbrook, was a famed bandleader, singer, and actor who started his career in the 1920s. By the 1930s, his music topped the charts with “z,” the University of Maine’s school song. Fay Webb was Vallée’s second wife and an actress for MGM, although she never secured a credited role before her untimely death in 1936 at age 29. 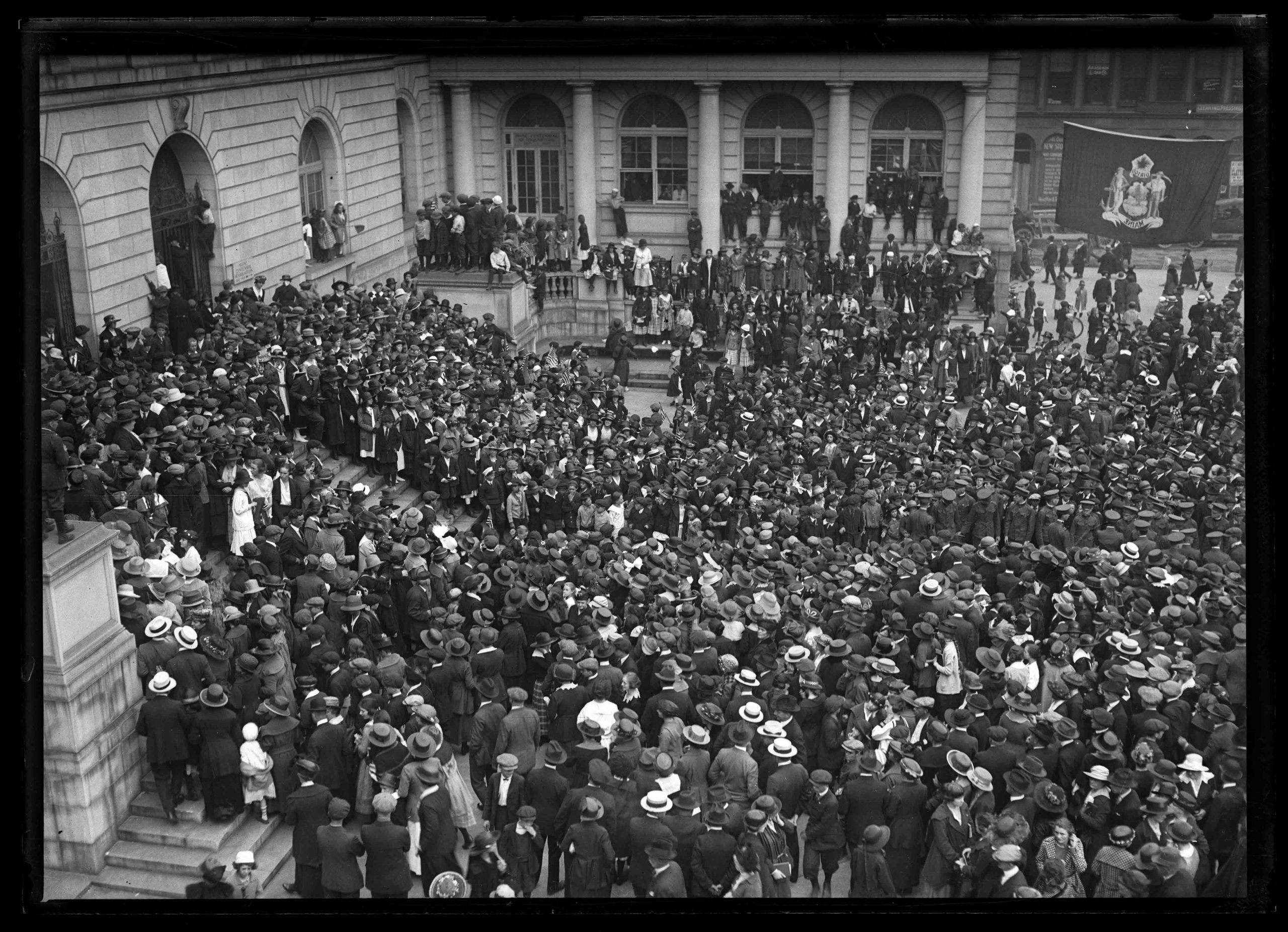 In June 1920, General John J. Pershing, who was the commander of the American Expeditionary Forces during World War I, visited Maine and spoke in several towns. When Pershing spoke at Portland's City Hall, more than 2,000 people were in attendance. 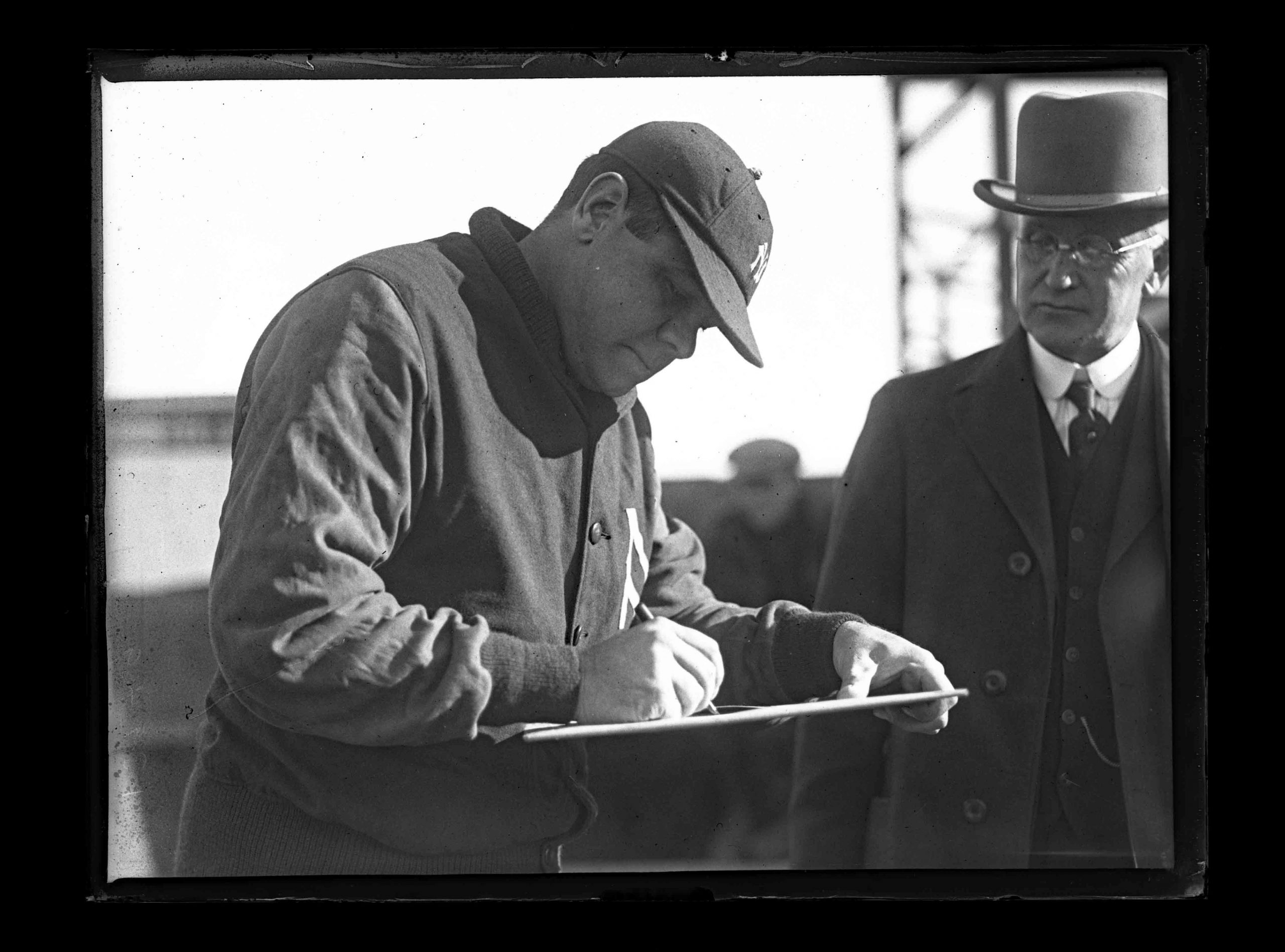 Throughout his career, Babe Ruth visited Maine often for work, vacations, and hunting trips. In this particular image, Ruth is signing autographs in Portland in 1926 while adorned in Yankees gear. Even after he retired, Ruth continued to visit Maine for guest appearances.

Newspaper photojournalism got its start in the early 1920s. Newspapers began to feature paparazzi-style candid photographs of celebrities, politicians, athletes, and local icons alike to help bolster sales and target new audiences. Maine’s Portland Evening Express began to publish such images within its own pages. When Guy Gannett took ownership of the Evening Express in 1925, he capitalized on his love of photographs, and the newspaper became nationally known for its photography. According to a press release, the newspaper featured photos of celebrity outings, public events, celebrations, and “everyday people.” The Evening Express’s commitment to photojournalism lead to consistent local interest and support until the paper shuttered in 1971. Icons and Inﬂuencers revisits these images in an exhibition of photographs from the Portland Press Herald’s Glass Negative Collection, on view at the Maine State Historical Society until January 31, 2020.