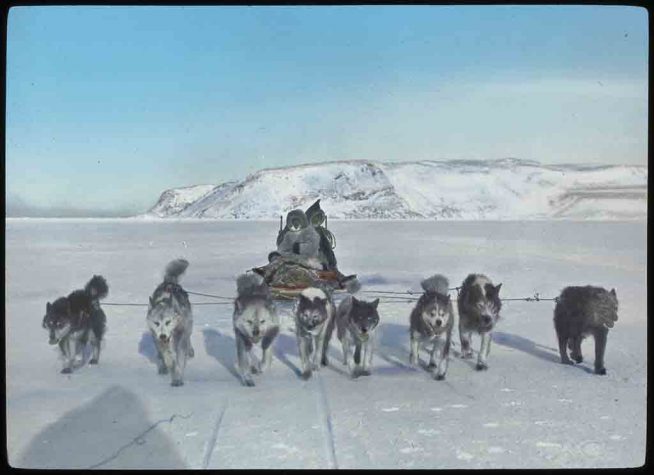 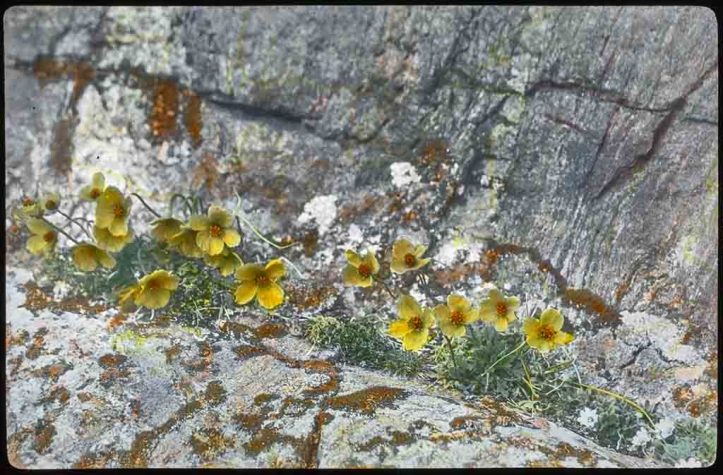 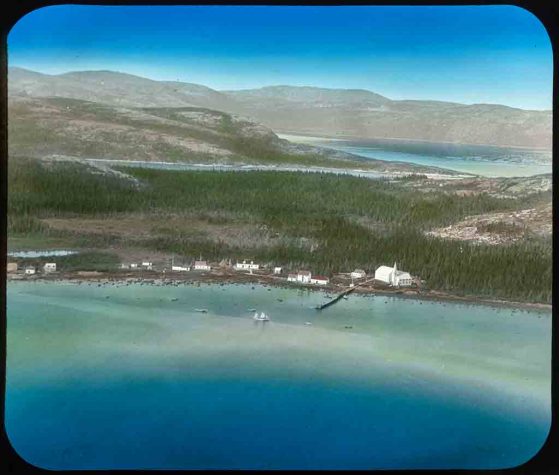 The Peary–MacMillan Arctic Museum at Bowdoin College welcomes an exhibition of lantern slides from the early 1900s documenting one explorer’s Arctic adventures.

The Peary–MacMillan Arctic Museum’s newest exhibition, Colorful Arctic: Donald B. MacMillan’s Lantern Slides, showcases newly digitized images from Donald B. MacMillan’s collection of hand-tinted glass lantern slides. MacMillan was an American explorer, sailor, and researcher who made more than 30 trips to the Arctic in his lifetime. During his expeditions, he often used glass lantern slides to document the life, people, and places he encountered.

Between 1909 and 1940, MacMillan traveled the United States and delivered lectures about the Arctic that were illustrated by his glass slides, which were hand tinted in a time when color photography was not yet accessible. Large audiences attended his colorful lectures as he shared the beauty of a land that most people never have the opportunity to visit. In his slides, MacMillan captured the vast landscapes of Greenland, Labrador, and Baffin Island and the everyday plants and animals he found along the way. In total, MacMillan captured more than 1,800 slides, choosing only his best images to accompany the lectures. According to a press release from the Peary–MacMillan Arctic Museum, the lantern slides were made by printing a black-and-white photograph on glass, then an expert tinter carefully colored the images based on instructions from MacMillan. Thanks to the Gladys Krieble Delmas Foundation, the Peary–MacMillan Arctic Museum was able to have the collection digitized. Colorful Arctic: Donald B. MacMillan’s Lantern Slides is on view at Peary–MacMillan Arctic Museum until March 29, 2020.