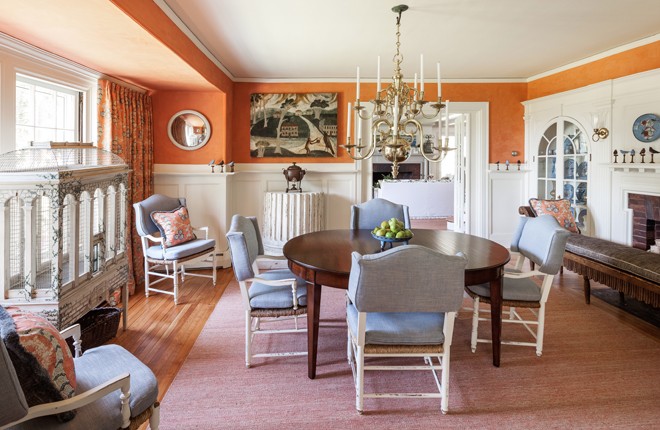 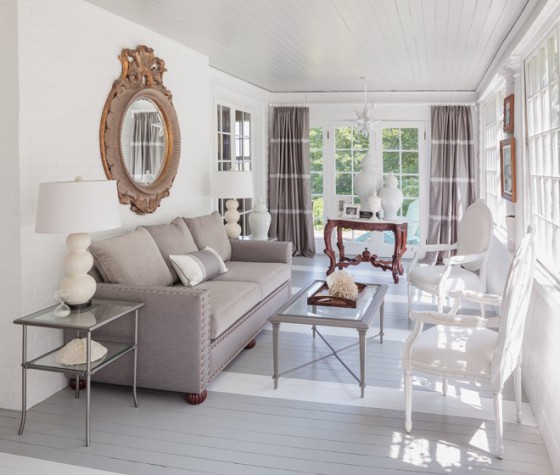 INSPIRED BY: Gray sand and sky, whitecaps of the sea, and white clouds above
THE PALETTE: Cool grays offset by crisp white and natural materials like wool, linen, jute, and velvet
STYLE STANDOUTS: A graphic gray and white striped floor, a sofa with oversized French hobnails, oversized white ginger jars 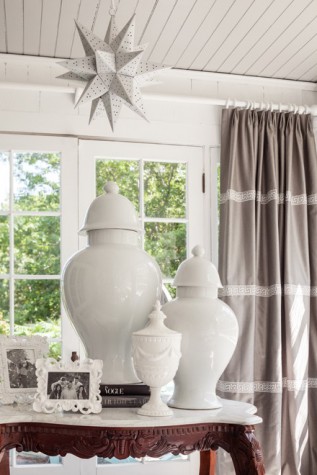 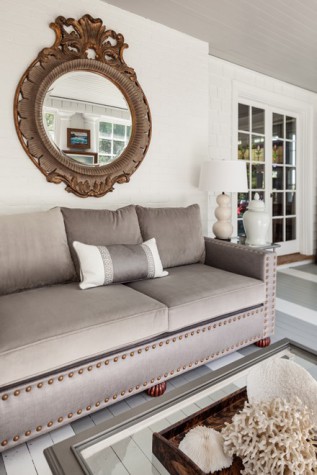 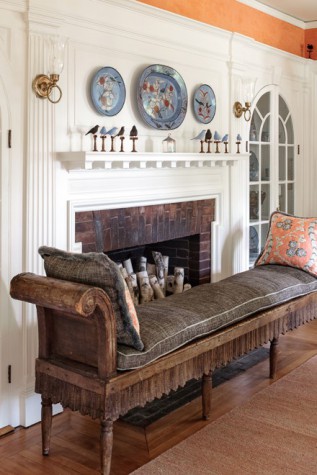 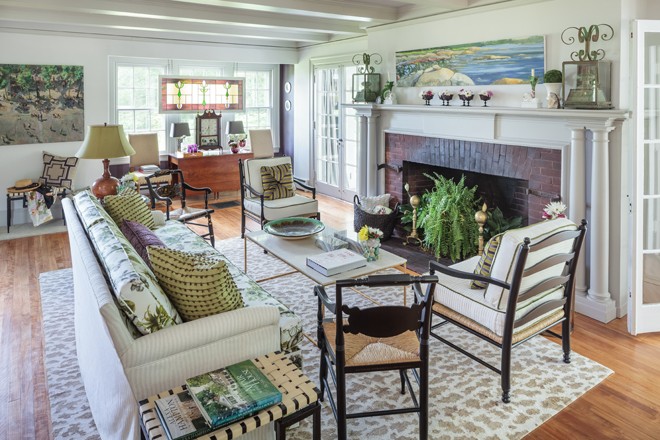 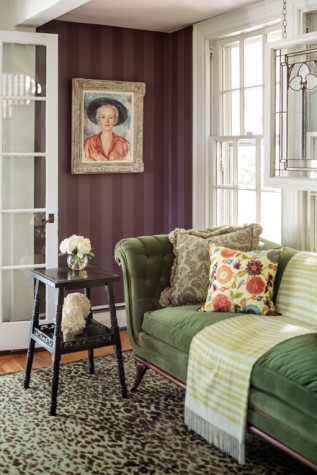 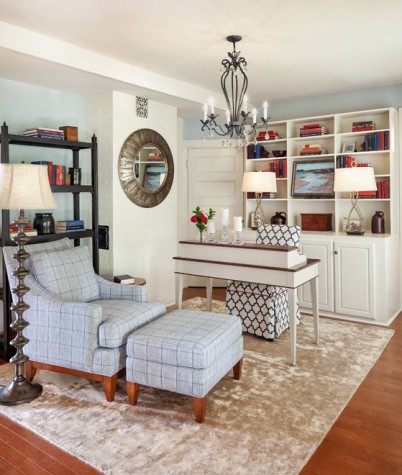 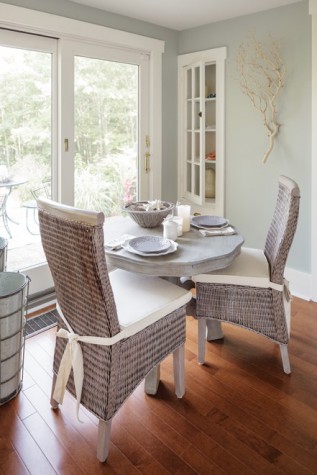 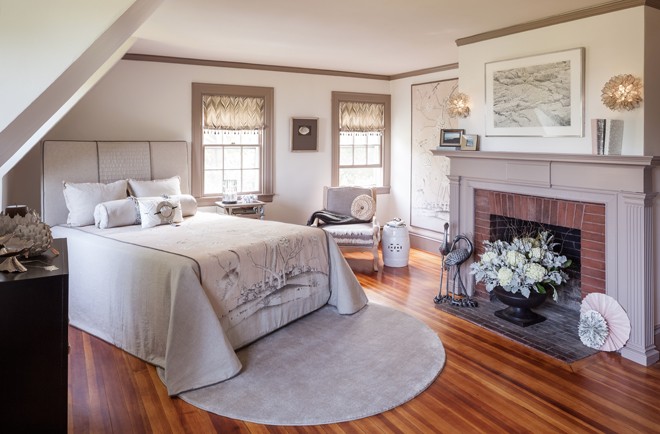 INSPIRED BY: The view and breeze through the windows
THE PALETTE: Neutral colors and soft linens
STYLE STANDOUTS: Focal fabric in Italian linen depicting a tree-of-life design with cranes and birds, linen-covered headboard, artwork from George Marshall Store Gallery 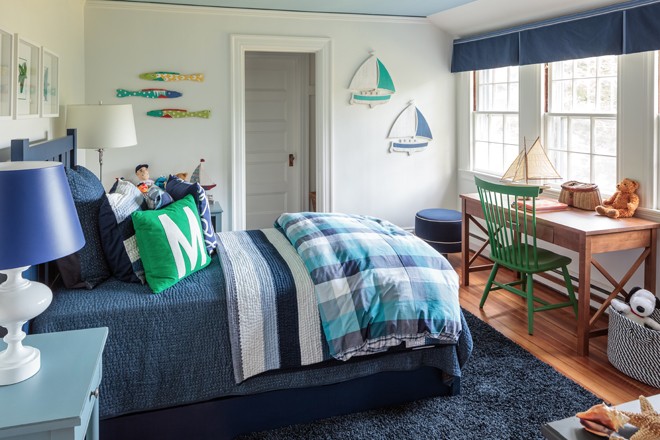 INSPIRED BY: A fun-loving nautical space for a boy THE PALETTE: Blues and greens
STYLE STANDOUTS: A trundle bed, nautical accessories, Berkshire Side Chair in green 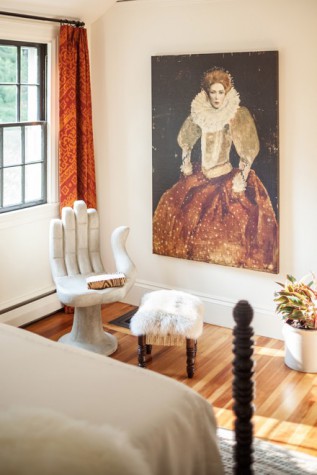 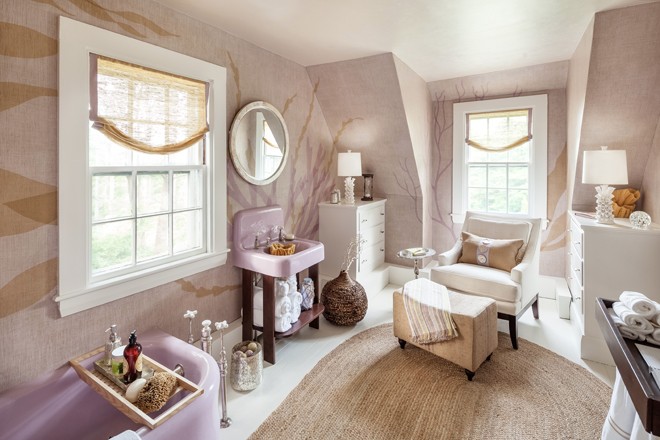 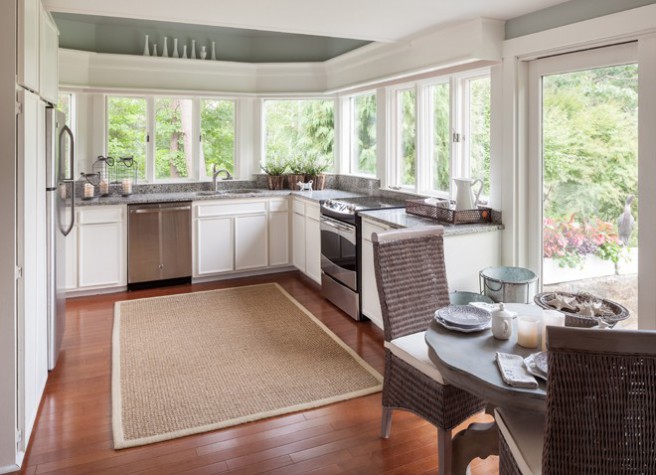 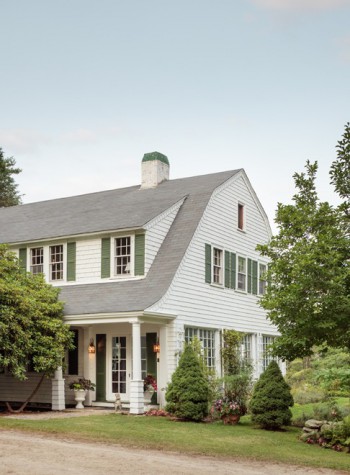 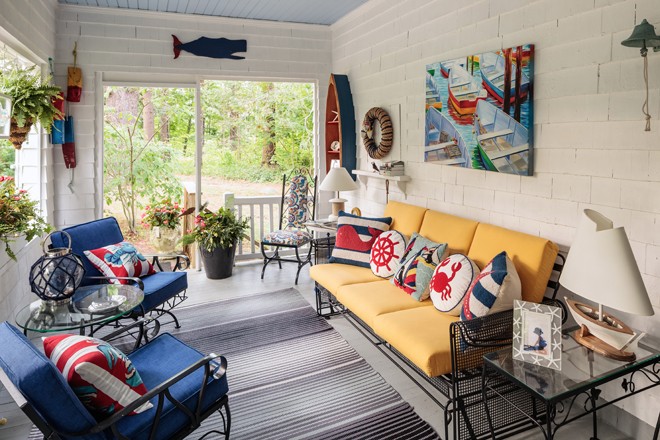 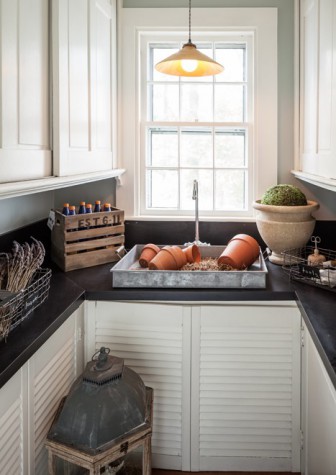 INSPIRED BY: The view of the river and the gardens
THE PALETTE: Soft coastal tones
STYLE STANDOUTS: An original pendant light fixture, a potting area, Quiet Home paint 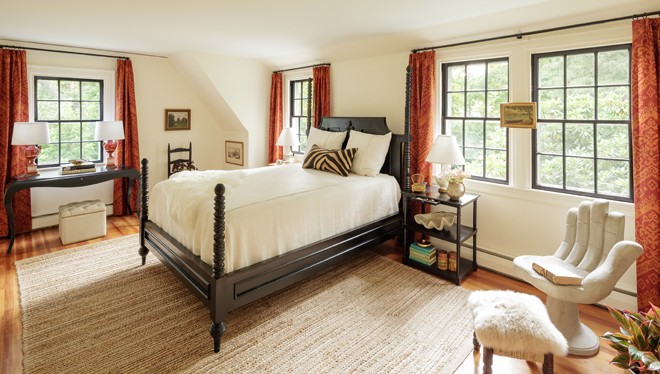 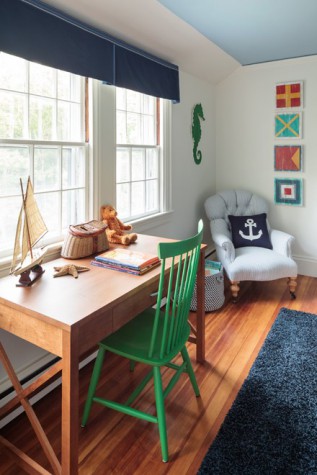 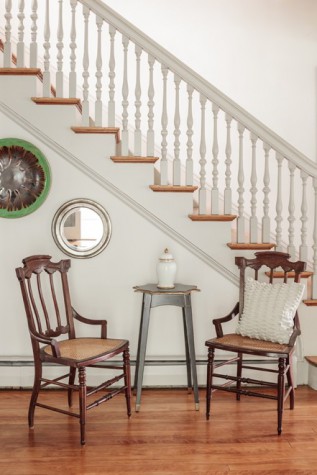 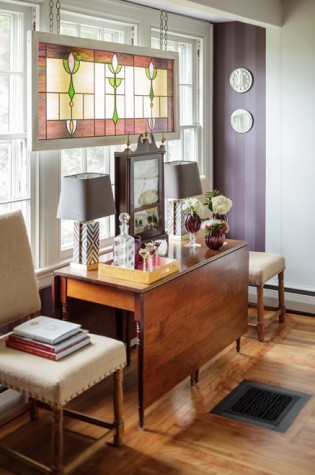 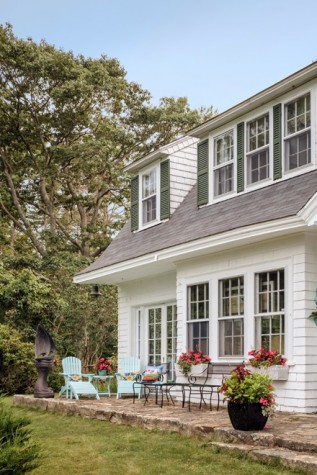 Harbor Lights, a grand old summer cottage, was built in 1906 for New Hampshire Governor Frank West Rollins. Rollins began summering in York Harbor in 1897 and a few years later found the perfect spot for his new summer home: on the west bank of the York River, on a ledge overlooking the water. The home borrows from both shingle-style and Dutch colonial architecture and was designed by Boston architectural firm Chapman and Frazer, who worked on institutions like Bowdoin College, as well as high-end homes in New England including more than 60 houses in Brookline, Massachusetts, from 1892 to 1926. The house’s generous porches and large, operable windows made it a prime spot to take in summer in southern Maine.

With views of the river and marsh—as well as the ocean beyond— the home was perfectly poised to offer nearly 20 designers endless inspiration as they transformed the home into a showhouse, room by room. Each space is a reflection of the designers’ individual interpretations of the house, its history, and their own personal style—as well as a few surprises. Here’s a look at some of our favorite rooms.