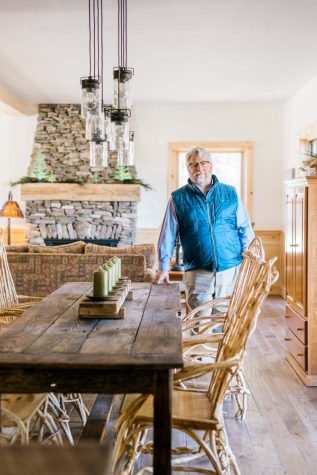 Scott Stone stands in the open living area of the Lake House, one of six model homes on show at the Schiavi headquarters in Oxford. An industrial-style fixture fitted with Edison bulbs paired with a salvaged wood table and chairs crafted from vines creates a modern-woodsy vibe. 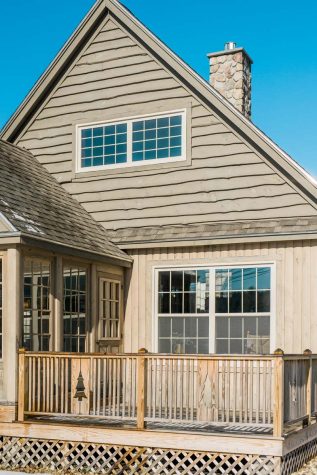 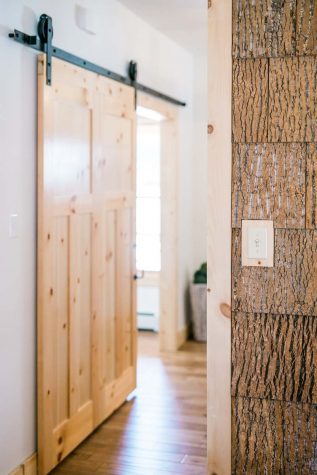 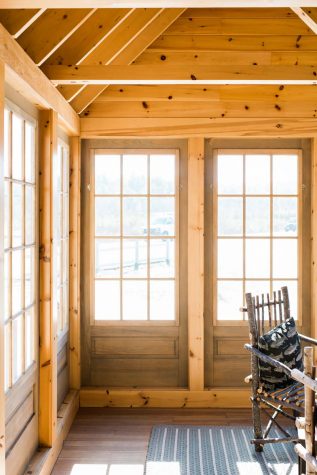 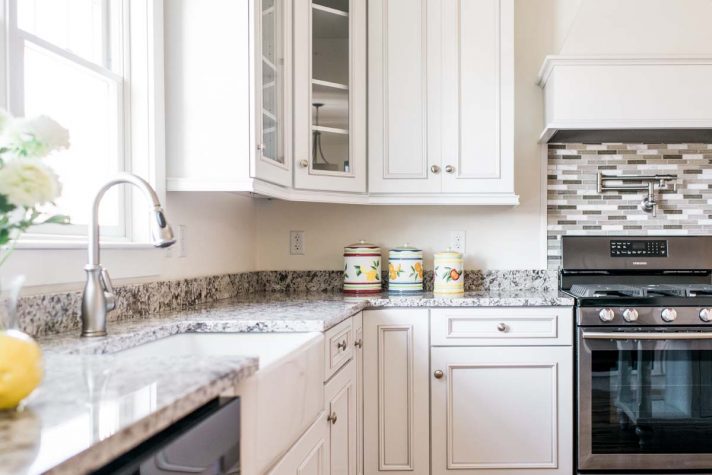 In the kitchen of the Craftsman model home—a shingle-style cottage built with empty-nesters in mind—Dahlia White granite countertops and a variegated glass-and-stone tile backsplash create a contemporary look. 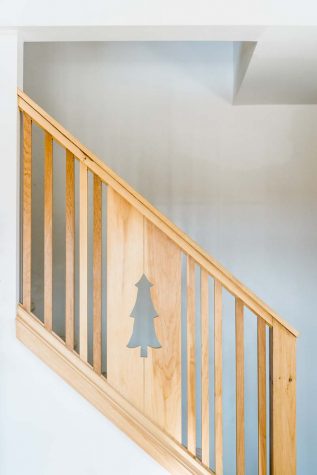 All of the homes at Schiavi Custom Builders are made within the four walls of a factory. This, as it turns out, is a very good thing. Owner Scott Stone describes the advantages—economic, environmental, and aesthetic—of using modular technology.

For the past 20 years, builder Scott Stone has been fighting an uphill battle. “People come into my houses and look around suspiciously,” he says. He bends down to knock on a variegated maple floor, gleaming like amber in the morning light, inside one of his custom-built homes. “Is this real?” he asks, mimicking a customer. He stands up and gestures toward a marble countertop: “Is this real?”

We’re standing in an airy, three-bedroom, shingle-style home with an open floor plan at Schiavi Custom Builders’ headquarters in Oxford, and Stone is explaining the challenges he faces as a builder using modular and prefabricated technology and the steps he must take to win over consumers. “We imagine a perfect homeowner for each of our houses,” he says. “This one might be for a couple of empty-nesters, or perhaps a single woman in her 60s. We decorated it for her.” The result, which combines Stone’s construction know- how with the interior design sense of his wife, Tia Stone, feels contemporary and feminine with its pops of bright color—think lime green pillows and an array of potted succulents—and sleek gray tile backsplash above a farmhouse- style kitchen sink.

A two-minute walk takes us to another showhouse, one of a half-dozen on the Schiavi property. “How many builders do you know who have six showhouses for buyers to see?” he asks before answering his own question. “None, because traditional builders don’t have to prove what they can do.” He opens a windowed Arts and Crafts–style door and we walk into a ski chalet known as the Lake House. Rough bark defines the central exterior walls and appears again in the kitchen as inlaid crown moulding on the cabinetry, which is paired with a barn-board-topped island. It strikes me then that calling these homes prefab feels as out-of-sync as using the term “Jell-O mold” to describe a molecular gastronomist’s aspic creation. These aren’t your grandma’s prefab houses. They’re beautiful, artful, and, much to my surprise, quite cool. (I later suggest to Stone that perhaps millennials would be a good market for his houses, since my generation craves ease and comfort and eco-friendly products. In response, Stone snaps his fingers. “Yes! I think so.”)

Despite his success as a builder, Stone still needs to change how people perceive homes made of factory-built materials. It’s an ongoing process of educating the public and showcasing his work. Although Stone has collaborated on some seriously high- caliber projects, including a hypermodern million-dollar home in Scarborough designed by Falmouth architect Kevin Browne, many consumers still misunderstand the custom-build nature of his business. “The real problem,” Stone explains early in our meeting, “is people want to use ‘modular’ as a noun when really it should only be used to describe the technology. It’s an adjective, and I’m a builder, plain and simple. I build houses, and I do it well.”

While some builders use modular technology to create a series of boxy structures that look exactly alike, Stone’s products vary widely based on the needs and desires of his clients. The one thing all the homes have in common is that their major structural components are built inside a factory with precision and according to Stone’s exacting standards. Drywall, insulation, and wiring go in before ceilings, walls, and floors are shipped to the building site for assembly. The resulting homes are more affordable than many “stick-built” houses due to the waste- reducing nature of the factory process. “Let’s say you’re a builder and you cut a piece of wood on-site. Now you need 6 feet of wood, and you have just a little piece left. What do you do with that? You throw it on your trash pile,” says Stone. “In the factory, we can take that 10 inch piece of wood and use it for a jack-stud; a piece as small as 2 1/2 inches can be used to frame window headers.” Another perk of the process is that Stone doesn’t need to plan his work around Maine’s mercurial weather patterns. “We take five months to build a home—compare that to your average nine months,” he says.

Weather can also affect how the various parts of a home fit together, from the joints in the walls to the setting of a doorway, says Stone. In Schiavi’s factory, the components are constructed in a controlled environment where they can’t be warped by moisture, creating a more airtight structure. Because the pieces arrive at the site prebuilt, the craftsmen can assemble them more quickly, greatly lessening the time that the guts of a house are exposed to the elements. The result? “Our energy efficiency is off-the-chain,” says Stone with a slight smile.

This is typical Stone, I learn. The bespectacled builder is funny and a little brash, with plenty of energy and a lot of passion for his chosen career. Before he owned Schiavi, he worked “swinging a hammer in the factory” for 15 years. He then spent 10 years as a salesman. In 1997 he joined forces with John Schiavi to restart the company, which had been on hiatus. For Stone, the decision to go all-in as an owner was an easy one, as he has always believed in Schiavi’s products. “Maine-built products will always be the best. And having construction done in a factory simply makes sense. I know how well things are built. Nothing happens by chance here—everything is planned, down to the very last nail.”

This year Stone has 34 projects—all in Maine—coming down the pipeline, and he expects more. At an open house held last April he saw over 1,000 people come through his property. They were able to experience firsthand the diversity of his custom-built work, meet his sales reps, and examine the beauty of Schiavi’s craftsmanship. “Every house we have is real. Real stones, real wood, real quality,” he says. “Some of our customers save up their whole lives to have their own place. They retire after 25 years and all they want is their own little lakeside cabin. I can give that to them. And that’s the best part of my job.” That joy, like everything else at Schiavi, is real.